10 Destination Twins to Twist Your Mind and Tongue

You say Auckland, I say Oakland. So many destinations have the same name—or ones that sound alike—that it’s not so rare to end up in a place you never meant to go.

If the price seems too good to be true, or it takes only a couple of hours to reach the other side of the world, there’s a reasonable chance that you’re not going where you want to go! Here are 20 destinations worth double-checking before you whip out the plastic and head to the airport, ferry dock or train station.

One is home to Kiwi fruits and the other one…isn’t. In 1985, a California student was heading home after several months in Germany. He flew via London, England to Los Angeles where he was due to change aircraft for the final 541-kilometre hop to Oakland, California. Alas, a simple mistake—and no fewer than two confused questions, three misheard announcements and a badly-crumpled and barely legible ticket—led him to board an aircraft bound not for Oakland but to Auckland, New Zealand, a considerably further distance away. His error was discovered, but not until he was airborne and hundreds of miles over the Pacific. 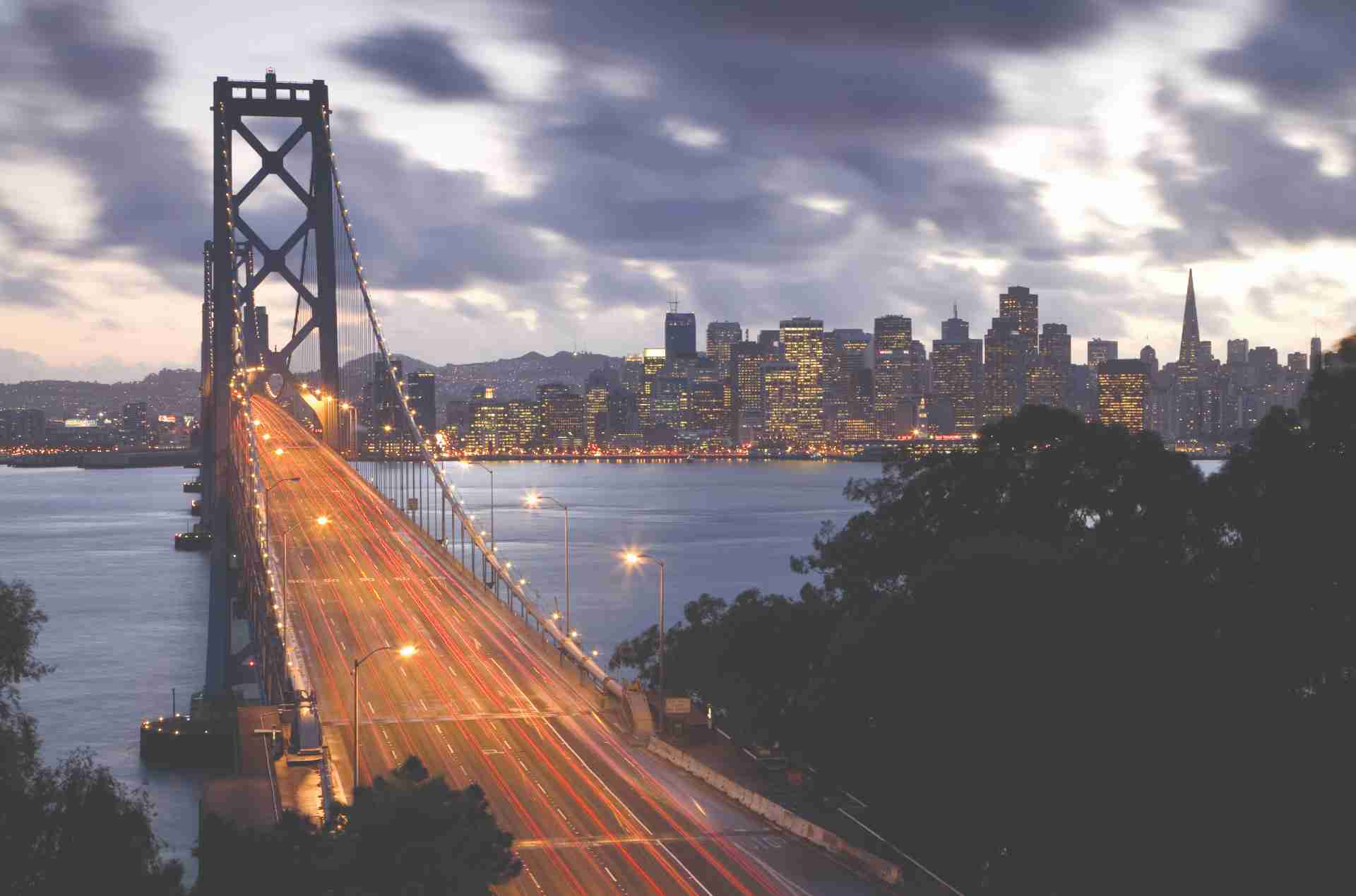 This is Oakland, California, NOT Auckland, New Zealand! (iStock/Crew141)

One eats haggis while the other…prefers witchetty grubs. At one time a frequent home to the Scottish royal court—and also former home to the famous Stone of Scone upon which the Scottish monarchs were crowned—Perth was once known as a capital of Scotland. Today it is probably better known internationally as the birthplace of actor Ewan McGregor, though the literary set might still think of it as “The Fair City” thanks to Scottish writer Sir Walter Scott’s The Fair Maid of Perth. 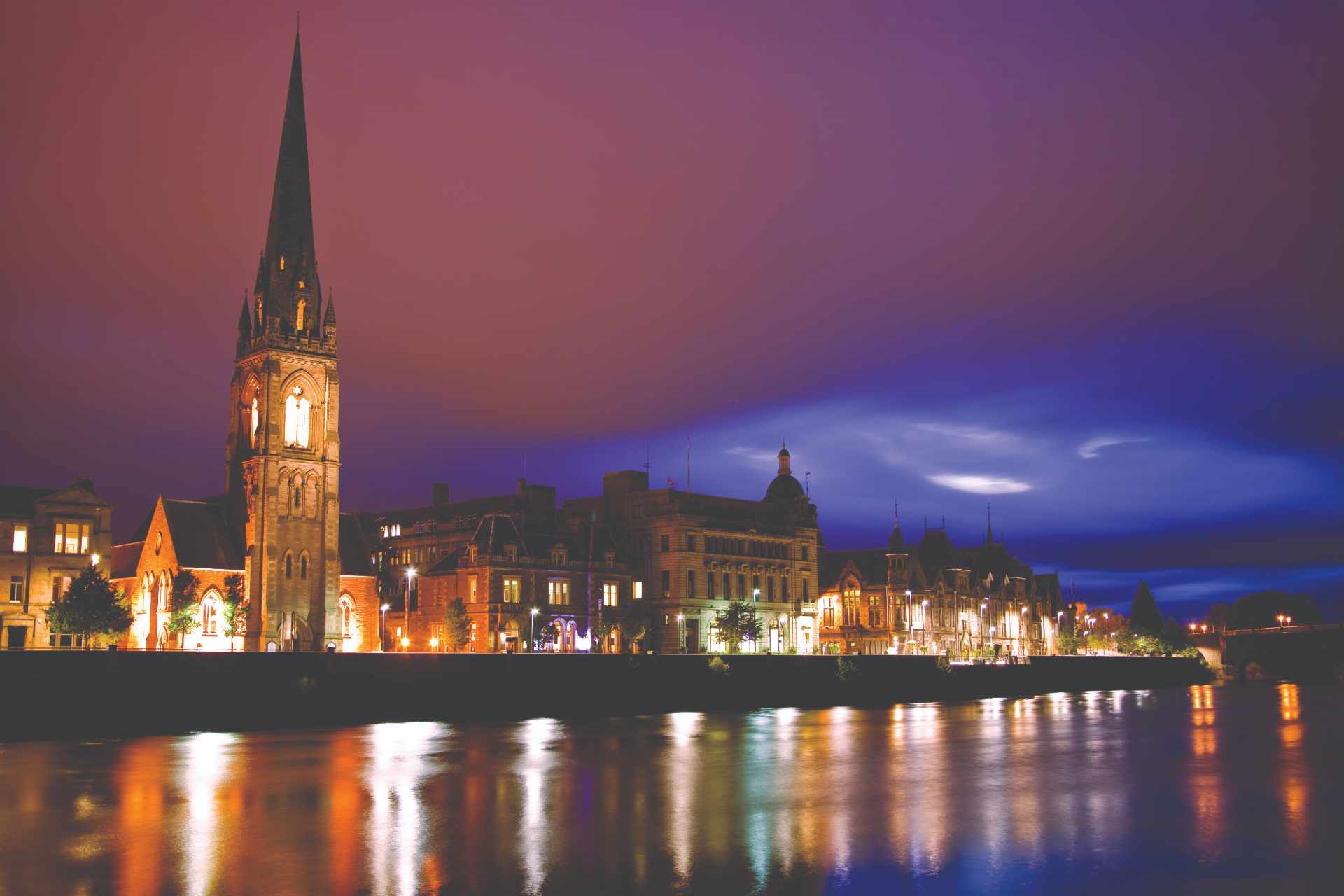 This is Perth, Scotland, not Perth, Australia! (iStock/Andrew Cunningham)

On almost the polar-opposite side of the world lies its namesake in Western Australia. Named after its Scottish forebear, Australia’s fourth-largest city sits on the Indian Ocean and Swan River, and is surrounded by spectacular coastline and awe-inspiring outback. Located closer to Jakarta, Indonesia than to its in-country sister city Sydney, Perth became known as “The City of Light” in 1962 when everyone turned their lights on as U.S. astronaut John Glenn passed overhead on America’s first orbital spaceflight.

One has shamrocks, shillelaghs and leprechauns, and the other…doesn’t. A British businessman instructed his secretary to book him and his wife a week’s vacation in a seaside cottage in Donegal. The secretary had the couple’s passports and credit card information on file and with some effort found a delightful seafront property and direct flights. It was only on the way to the airport that the boss took a closer look at the itinerary and decided that eight hours was a little excessive for a 400-mile flight from London to the northwest of Ireland. 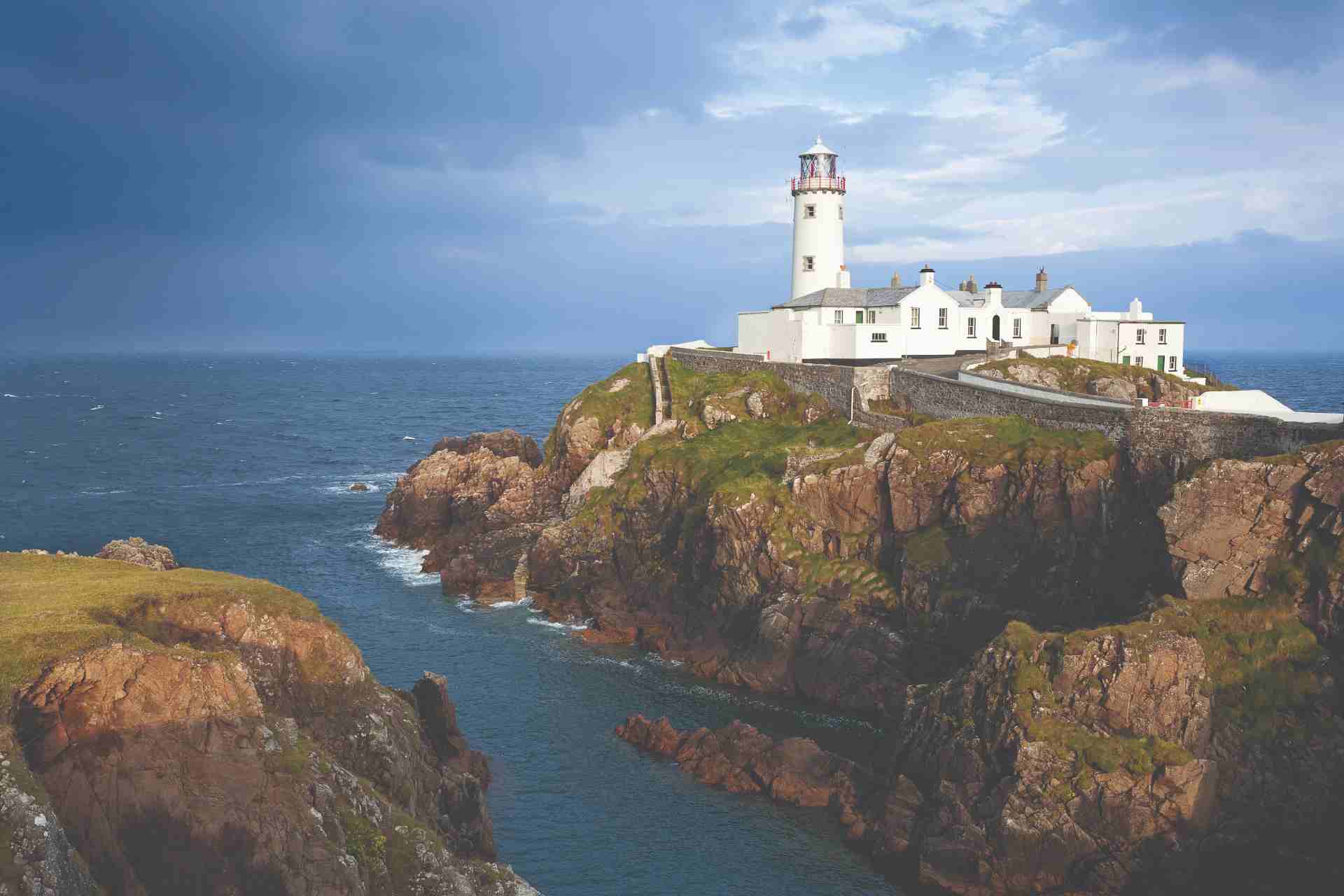 This is Donegal, Ireland, NOT the country of Senegal in West Africa! (iStock/Spumador)

The busy pair fortunately realized that DKR was not the airport code for Donegal after all, but for the capital of Senegal, West Africa. Thankfully, the error was noticed before the couple took to the air and new arrangements were hastily made.

One has a large Italian population and one…has an even larger Italian population. Toronto is not only the largest city in Canada, but also one of the most multiculturally-diverse cities in the world. With more than half the population born outside the country and almost half having a mother-tongue other than English, it’s never a challenge to find an interesting international eatery in Toronto, regardless of your taste. 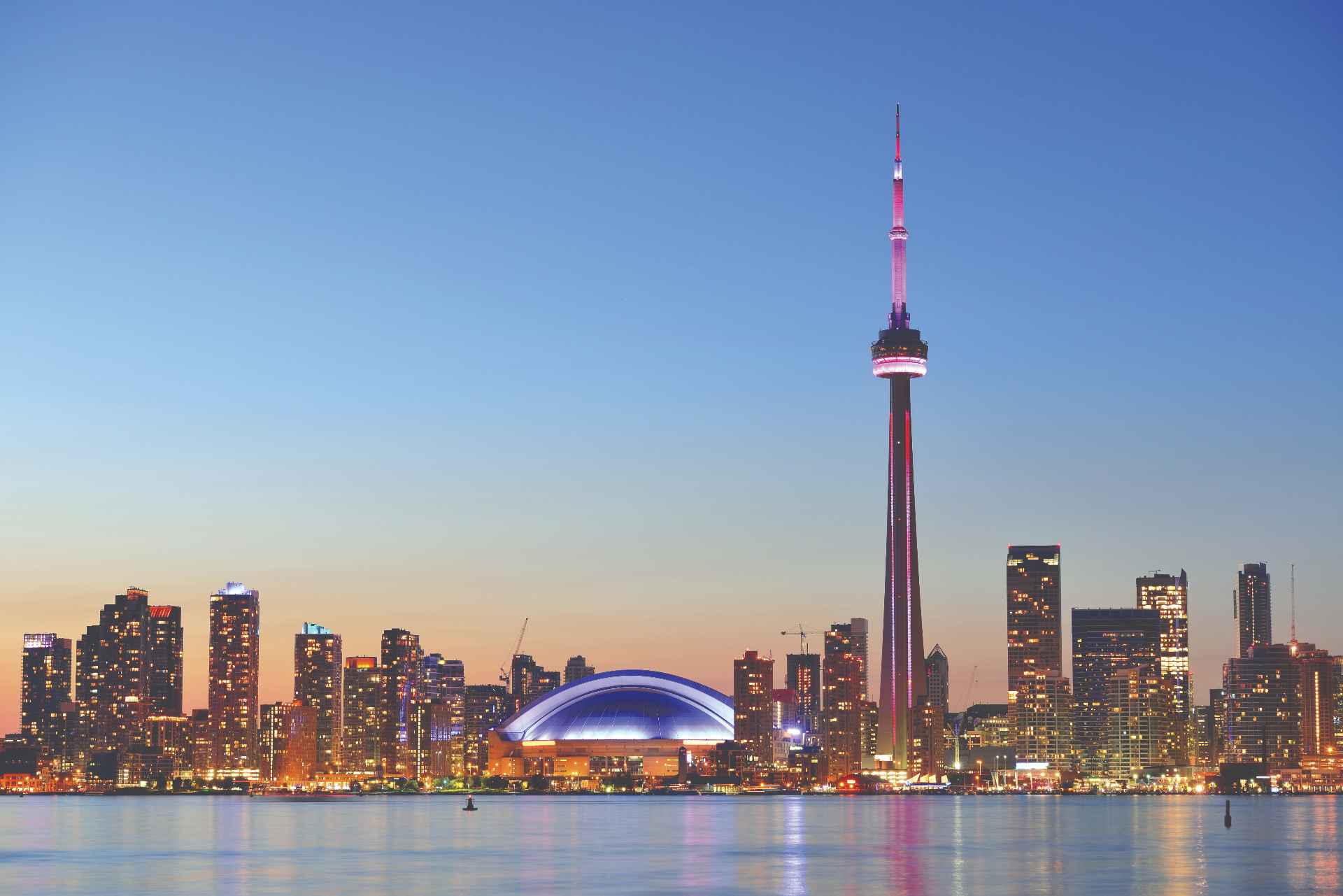 This is Toronto, Canada, NOT Taranto, Italy! (iStock/S. Deng)

And with more than 475,000 claiming Italian ethnicity, Toronto has more than twice as many Italians as the Italian city of Taranto! Located in Puglia in southern Italy, Taranto is tucked in where the heel meets the sole of the Italian boot on the Ionian Sea. An ancient and strategically important city, it’s also the ancestral home of Quentin Tarantino!

One hosted the 2000 Olympic Games, while the other…didn’t. It was August 2009 and grandfather and grandson were headed to Australia to see kangaroos, koalas and a particularly nice opera house. Their first leg from Amsterdam took them to Halifax, Nova Scotia where they connected to a direct flight to Sydney. 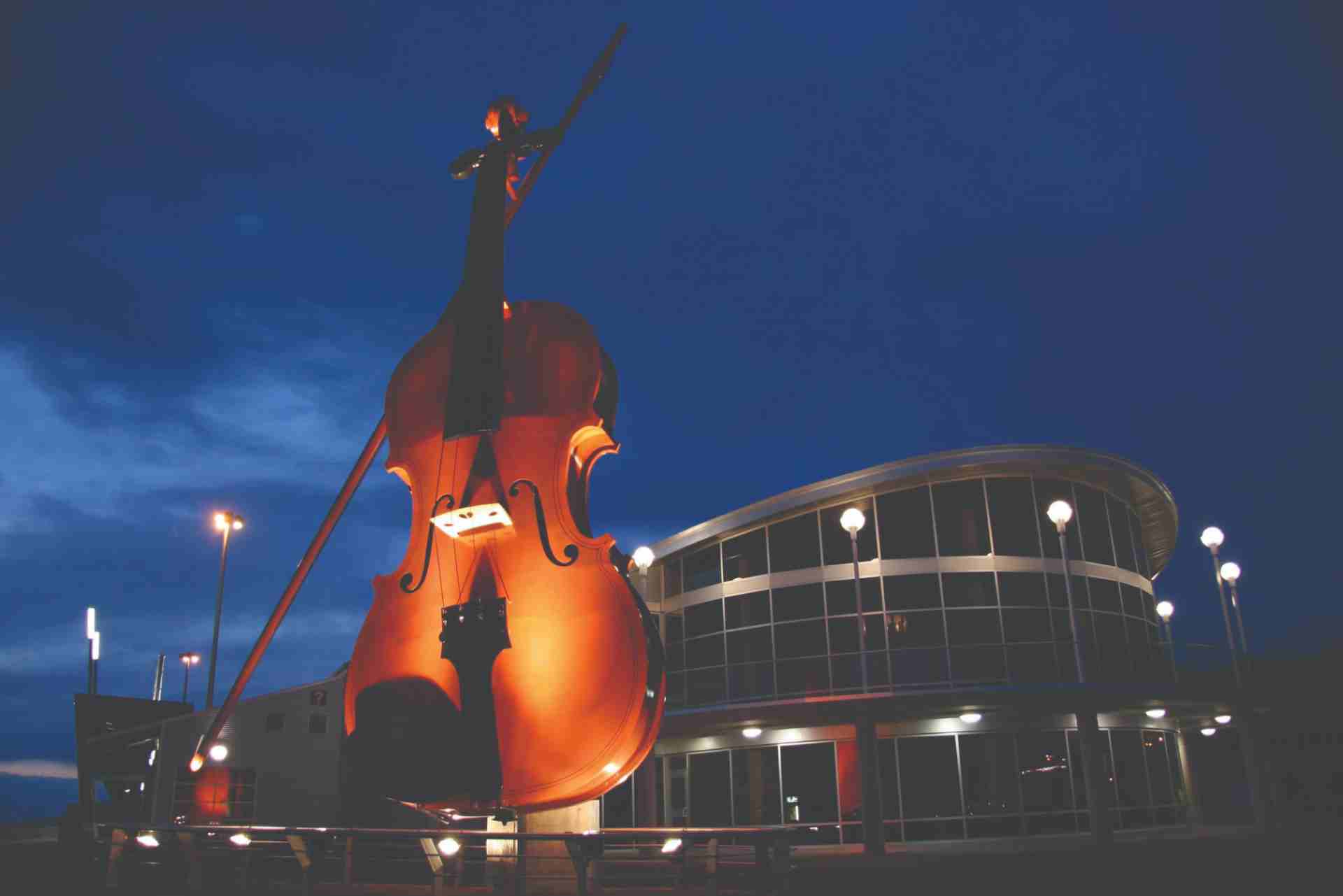 Alas, the much smaller propeller-driven commuter aircraft that should have set their alarm bells ringing didn’t take them across the Pacific, and a short while later they arrived in Sydney, Nova Scotia. Instead of throwing another shrimp on the barby, the dynamic duo settled for Atlantic lobster, before returning to Holland the next day.

One used to be called Leningrad, and one…didn’t. Things were just so much easier when it was called Leningrad, or even Petrograd, but these days Russia’s former capital is back to its original name: St. Petersburg. Also referred to as the Venice of the North (along with Amsterdam, Bruges, Copenhagen, Manchester and Stockholm!), Peter the Great’s namesake brims with magnificent buildings and world-famous museums.

Every year, visitors flock to Russia’s former capital—but if that flight to Eastern Europe seems a little cheap, there’s a good chance you’re heading to the other St. Petersburg. “St. Pete,” as it is often referred to, was actually named after its Russian namesake by cofounder Peter Demens who had spent half his youth in the Baltic gem. While Florida’s version has a few museums—including the Salvador Dali Museum and the Museum of Fine Arts—most visitors are drawn there by its sun-soaked beaches.

One is the gateway to one of the world’s best jazz festivals, while the other…isn’t. In 2012, an American couple decided to visit Senegal in West Africa on vacation. They booked their flights with Turkish Airlines and headed off to Istanbul on the first leg of their route. In Turkey’s largest city, they connected to their Dakar flight only to discover once airborne that they were flying due east, not southwest. “Are we headed to Dakar?” they plaintively asked a flight attendant. “Yes we are,” she answered. “Bangladesh.” Upon arrival in the bustling South Asian city, the airline flew them onto Africa, with their bags following several days later. 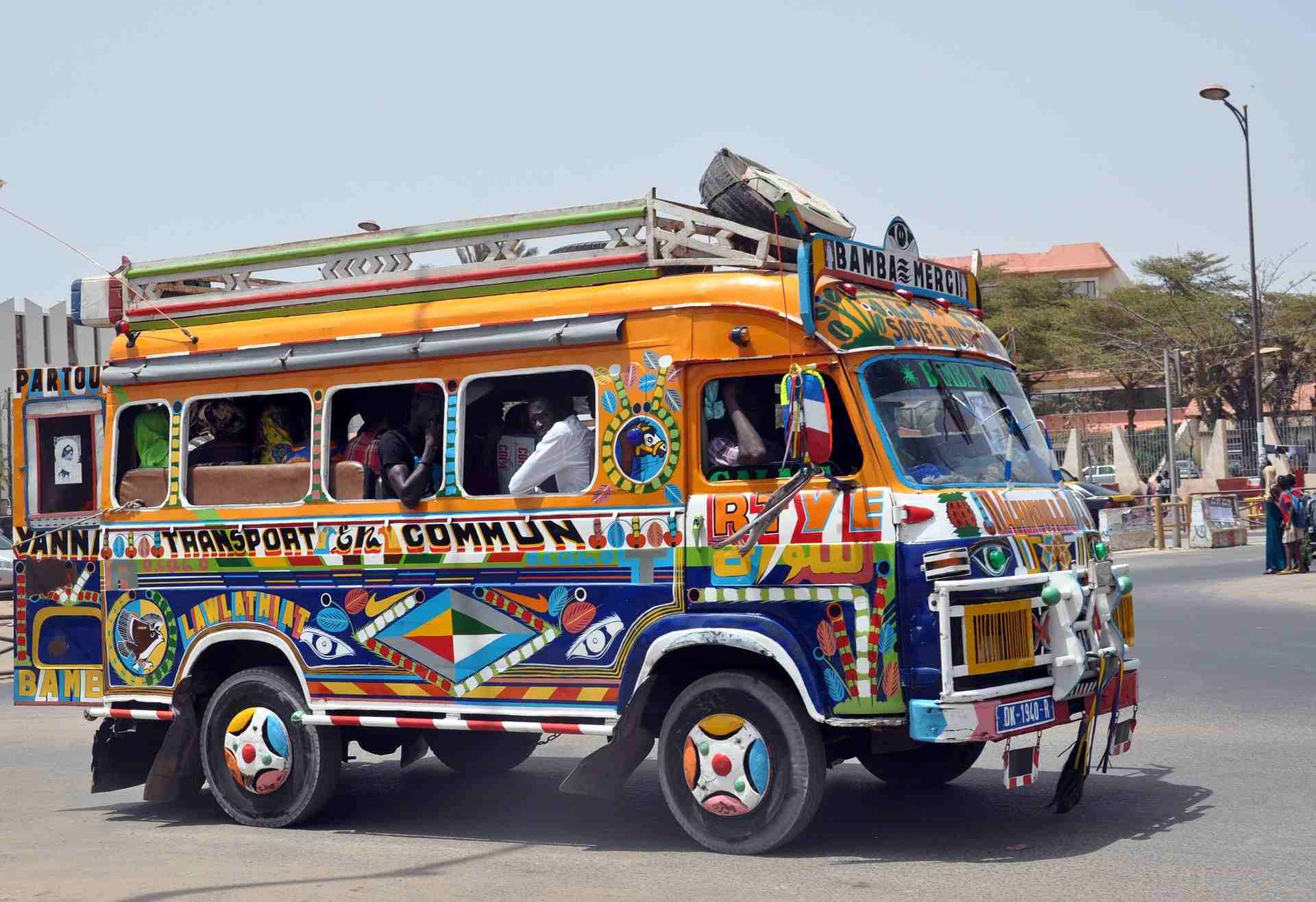 This is Dakar, Senegal, NOT Dhaka, Bangladesh! (Emer Iglesias)

One is the capital of an Eastern European country, and one…is the capital of an Eastern European country. Budapest is a two-for-one type of city, as it was only in 1873 that the cities of Buda and Pest linked hands across the River Danube to become today’s Hungarian capital. One of Europe’s most impressive cities, Budapest is jammed full of churches, museums, bridges, castles and legendary spas. It was also the filming location for the most recent Mission: Impossible movie. 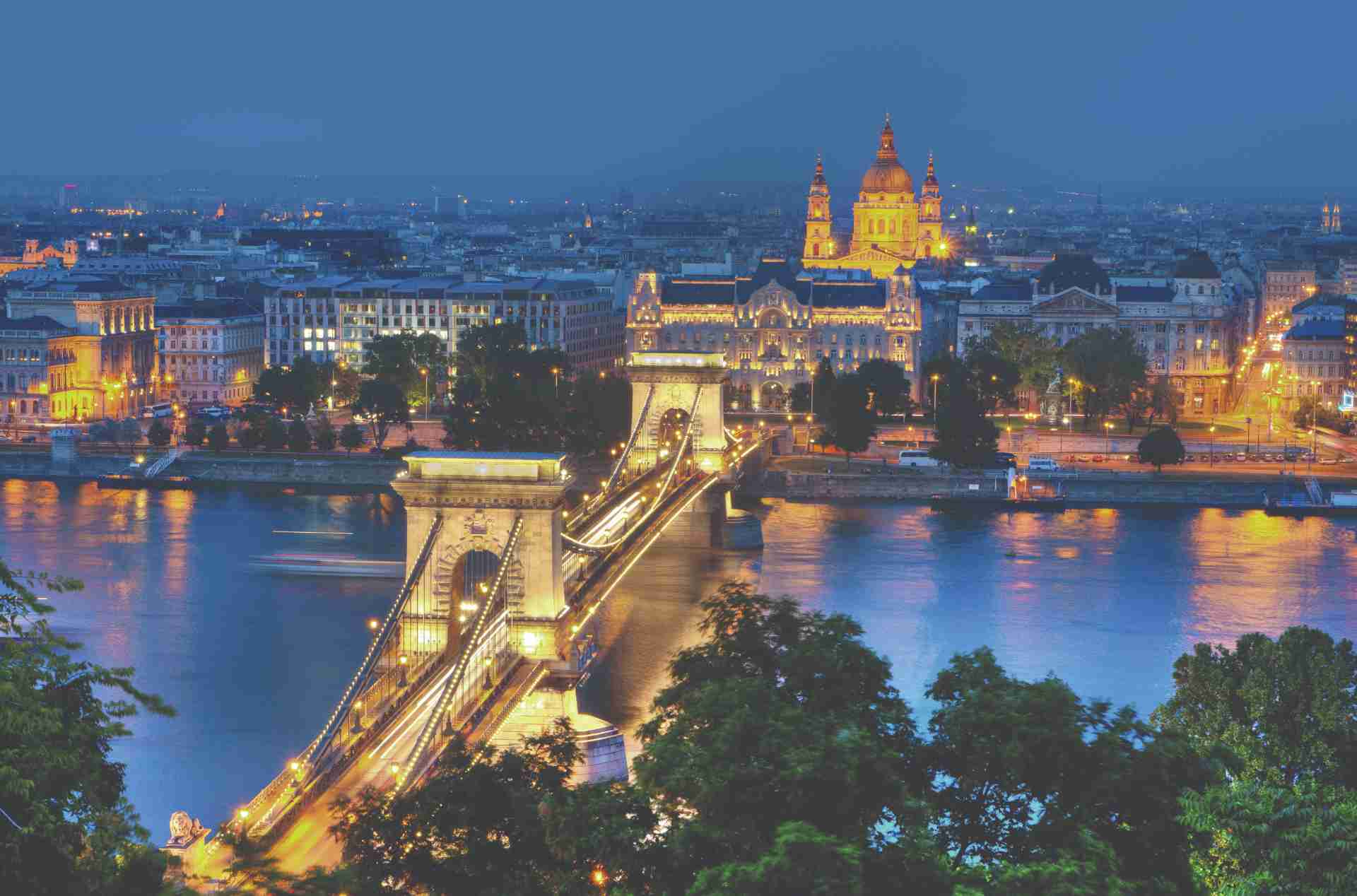 This is Budapest, Hungary, NOT Bucharest, Romania! (iStock/LetsCheri)

About 800 kilometres away sits Bucharest, the Romanian capital, once known as “Little Paris” for its beautiful architecture and elegance. Alas, the ravages of World War Two and the reign of Nicolae Ceausescu saw some of its best structures destroyed, leaving behind a city that’s a vibrant mix of classical, Communist and modern architecture. You can even tour Ceausescu’s infamous Palace of the People, the world’s second largest building and now the country’s parliament.

One sits in Silicon Valley and the other….doesn’t. The price seemed pretty good for a flight from Toronto to San Jose, Costa Rica, even if it did mean changing flights in Chicago. Having booked himself online, when his e-ticket arrived, he carefully checked that his name and the dates were correct, then filed them away. 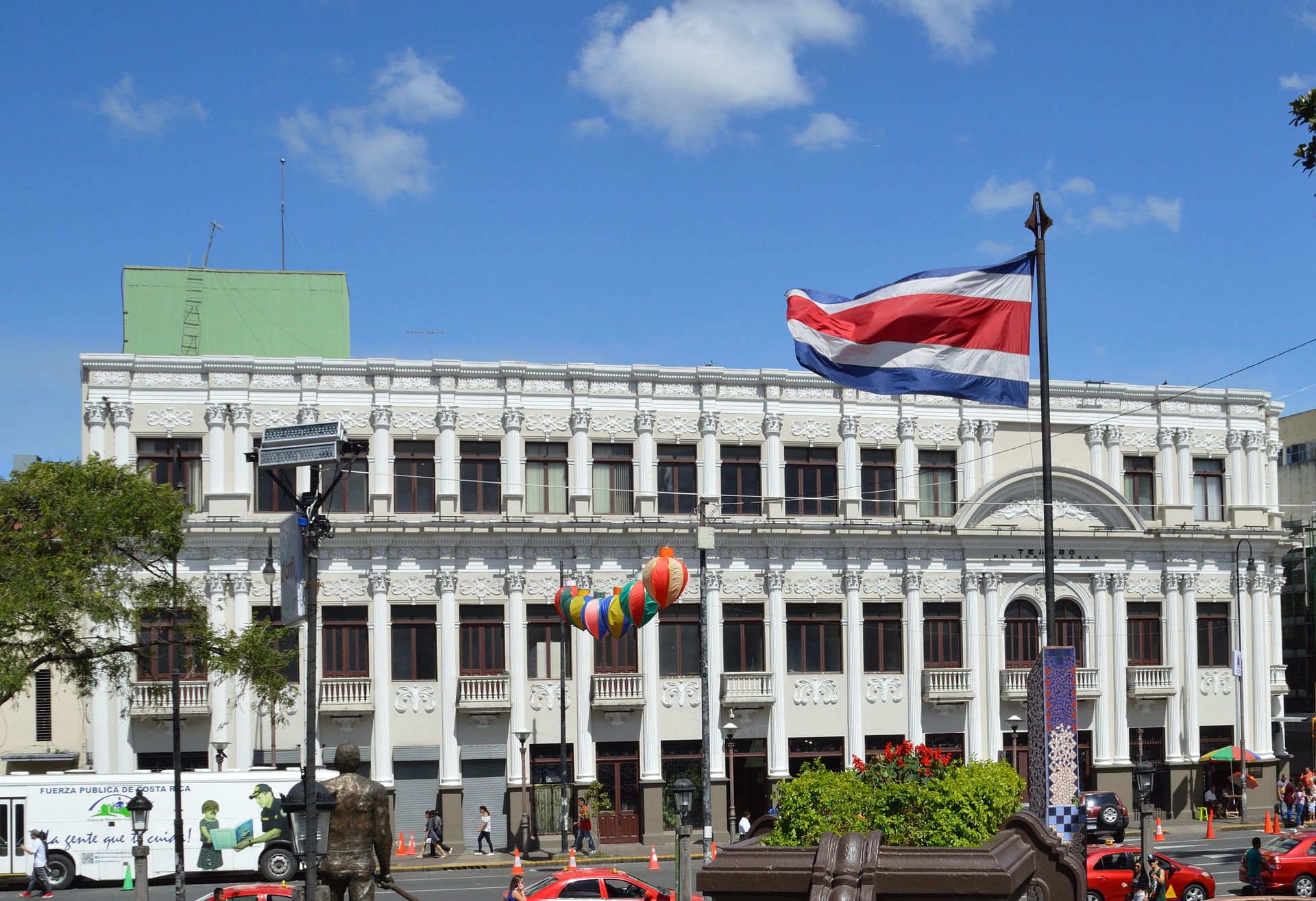 It was only when he came to print them that he noticed he was headed to San Jose, California, 3,000 miles north of his eagerly anticipated San Jose, Costa Rica. Neither the online travel agent nor the airline felt particularly sorry for his error, or especially generous just a few days before his scheduled departure. The wayward wanderer lost not only his long-anticipated holiday but also a few hundred dollars in last-minute cancellation penalties!

One speaks Spanish and one…does as well. Santiago de Cuba sits on the southeastern corner of the Caribbean island nation of Cuba. Founded by Spanish conquistador Diego Velazquez de Cuellar in 1514, Santiago is Cuba’s second-biggest city, and once served as the capital of the Spanish colony. It not only offers some of Cuba’s most historic buildings, but is also the last resting place of Cuban poet Jose Marti and the closest city to the U.S. military base of Guantanamo Bay, or Gitmo. 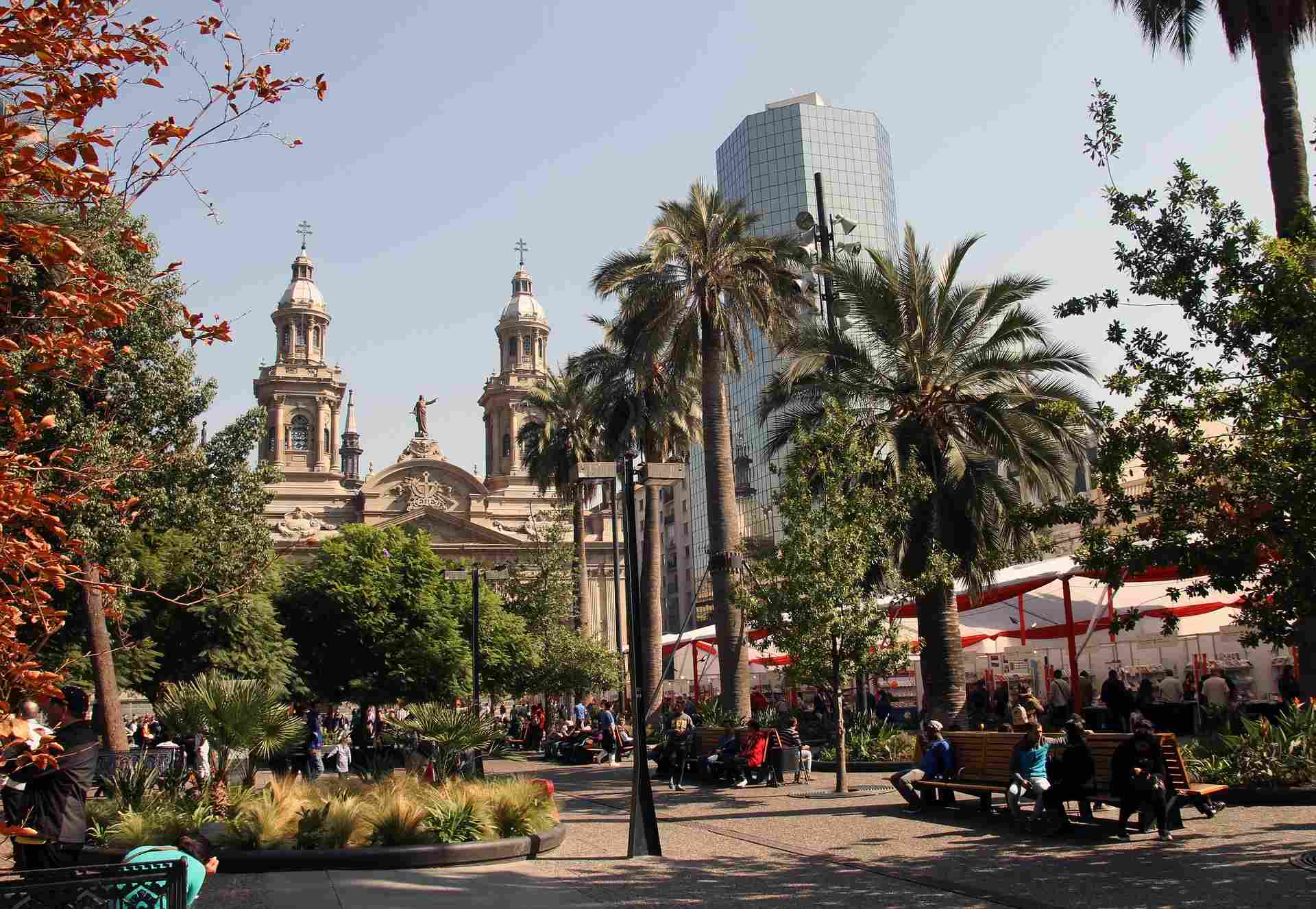 This is Santiago, NOT Santiago de Cuba! (Monica Volpin)

However, if you simply ask to go to the “historic Spanish-speaking city of Santiago that’s south of here” and find that your four-hour flight is in its eighth hour, then maybe you’re heading to the Chilean capital of Santiago. Also founded in the 16th century by a Spanish conquistador, Santiago is one of South America’s treasures, with centuries-old cathedrals, cobblestoned streets, some excellent museums, a snowcapped Andean backdrop, and excellent wine.

Ideas for the Travel-Lover in Your Life |...

7 Questions for Goway Travel and Why Travellers...

Why Hanging at the Airport and Flying High...

10 Foodie Fantasies as Told by Travellers