People move abroad for many different reasons. But if you tally them up, you’ll find they generally fall into pretty distinctive categories. The same is true for the way they react to their host culture. Some love it, some hate it, and some find themselves completely unable to cope.

By Ryan Murdock | The Expat Life

In my nearly two decades of travelling and living abroad, I’ve concluded that there are basically 11 different kinds of expat. If you’ve lived abroad, I guarantee you’ll recognize at least a few of the people on my list. You might even be one yourself.

Career Clive has built a long-term income around expat life, and he does pretty well at it, too. This is not the “typical” ESL teacher who spends a few years in a foreign country for the travel experience. Clive is smart, educated and opportunistic. He didn’t just take one of those weekend TESOL courses. He’s typically got a master’s degree in teaching, which specializes in English as a Second Language. 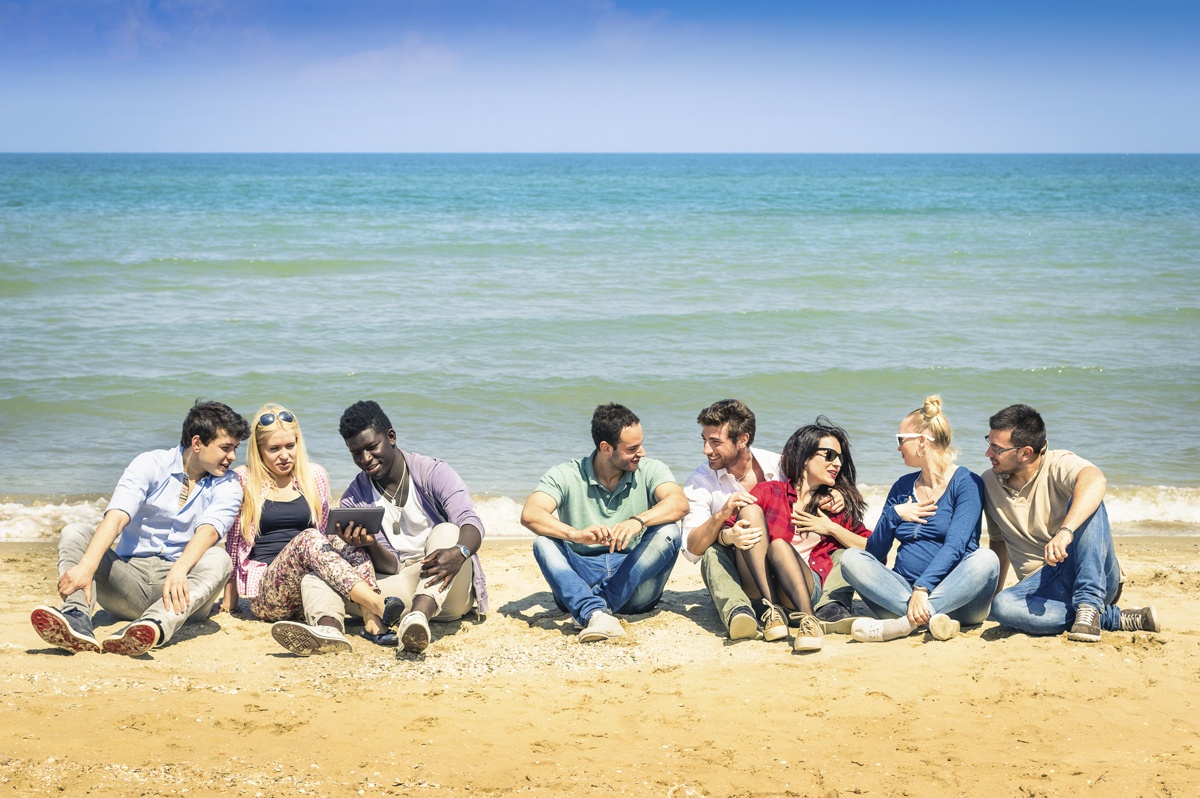 This photo and above: Which expat-type of you? (Credit: ViewApart-iStock)

You see, Career Clive has a plan. He might have started teaching in Japan or Korea, but he’s probably got his eye on a high-paying contract in the Middle East as a medium to long-term goal. Clive has been around the block. Nothing surprises him, he’s seen it all. That world weariness can lead to a jaded quality in some, but not always. He doesn’t really care where he lives, as long as the contract is good. Career Clive sees teaching ESL abroad as just another way to create a life.

The Perpetual Student took a course at a foreign university, or did a study abroad program, and just never left. She stayed because she met a romantic partner at school. Or it was her first time abroad and she got attached to the country or the friends she made there. And now she finds herself caught between two cultures. She doesn’t want to go back home because she no longer fits in. But she isn’t really fully integrated into her new culture, either. Language or custom remain a challenging barrier to be overcome.

You’ll often find the Perpetual Student working at a coffee shop or some other low-paying job. Because living in that foreign culture can be an uphill battle, especially when it comes to creating a career.

#3 The Spouse in the House

The Spouse in the House gave up his or her career to move abroad when their partner was offered a cool job or a better opportunity in a foreign country.

The Spouse in the House sacrificed their own future for yours—and they won’t let you forget it! Rather than look for opportunities of their own to pursue, they spend their expat days trapped in an endless hell of play dates, coffee with other expat spouses and sitting in parks striking a downcast martyr’s pose.

The House Spouse is bored, self-sacrificing, and doesn’t know what to do with their time because they’ve lost all sense of purpose. They have become a passenger of life.

The Foreign Assignee was sent abroad by his or her company. The company arranged for the movers and paid for the entire relocation.

The Assignee has a company car and lives in a subsidized house, often in a gated community or compound with a bunch of other expats. He never really gets to know his host country or culture, because he’s not a part of it. He lives on the fringes and sees it through glass when commuting to or from the office. He only comes into contact with “locals” at work, or at organized company functions.

He does really well financially because he gets paid a foreign salary in his home currency while living in a country where the cost of living is very low. And when his term is finished, he’ll go right back home.

Crabby Ken hates everything about the country he’s living (abroad) in and spends most of his time complaining about it. Everyone will have things they don’t like about a country, but most people can balance out the bad with the good and find a reason for being there.

Not Ken. He hates everything. He only really seems to enjoy complaining and being miserable. You’ll bump into Ken at every expat event. He’ll be standing at the side of the room, weaving slightly from an excess of drink. There’ll be spittle flying from the corners of his mouth, and his face will be slightly red with rage. He’s in the midst of a rant because he’s cornered some new person again, someone who hasn’t figured out that he’s best avoided.

Ken might seem comical at first because he’s so rude, and because he’s nailed all the stuff that surprised and frustrated you during your period of adjustment. But he will poison your experience, and he’ll bore you half to death if he corners you. If you see him, run the other way. 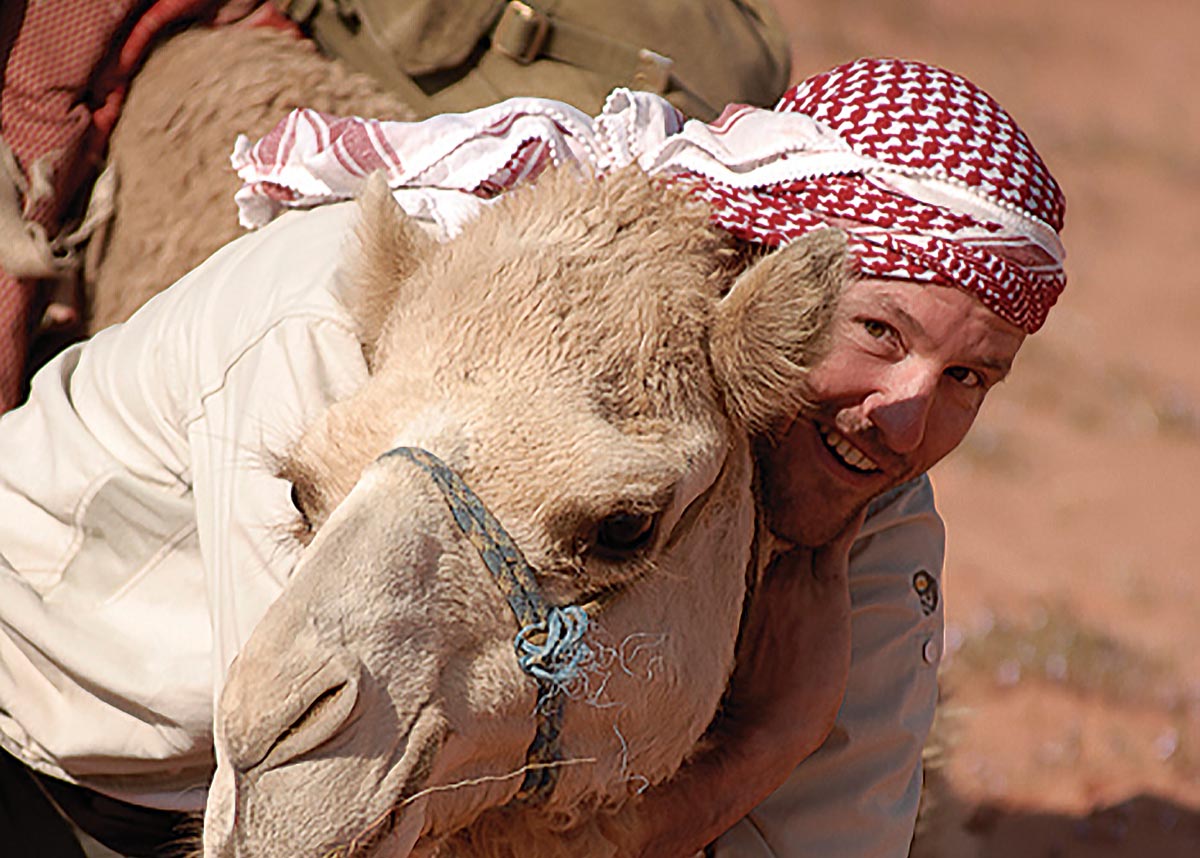 The Cultural Chameleon tries to blend into her new country by going native—sometimes to a ridiculous extent. She knows the guidebook forward and back and goes out every weekend to see some new tourist site. This type is a self-styled expert on the country they’re living in. And they usually write a blog to share with family and friends. Cultural Chameleons are naively optimistic and eager about their host culture.

There can be nothing bad about it, and they’ll get very angry if you criticize it or say anything remotely negative. It goes without saying that they hate Crabby Ken. The most annoying thing about the Cultural Chameleon? They mix phrases or words in the local language with English in a way that sounds cool to them but idiotic to everyone else. Someone needs to tell this type that no, foreigners do not look cool in a kimono, and they don’t look “spiritual” or “yogic” in Indian clothes.

As the name suggests, the Been-Everywheres have been everywhere—or at least that’s what they’ll tell you. They’ve also been everywhere at a time when it was more exciting, more hardcore or tougher than anything you could ever do. And their conversation mainly consists in trying to one-up you with how much more authentic or exciting their experience was. The Been-Everywhere often lives at a level totally out of touch with the normal world. His key vocabulary words include country club, yacht club, maid and pool boy. This type is an incredible bore at parties. Avoid him like the plague he is.

Greener Pastures is never happy. He’s always looking for a better quality of life, which is admirable. But he forgets to be grateful for what he has right now. This type is often self-employed or a freelancer, or they’ve retired abroad to stretch their money further. Sometimes they’re tax exiles for the same reason. They like the great weather in their expat home, and the ability to pursue a hobby like sailing or surfing. But a lot of their conversation is focused on the pros and cons of living there, and the benefits of the other places and angles they’re forever researching. They’ll move as soon as something better shows up. But they will never be truly happy.

The Bunker Expat is there for work. They live in a walled compound, import all their food from home, get North American television and movies, and never ever go outside unless in a chauffeured car. Why would you want to? The local markets are dirty, the local restaurants will give you explosive diarrhoea and typhoid, and the natives are all conspiring to rip you off. This type lives like they’re enrolled in the witness protection program, or like they’re sheltering from an imminent nuclear strike. They exist within a bubble of North American culture in a hostile foreign land. And they’re grinding it out, counting down the days until they can go back home to “civilization.”

The Nerve Centre knows absolutely everyone. If the expat community has a gossip hub, this person is it. They seem to be at the centre of every organized gathering, every event and every story. The Nerve Centre is the person to call if you need a plumber, a new house-cleaner or a recommendation for local shops. They can also introduce you to pretty much anyone in the expat community. But never, ever tell them a secret.

You’ll rarely see The Loner. In fact, you might mistake him for a tourist or a temporary visitor. You’ll hear rumours of “a Canadian who lives in that village.” And you might even glimpse a face that seems naggingly familiar. But getting into contact with him is like getting a straight answer from your local CIA operative. The Loner avoids expat events and shuns organized foreign society. But it isn’t because he only hangs out with locals in an effort to be “authentic.” He doesn’t interact with locals either. The best description for this type can be found in the Tom Waits spoken word piece, ”What’s He Building?” Loners can be fascinating people, but they have their own agenda. And you can be sure that it doesn’t involve hanging out with you.

So there you have it. That’s a general rundown of the expat types I’ve come across in my travels, and in my years of living abroad.

If you’re an expat, you probably went through this list while categorizing yourself. But remember—they’re just caricatures. It’s likely you’re a combination of several types, depending on your mood and who you’re with at any given moment. You’ll be a percentage of one, a pinch of another.

I most closely resemble The Loner (I knew you were dying to know). But I’ve got a significant percentage of Greener Pastures, and when frustrated, a shameful pinch of Crabby Ken. As anyone who’s lived abroad knows, people can’t be reduced to a single stereotype.♦

How Zika Will Affect Travellers to the Rio 2016 Olympics

How to Spend 24 Hours in Novi Sad, Serbia

The writing is amazing! ( brilliant, fun, informative without being textbook, an appetizer making one want to order the entre )