Berlin is my favourite world city and my top travel pick for 2018—and I’m not just saying that because I live here. At first glance, it doesn’t offer the tourist nearly as much as so-called A-list European cities like London, Paris or Rome. You will find Berlin much more interesting if you do your reading. There are so many eras to immerse yourself in: The Cold War, World War Two, the Weimar years, and more. But don’t just tick off the tourist sites. Search out the remains from your chosen era on your own. 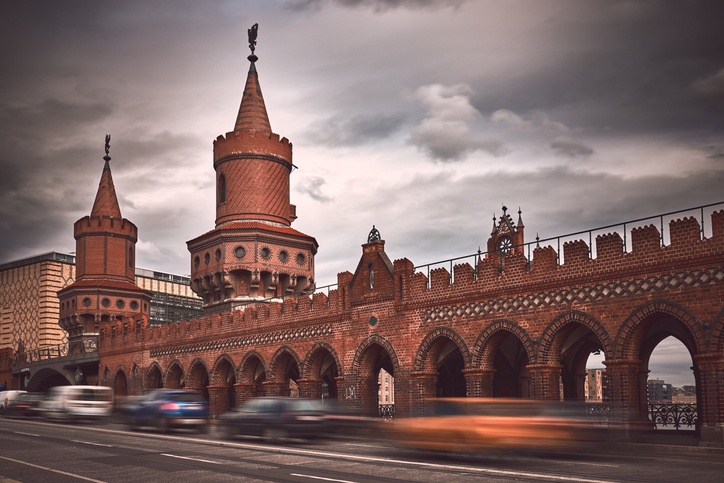 You’ll need to go beyond Berlin’s clichés of graffiti and grunge to see what this city has to offer. It takes time. Berlin is a city of neighbourhoods, and the best way to experience it like a local is to rent a bicycle. Check out a flea market after a late Sunday brunch, and then pick up cold beer at your favourite Späti and head to one of Berlin’s many parks or green spaces.

You’ll discover a unique history, an edgy intensity that’s like nowhere else, and the creativity and excitement of a city which is constantly inventing itself out of an ever-changing mix of cultures and interests and influences.

Berlin has changed over the years, but it retains that same atmosphere which drew creative visionaries like David Bowie and Iggy Pop during the twilight years of the Cold War Wall.

One of the best things about this city is its ethnic diversity. The Turkish community has a strong and longstanding presence, as do the Vietnamese, and this is being expanded by a steady stream of newcomers. Thanks in part to this cultural mixing, you can eat very well and very cheaply through an entire atlas of flavours.

And of course, Berlin’s nightlife is legendary. From an amazing live music scene to a club scene were the queues don’t start until 2 or 3 a.m., and the party lasts all weekend.

Berlin is also a great place for leading-edge contemporary art. Look beyond Museum Island and the high-end galleries of Auguststrasse; the real pulse of Berlin’s art scene is found in the many small galleries you’ll stumble across throughout the city. Stop by the growing list of galleries on Potsdamer Strasse, and sip one of the city’s best cocktails at the legendary Victoria Bar when you’re finished. And immerse yourself in photography at C/O Berlin in Charlottenburg. Each neighbourhood contains something to discover.

But the greatest thing about Berlin is its openness. It’s a city where alternative lifestyles, subcultures, and communities flourish and coexist, not just tolerantly but with enthusiasm. You can be anything you want in Berlin, and that contributes to the exciting atmosphere which makes this Europe’s coolest city.