“Be careful when you go to Sicily,” my Italian friends warned me, “you might just fall in love.” And they were right. The history! The nature! The architecture! The food! I fell in love with it all. I ended up in Sicily based on their recommendation and spent a summer there, volunteering on a farm, road tripping with a friend, and travelling to every corner of this laidback Italian isle. 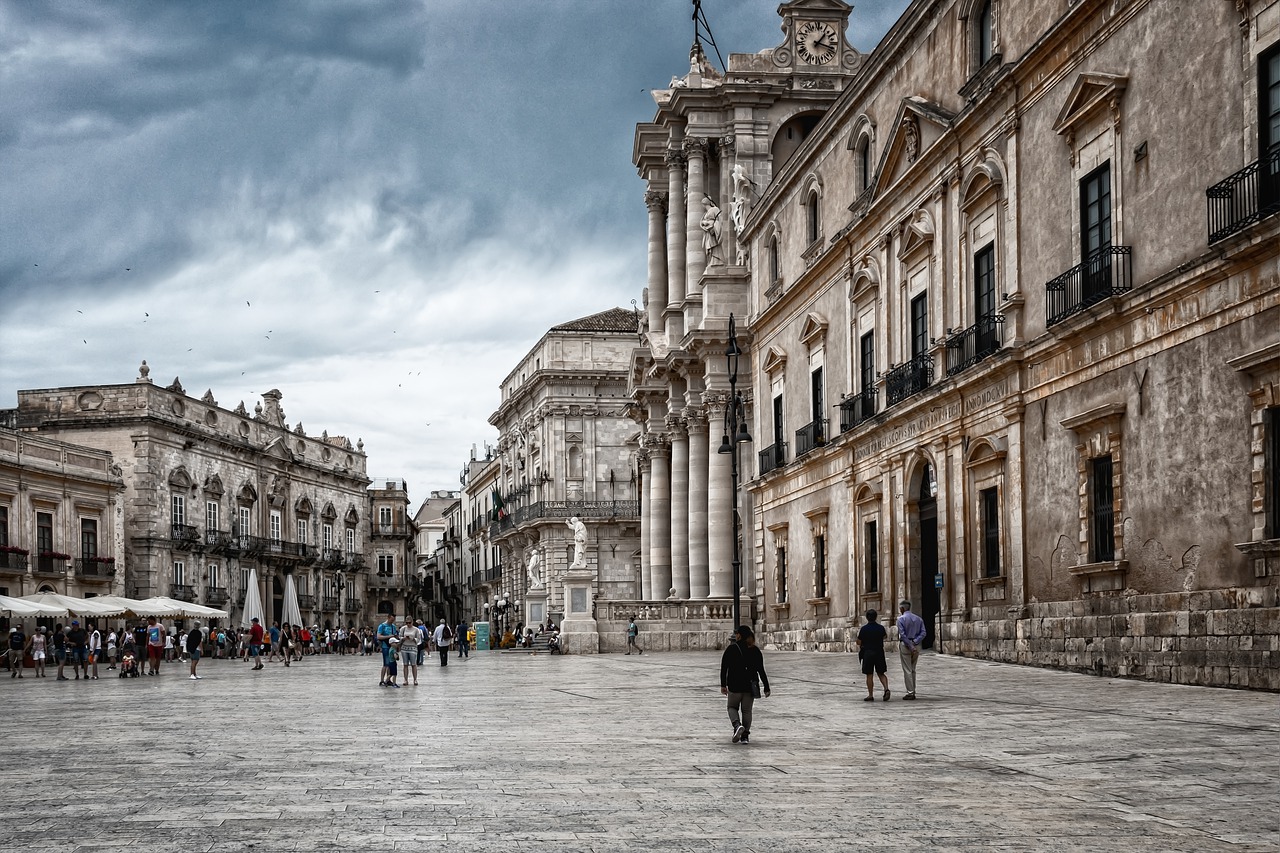 Once settled by the Greeks and Romans, Sicily still has traces of ancient civilizations—there are amphitheatre, column and temple ruins dating back to 700 BC. The menacing Mount Etna, among other active volcanoes, are perfect for daredevil hiking enthusiasts. If you’re searching for culture, there is elaborate Baroque architecture to explore on the southern coast. And the food—mamma mia, the food!

The birthplace of cannoli, Sicilian pizza, eggplant pasta, Sicily has the kind of aromas that make you forget who you are and…what were we talking about again?

Ah yes, the food. And if all that wasn’t enough, having slushy for breakfast in Sicily is totally encouraged (it’s called granita and it’s delicious). Just a train ride from mainland Italy, overnight ferry from Tunisia, Naples or Sardinia, with close proximity to Greece and a short flight from just about anywhere in Europe, Sicily’s numerous connections make it an easy and worthwhile addition to any trip or vacation—just one reason I think you should consider it for 2018.

Without a doubt, my favourite place on the island is a small beachfront town west of Palermo, called San Vito Lo Capo. It’s set between two nature reserves, Monte Cofano and Zingaro, both overlooking the crystal-blue waters of the Mediterranean and with kilometres of hiking trails. You can also hit the water for snorkelling, diving, boating and standup paddling. And if you’re searching for an adrenaline kick, it turns out San Vito has some of the best rock climbing and paragliding opportunities found in Italy, and some even say Europe.

I recommend going in either May, June, September or October (it gets crowded and hot in peak summer). Shoulder season means fewer tourists and milder temperatures for outdoor activities (but temperatures are warm year-round). In the evening, hit the town to sample classic Italian dishes and those with a twist, influenced by San Vito’s location close to the sea and to northern Africa (to my surprise, fresh fish couscous is a local specialty).

San Vito is home to two grand events—the Cous Cous Fest in September, and the San Vito Climbing Festival in October. Recommended day trips include: the wine region of Marsala, the medieval town of Erice, the temple of Segesta and the salt pans of Trapani. But no matter what your Sicilian itinerary looks like, make sure you embrace the southern Italian way of life. That’s what makes Sicily a spotlight destination—the opportunity to slow things down, sip your espresso, take guilt-free midafternoon siestas, savour every bite and enjoy La Dolce Vita.

Is couchsurfing really safe, or would I have to put a knife under the blanket?

I Survived Solo Hitchhiking in Mexico—I’m Female, and 5-Foot-3