The 3 Seasons of Travel | When It’s Best and NOT Best To Go!

There are are typically “three seasons” in the travel industry. Here’s the ins and outs of the “when and how to” go and travel.

For bargain-seeking sun worshipers, it goes without saying that you avoid summer, Christmas, March Break/Spring Break, lest you pay big bucks for exactly the experience that was half the price just a few weeks earlier. But if wiggling your toes in sun-baked sand while slurping an umbrella’d concoction isn’t your wanderlust, how does seasonality work?

In the most simple terms, three main factors affect the seasonality of travel: supply/demand, weather and events.

A lot of people can only travel during regular holiday periods. Anyone in university or working in education or with a child in school is limited to travelling during summer or key holiday periods. Since this encompasses a swath of the population, travel during these times is categorized as in the high season, and is often accompanied by a premium. 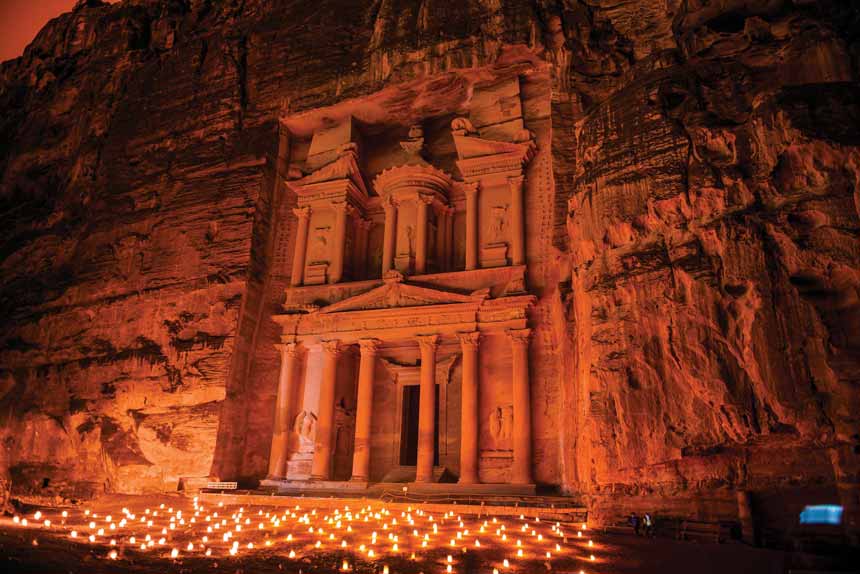 When is the best time to go to Petra, Jordan? (Outpost/Sergio David Spadavecchia)

That’s supply and demand, and it generally affects price whether you’re looking to travel down south, up north or any popular destination in between. If you have any control at all, try to be flexible, and avoid the high traffic season of travel!

Then there are events. Unless you’re actually attending the Olympics or World Cup, it’s usually best to avoid cities or countries hosting big events because airfares and hotel rates become so astronomical they can toss up the GDP of a few fair-sized nations! The same applies for annual celebrations like Rio’s Carnival, New Orleans’ Mardi Gras or Toronto’s film festival. If you like to drink in the atmosphere during a great event, then absolutely go for it—otherwise, stay away.

But if you like to take advantage of improved infrastructure, brand new hotels and the buzz that accompanies such big events, try travelling just before it starts or as soon as it ends when great deals are to be had. A bit of research with the local tourism board or chamber of commerce can tell you what events are happening, including large conventions that can occupy thousands of hotel rooms, which can help avoid higher prices.

The third factor is weather. With the tumultuous and unpredictable climate patterns of recent years, it can be difficult to determine precisely when the weather will be good, and when it will be bad, but some seasons are still fairly solid.

Monsoon season in parts of Asia can really put a damper on your trip; northern Europe in November and December is generally cool and wet with short days; and deserts should be avoided during the summer unless you are seeking sunstroke and dehydration. But beyond that, lower prices due to weather are often worth a gamble.

Hurricane season in the Caribbean and Central America usually means lower prices but odds are pretty good that you won’t get a massive funnel cloud and 200 kph winds messing with your shuffleboard game—although the chances of overcast days and some rain are definitely greater. Much of Africa’s safari destinations have two rainy seasons: short rains and long rains.

Short rains usually start in the late afternoon and continue through the night. If you’re staying in a lodge or hotel your biggest inconvenience will likely be muddy tracks during game drives but if camping, you’ll definitely need a seriously water-proof tent. Rates are always lower during the short rains but as the long rains are very wet, many safari companies don’t even operate as roads are often impassable.

Always bear in mind that summer in the northern hemisphere is winter in the southern and that although somewhere like Australia may always look sunny and hot in the brochures, their winters—especially in places like Melbourne or Tasmania—can be quite chilly and damp.

Of course, sometimes destinations that should be low season because of one factor are impacted by another factor and become high season. Las Vegas should be cheaper in the summer when the heat is stifling, but because of its popularity with families, discounted rates aren’t as good as should be expected. Likewise, while most children are back at school in early September, Europe’s high season often continues through October because the weather is usually still good and traditional tourist spots are less crowded and therefore more appealing.

Here are 5 tips to being a “seasoned” traveller |

1) Be open to a little rain. Do you really mind a bit of cloud and rain if it cuts your bill in half? Find out exactly what rainy season means in your destination. It might only be a few hours in evenings and overnight when you’re safely tucked-up in your room or sleeping bag.

2) Double-check local events and holidays. Chinese New Year might not be a big deal at home, but if half of Asia is travelling and staying in hotels at that time, you might find the cost of accommodation and domestic flights doubled.

4) Travel in the shoulder-season. Seasons are created based on experience and what’s normal, but like international borders, they’re often a bit arbitrary. The sun doesn’t start shining on the very day that high season starts despite the fancy price grids. In fact, chances are good that the weather just before or after high season will be just as good as high season itself but considerably less expensive.

5) Consider what’s most important. If your main purpose for visiting east Africa is a once-in-a-lifetime ascent of Mount Kilimanjaro you might want to splurge for the high season rates or else you could find yourself stranded at the base gazing skyward at a raging storm that’s just deprived you of your dream. Sometimes a high season premium can provide a bit of insurance against disappointment. *