“What would it take to go from being a weekend trail warrior to planning an ultra-distance race or multi-day trail running adventure? How would you figure out a training regime to prepare for the obstacles (mountains, rivers, deserts) that lie ahead? And how would you go about planning your route from half a world away? That’s what today’s post is all about.”

Within two years of catching the trail running bug — after reading Christopher McDougall’s book Born to Run — I ran my very first trail half-marathon (21 kilometres). Then I made a wild leap after seeing a photograph of someone running through the gorgeous Coast Mountains in British Columbia at the 82-km Meet Your Maker (MYM) race. Immediately I thought, “I want to run in that place.”

Within weeks of ogling that photo, I signed up for the 2013 edition of MYM. I trained for almost a year — making lots of mistakes along the way — and crossed the finish line after nearly 15 hours of running, walking, and staggering. It wasn’t pretty.

Having finished MYM, some of my family assumed the ultra-thing was out of my system. But I immediately began planning to run more ultra-marathon races. Then I started to think about what would happen if I flew all the way to, say, France to race in the Ultra Trail Mont Blanc (UTMB), and then missed a time cut-off and was sent packing.

That’s when the little wheels in my brain got turning: what if I took the race route but did it myself, on my own time, so I could slow it down, stop to take pictures, and meet people along the way. So that’s what I did in 2014. 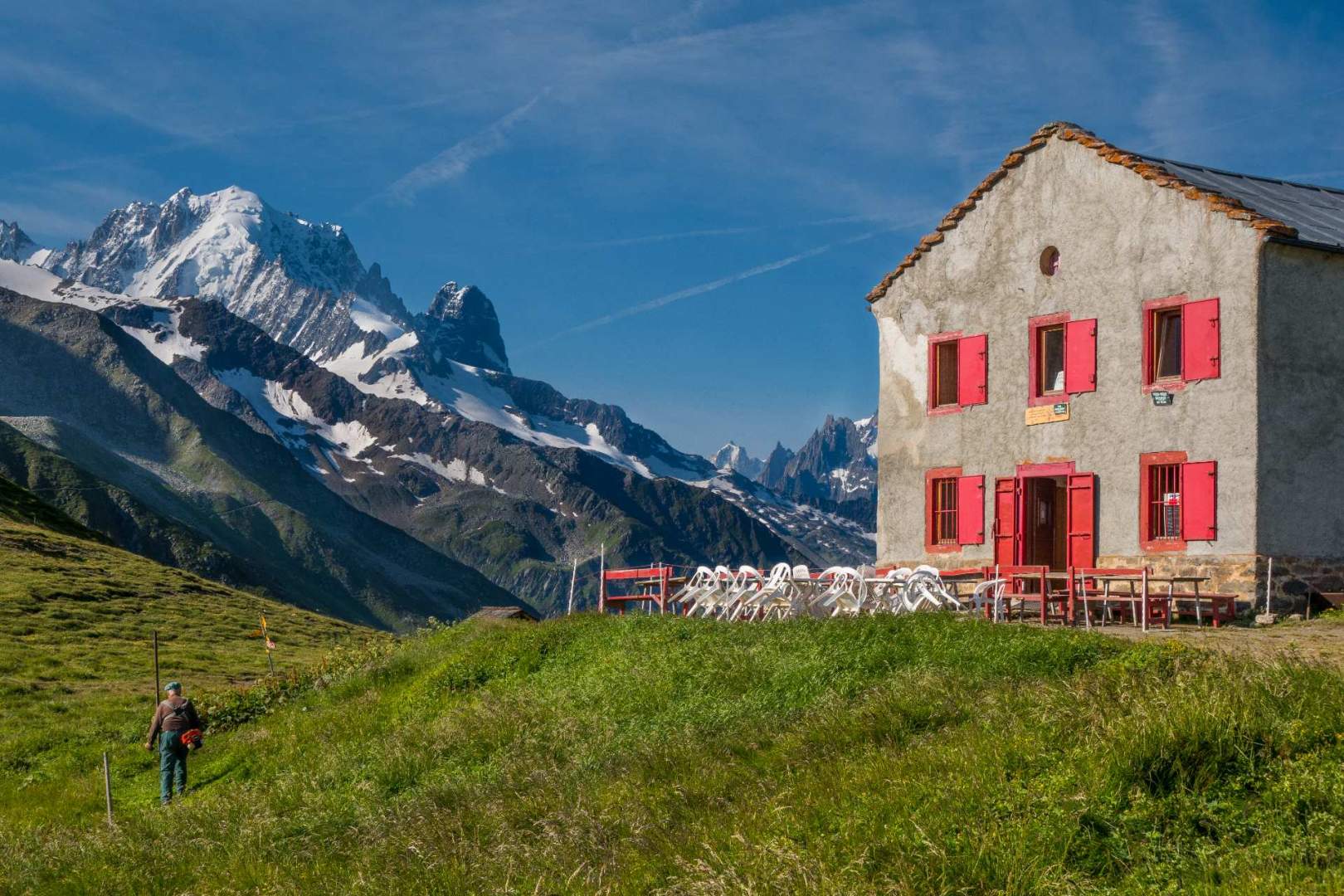 The stunning landscapes of the Tour du Mont Blanc in the Alps.

Trail running requires something of a light and agile approach. If you’re packing a tent, sleeping bag, and stove you’re likely hiking the trail, not jogging it. This means most trail runners need to find accommodation each night on the trail. For Mont Blanc, I was able to book  the refuges in advance, which included dinner and breakfast (more stuff I didn’t need to carry!). 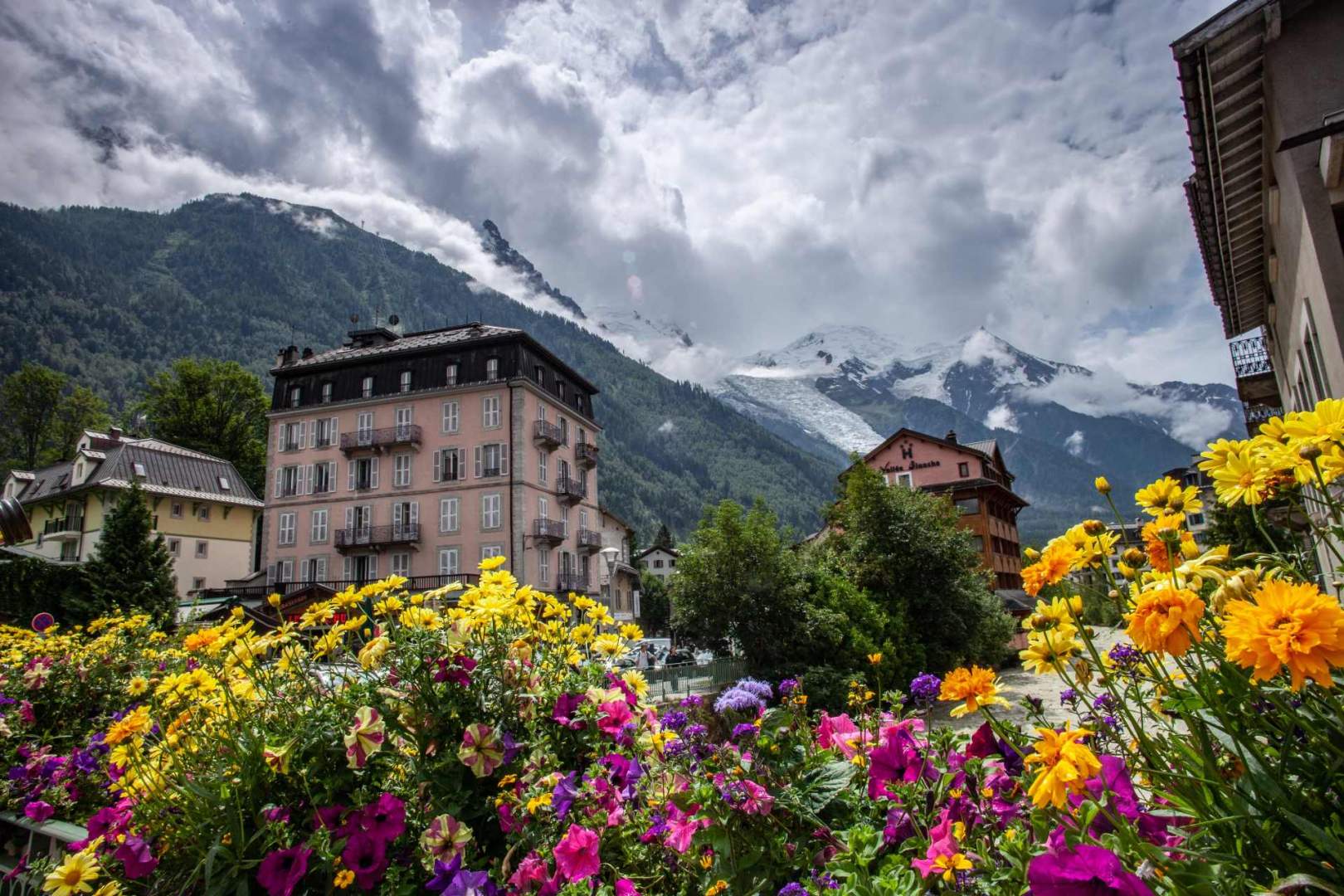 Mountain tip: if you’re organizing a multi-day running route, it’s worth researching sunrise and sunset (and twilight!) at the time of year you’re going, so you can plan your days to arrive well before dark.

Unlike previous running trips, my 2018 five-day Dolomite Mountains adventure in Italy wasn’t based on any established racecourse. In fact, I scoured the internet for all the beautiful places that I wanted to run (including Tre Cime di Lavaredo, Lagazuoi, and the Geisler Group) and strung a route together using a mapping website called www.outdooractive.com. (I compared the trails to those laid out in the Cicerone guide book for the Dolomites to ensure I was on the right path). 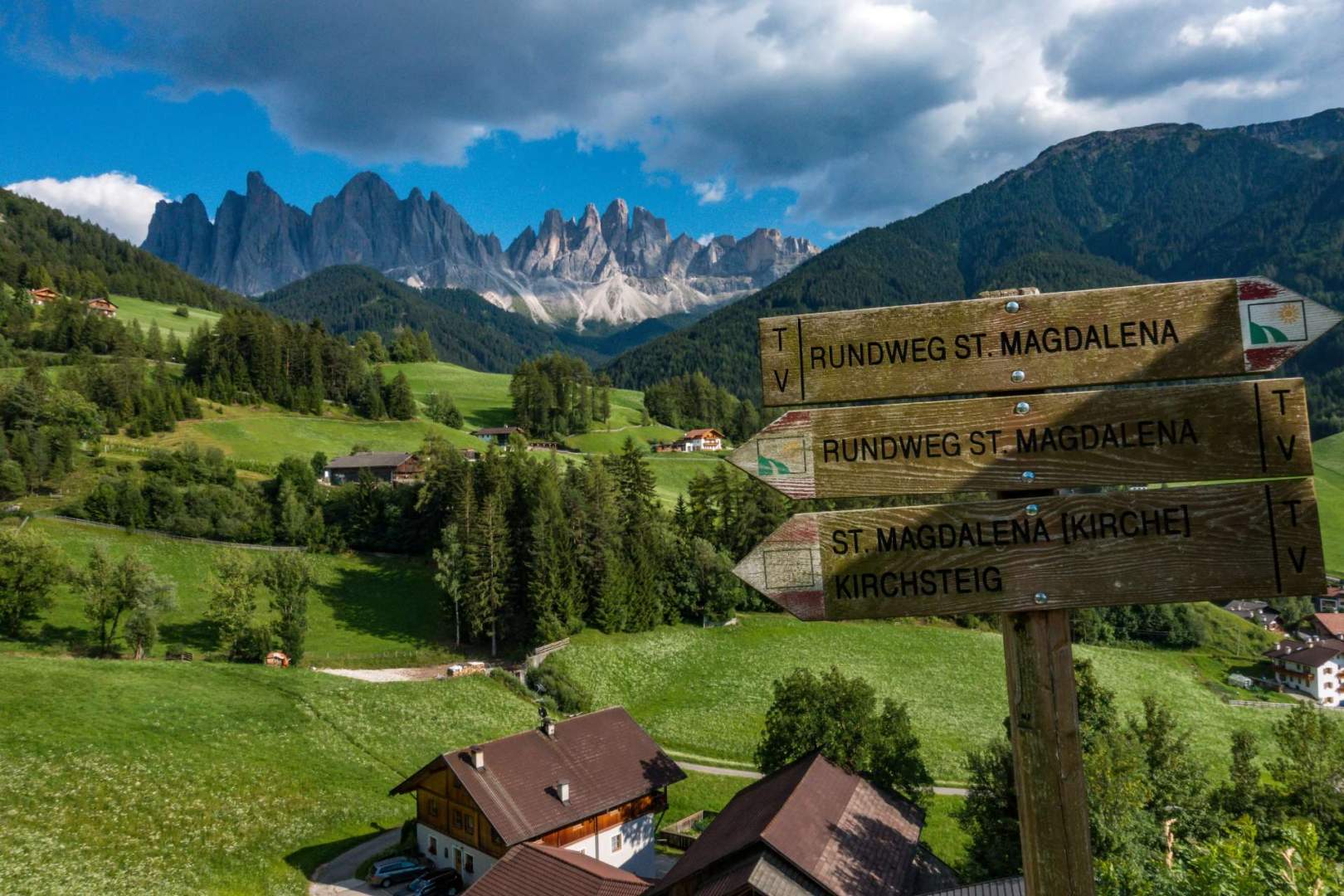 For his run in the Dolomite Mountains, Rob designed his own route and set his own pace.

With my route set, I downloaded the GPX coordinates and loaded them to my phone. I also purchased a topographical map of the region, which became indispensable after my phone died part way through the second day of my run. 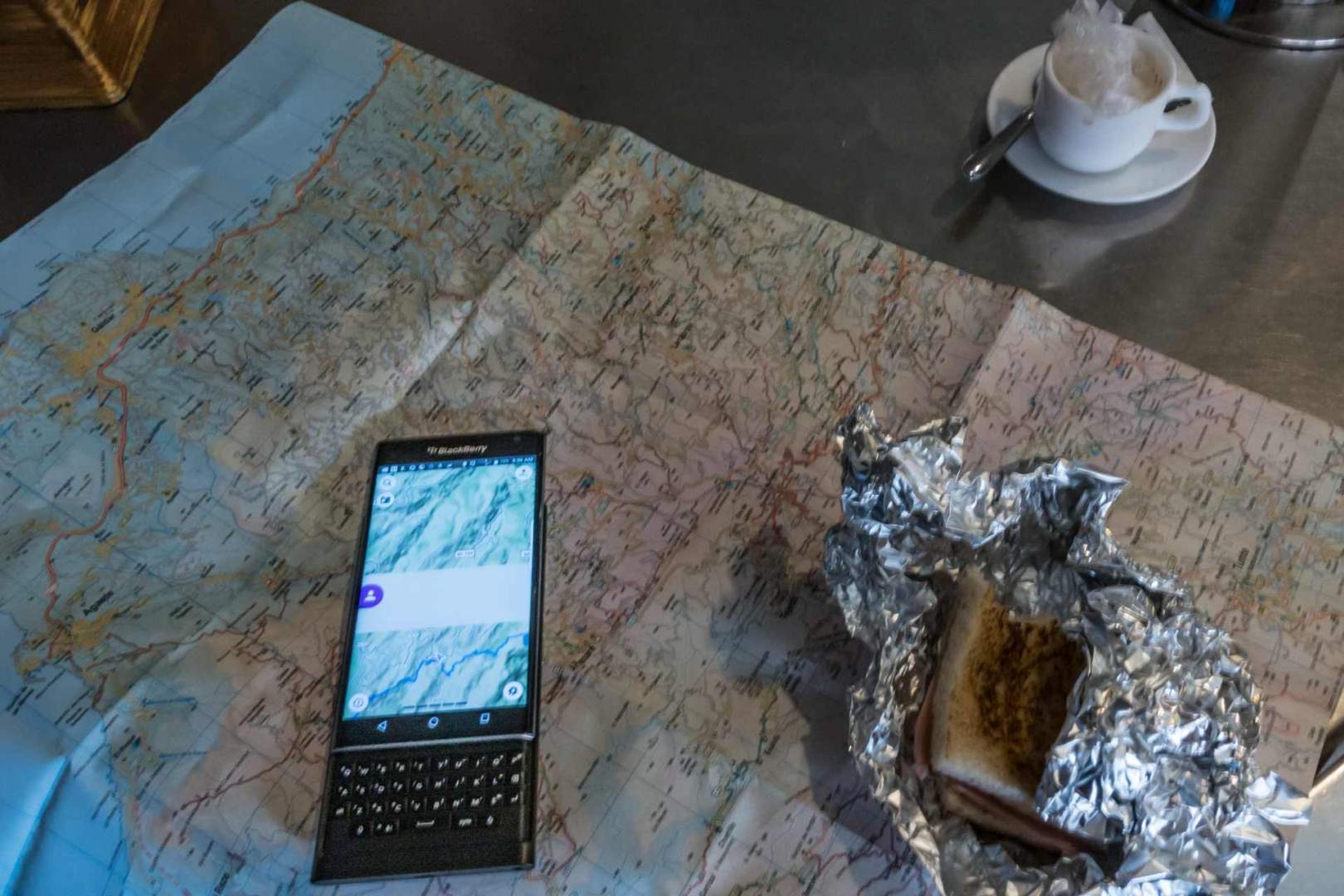 My route planning also takes into consideration safety, particularly because I often run alone. Safety can be both related to environmental hazards but also political stability (i.e. travelling through zones of conflict). 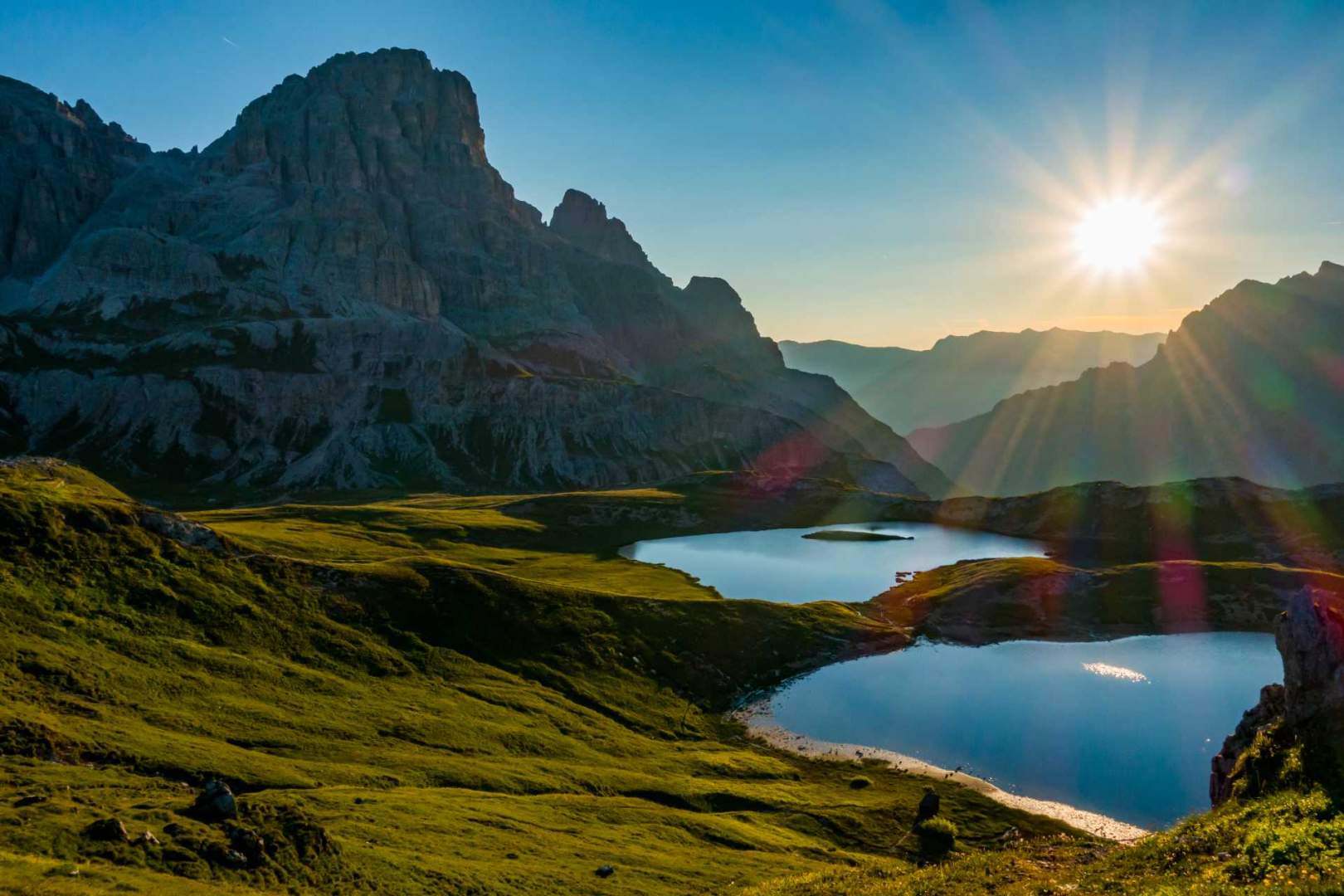 Rob scoured the internet for beautiful places he wanted to see on his run in the Dolomites in Italy.

If you’re a social creature and happy to run in a group then there’s also the option to join an organized running tour. There are a growing number of outfits — from Italy to Peru — that cater to trail runners who are travelling to, well, run. The advantages are many, including the off-loading of navigation and logistics on the tour operator (and hauling your overnight bag!).

Ok, enough yacking about the adventure. Time to prepare for it. Depending on the length and duration of the trip or race, you’ll need to increase your training volume and tweak your diet to sustain you through all that added mileage. All this training takes time and energy, and if you’re a parent or have a demanding job, this can become a serious juggling act. 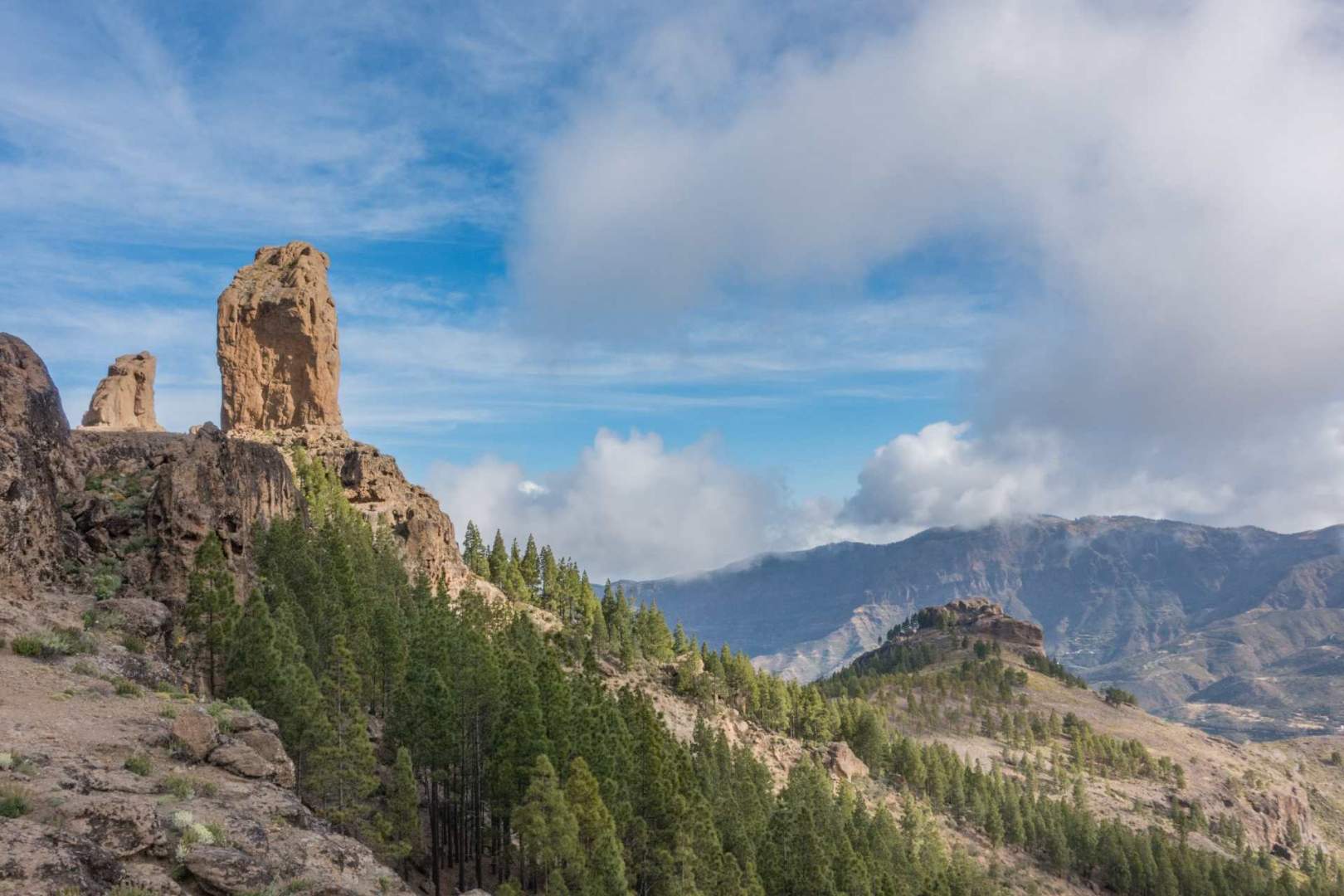 The incredible topography of Gran Canaria Island makes for an interesting trail-running adventure. 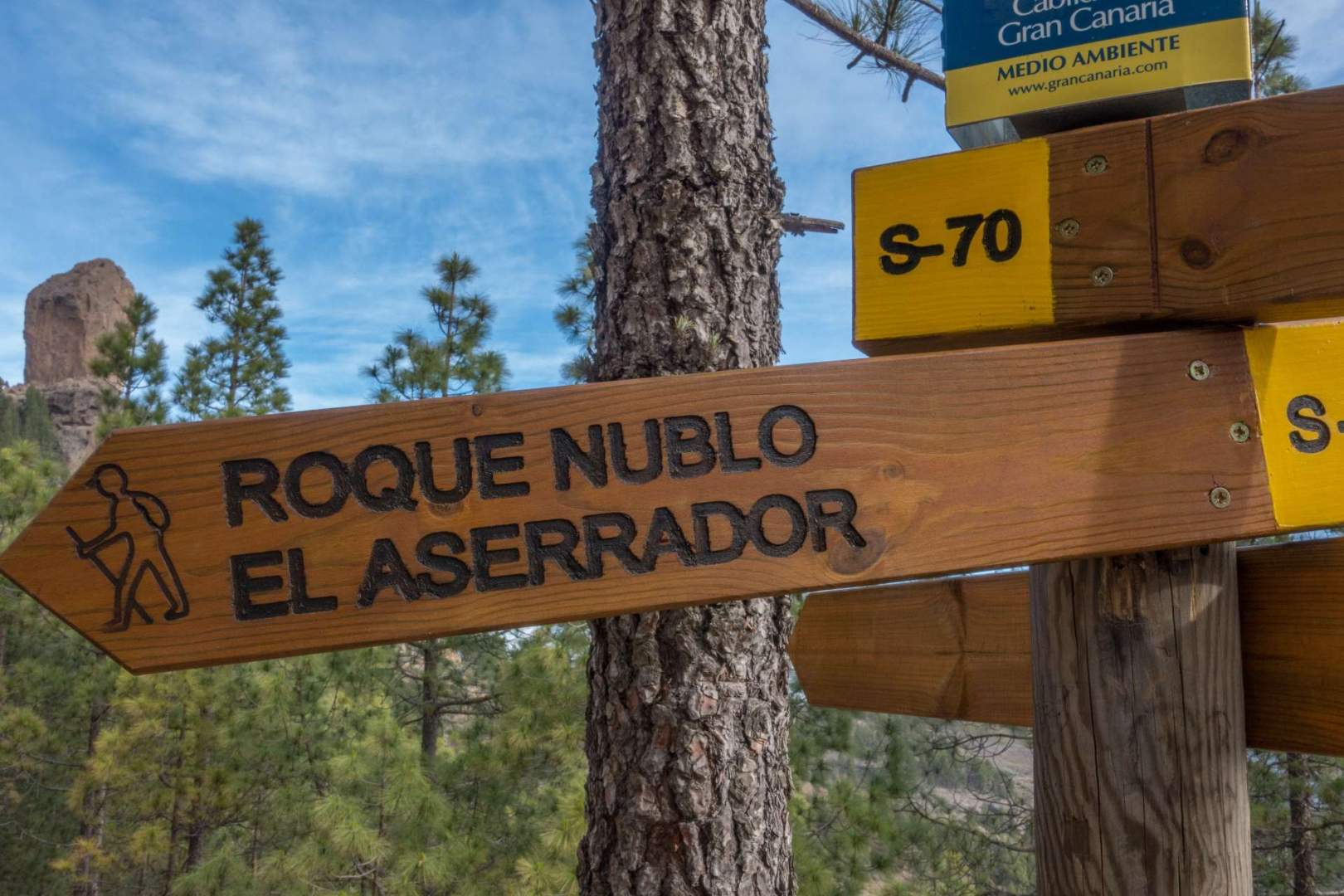 Gran Canaria is one of the Canary Islands.

The training will likely involve cross-training to build overall endurance. In my case, I cycle several times a week, train at the gym four times a week (pre-Covid), and occasionally indoor climb (pre-Covid). Sometimes I will run in the morning and do a recovery bike ride in the afternoon (or a second run).

Having to exercise when you’re already tired can help build mental resilience, as you combat the little voice in your head trying to convince you to stop the torture.

Caution: The larger volumes and double training sessions can push you into the red zone for overtraining and injury. Once this happens, you may need to sit out weeks of training (sometimes months). My philosophy (as a non-competitive athlete) is that I’d rather be slightly undertrained for an adventure then be injured or fatigued from overtraining.

This is where the Galloway method discussed in a previous post can save you from overtraining. By taking regular walking breaks on the trail, you can still log many hours on your feet, cover a lot of ground, but without overstressing the body.

For many of us in northern climes, winter running allows us to maintain base fitness and build endurance more steadily coming into spring and summer, because we aren’t starting from scratch when the snow melts. Some athletes also embrace other winter sports. For instance, famed Catalan trail runner Kilian Jornet competes in skimo through the winter (a form of ski mountaineering).

A major component of training for ultra-distance running is recovery, which includes proper nutrition to maximize the body’s ability to bounce back so you can do that training all over again. Overtime, we tend to find the things that work best for us, whether it’s elevating the feet after a run, taking a nap, going for a walk, doing yoga, soaking in an ice bath or a hot bath, rolling back and forth on a foam roller, or using an EMS machine (electrical muscle stimulation).

Make a list and check it twice. One of my favourite things to do leading up to a multi-day running trip is to pack my bags. Often, I’ll draft a list of things I need based on previous trips or recommendations by other trail runners — from food and gear to topo maps and sunscreen. You never want to be deep in the mountains and realize you forgot, say, an emergency blanket or a headlamp. 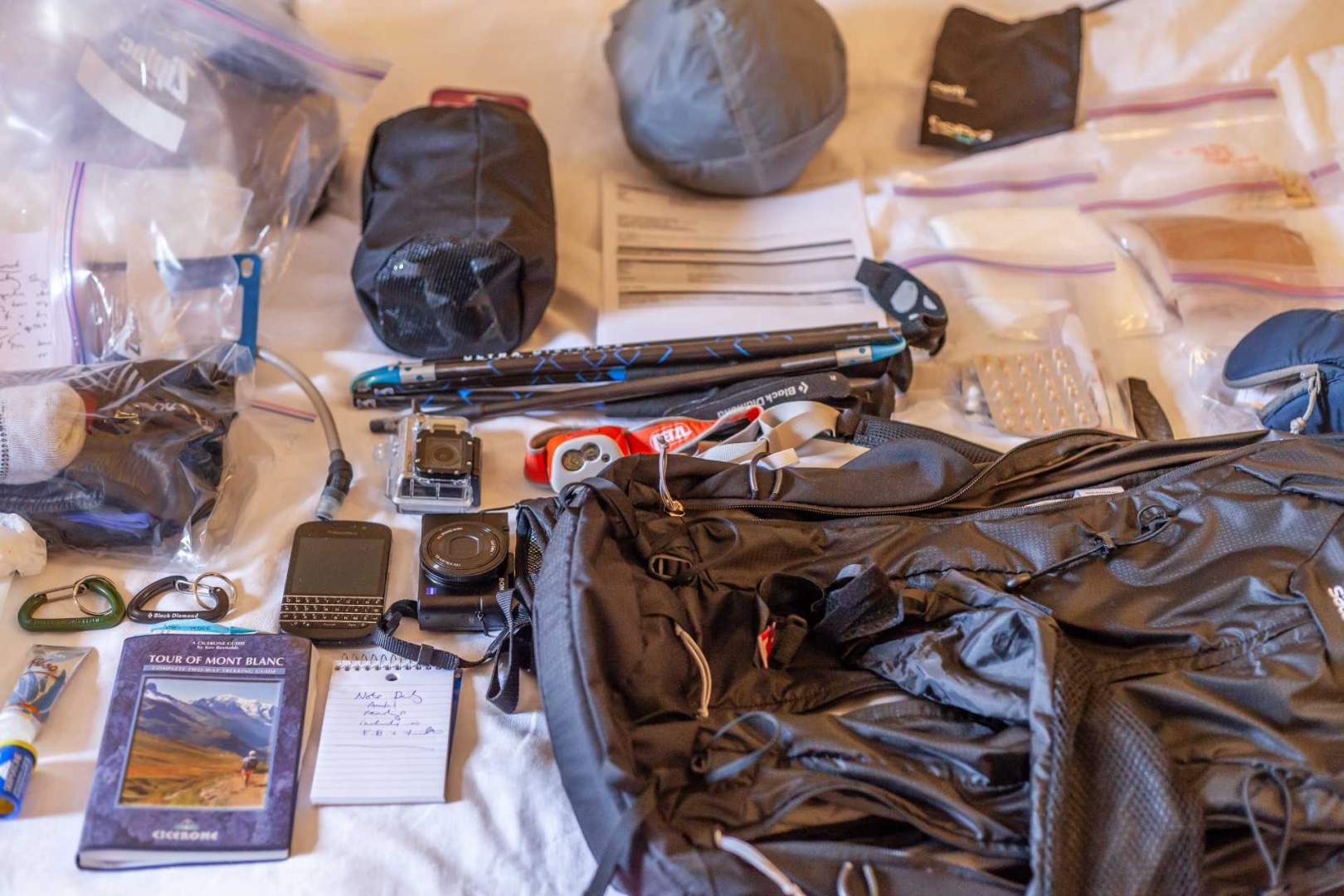 Rob’s gear kit for running his own version of the Tour du Mont Blanc: make a list, check it twice.

The big event. Now we are doing the thing we have trained so long and hard for! The experts will tell you to rest up before the day, but good luck trying to sleep with your brain and body swimming with expectation and nerves.

Once out there,  you may feel a sense of relief that it’s finally happening. There’s also a good chance the subversive self-talk will begin — questioning your pace, complaining about the challenging terrain, doubting your readiness. Are you really up to the task? YES, I AM!

You will now have to manage both the physical aspect of the journey and the mental component (this is why sports psychology books sell so well). In the world of distance running, the highs are often super high and the lows may have you scraping along the rocky bottom. Most of the time, the pendulum continuously swings, so it’s better not to get too used to being in one state or another.

My final piece of advice before signing off is to embrace all of it: the highs, the lows, the views, the running community, the pain, the occasional tedium, and the meditation of it — the whole dang enchilada. We don’t know if we will ever have the privilege of running the same trail again, so drink it up, and celebrate the opportunity before you on life’s winding rolling path.♦

The Tea Sessions with Jeff Fuchs | Master Gao, Flip Flops, and the Brew