5 Ways Living Abroad Makes You Smarter | Does living abroad make you more intelligent? According to scientists, the answer is yes.

There’s a growing body of research on the subject, much of it centred on students who participate in international study abroad programs.  But if you’re a traveler, you don’t need long, tedious research studies to know that navigating foreign environments will change your brain in ways that never happen at home. Here are just a few of the ways that living abroad will make you smarter.

When you live as an expat, you’re forced to find creative solutions to problems in a way that would never happen for a local.  Here in Malta, for example, people have strong networks of relatives and friends to help them cut corners and get things done. But as foreigners, we’re out of those loops, and we have to find a way to do it ourselves.

As an expat living in a strange environment, routine administrative tasks can become an ordeal. I learned just how frustrating this can be the first time I moved apartments on the island. 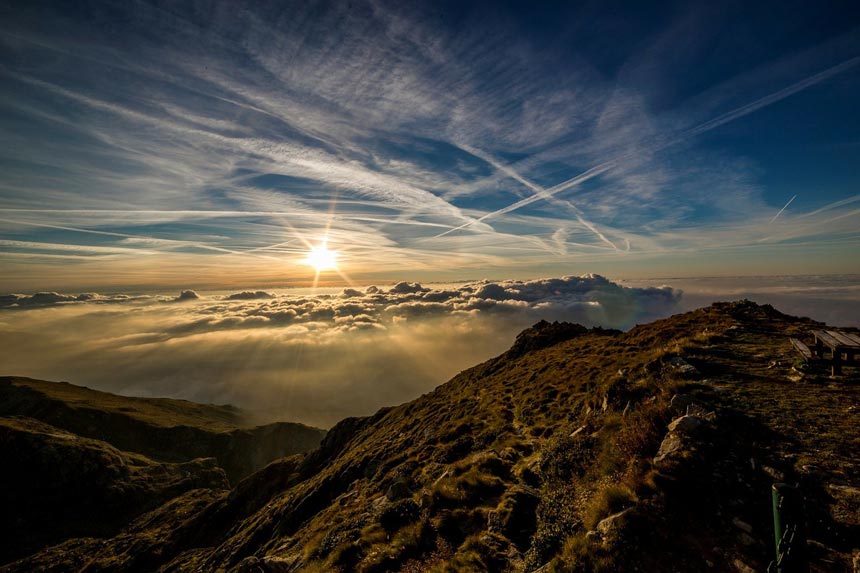 Does travelling and exploring the world make you smarter? (Dan Fador/Pixabay)

You’d think something as simple as changing one’s address would require an online form, or perhaps a visit to a kiosk. But no. In Malta we had to apply for ID cards all over again—a horrifying thought after watching them spend 2 years trying to roll out a new EU-compliant program.

The government had proudly revealed a shiny new website which bragged about how advanced their “e-gov” services are. They had plenty of information on how to get a new card. But there was nothing at all about how to change one’s address.

I sent them an email, which was forwarded to three different departments. A week went by, but still no answer. I prodded them 3 more times over the course of a month. And… silence.

I got an email from the Director of the ID card office within two hours, which said, “Come by tomorrow and ask for me personally.” And I had a new card a week later.

In Canada, an email like that would have gotten me audited, and in the US men with guns would have arrived at my door. But in the Mediterranean, you just have to figure out the right way to push.

Living abroad helps you to develop problem solving skills in real-world settings, where you often have something at stake

Ever try finding dinner in a place where everything’s written in a crazy alien script, and nothing looks familiar?

One wrong move and you could end up with a bowl of the less popular bits of an animal that you’d never expect to encounter on a dinner plate.

You need to apply all sorts of lateral thinking when learning to solve problems in a place where you may not speak the language, and where customs and ways of life are completely different from your own.

You’ll become an expert linguist, sifting through menus in search of common root words in every language you know.

You’ll develop an eye for finding traffic patterns in total chaos which rivals the skills of an air traffic controller.

And you’ll hone a sham fortune teller’s instinct for reading the motivations of strangers.

Or you’ll end up wandering around the centre of that Medieval village for days, wondering why every street leads you back to the barber shop.

Think about the mental gymnastics involved in moving from a place with logical grid-like streets and normal addresses, to narrow streets and alleyways that must have been designed by someone who threw a colander of spaghetti against a plotting table.

You might be able to memorize that map when it comes to your own village. But the only way you’ll ever successfully navigate other parts of the island is by figuring out the logic behind Medieval European urban planning.

All roads lead to the church, and every village has a church at its centre. An alley just wide enough for a compact car can be the main road. And where streets in the centre tend to be named for saints, newer streets on the outskirts are named for politicians.

When you can unravel a spatial puzzle like that, you can warp your brain around 4th dimensional space travel.

Unintelligent people need predictability and routine. They need every aspect of their lives to be the same—to do the same work day after day, go through the same routine, and deal with people who never challenge them or cause them to change.

In other words, they don’t care what they have for lunch, as long as it’s always the same.

Put those people in a situation where surface appearances are suddenly layered with meaning, where all truths are equally false, and their heads will spin like a compass subjected to a magnet.

Living abroad has helped you develop a sharp eye for the nuances of every situation. You’ll have learned to feel beyond the surface appearance. You’ll never let someone else’s meandering ways throw you off your agenda. And you won’t be uncomfortable when you just can’t get a straight answer for anything.

It’s all part of the game. And you’ve become a master.

When they can’t speak the language but they really need to get their ideas across, the unintelligent person speaks louder and more slowly, as though volume leads to comprehension.

But the intelligent person quickly learns that communication is a multi-sensorial thing. And when language is out, it becomes more than just verbal.

When you live abroad, you’ll develop acting abilities you never knew you had.

And you’ll get incredibly good at figuring out what the other person is thinking, and why they’re missing your point.

When you live in a new culture, you build an incredible ability to adapt. And that carries over to the rest of your life.

You’ll find yourself creating innovative solutions to work problems that stump your colleagues.

You’ll find it easier to get along with people who would normally drive you nuts—or you’ll be able to ignore and block them out. How hard can that be when you’re an expert at reading amidst the full-volume shouting that passes for conversation in any Maltese cafe?

And you’ll feel completely at ease in even the strangest situation. When everyone around you is thrown off balance by the odd little man semaphoring his arms up and down and quacking like a duck, you’ll have already figured out that he’s trying to find the bus to Moose Jaw, and he’d like a barber’s shave when he gets there.

But despite all of this, there are some ways in which you’ll never be able to go completely local.

As the English owner of a used bookstore here in Malta once told me, “Even after living here for 38 years, I still can’t drive the wrong way down a one-way street. Even if it’s faster.”

So, DOES living abroad really make you smarter?

I feel very strongly that it can. But you have to meet the experience at least halfway. If you’re an idiot at home, you’ll be an idiot abroad—unless you make the effort to grow and change.

A Stranger at Home: On Reverse Culture Shock

What To Do When You Lose Your Passport Overseas