The battered pound has made Britain a top tourist destination this summer. With even just a fistful of Canadian dollars, here’s how you can make the most of it.

It’s been a few weeks since Britain voted to leave the European Union, and after a sudden plunge and a brief rally, the British pound is continuing to stutter against the Canadian dollar.

While the British government and the governor of the Bank of England are doing everything possible to stabilize the country’s economic situation, in all likelihood the pound’s instability will continue for a while.

While most of this is bad news for the British economy, a strong Canadian dollar against the pound sterling means the United Kingdom is ripe for visiting.

Here are some things you could do in the U.K. this summer or fall you probably never thought of—and two you probably thought you couldn’t afford!—that will cost you fewer loonies now than just a few weeks ago:

1. Search for the Loch Ness monster

Whether you choose to believe that a rarely seen, prehistoric, aquatic sea monster lives in a deep lake in Scotland is entirely up to you. But searching for the creature is undeniably a cool way to spend a day.

While you could head to the loch (lake) yourself and buy a boat tour from one of the local vendors, some things are more fun in a group. And if you do spot Nessie you’ll have witnesses to prove that you haven’t lost your marbles.

Haggis Adventures offer a great one-day tour from Edinburgh; aboard a bright yellow backpacker bus, their one-day tours (from £42) depart at 8 a.m. daily and return by evening.

In addition to a one-hour boat hunt on the loch— equipped with sonar, underwater imaging systems and something equally invaluable: a bar!—the tour includes a picnic, the Highlands, Rob Roy Country and a glimpse of Ben Nevis, Britain’s highest mountain.

2. Have afternoon tea at the Houses of Parliament

Since British politics is all the rage now, why not impress your friends by having traditional English afternoon tea in the Palace of Westminster, more commonly referred to as the Houses of Parliament?

While the current Houses of Parliament only date back to 1840, when it was reconstructed after a major fire, there’s more than enough history within its Perpendicular Gothic walls (yes, that’s the architectural style’s real name!) to satisfy the most insatiable of history buffs or political geeks, and maybe an architecture fan or two. 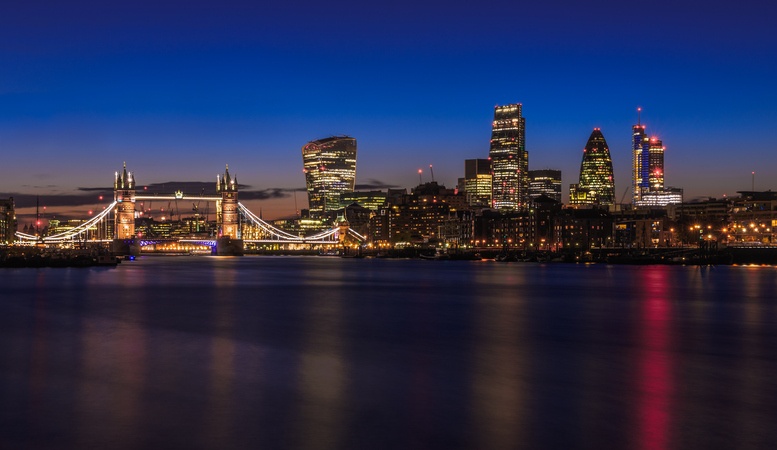 Tours are offered on some weekdays when parliament is in recess and most Saturdays year-round. Visitors have the choice between an audio tour or a guided tour, followed by tea in one of the great rooms overlooking the River Thames. Tea is a selection of tasty little delicate sandwiches (complete with watercress), a plate of sweets (including genuine scones with clotted cream, naturally) and tea (the empire ran on it, don’t you know!).

Wine or champagne is an optional extra, and you can also request vegetarian or gluten-free goodies, though dairy-free doesn’t work when the highlight is cream, cream and more cream.

Tour and tea must be booked at least 72 hours in advance, but if only in London for a brief time, it’s wise to reserve as soon as you know your schedule. The cost ranges from £47.50–£54.50 per person, and all participants are required to raise their pinky fingers.

If we’re truly honest, even the most patient, understanding and mild-mannered of travellers has likely wanted to kill someone when at the lowest ebb of journeying. It could be the guy who not only hogs the armrest on that oh-so-long red-eye flight then falls asleep on your shoulder; the airline that loses your luggage for the second time in as many flights; the taxi driver who refuses to take your weary, luggage-laden body to the hotel because it’s only 12 blocks.

Though such violence is not tolerated (even when accompanied by such reasonable cause), there’s one place where murder is not only tolerated but expected: The Orient Express.

Using fully restored original carriages from the 1920s and ’30s, today’s Orient Express is every bit as elegant and sophisticated as its legendary predecessor, and something any true train buff would just kill for…

If playing Poirot has always been your private fantasy, the slide of the pound to the dollar might be enough to convince you to cash in your hoard of gold sovereigns and hit the rails. Prices start at £770 per person for a one-day/one-way trip from London to Paris.

4. Tour a Welsh coal mine

Perhaps not the best if you suffer from claustrophobia—but how about impressing friends with tales of the time you descended 300 feet in a Welsh coal mine led by a retired Welsh coal miner?

For many, the ruggedly beautiful principality of Wales is synonymous with castles, singing, rugby, and coal mining. For much of the 19th and early 20th centuries, Wales was one of the world’s leading producers of coal, and every day thousands of men and boys descended deep underground for a long day’s work in the pit. The work was brutal, and many died from catastrophic accidents, or years later from lung disease.

One of those mines was the Big Pit in Blaenavon, Torfaen in South Wales. In operation from 1880 to 1980, it was opened to the public in 1983 and is home to the National Coal Museum, complete with a restaurant in the old staff cafeteria. After donning equipment used by real miners—helmet, cap lamp, battery and “rebreather” to provide air in case of an accident—and warned of the very genuine risks still involved, visitors are led down deep into the mine for a 50-minute taste of what life was like for those who toiled in the depths.

The experience is one never to be forgotten and one of the few opportunities in the world to visit a genuine coal mine. Entrance is free.

For a glimpse of what life in a Welsh coal-mining town was like, check out the 1941 classic film How Green Was My Valley. It’s magnificent, and won the Academy Award for best picture.

5. Stay in a real castle

If you know that in a past life you were royalty, what better way to get in touch with your roots than by staying in a genuine castle? The British Isles are brimming with crenelated masterpieces ranging from ones that are little more than a pile of moss-carpeted rocks to still-inhabited gems with red-velvet curtains, strutting peacocks, and stately swans.

And, thanks to the high cost of maintaining a castle (we can all relate!), some have been turned into luxury hotels. Overlooking the crashing waves of the Irish Sea in County Antrim sits Ballygally Castle, a 400-year-old fortification that’s now the only 17th- century building in Northern Ireland still used as a residence.

Rooms start at just £76 per night, but for the true castle experience, try splurging on one of the Tower rooms that are reached via spiral staircase and protected from the elements by three-foot walls.

And of course, what self-respecting castle wouldn’t have its own ghost? In this case, it’s apparently (apparition-ally?) Lady Isabella.

With some in Northern Ireland contemplating following Scotland’s lead and attempting to exit the post-Brexit U.K., this could be your last chance to visit the northwest corner of the “United Kingdom of Great Britain and Northern Ireland” — as it is now properly called.

When Home is the Dangerous Place

Let Them Rest in Peace