A tale of the Garden State, and why it’s not what you (likely) think it is.

Story and Photos by Killian Meara

IfI told you where I grew up, it would undoubtedly bring to mind specific attributes and names. They are the bane of my very existence. I have to thank for this, in large part, a certain egregious reality show.

Simply put, most people’s idea of New Jersey is fallacious. I have, sadly, had to negate responses when prodded for where I hail from more times than I’d care to admit. It is devastating to have to defend my state from stereotypes that have been bestowed upon it under false pretense. That series (Jersey Shore, to those not familiar with it), among others, does not accurately depict my home, nor the vast majority of the people who inhabit it.

However, to be fair, New Jersey has been the butt of countless jokes before them. Known across the country as the armpit of America, for reasons that simply baffle me. Have any of these people actually been to New Jersey? Have they ever experienced the autumn leaves as they change into their myriad colours from the heights of Mount Tammany? Have they ever laid their bare feet in the warm sand of our beaches on a late summer afternoon?

I am going to assume the answer to these questions is a resounding and unequivocal no. Perhaps then, this is an irrational anger I harbour at these ingenuous people, but I do not care.

It is no secret Anthony Bourdain had a love for food, a devotion to travel and adoration for New Jersey, all traits I share with the late chef and TV travel host. We were each born outside of our beloved state, but both raised inside it. I have known nothing else but this place, I have called it home for the 29 years I have been alive. 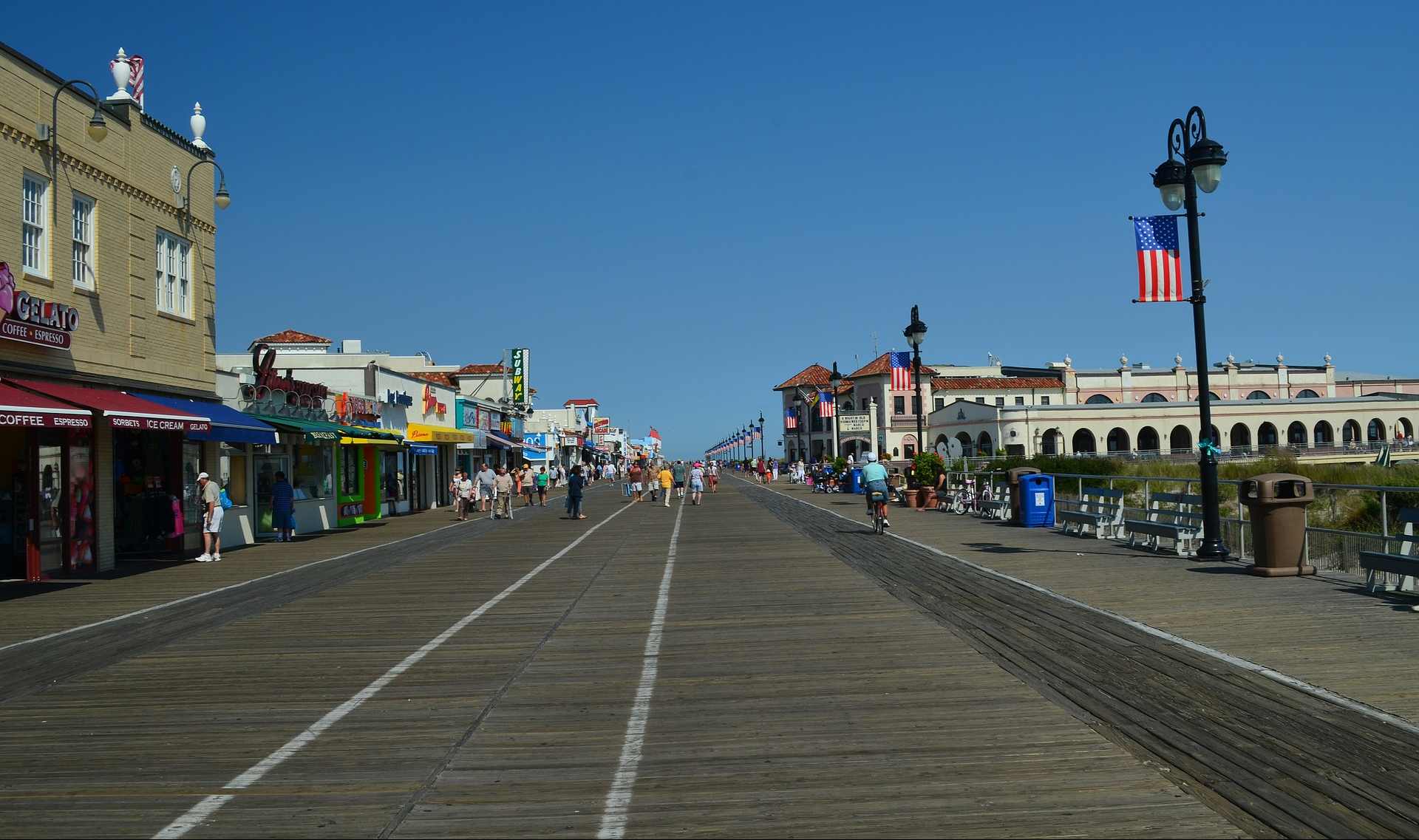 Bourdain spent his childhood and teenage years here, he considered himself as much a native as anyone else, and I will happily accept him into the ranks of great New Jerseyans. As he said, “To know Jersey is to love her.”

I am fond of it here, nothing but pleasant memories fill my head, and yet… I suppose no matter where we are from, for some of us, there is an aching in the pit of our stomachs. A calling for something new, a novel experience that cannot be found from where we stand. With this feeling gnawing at my bones and Bourdain’s influence affecting my view of the world, I have begun to explore other people’s homes in far-off places.

I see this affair as nothing but beneficial. An encounter with dissimilar cultures, seeing how others live their daily lives, will do nothing but enhance you as a human being. This does, unfortunately, make one lose sight of where they came from. Enthralled with new things, a decrease in appreciation from whence you came is all but natural. There is so much to see, taste, hear on this seemingly endless planet, one can be forgiven for forgetfulness.

I recently found out—I don’t know how it escaped me—that our state legislature dedicated a food trail to Anthony. Established in June 2019, in honour of his Garden State roots, it consists of various restaurants that he visited on his journeys back home. The trail stretches many miles, highlighting New Jersey’s numerous gastronomic and cultural treasures. 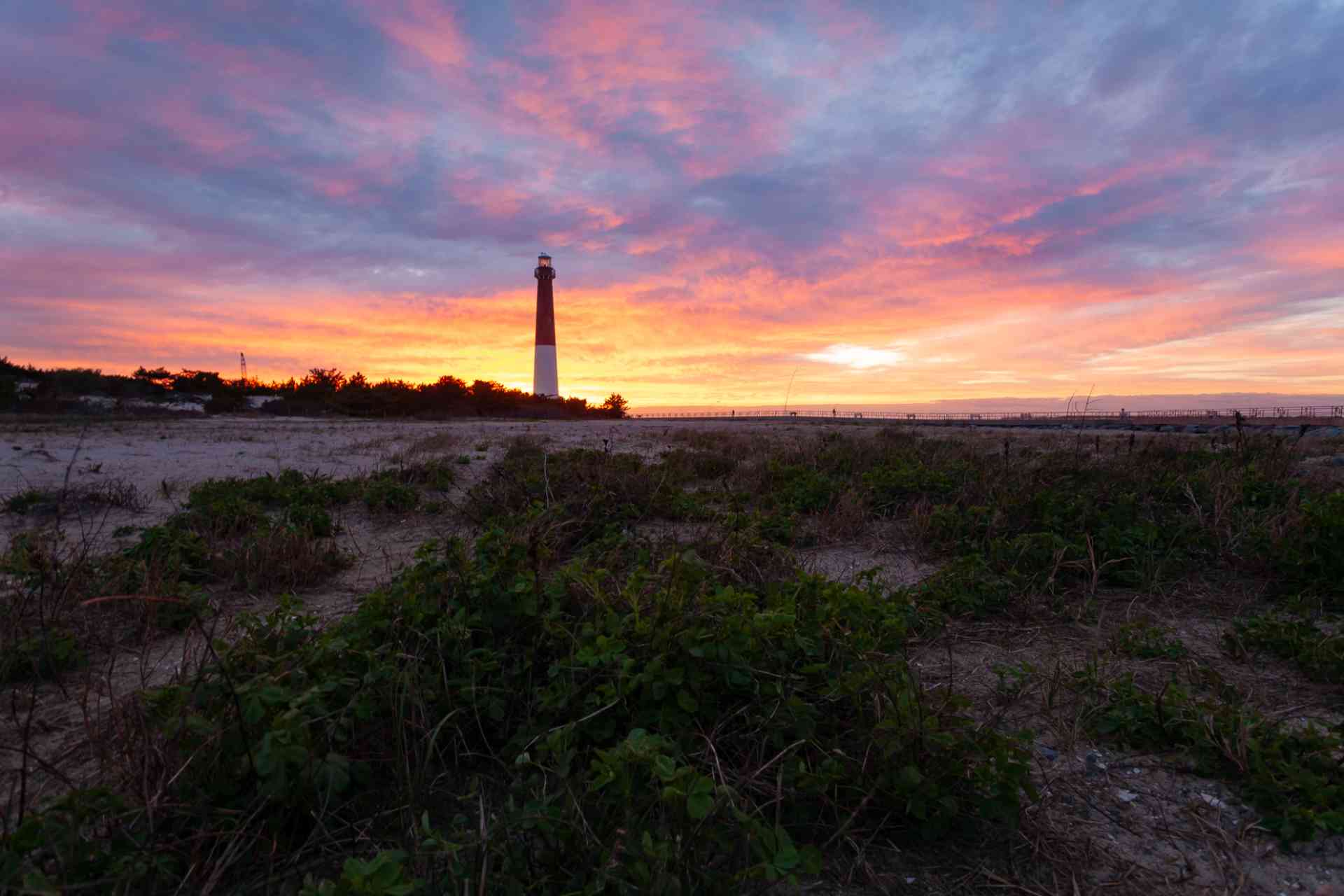 With seemingly no hesitation at all, I decided to traverse some of its course. The grounds for why I embarked on this journey are twofold. The first of these was to dispel any myths that this magnificent state is anything like what the bulk of people believe it to be. The second reason being, to walk in the footsteps of a man I hold in deep esteem, and to remind me of why he loved, and I continue to love, New Jersey so much.

There is, off the coast of New Jersey, an 18-mile-long paradise. It is, for me, somewhat of a promised land, one that has fulfilled all its assurances. Long Beach Island—scarce are the words which can describe it accurately. I perceive a feeling deep in my sinews, one of utter elation, when I think back on my memories of this place. Those late nights in the heart of summer, drunk on the dark beach, the only light to guide is the moon. Laying in the sand, a summer fling curled close, gazing up toward the night sky at the multitudinous stars. Bliss.

I have lived on this island for the past four years, working in restaurants during the busy season for seven and visiting my extended family’s beach houses since I was a child. Bourdain vacationed here a great deal during the summers as he was growing up. During an episode for his award-winning show Parts Unknown he returned.

Dining at Kubel’s in Barnegat Light, he claimed that he could not remember a single bad time from his days here. He reminisced with his brother Chris about playing with army men on the beach, hitchhiking with strangers, and acquiring his first kiss. With a big plate of crispy, rich fried clam strips (a northeastern delicacy) and a cold beer in front of him, Anthony put it simply, “I’m happy.” 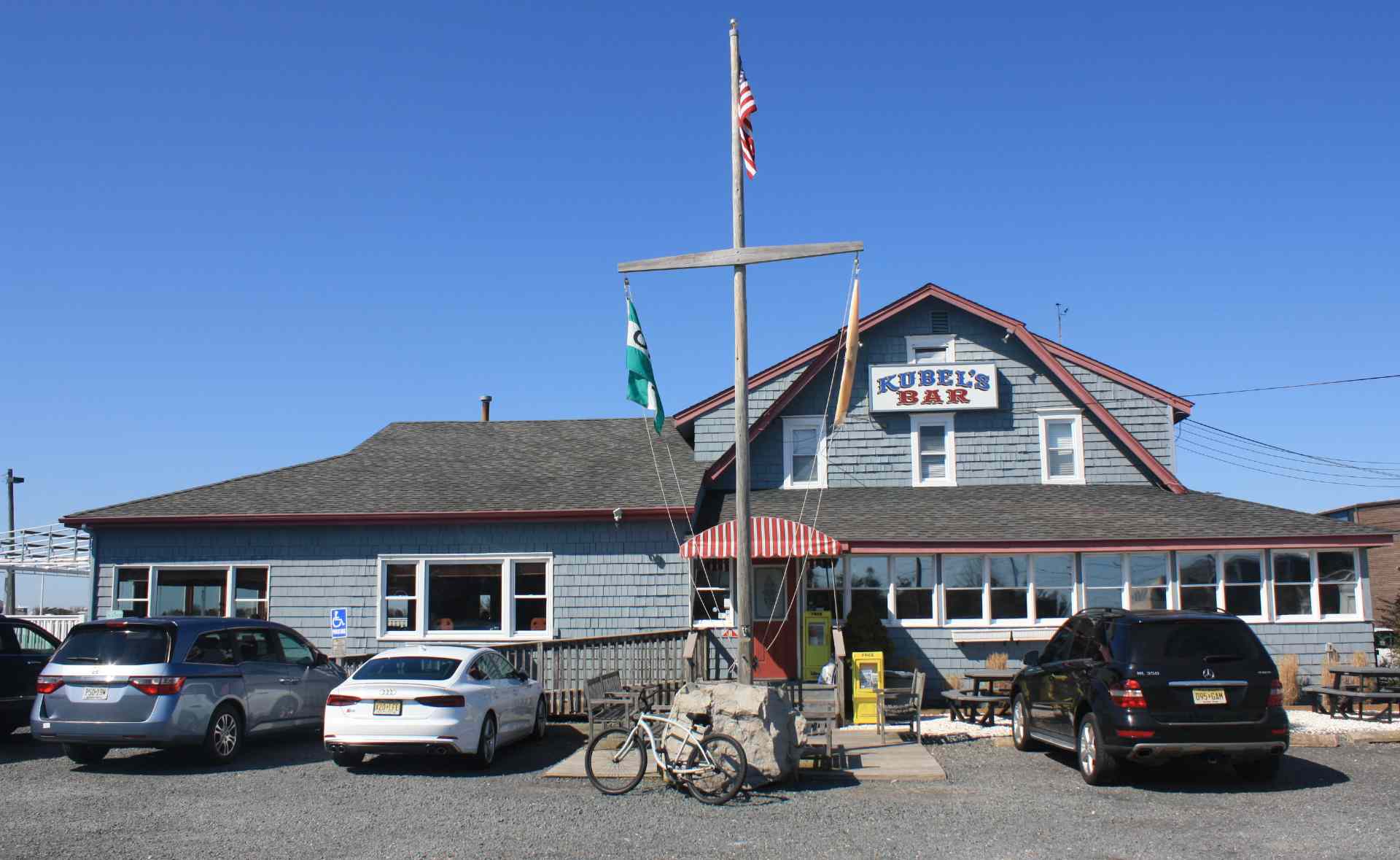 Kubel’s Bar in the borough of Barnegat Light on Long Beach Island. (KM)

To be sure, there is no lack of seaside towns across New Jersey’s 130-mile coast. From Sandy Hook to Cape May, the eastern line of this state is fraught with beaches. Long Beach Island, though, is different. A sole causeway is the only means of entering or exiting, and as one drives over the bay, it is like infiltrating a world unto itself. A family destination, what with an amusement park, water park, ubiquitous mini-golf and arcades.

Nevertheless, there is no shortage of degeneracy for the willing, if only one knows where to look. I can wholeheartedly attest to this fact. Restaurants in abundance, there is a thriving food culture. Excellent food, too. The beaches, pristine. The people, affable beyond belief. You cannot walk by a single soul without a smile, a wave, a warm hello.

This is, no doubt, a close-knit community, even for those who only stay between Memorial Day and Labour Day. It is clean, it is safe, it is a refuge for the weary.

Forty-three miles south of Long Beach Island rests another type of Eden—albeit, of an entirely different nature. One with towering structures, bright, flashy lights and a long, convoluted history. Atlantic City, what was once a bustling resort area, known as America’s playground, is now a shell of its former self. 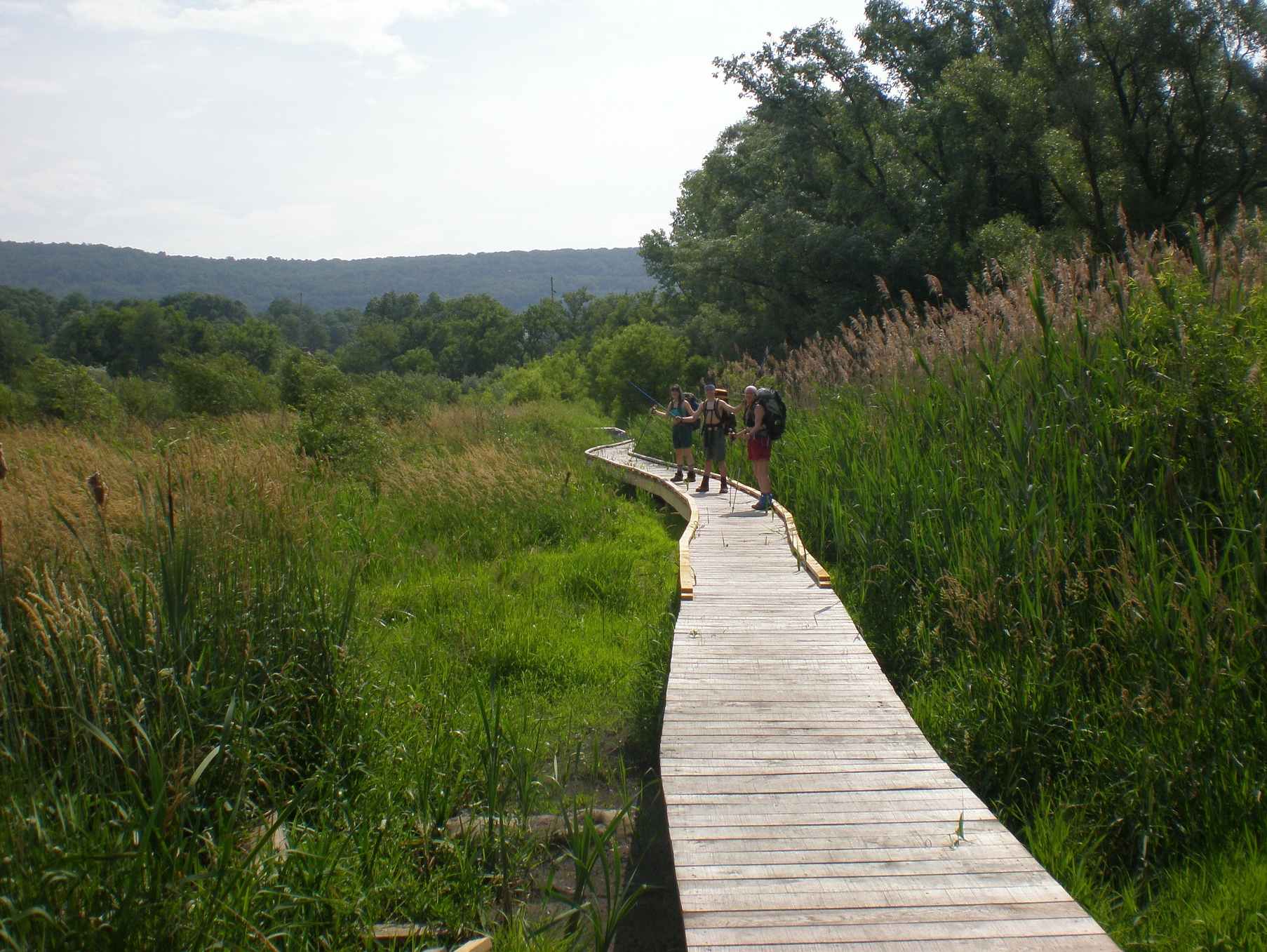 Pochuk Creek, NJ, with a section of the Appalachian Trail. (C Mauger/Pixabay)

During its zenith, from the early to mid-20th century, the city was a sensational escape for people in neighbouring cities. A quick train ride and one could be out of the suffocating confines of the masses and relishing the cool, ocean breeze. As Prohibition took hold of the country, Atlantic City became known as a boozer’s utopia. Due to the, shall we say, lack of enthusiasm for the law, one could readily acquire alcohol and not fret about being tormented by police. With a decline following the Second World War, however, coupled with the advent of economized air travel, the city took a sharp slide downward.

Then, miraculously, like a solution direct from the Almighty himself, came gambling. (Sarcasm intended.) In came monstrous atrocities of architecture in the form of casinos, tearing to shreds the resplendent hotels of the golden age. To give credit where it’s due, the new form of tourism generated vast wealth and lifted the economy. But not for long, and not for everyone.

The future of Atlantic City is largely up in the air, but there is still charm in abundance and amusement to be found. It is a rite of passage in Jersey to inaugurate your drinking legality in the immoral boundaries of a casino. I was no exception, and I will spare you the gruesome details. Suffice it to say these alcohol-soaked baptisms do not usually end well—but it would be disingenuous of me to say I did not thoroughly enjoy mine, and many others. 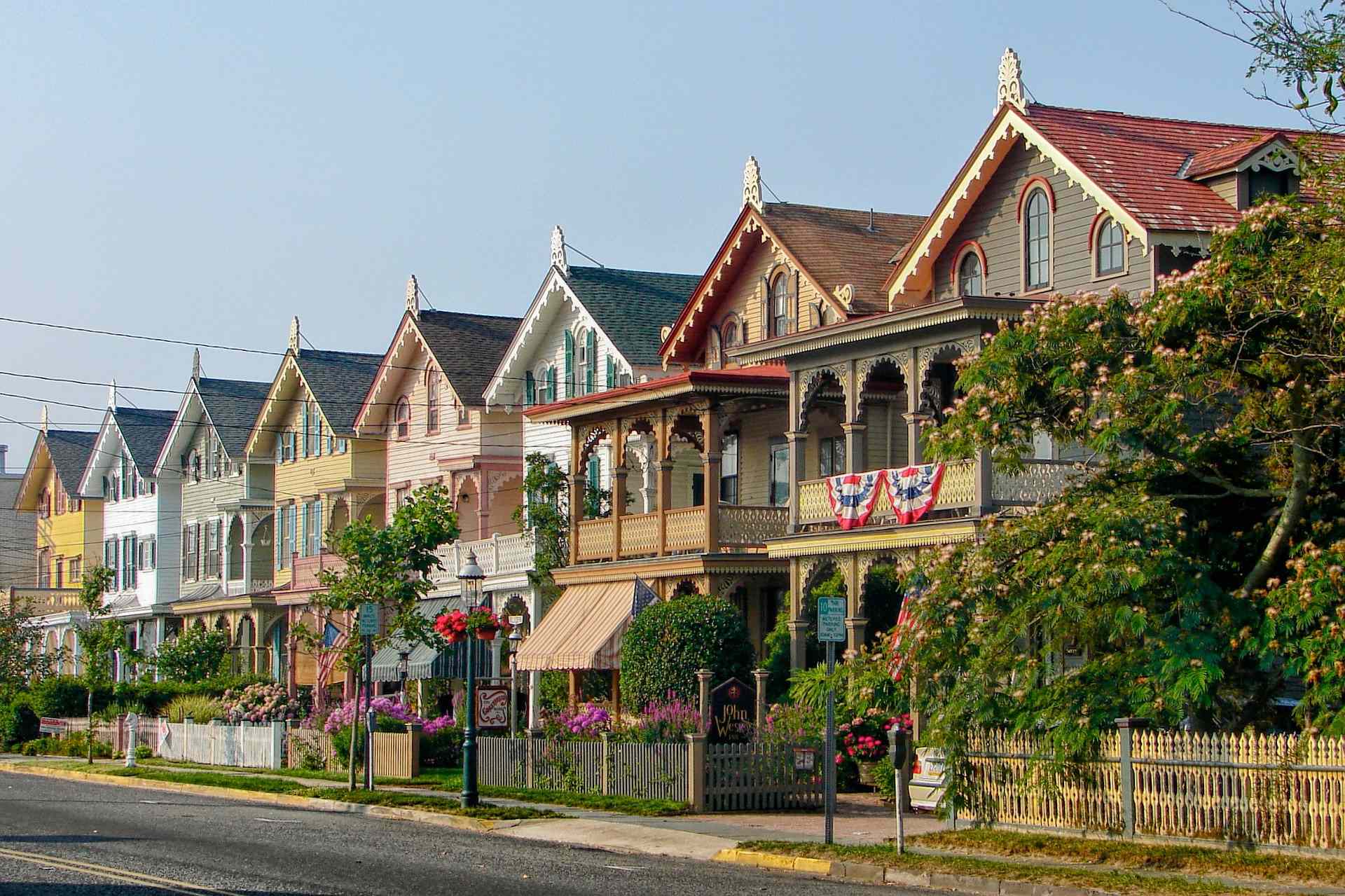 There are remnants of the early era still there—it just takes a little digging to discover—in the form of restaurants and bars that have stuck it out through all the turbulence. Dock’s, where you can eat fresh oysters and ceviche until your heart’s content. Bourdain proclaimed the oyster house was “A symbol of what Atlantic City was and should be again, could be again.”

The Knife and Fork Inn, where “Nucky” Johnson himself sipped illegal hooch all those years ago. The opulent dining rooms are lined with mahogany and white tablecloths, transporting you back to the Prohibition epoch. Along with others, these relics are what will bring Atlantic City back. An idiosyncratic personality one cannot find anywhere else. 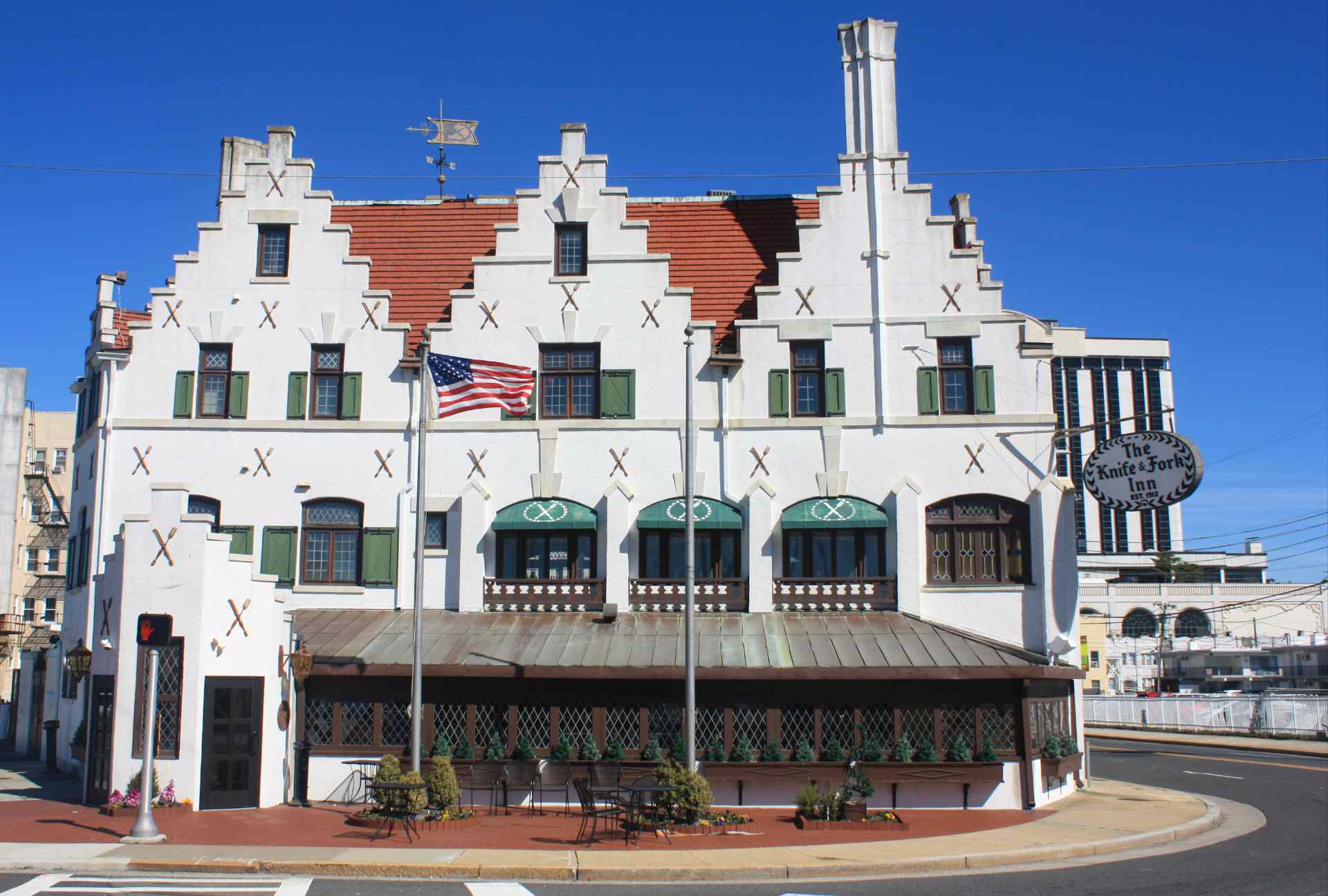 Two hours and change up the Garden State Parkway lies a side of New Jersey that is a far cry from the alluring beaches of the south. If ever there was a place where the atmosphere fits the imagination of the deluded mob, then Northeastern Jersey is surely it. Home to Newark International Airport, Jersey City and Paterson, and flanked on its east by New York City, it is a sprawling jungle of concrete, highways and smokestacks.

Even here, though, it is a matter of locale, of perspective, of opinion. Dispersed throughout the area are lush state parks, the antithesis of the urban metropolis. There is Palisades Interstate Park, with its distinctive, volcanic cliffs overlooking the Hudson River. Bear Mountain State Park, with its rolling, forested hills, and many others to boot.

These places are not what comes to mind when people think of New Jersey, and herein lies the problem. This state, with all its less-than-distinguished parts, contains aesthetic marvels that are simply overlooked. Why is this the case? Is it because no one bothers to get off the freeways when travelling through? Concluding that there is nothing to see, and spreading this misnomer far and wide? 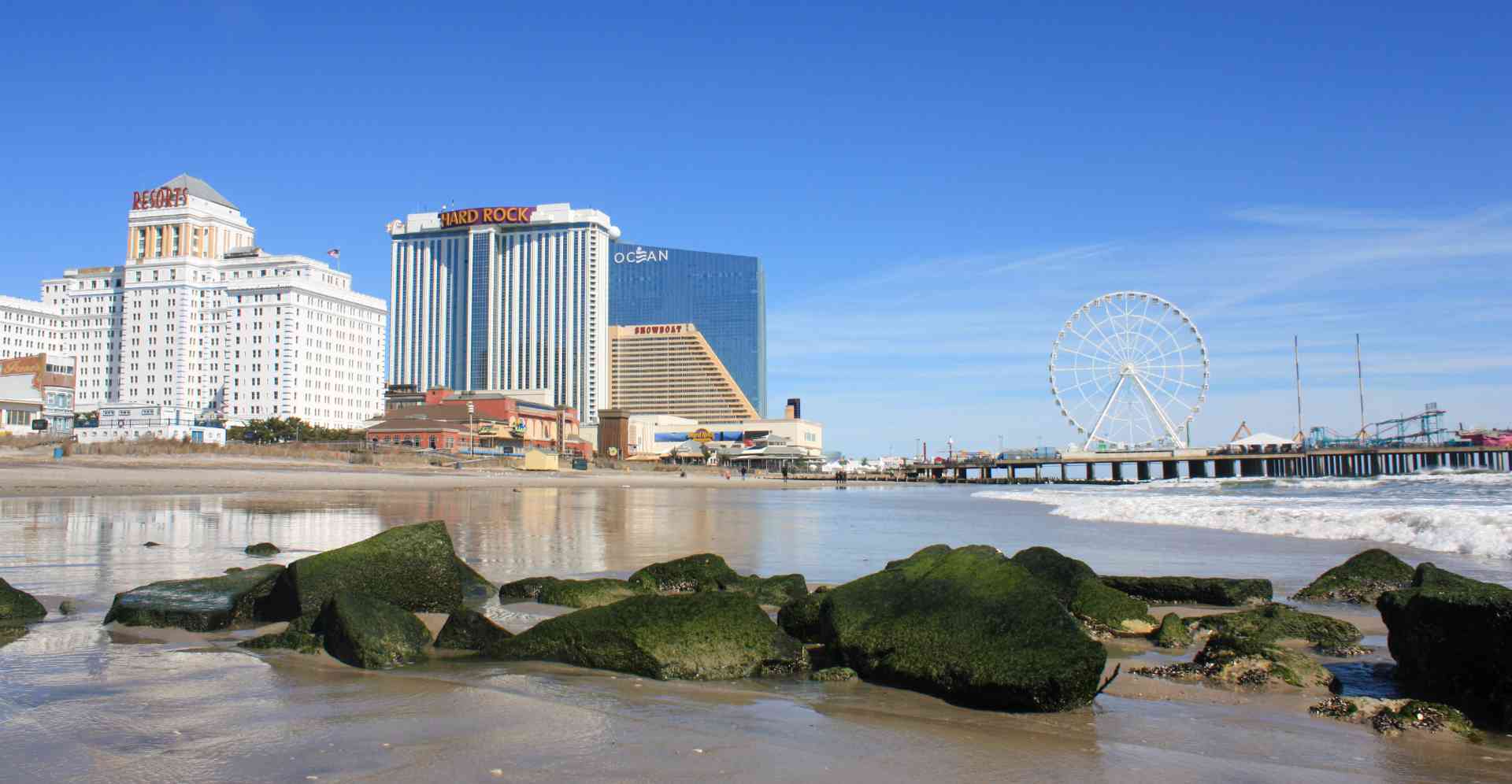 Steel Pier in Atlantic City houses an amusement park not far from the Hard Rock hotel and casino. (KM)

This, I would venture to guess, must be the case. Any other explanation besides downright slander escapes me. Who knows.

A last stop. Across the river from Upper Manhattan lies Hiram’s Roadstand, in Fort Lee. Here, it is doctrine to order a deep-fried hot dog. This meat-in-tube form, to borrow a Bourdain idiom, is considered one of the best. The man himself saw to it to convince his daughter as much. It is a place that has not perceptibly changed since its founding. An admirable trait in a world full of constant transformation. 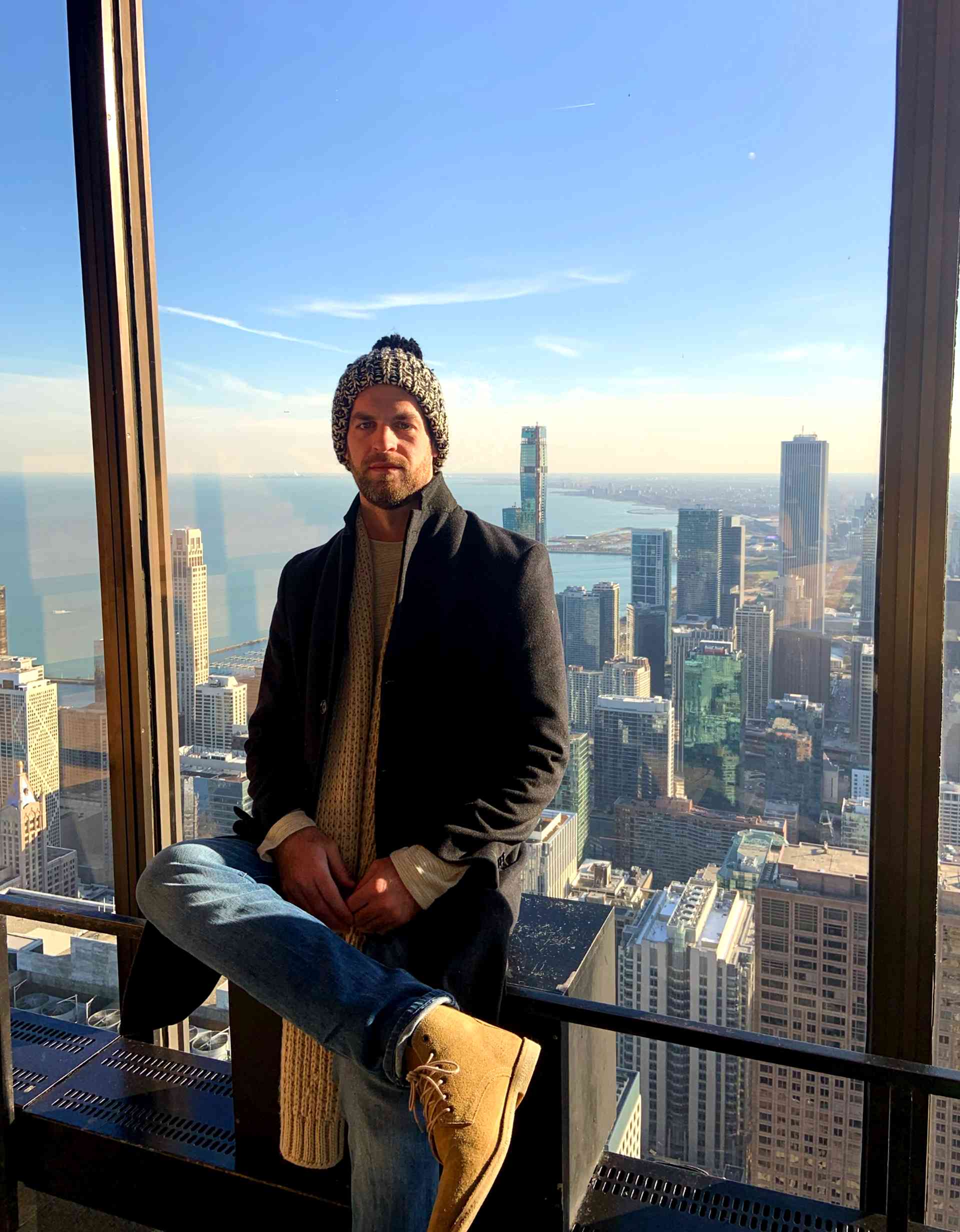 The author against the expansiveness of New Jersey’s skylines and coastline. (KM)

“I come here to feed my soul from the cultural wellspring that is New Jersey. It’s the antidote to every other place.” If you will not take my word for it, take Anthony’s.

If a man who, quite literally, saw the entire world could see the untold beauty of New Jersey, then assuredly, you can as well. So, please, disregard all the gross rumours you have heard about my home state, reserve judgment, and come and see it for yourself.