Just because you don’t like getting naked with strangers doesn’t mean you’re uptight—especially if you’re female. Then again, doing it in places where it’s common is an opportunity for self-acceptance, as one traveller found out.

Story and Photos by Alison Spencer

You might ask why I’d repeatedly live out my worst nightmare. But, in truth, I wouldn’t trade the experiences for anything because I found, firsthand, that the best way to immerse oneself in a culture is to submerge oneself in their public baths. It not only gives you the chance to experience a country’s traditions, but it also teaches you a great deal about yourself.

In 2008, freshly graduated from college, I flew to Turkey with my mother, aunt and cousin. Our first stop was Istanbul, and we partook in everything. We wandered through the Hagia Sophia. We gorged on Mediterranean food. We climbed to the top of the Galata Tower. We efficiently checked each sight off of our list, enjoying every moment.

But it was our visit to a hammam, or Turkish bath, that stands out, both for my discomfort and as the first time I truly experienced Turkey. I felt a lump forming in my throat before even walking through the front door. I’d never been to a public bath but knew it involved nudity, a thought that led to instant palm sweat. 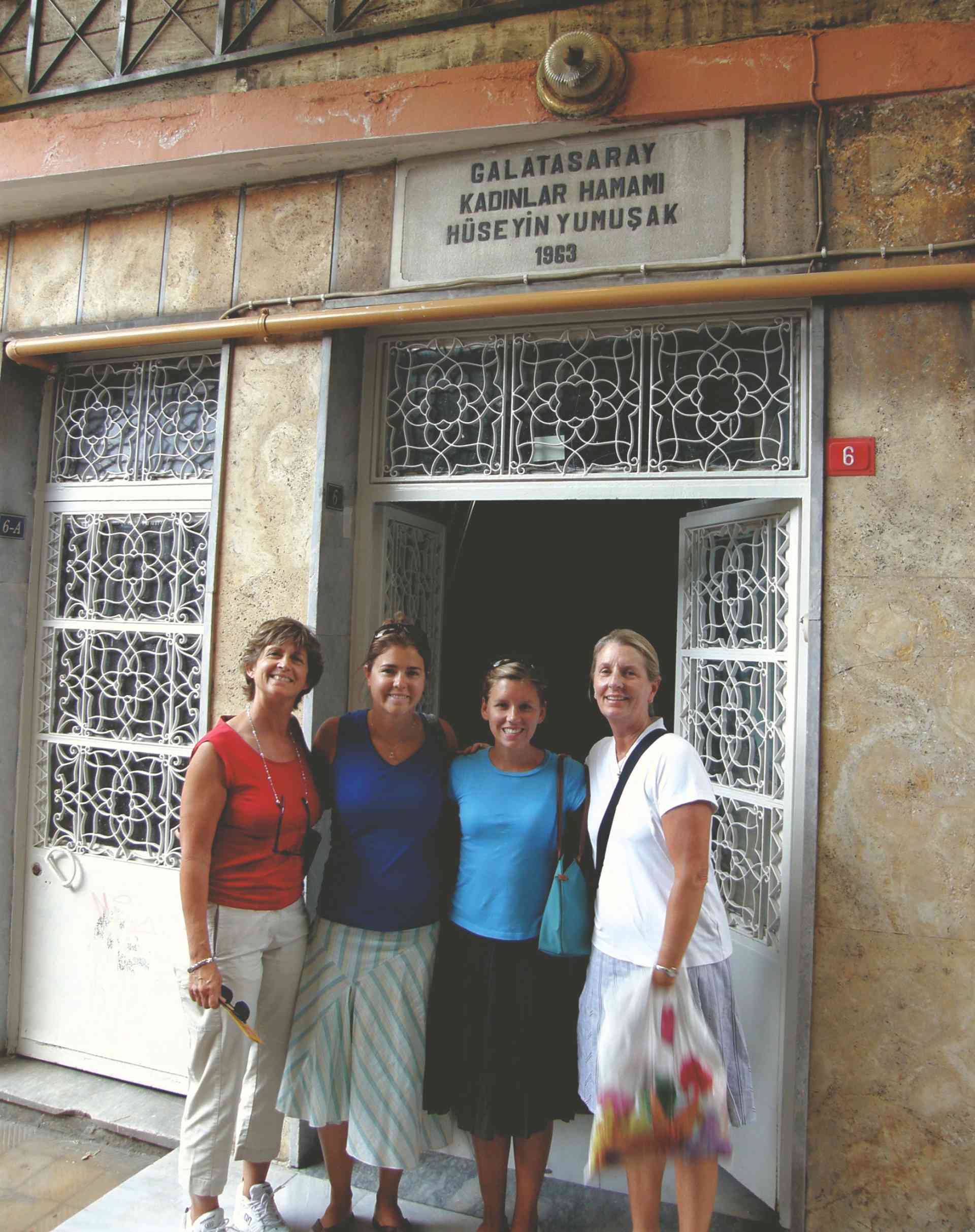 The author in Turkey, with her aunt and cousin. 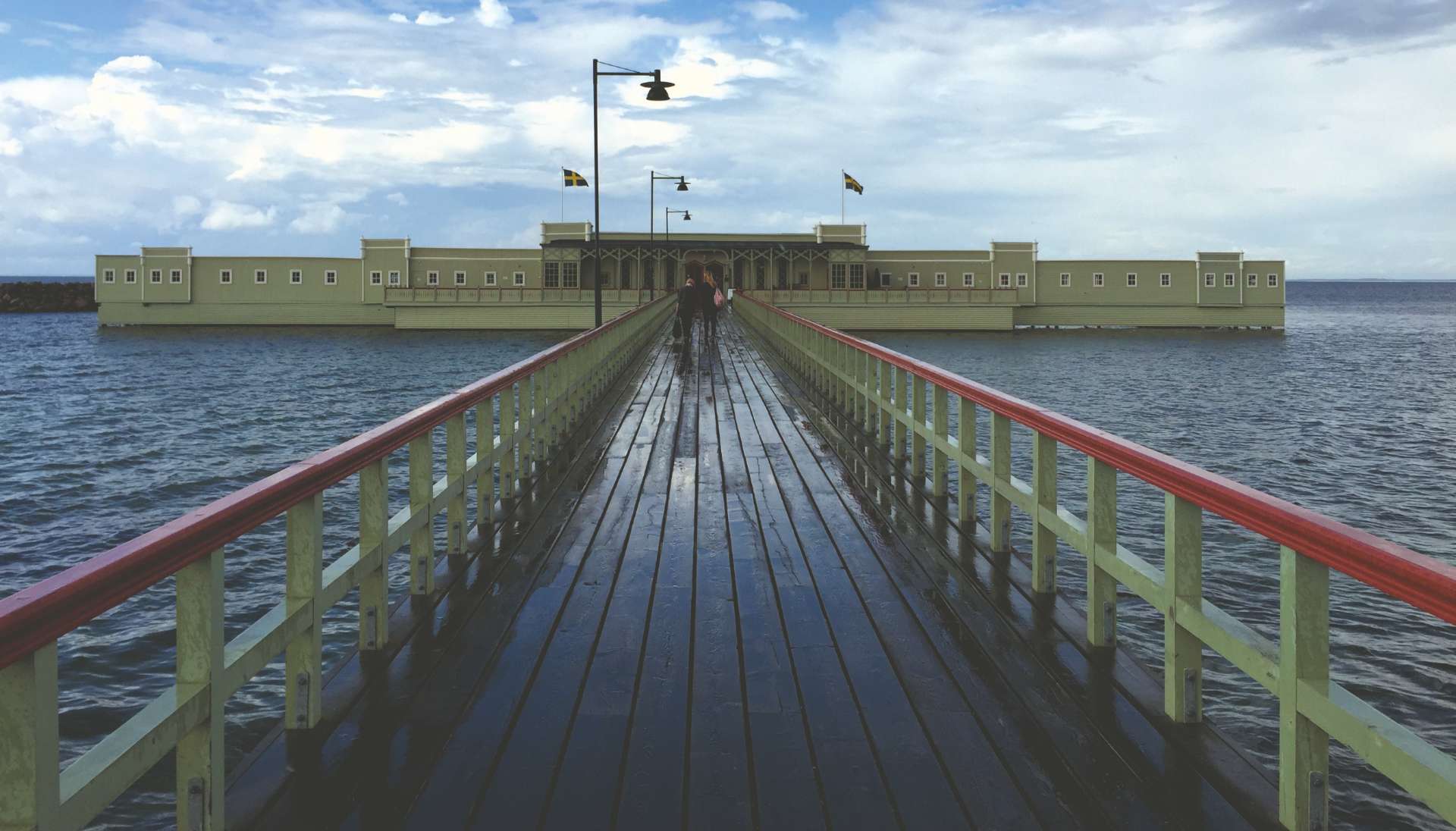 In Sweden you head to the sauna, then take a very cold dip. 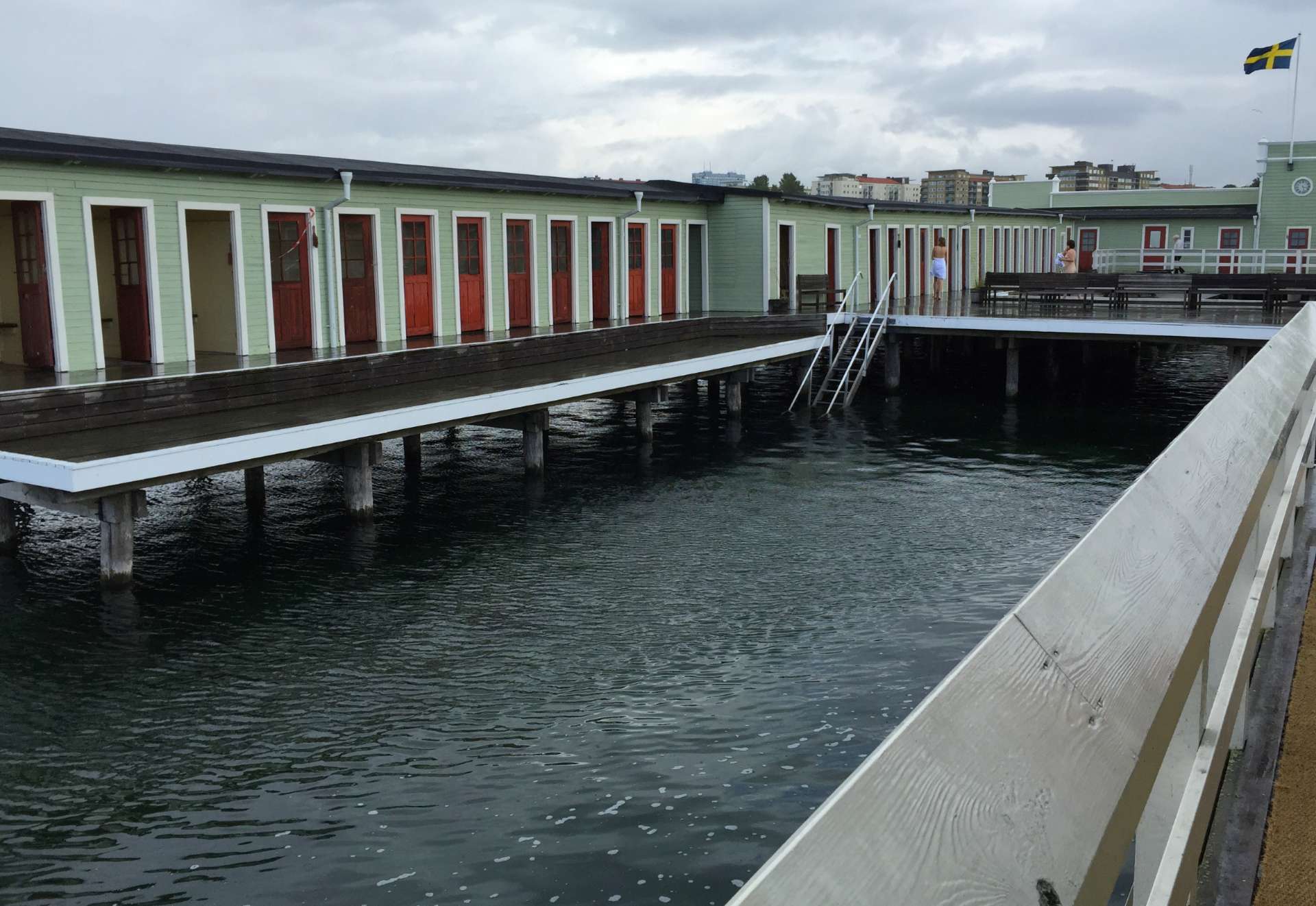 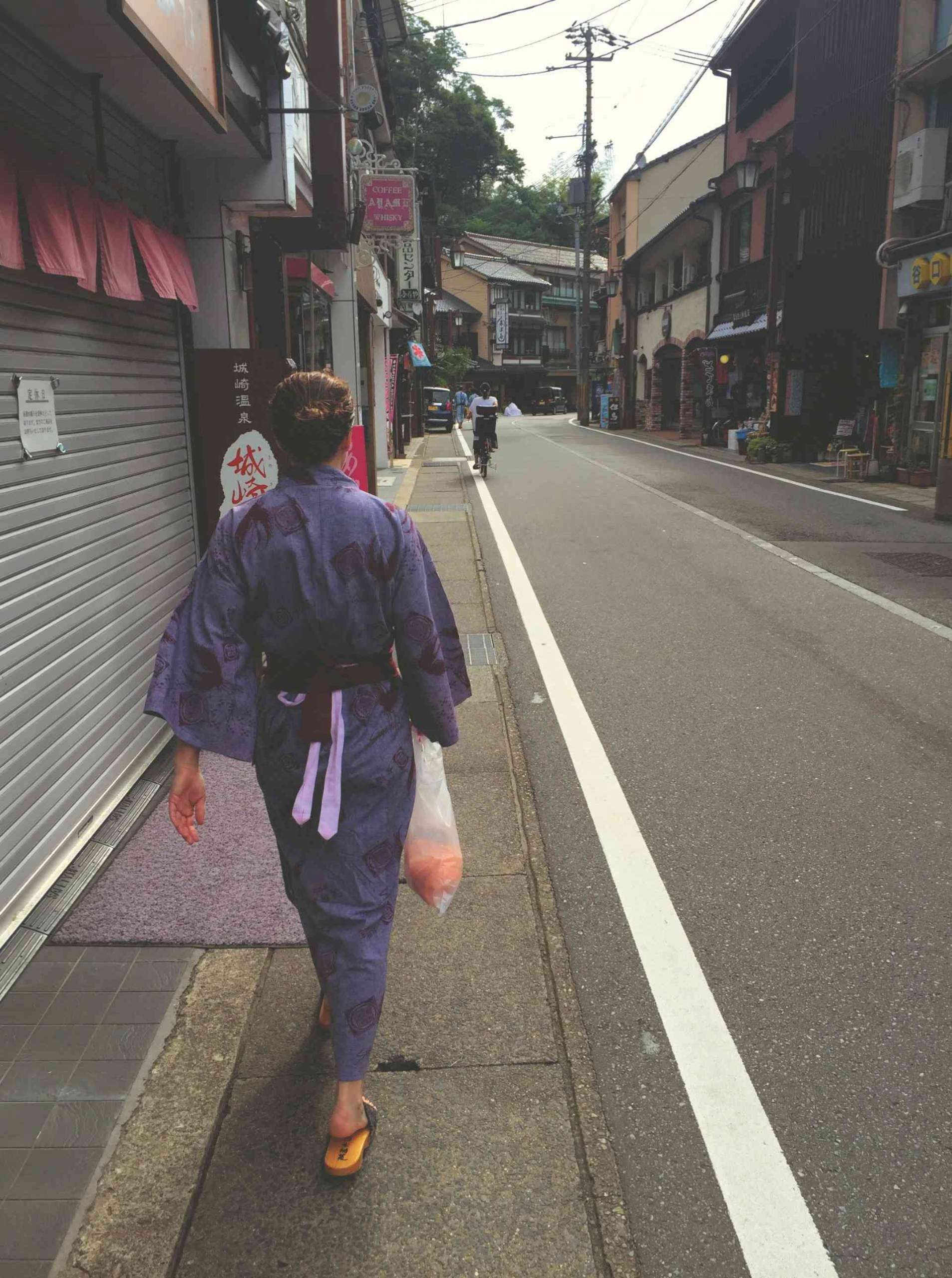 Heading to the bath in robe, Japan. 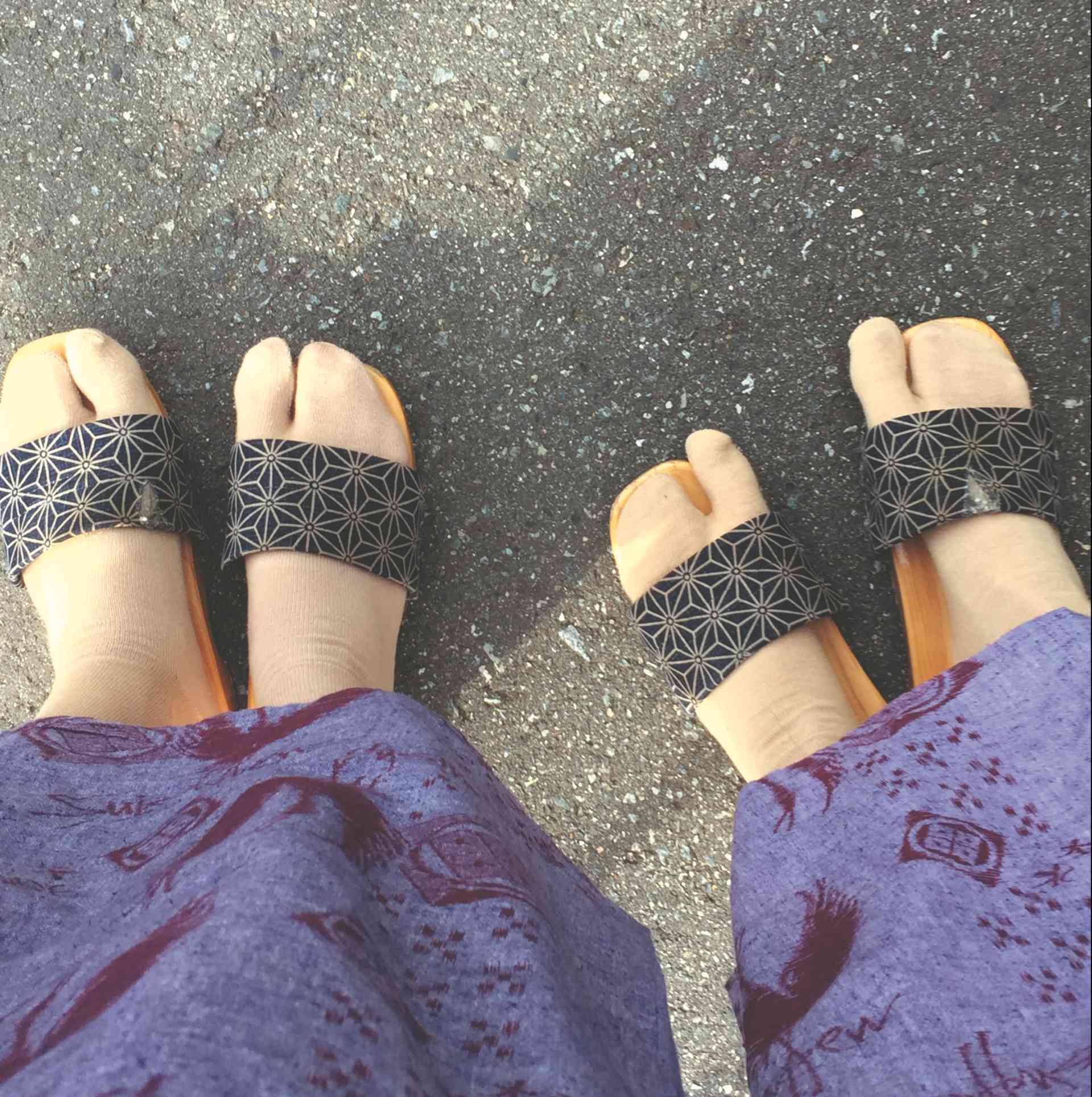 Ushered into changing rooms we received towels and detailed instructions, neither of which eased my concerns. Clothes off and wrapped tightly in my towel, I ventured alongside my family to the hammam, not entirely sure what awaited.

Entering the hararet, or main room, was like stepping into the Ottoman Empire, when the tradition first started. Marble covered every corner. Ceilings rose tens of feet above us. A huge slab, known as a göbek tasi, sat in the middle. In a society where they remained covered, the hammam offered a space in which women could express their female selves, where they could feel more comfortable and at ease than in other social settings. As a place where all women, regardless of differences, are equal, participants lounged on the marble steps, readily embracing themselves and their nakedness.

I, on the other hand, felt the exact opposite. Truly fearing being naked in a room full of strangers, I’d kept my bikini on, preferring to draw attention for being clothed than perhaps flying under the radar nude. I tentatively took off my towel and sat down on the outskirts, enjoying the heat, although hardly relaxing. Suddenly, one of the older topless women, known as a tellak or masseur, pointed in my direction, beckoning me toward her and to the center slab. 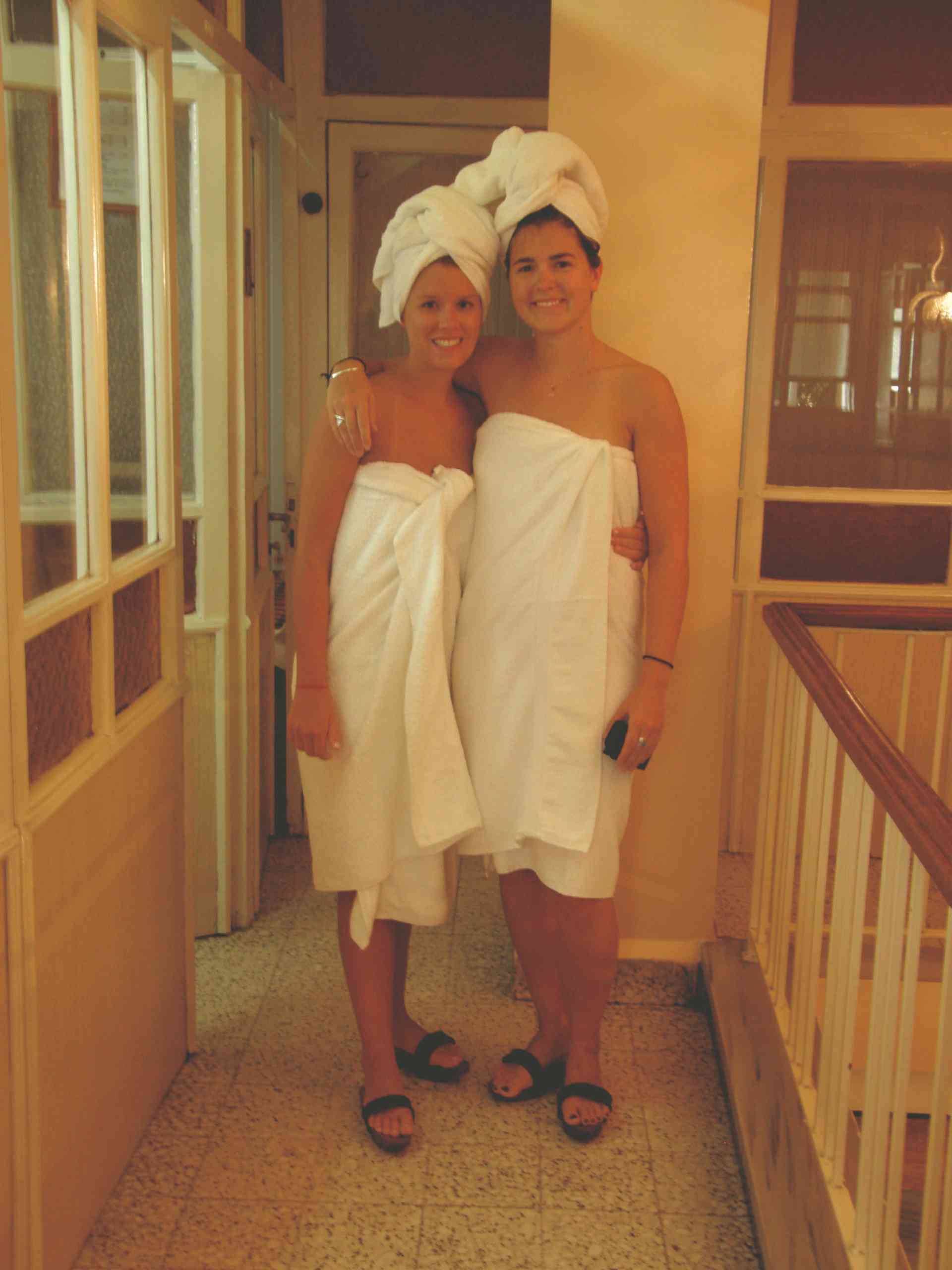 The author (right) and her cousin, having survived the Turkish bath experience!

I shuffled toward her and laid on my back, as directed. Grabbing a loofa, she began to clean my body. Starting with my appendages, she worked closer and closer to the parts covered by my swimsuit.

Once reached, rather than recognizing its purpose to cover me, she saw it as an impediment. Gruffly pulling my suit to one side and then the other, she practically tore it off my body, along with any modesty I’d hoped to maintain.

Exposing more and more of me, at no point did I feel rejuvenated or relaxed. The force with which she scrubbed ensured not a single dead skin cell survived, and combined with my growing embarrassment, left my newly cleaned skin red.

After what felt like an eternity, she situated my swimsuit back into position, washed my hair and sent me back to the steps. I waited while the others went, each looking more relaxed than I. Left with my own thoughts, I began to wonder if I could’ve enjoyed my time on the göbek tasi had I opted to embrace it.

I started to regret feeling such discomfort throughout a typically freeing and traditionally Turkish experience. Even the women scrubbing were bare-chested, perfectly content with and in their own skin. Why couldn’t I have done the same?

Flash forward seven years and, at the age of 29, I found myself in Malmö, Sweden visiting a family friend. Linda had spent the day showing me the sights. We walked around the Turning Torso, admiring its architecture. We wandered through the Old Town’s shops. We strolled the waterfront paths. It was on our way back to her apartment that Linda casually pointed out Ribersborgs Kallbadhus, a structure stretching out into the water.

While I’d spent time in Scandinavia previously, I hadn’t learned of their sauna traditions and Linda filled in my knowledge gaps. You start in the heat with a handful of others, sitting in a room warmed to 115 degrees Fahrenheit. Once sufficiently sweaty, you submerge yourself in the partially frozen water outside. This pairing of hot and cold has a positive impact on your health, and as she described the events I wondered what it would be like. Within minutes, despite my aversion, I found myself actually suggesting we try it.

Walking down the dock, I felt a familiar sensation, nerves rising in my stomach and throat. We turned into the ladies’ section and, once again, stripped in preparation for the sauna. Linda assured me I could wear a swimsuit and while desperately wanting to, I remembered the hammam and just kept on underwear, a milestone for my anti-nudist tendencies. Covering my now free upper body with a towel, we entered the heated room. Taking a deep, very warm breath, I removed my one layer of protection, attempting to settle into my surroundings.

Every woman within the sauna appeared unbelievably satisfied naked. Even as a young man entered to stoke the fire, no one batted an eye or made moves to cover up (which I did quite quickly). The heat grew and sweat droplets coated my body. Leaning back against the wooden wall, I relaxed, feeling more at ease, both physically and mentally than I had in Istanbul.

Reaching our heat limit, Linda and I vacated the sauna. At the edge of the dock, I looked down at the blue sea, contemplating dipping in my toes. But knowing it best to leap, I dropped my towel, closed my eyes, and flung myself into its depths. The cold jolted my body, taking my breath away, but surprisingly didn’t dissipate my relaxed nature. While I’d kept underwear bottoms on, it seemed this time I was more comfortable with the practice and with myself. Here I was, in a different country, participating in a different bathing tradition and actually changing into a slightly different, more confident person. 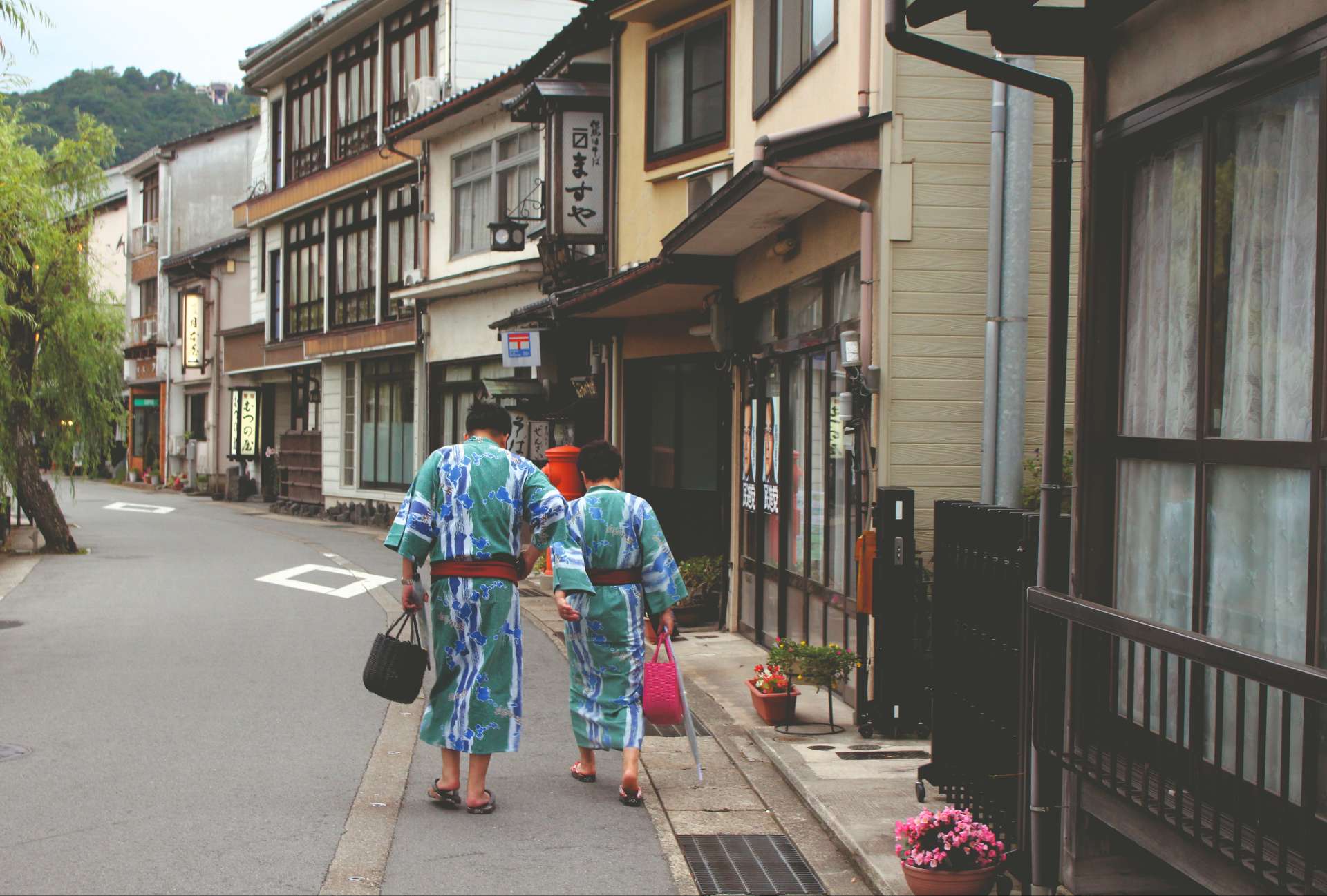 In Japan, the onsen process, popularized during the rise of Buddhism in 552 AD, “proved an almost sacred ritual.”

Almost exactly one year later, my friend Celia and I arrived in the town of Kinosaki, Japan. Famous for its large number of hot springs, or onsens, we were eager to get a firsthand look into this aspect of Japanese culture. Donning our traditional yukata (cotton robes) and geta (wooden sandals), we made our way toward the Gosho-no-yu onsen and our first bathing experience.

While walking, we noticed locals wearing similar garb, heading for their own cleansing, ready to participate in a practice that clearly held an important place in their daily routine.

Entering the onsen, we noticed the steaming pools. Whereas wood fires heated the previous bath I’d tried, here, situated on the Pacific Ring of Fire, the water’s warmth was completely natural. And so was being nude, despite the otherwise reserved nature of the Japanese. Made popular during the rise of Buddhism in 552 AD, the onsen process proved an almost sacred ritual.

Bathing among other females was about purification, about immersing in geothermal springs to rid your body of sins. And this, obviously, could not be achieved while clothed.

I knew here my white skin would stand out far more than it had in Turkey or in Sweden. But rather than shy away, I opted to lean in and embrace the tradition. For the first time in my life, I removed every single piece of clothing. On a small stool, I sat fully exposed and washed myself with soap and water, a requirement prior to entering the pools themselves.

Leaving my towel behind, I made my way to the baths, a walk that left me on full display in front of my friend and fellow bathers. We found large rocks on which to sit and soak before venturing to the outdoor section, where a cascade dropped water directly into the pool in which we were submerged.

Surrounded, and almost build from, rock, I found a wooden headrest to recline on. When overheated, I escaped to a nearby bench, allowing heat to exit from my fully naked body. Exiting the waters, I felt lighter than I had in years. The weight of the day, along with the weight of my self-consciousness, had washed away.

Now, don’t get me wrong. I still won’t wander around a locker room naked. And I’m not joining a nudist colony. But the experiences taught me to embrace uncomfortable situations, and more importantly to feel more comfortable in my own skin. I learned, through three separate soaks, that baths are a place to experience the culture of a country, a place for healing and rejuvenating one’s body or mind, and a place where whoever you are is just fine.

Alison Spencer is a teacher and avid traveller who been to all seven continents and 51 countries...so far! You can read more of her stories on her blog at www.amcstravel.com and see her on IG at @amcstravel.

Yunnan, a Tea Lover’s Paradise | On the Ancient Trail with Jeff Fuchs

Should you have the chance to visit the New York City area, there are a number of Korean Spas (jjimjilbang) in and around the city. One of the best is in Palisades Park – King Spa. Great way to spend an afternoon. Similar to a Japanese onsen, separate nude bathing areas for men / women.