Benefits of a Second Passport

One of the biggest issues that expats have to deal with is residency. Obviously, residency permits differ by country, and you’ll need to research this thoroughly before you make a move.

But there’s a major “ace-in-the-hole” that could make your expat experience a heck of a lot easier.

Having a second passport can open all sorts of doors beyond your country of residence. If you’re an EU citizen—congratulations. You’ve got the golden passport that opens the most doors when it comes to countries. You can live and work anywhere in the European Union Schengen Zone. 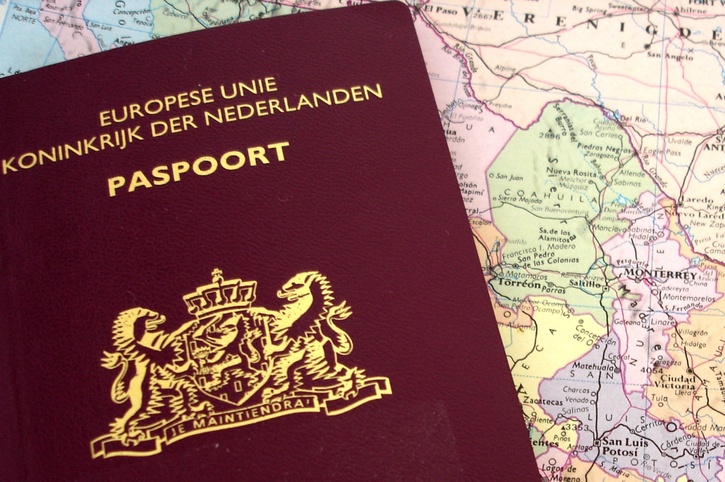 By contrast, if you’re not an EU citizen but you’d like to live in a Schengen Zone country, you get 3 months out of every 6. So that means spending half your year outside of the EU. And as a non-resident foreigner, you won’t be allowed to work legally, either.

But don’t worry—all is not lost for those who want to live in Europe. You might actually already be a citizen already without even knowing it.

I was, and so my residency here was a breeze. But more on that later. I want to give you some actionable info you can use straight away. Do you have a grandparent from Ireland, Poland or Italy? Or a parent from the UK?

If you answered yes, then you might qualify for citizenship based on your lineage.

Germany also extends citizenship in certain cases to grandchildren of Germans who lost their citizenship on racial, political or ethnic grounds between 1933 and 1945.

Contact the embassy in your country to check the individual requirements.

And do this even if you don’t intend to live in any of those countries. Holding a passport from an EU country means that you can live and work in any other EU country, thanks to Freedom of Movement laws.

If you do qualify for citizenship by descent, you’ll have to dig up documents like birth, marriage and death certificates for your grandparents and parents, and submit these to the embassy of the country in question, along with an application form and a fee. The embassy website often has a resource guide with links for tracking down these documents if you’re not sure where to start.

There are other ways to qualify for a second citizenship, including living in a place for more than a set period of time (which can be as low as 5 years for Paraguay, or as much as 10 years for Austria), or investing a large amount of money in the country (the Caribbean island of St. Kitts will grant you citizenship if you invest $350K in qualified real estate).

But citizenship by descent is by far the easiest for those who meet the requirements.

Things to keep in mind when evaluating a second citizenship

Some countries have minimum stay requirements for residency. For example, acquiring residency in the tiny principality of Andorra—on the border between Spain and France—is relatively easy. Andorra requires you to purchase a non-interest-bearing government bond which will be returned to you when you leave. But you must also spend at least 6 months per year in the country. That may or may not be a desirable option for you, given your lifestyle.

Check the military service requirements for your prospective country of citizenship. You might be required to serve a set term, and you might be eligible for conscription. Know what you’re signing up for before you apply.

Taxation based on citizenship

Only a few countries in the world—Eritrea, Somalia, North Korea and the United States among them—tax their citizens by nationality rather than residence. This means that you’re legally obligated to pay taxes to that country, even if you’ve never lived there, and even if you’re already paying taxes in your country of residence. Speak to a tax advisor if you’re in any of these groups, because you don’t want to mess around with this stuff.

Personally, I would never voluntarily assume citizenship in any of these countries. That price is just too high to pay.

So there you have it. Second citizenship is probably the easiest way to obtain hassle-free residency in a large part of the world— especially if you want to base in the European Union.

My grandparents emigrated to Canada from Northern Ireland in 1929. Northern Ireland is, of course, part of the United Kingdom, and the UK only grants citizenship by descent if one of your parents was from that country. But I looked into it anyway. And as luck would have it, the Republic of Ireland recognizes Northern Irish descendants too. All Ireland is one, I guess. And Ireland grants citizenship by descent going back as far as your grandparents.

I wrote letters to obscure parish churches in County Antrim to find my grandparents birth and marriage certificates, and I applied for documents from the Canadian government too. And when I had collected every item on the embassy’s helpful list, I sent it all in along with my application form.

I was recognized as an Irish person born abroad, and my name was duly noted in the Foreign Birth Registry at the Embassy of Ireland in Ottawa. Once my citizenship certificate arrived in the mail, I was able to apply for an Irish passport.

That European Union passport has opened a lot of doors for me. It allows me to live here in Malta without the hassle of work permits or all the rest of it. And my wife, who is a Japanese citizen, can come along too.

If you think you might qualify for a second passport by descent, I advise you to look into it immediately. Do it now, even if you don’t see any immediate future need for it. You never know when it’ll come in handy.

Do you have a second passport or dual citizenship that you’ve used to set up expat life abroad? How did you get it? Please share your story with me in the comments below. I’d love to hear it.

Adventure Jordan: Land of a Thousand Lights | an Outpost Expedition