After reading Ryan Langley’s story on solo sailing in the doldrums of the South Pacific, former Outpost associate editor Michael Fraiman pondered the four books he’d take if alone for weeks in the middle of nowhere.

I can’t recall ever setting foot on a sailboat, but after reading about Ryan Langley’s epic journey, I felt oddly compelled to float across the world. To be honest, the solitude wouldn’t bother me—if I was prepared for it. So, in the spirit of solitude, here are books I’d take with me on a solo sail, ones I’ve been meaning to read for the past few, uh, years:

Some might call this an obvious one, seeing as there is literally an online group dedicated to crawling through this 1,079-page dystopian epic as a summer read. (The challenge is called “Infinite Summer,” kicking off June 21 and ending September 21—the idea being that unless you stick to a strict daily regiment, you probably won’t finish this mammoth tome.) 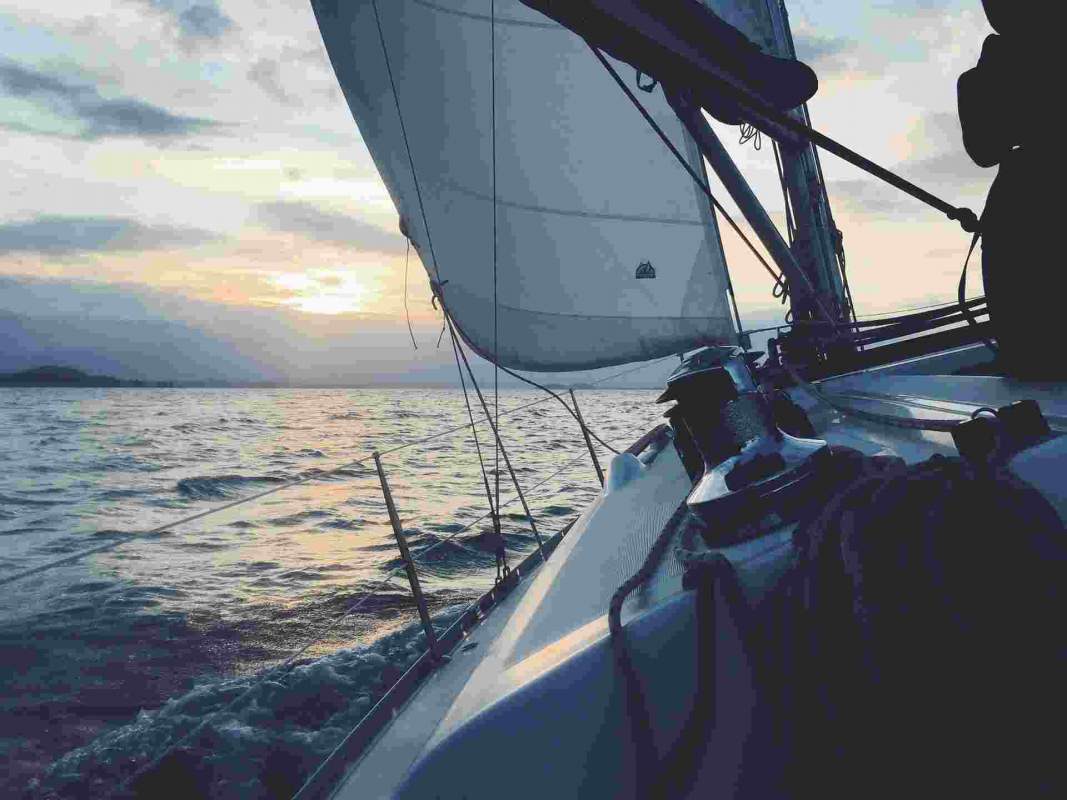 What books would you take on an epic solo sail? (Pixabay)

But I wouldn’t bring Infinite Jest merely because it’s long; fact is, I tried very hard in university to enjoy David Foster Wallace’s page-long run-on sentences until I realized I hate them. I’m sick of David Foster Wallace. I own books by him that I never intend to open again. But maybe, if I were stuck on a 62-day sailing trip with nothing else to do, I’d be able to dig into what’s been called his magnum opus and take the time to understand it, arriving back on shore land with a new opinion. Failing that, I’ll tie the book up and use it as an anchor.

This is one of those books I would only finish if forced to, probably appreciating the force afterward. I petered out earlier this year after getting through two-thirds of this Colombian epic. It just started dragging in my mind, and I read less and less each week in favour of other books on my shelf. In the spirit of second chances, I’d bring it on my boat to remember why I started it in the first place, and why everyone else in this world seems to adore it: to enjoy a boundless universe of multiple generations, political upheaval and magical realism that makes any reader feel small in the real world. A little magic would go a long way during this ride.

2) One Hundred Years of Solitude—in Spanish

Hey, if I’m going to be stuck on a boat for two months, I might as well come out fluent in what is now a passable middle-school understanding of Spanish. What better way to learn a new language than by comparing it side-by-side with its English translation?

And in a curveball finale, I’d bring one of my all-time favourites: a seminal work of Renaissance-era satire that helped launch the Protestant Reformation. The book is written from the perspective of the goddess of foolishness, so that if you were to read it aloud (as I would surely do on this sailboat) you’d realize it is effectively the world’s first great stand-up comedy routine.

Example: Have you ever noticed how weird it is for old men “with one foot in the grave to marry a plump young wench”? It’s “so common that men almost expect to be commended for it”! Okay, this isn’t knee-slapping comedy—but the fact that Erasmus wrote it 500 years ago always blows my mind. It culminates in a tirade against bishops, the Pope and even Jesus, stating that nothing is more foolish than absolute belief in God, and nothing more necessary: “The more perfect and true his love is, the more pleasant is his madness.” Duly noted: I’d have to be pretty mad to even attempt this silly boat ride.

Who Has Seen (or Heard or Felt) the Wind? | An Epic Solo Sail in the South Pacific

Lockdown Travel | How To Trek, or Plan a Trek, from Home