Biting Off More Than You Can Chew in Florence, Italy

Culinary delights are one of the great pleasures of travel …but overindulgence has its price. Plus, fantastic Florence by photo!

Story and Photos by Simon Vaughan |

When in Rome… well, this was Florence. But the general sentiment still held true: when in Rome, do as the Romans do. Therefore, on the patio of a small restaurant on a narrow street just a short walk from Florence’s Duomo, I ordered the famous steak Florentine, or bistecca alla Fiorentina to the locals.

“You do know what steak Florentine is, don’t you?” my wife asked me, knowingly.

“Sure,” I replied, confidently. “It’s a steak, and it’s from Florence and it’s very famous,” I answered, hoping to impress her with my vast knowledge.

“And it’s huge and practically raw,” Alessia kindly explained with head tilted to one side, and what I suspected were hands on hips even if hidden beneath a red and white tablecloth.

I am most definitely a carnivore: I love meat; practically all meat. So a large, rare steak (or “blue” as we meat lovers like to say) sounded rather good.

“…and it was banned by the European Union for years as a health hazard,” she added happily, twiddling her breadstick in a shallow saucer of olive oil while turning nonchalantly to watch the via vai of an Italian evening.

The waiter arrived a little while later and placed a sensible portion of delicious-looking spaghetti alle vongole before my wife. He asked if she wanted ground pepper. A second, more muscular waiter appeared struggling with an enormous platter hoisted on his shoulder. On it sat a telephone book-sized slab of meat accompanied by one miniscule potato and a wooden-handled sabre of which Crocodile Dundee himself would have been proud.

“Una bistecca alla Fiorentina,” he said as he placed the formidable plate before me, using two trembling arms to support its mammoth weight.

“Buon appetito,” he bid, then quickly retreated before I could change my mind and opt for a salad.

“It probably took me the better part of an hour to finish my steak.”

I stared at my meal incredulously. This was like the steaks you get in those restaurants where you eat free if you can manage to consume the entire thing without the need of an air ambulance. Except this was barely seared. This was beyond blue…more like a gelatinous purple.

“So that’s the Steak Florentine, huh?” asked the English couple at the neighbouring table. “Better you than me, mate. Mind if I take a photo of you with it?” he asked while raising his point-and-shoot camera.

I smiled, nervously, and raised my scimitar ready to do battle. 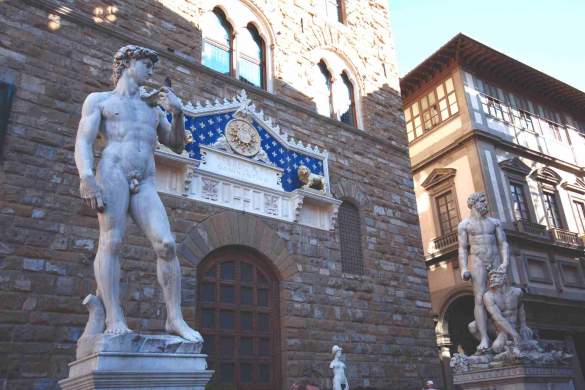 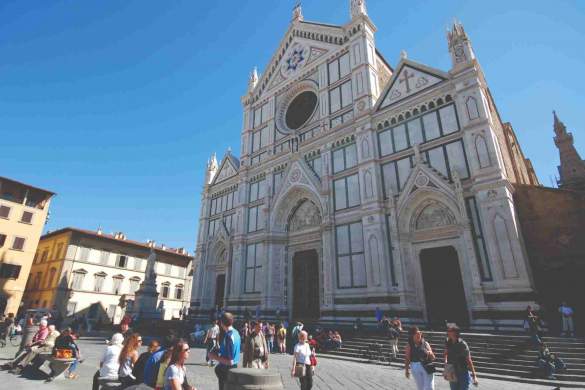 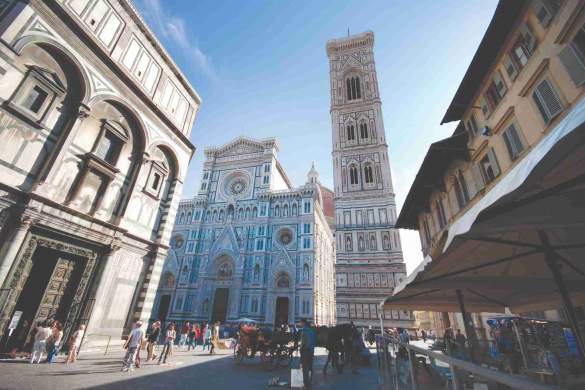 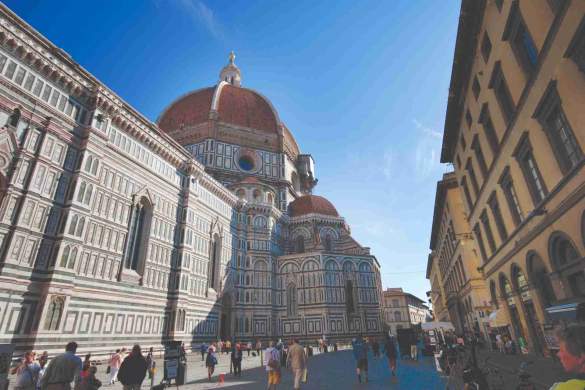 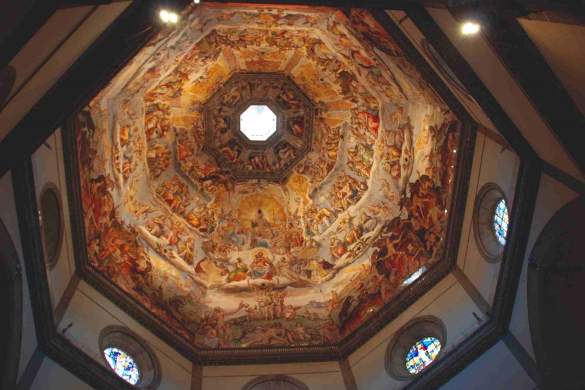 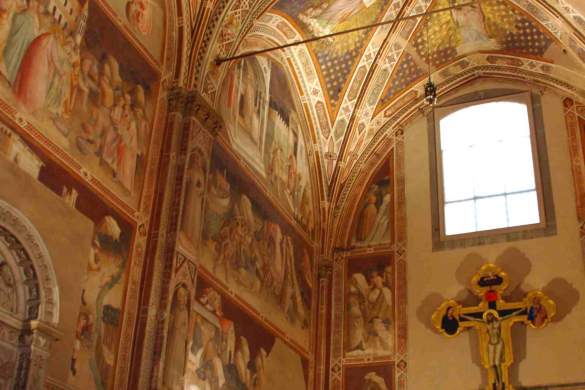 Every country has a national dish or a local delicacy, and embarking on a bit of culinary exploration is one of the great pleasures of travel. Some specialties are well known and obvious—like a Coney Island hotdog in Coney Island, a Yorkshire pudding in Yorkshire or hamburgers in… uh, Hamburg?

Egypt offered so many wonderful tastes and smells that I shall treasure forever kofta and falafel, tahini salad and grape leaves stuffed with ground beef, tomatoes and spices. But perhaps my most memorable meal in the Land of the Pharaohs was in a small, backstreet Luxor eatery. 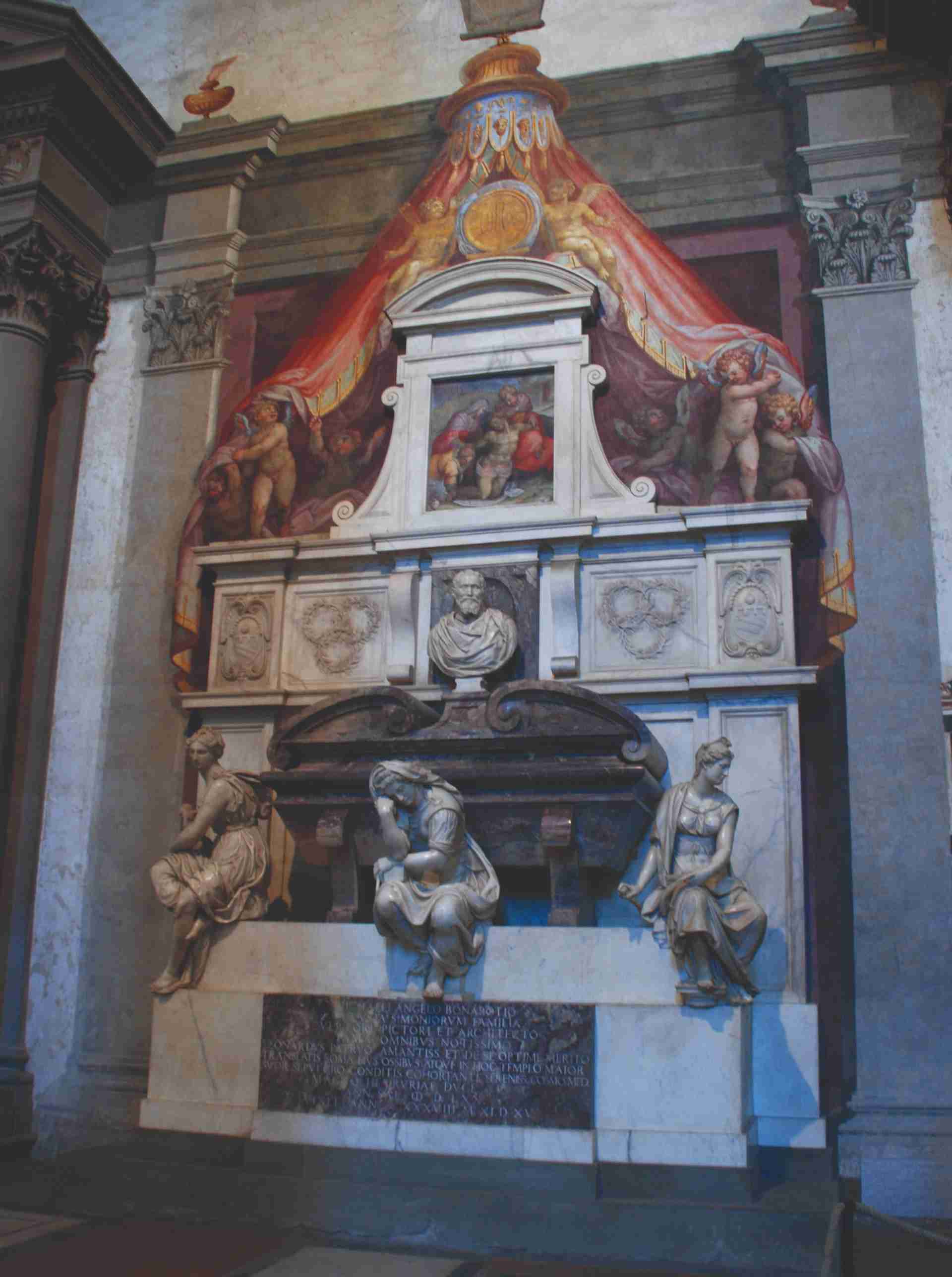 The air was clouded by smoke from sheeshah pipes and the tables packed with men glued to an Egyptian soap opera on a wall-mounted television. I ordered the pigeon stuffed with rice accompanied by a colourful array of vegetables. Everything was delicious, but the effort to remove the tiny morsels of meat from the tiny web of bones took more kilojoules of energy than the entire meal provided.

In Turkey, in an ornate Istanbul arcade, I experienced Turkish Delight—something lighter and more flavourful than anything I have ever found beneath my Christmas tree. In a small village amid the hills of Rhodes, I was treated to the most mouth-watering feta, grilled over an open fire and served al fresco, surrounded by white-washed walls and a ceiling of dazzling stars. In Madrid it was tapas, made all the more unforgettable by the couple who pushed the tables and chairs toward the tiny restaurant’s walls and performed a riveting flamenco. 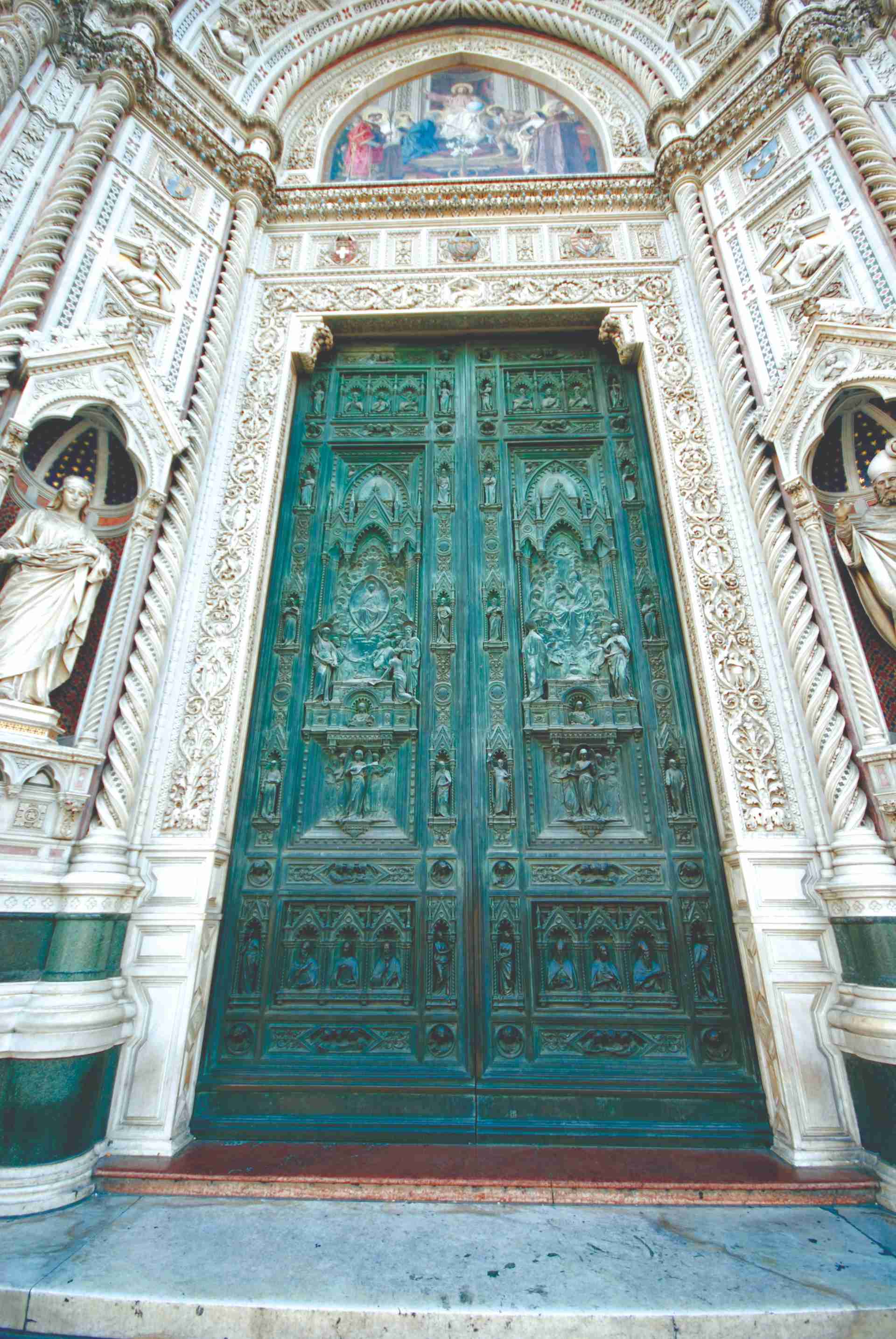 The spectacular, intricate carvings and detailing of Florence’s buildings.

While many local specialties are wonderful and leave you yearning for more, others are, well, an acquired taste. Providing you survive the experience, they are sure to offer plenty of stories to share at your next dinner party.

In Australia, it was roasted witchetty grubs, fat fly lava that tasted like walnuts. In Zimbabwe, there were mopane worms (like witchetty grubs but with a hint of Africa). In Iceland, it was puffin, until someone very kindly forewent their sheep’s eyeball so that an overseas visitor could sample the local cuisine. I would have subtly wrapped it in my napkin and let it drop to the floor, except that all three eyes were watching me too closely.

South Africa offered giraffe biltong—like beef jerky, only considerably longer—ostrich and even zebra, while the verdant Amazonian jungles of Suriname offered a quick bite of piranha.

But if it’s true you are what you eat, there was one experience in Malawi that brought the local people closer to me than I could ever have imagined.

While camping on a Lake Malawi beach, I found the owner of a thatched-roof bar busy on a small barbecue.

“What’s that?” I asked, inquiring about the small whitish cubes of meat on the grill.

“Crocodile,” he answered. “Would you like to try some?”

Never one to say no when travelling, I thanked him and accepted one of the morsels, rather excited to be ticking something else off my culinary bucket list. It was chewy, greasy, slimy and fishy. In short, it was disgusting.

“Where did you get it?” I asked, trying to remove the stringy bits from between my teeth without him noticing.

“The fishermen caught it,” he answered, gesturing to the small community just down the sand. “It had eaten a couple of the villagers.”

Forget the bucket list, I just wanted a bucket.

My research into steak Florentine had stopped at the name, so I was caught off guard when the two-inch thick slab of palpitating meat arrived. It made me think that I should have waited to indulge in my Italian culinary experimentation until we were in Naples, home to the very decadent Neapolitan ice cream.

It probably took me the better part of an hour to finish my steak. Our English neighbours had long since left with a cheery “Good luck!” and one last photograph of the tourist who was likely to make the next day’s news, and not in a good way.

Though the meat had grown as cold as vichyssoise, I was determined to win this battle. My wife’s plate had been cleared and she was on her second espresso, and still my sabre was hard at work. Finally, I finished, laid down my weapon and leaned back in the seat to admire the second-trimester bulge of my stomach. 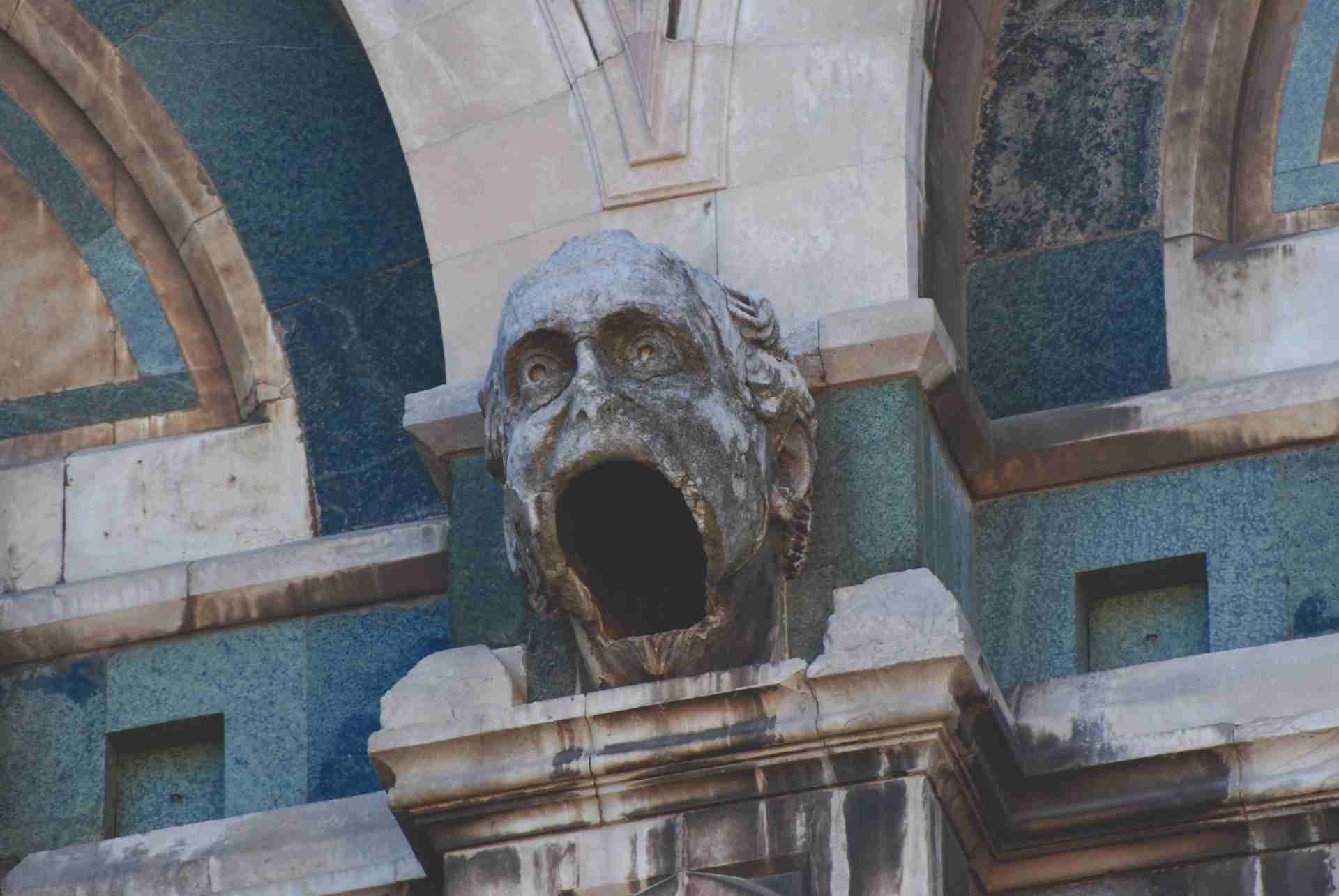 It’s possible he ate the steak, too!

“It was good?” asked our waiter as he cleared the carnage.

“Very, thank you.” I replied through gritted teeth.

I suggested to Alessia that we return to our hotel via a slow, circuitous route around the Duomo…to see it at night. Thankfully, she agreed, unaware that my real motive was that I didn’t think I could make it up the stairs to our third-floor room until I had burned off some of the beef. We strolled the narrow streets, gazing above the pantiled roofs to the twinkling stars in the Tuscan night while scooters whizzed past like angry bees.

As we neared our hotel, I began to feel somewhat human again and could almost see my feet once more beneath my beltline. The stairs were beginning to seem doable.

Suddenly, Alessia grabbed my arm and dragged me toward a gelateria for a nightcap of coconut and lemon ice cream.

What’s Up with Steak Florentine?

The origins of Steak Florentine vary, depending on who you ask. Some say the meal itself dates back to the early 16th century, when Florence celebrated Saint Lorenzo’s Day by giving away free helpings of veal to the Florentines. It’s claimed that its name is traced to 19th-century English travellers, whose enthusiasm for the local feast led to their exclamations of “Oooh, beef steak!” which became the Italian “bistecca!“

Regardless of the truth, what’s undisputed is that a true “Steak Florentine” measures a minimum of three-fingers thick, and weighs at least one kilo. It’s a T-bone steak, cut from a local Tuscan Chianina cow (although many restaurants now look to Spain or elsewhere for their meat), and grilled over a wood fire or charcoal to no more than medium rare.

Requesting it done more than that will result in looks of disdain at best, and expulsion at worst.

Group vs Independent Travel | 6 Tips to Make Your Pick

How I Hiked the Annapurna Circuit in Nepal | + How You Can Do It, Too