The Christmas Markets of Berlin are a Sight to Behold

The legendary Christmas markets of Europe typically throw the continent into the holiday spirit, with the ones in Berlin a sight to behold!

The German tradition of the Christmas market helps those of us who live in Berlin to endure the first half of winter. When long summer days of parks and lakes are upon us, it’s easy to forget that our city is on the same latitude as James Bay, way up in the Canadian Arctic.

But it’s impossible to forget it when November sinks in, with dark mornings and even darker afternoons, and cruel gusting winds that whip across vast flats of Russia and Poland to infiltrate our jackets and houses on Germany’s easternmost fringe. 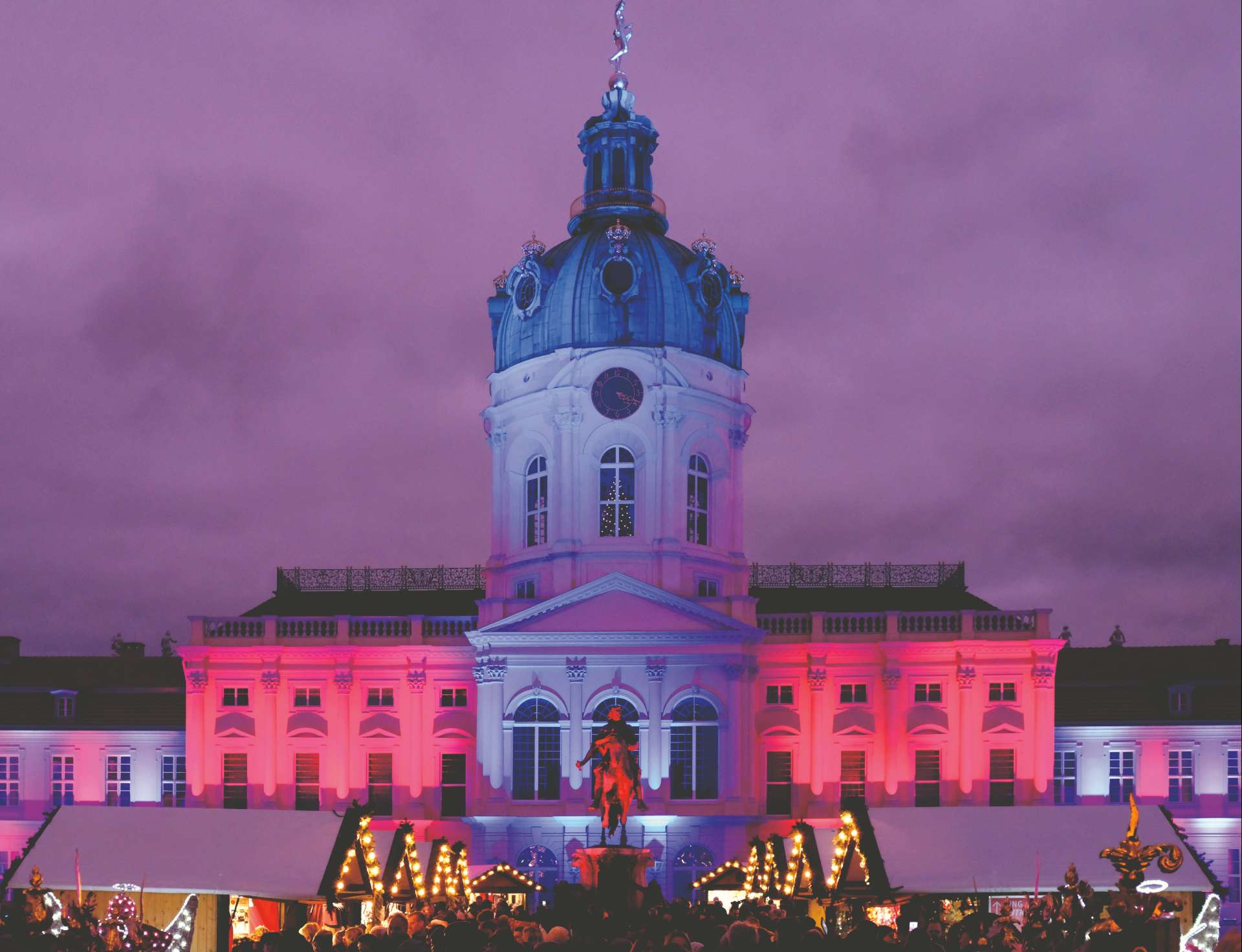 Christmas at Charlottenburg Palace in Berlin

November in Berlin is a time of denial, followed by long underwear and even longer faces, but we barely have time for our scowls to settle into permanent facial crags of gloom because the beginning of December coincides with this most cheerful of traditions. Christmas markets date back to the Late Middle Ages in the German-speaking areas of Europe. They’re normally held during the four weeks of the Christian tradition of Advent leading up to December 25, but I’ve noticed those dates creeping out by stealth, into grey November and even infant January.

You’ll find them in just about every town square. The better ones spill into neighbouring streets. Stalls sell traditional German Christmas ornaments, furry hats and wooden toys. You’ll even find rock music posters, the kind that plastered the walls of 1980s teenage bedrooms. Most markets have singing and dancing entertainers, too.

There’s a chill in the air, a scent of woodsmoke hovering around the edges, and enough food and drink to stuff even the hungriest turkey. The highlight is of course glühwein—hot wine spiced with cinnamon, aniseed, cloves, citrus, sugar and sometimes a shot of brandy for extra warmth. 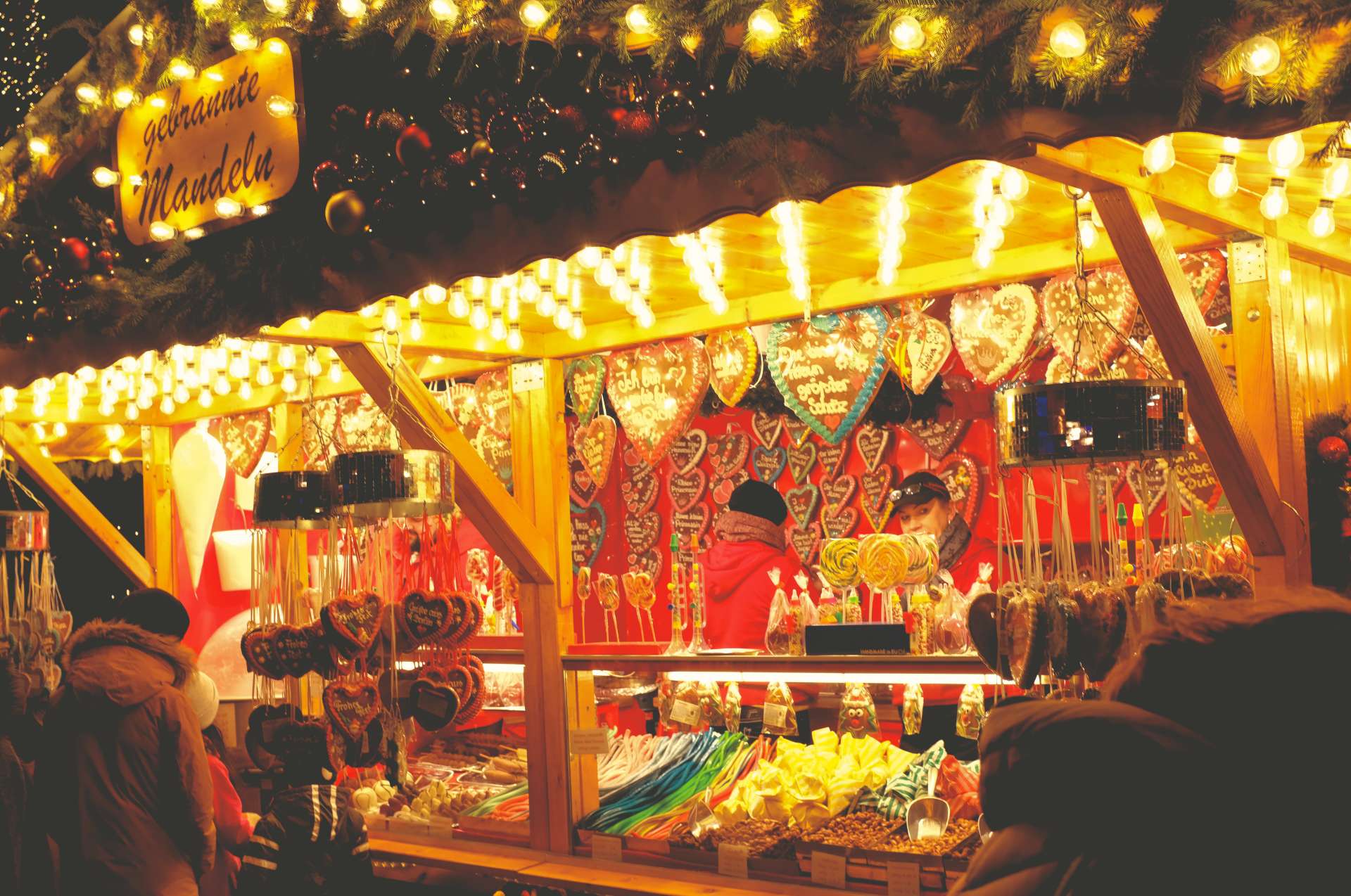 Hungry? Queue up for a hot grilled bratwurst covered in mustard and dripping warm grease. Follow it up with Flammkuchen—fresh stone-oven flatbread, topped with creamy white cheese, green onion and chunks of meat. Then stuff in a few roasted chestnuts, a dozen bite-sized donuts, and at least one pretzel filled with cream cheese and chives.

At this point, you might think you’re full. But trust me, you’ll want a little something for the subway ride home. Got a serious sweet tooth? You’ll find strips of liquorice in a rainbow of colours, warm candied nuts, candied apples and candied grapes, sticky nougat, and that most traditional standard: old-fashioned marzipan. Forget about fitness resolutions, they can wait until January. Right now, you’re getting fit for a good long hibernation. 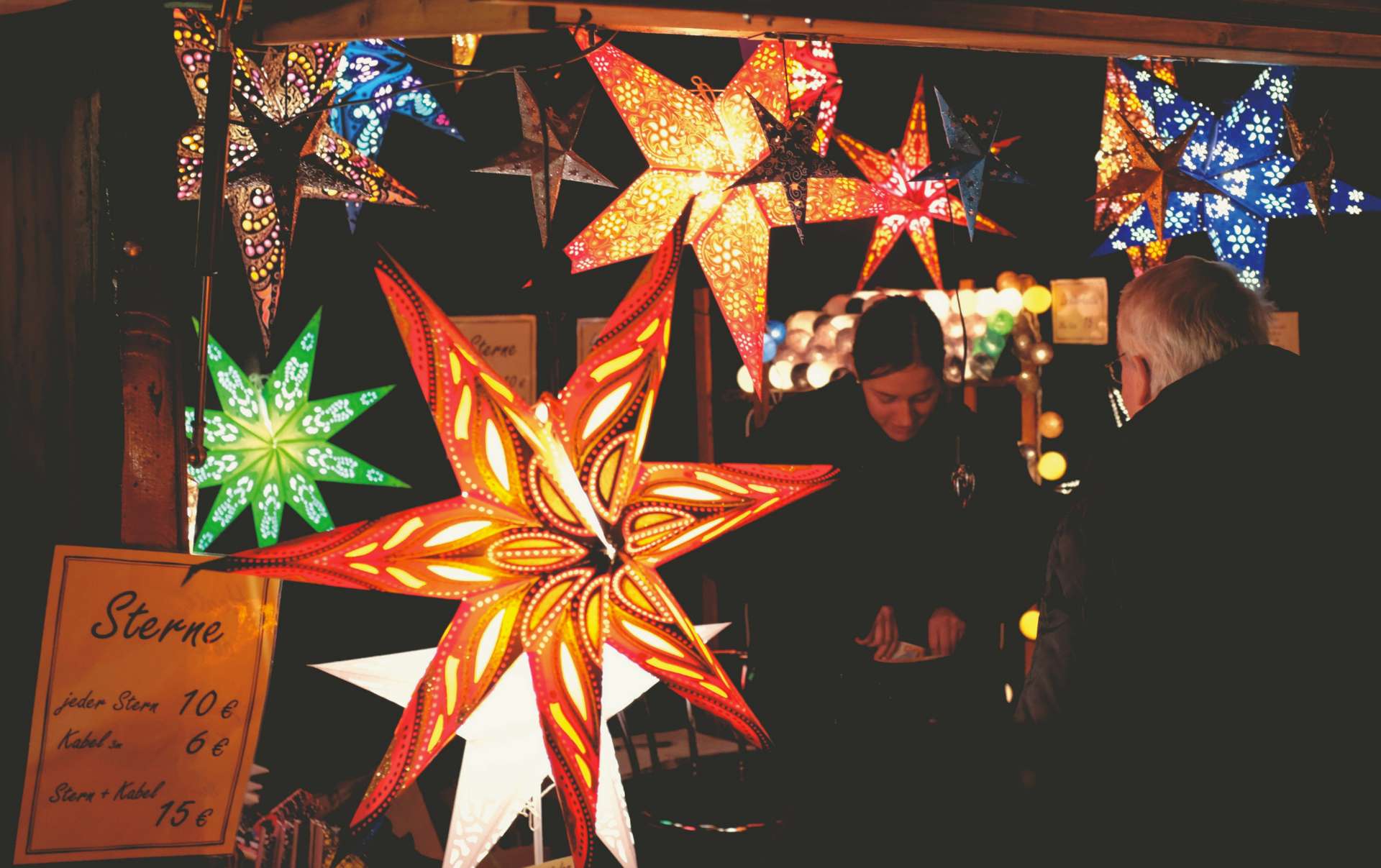 Though a Christmas-Scrooge normally, you can count the author in for Christmas-market ritual!

You might find me clutching a mug at the Gendarmenmarkt. Sure, it’s touristy, but the 18th-century architecture around the square—the old Konzerthaus, the Französischer Dom, the Deutscher Dom, and the statue of poet Friedrich Schiller—gives it such a magical atmosphere at night. 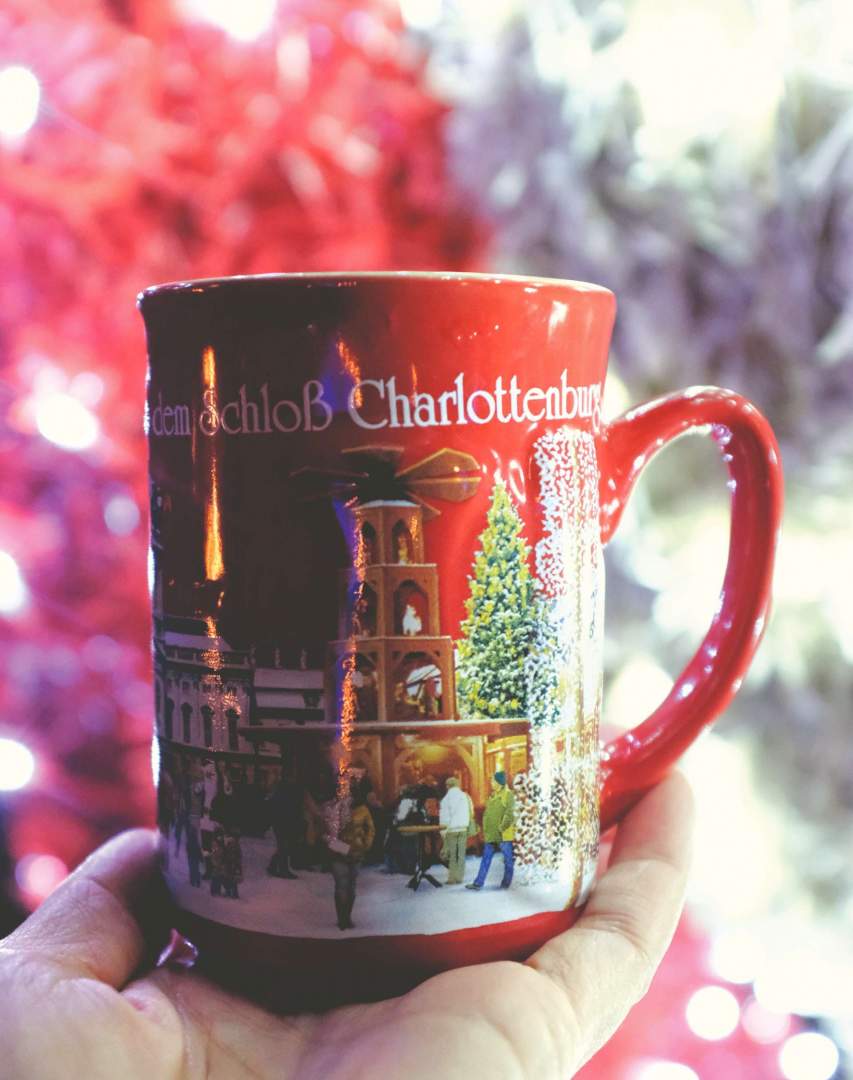 Just one of the markets great finds!

But I’m more likely to be raising a glass in Richardplatz, site of the old Bohemian village of Alt-Rixdorfer, founded in 1737 in what is now the district of Neukölln. The stalls are run by charitable associations and cultural groups, and you’ll find everything from Swedish glögg to vegan food, and even South American peanut soup, gently lit by hundreds of kerosene lamps.

But the most romantic place in Berlin to jingle your bells is the Christmas market in front of Charlottenburg Palace, the rococo summer residence of a Prussian queen. It’s where we go on Christmas Day to soak up seasonal cheer far from home. I don’t know if it’s the outdoor drinking—a winter version of the biergarten Germans are so fond of—but Christmas markets will even put a smile on the typical Berliner’s face. ♦

It’s Krampus Time: The Nightmare Before Christmas, in Germany