In the winter of 2012, I was in Doha, Qatar, as part of a delegation of Canadian youth attending that year’s round of United Nations climate change negotiations. I don’t remember much about the place—most of my days were spent in a bland conference space, or shuttling between a few—but one memory from that trip burned itself into the back of my skull. The bread.

On my first day in Doha, wandering around in a pre-dawn, jetlagged haze, I stumbled into a tiny bakery. Actually, calling this a bakery probably gives you the wrong image; it was literally a hole in a wall. Inside the hole was a wood-fired clay oven, a massive table and a smiling, middle-aged, moustached man in a white dress shirt.

A menu was written on the wall in pencil, mostly in Arabic. The smell was an intoxicating, a blend of smoke, fresh bread and sharp spice. I stared into the oven, the moustached man smiling and asking me something in Arabic. Too tired to process anything, and not speaking a word of the language, I stared at the menu and pointed to one of the few items written in English. 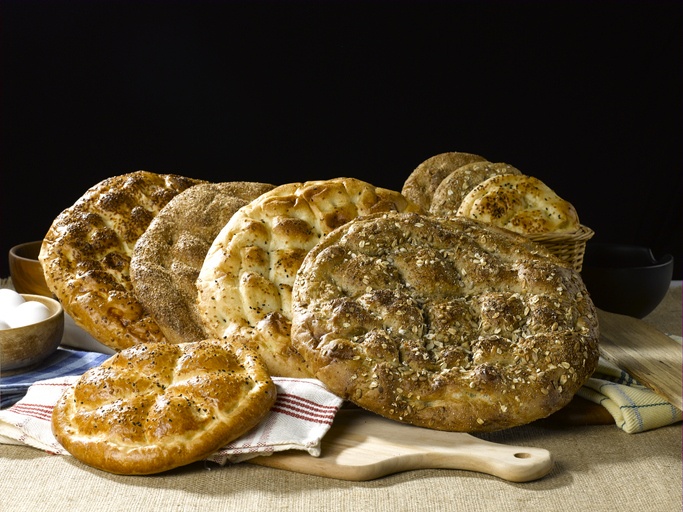 The man smiled, nodded and turned to table. He pulled back a towel to reveal a mass of dough from which he tore a small ball that he expertly flattened, slathered in a mix of spice and olive oil, and tossed into the oven.

Five minutes later, I was sitting on the steps of the place eating one of the most delicious things I have ever consumed. The bread crisp, yet tender; the spices and olive oil salty, sour and herbaceous at the same time.

I devoured it in seconds, walked back in and bought two more, which I proceeded to wolf down before buying one more for the road. For the next two weeks I spent in Doha, I woke up at 5 a.m. each day to walk down and buy the moustached man’s bread. I still dream about it today.

I would tell you where to get this bread, but the truth is, I don’t really remember where the bakery was, and more importantly, even if I did, you may never be able to eat it. You see, according to the United Nations’ World Food Programme, climate change is expected to cut wheat crop yields in the Middle East by up to 20 percent. Other staple crops, like rice, are expected to take an even sharper drop. Rice yields in the region are expected to decrease by 30 percent even if the world meets the climate change targets set out in the Paris Climate Agreement.

If you’re like me, you have two kinds of travel memories. The first are the memories of adventures, whether climbing a mountain or spending a particularly debauched night out. The second are food memories.

I couldn’t tell you much about the hostel I stayed in in Barcelona, or give you a good review of the Sagrada Familia, but I can definitely tell you about the hours I spent eating my way through La Boquiera Market.

I can’t remember much about my time in Vienna, but I have a crystal-clear recollection of the afternoon I whiled away drinking coffee after coffee in one of the city’s expansive, gilded temples of caffeination. And Machu Picchu was cool, but when I talk about going there, I talk about the tiny churro stand I found tucked down an alley in nearby Ollantaytambo, where I inhaled fried dough and slurped down chicha—a fermented corn drink—with a group of old men who I’m still certain spent the whole time mocking me in Spanish.

Travel without food doesn’t exist. The first thing I do whenever I arrive in a new place—whether it’s on the far side of the world or a short drive from my house—is search out the best local coffee, food and alcohol I can find. When I think about places I want to visit before I die, inevitably, I end up thinking about the foods I want to eat before I die.

Sadly, like the places, much of this food is at risk.

Earlier this year, Saveur Magazine published a list of the 29 foods most endangered by climate change. It’s a pretty terrifying list for anyone that enjoys eating or drinking, predicting serious disruption to the supply of everything from oysters to maple syrup and, perhaps most terrifyingly, a possible global coffee shortage.

And while we should all be rightly concerned about a declining supply of wine, beer, coffee and chocolate in the world, perhaps the most worrying risks are the projected declines in crops yields for some the world’s most important basic ingredients.

Three of the most climate-endangered foods on the planet are wheat, rice and beans, the building blocks of countless local cuisines, from Portuguese fejoida to bread and hummus. These basic foods are the crucial calories that much of the world depends on day in and day out, and figuring out how to make them taste great is how most of the world has developed local and regional cuisines. If these foods disappear, or fall out of reach for the people who depend on them, the ramifications to these places, and their cultures, is unimaginable.

Food is perhaps the most intimate way you can experience another place and culture. When you eat the same food that the people who live somewhere, you’re literally ingesting the culture and history of that place, each bite telling a story of where you are, who is there and where they came from. When you travel and eat locally—especially if you seek out local markets, corner restaurants or hole-in-the-wall bakeries—your immersion into the world around gets indescribably deeper. To me, that’s at the core of travel, and frankly, something that’s worth fighting to preserve.

American Airlines Has Maybe Ruined Christmas with this Computer Glitch