The recent financial crisis in Greece have affected not just Greeks, but anyone who was travelling in the country during the meltdown. Here are some thoughts on how to cope with a financial disaster.

In the not-so-old days of a couple of decades ago, when the only thing smart about a phone was what it did to you when you dropped it on your foot, and when WiFi was the name of a purebred poodle competing at the Westminster Kennel Club dog show, the only financial resources most travellers had were whatever they carried in their pockets, and stuffed into their socks, and in their boots, and in the secret compartments in their moneybelt, backpack, daypack and their sunhat. Bank machines were rare even in major cities and unheard of on most backpacker routes throughout the developing world, and the chances of a credit card being accepted anywhere other than a five star hotel was highly unlikely.

And yet somehow, with an emergency fund of travellers cheques and three-inch wads of kwachas, dongs, shillings, baht, dinars, rupees, ringgits and pesos hidden on our bodies, we managed to make it around the world and only occasionally went hungry or had to sleep on a beach.

Today, we’re rarely out of cell phone range, can use WiFi even on a beach and we’re never more than a day from an ATM.

We can earn Air Miles on the other side of the planet buying tacky souvenirs on our credit cards in even the smallest and most remote of gift shops. And, if our self-control and financial acumen decides to fail at the most inopportune of moments, we can have some benevolent and deep-pocketed friend or family member send us an almost instant e-Transfer moments after sending a desperate text message. Travellers cheques are about as common today on the backpacker circuit as a stand-alone fax machine, but there are limits to our global connectivity and easy access to funds. 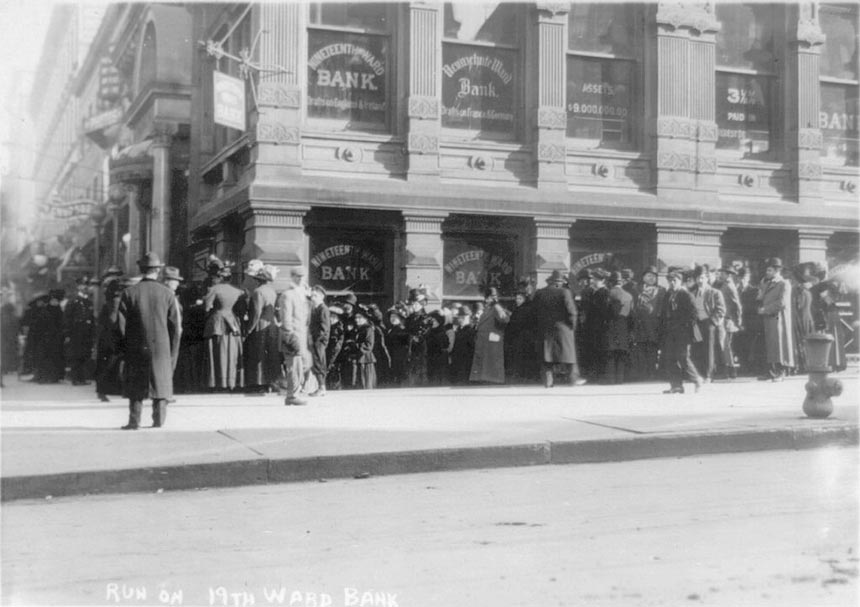 Recent events in Greece have shown that travellers today can be even more vulnerable than in the good old days when our biggest financial fear was of being pickpocketed.

Every so often some country somewhere goes into financial crisis.

For most of us the news of their demise is little more than a headline that we race past when looking for something more pertinent to our own daily life. But every time there’s such a collapse in somewhere like Argentina, Zimbabwe or Greece, there are inevitably travellers caught up in it.

And those visitors aren’t immune from those massive queues for cash or food that you see on the news, even if they’ve got healthy bank accounts back home and credit cards with generous limits.

Recently, Greek banks limited withdrawals from accounts to a maximum of 60 Euros per person per day in an effort to prevent a run on the banks.

Although that restriction applied only to Greek bank accounts and not foreign accounts, travellers attempting to access their own home accounts through local ATM machines may have found their own withdrawals similarly restricted.

And, when the bank branches were actually open, travellers who attempted to circumvent the ATMs and withdraw cash from a teller were often also advised that the bank was limiting what they could take out so that the bank wouldn’t run out of cash, even though the daily limit didn’t technically apply to them.

Some credit card holders were reported to have had similar difficulties, not due to any limits on transactions, but because individual merchants weren’t willing to accept payment by credit card as they had no way of knowing when they would actually receive the cash from the credit card companies or be able to withdraw the cash from their banks.

Needless to say, no one was refusing cash! The current financial crisis in Greece is rare, but not unique.

It serves as a reminder that whenever and wherever we are travelling, we can be just as vulnerable as the local population.

Short of being able to get out of the country immediately—which may not be possible as travel and transport are often among the first services to be affected during upheaval—there are a few things that travellers can do.

Firstly, always be aware of what is going on. Keep an eye on the news and take notice of demonstrations, general strikes, protest movements or elections and plan your travels—both before you arrive and in-country while there—accordingly.

Secondly, never be overly dependent on technology and access that we take for granted in our every day lives at home.

And finally, while there’s no need to bury that three-inch wad of currency in every pocket and secret compartment we have, it’s certainly a very good idea to have an emergency cash fund of Euros (in Europe) or US dollars (practically everywhere else in the world) just in case things do fall apart and you can’t depend on that desperate text message looking for a quick e-Transfer!

How to Deal with Travel Jealousy

Living the Myth in Crete | in The Greek Isles