Although it wasn’t particularly difficult to visit the former Yugoslavia, it was not until Croatia emerged from its war of independence in the mid-1990s that it really began to boom as a tourist destination. Today, Croatia is ranked the 18th most popular tourist destination in the world, with tourism responsible for approximately 20 percent of the country’s annual GDP.

Lined by white-sand beaches and endless azure waters, visitors could be forgiven for sticking to the Adriatic Coast, flaking and baking in the sun, and just gorging on all the amazing Dalmatian food on offer. But there’s so much more on offer, what with the country’s historic Roman ruins, scenic coastal towns and villages, countless ancient treasures. 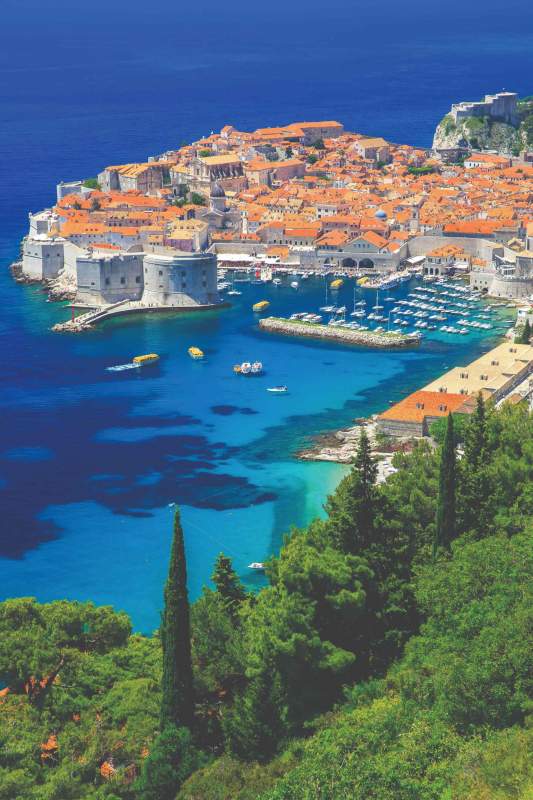 This cycling tour takes in many of Croatia’s highlights, from the culture-central city of Dubrovnik to its Dalmatian islands, national parks to a 12th-century monastery, lavender fields to olive groves, Europe’s oldest theatre to Venetian palaces, a Game of Thrones’ filming location to what some claim is the birthplace of Marco Polo (don’t tell Venetians that!).

As all cyclists know, there’s really no better way to see a destination than by bicycle. Over the course of seven days, this tour will have you leisurely pedal approximately 200 kilometres along quiet roads past spectacular scenery, and with great food to keep you fuelled.

There’s a vehicle to carry your luggage ahead, and you’ll stay in comfortable hotels. Almost all meals are included, and your guide will lead you to hidden restaurants that offer the best local cuisine. You’ll enjoy a private tasting at a winery, and end at one of Europe’s most beautiful beaches. And, if you’re still yearning for more, there’s an extension available to the historic Adriatic city of Split. By anyone’s account it’s now universally accepted that Croatia is one of Europe’s tourism jewels!

To learn more about this trip or to book it now, click here.

The Only U.S. Tropical Rainforest with National Forest Status is Devastated, and No One Knows