In spite of initial fears, Canadian permanent residents and dual citizens holding a passport from one of the seven banned Muslim-majority nations can still enter the United States. But the situation is confusing, volatile and worth keeping eyes on.

The 90-day ban took immediate effect and included individuals already in possession of valid visas for the U.S. Initial reports stated that the ban even extended to approximately 500,000 American residents holding green cards, as well as some Canadian citizens and Canadian permanent residents who hold citizenship to any of the named countries. 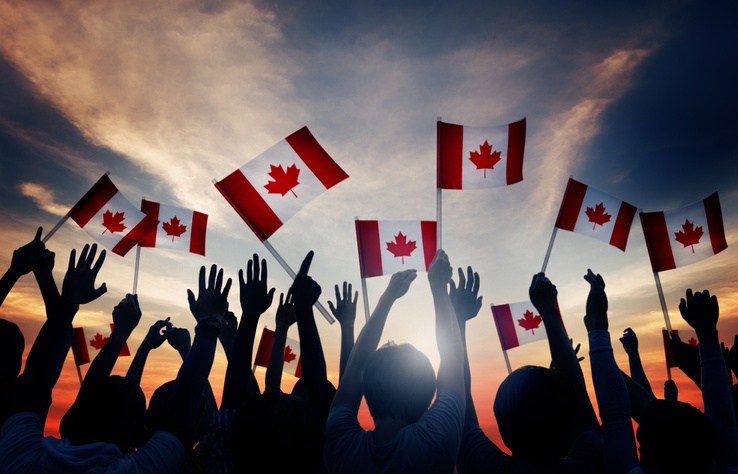 #BREAKING Minister Hussen: Canada is offering temporary residence permits to people stranded to allow them time to figure out situation.

Although the ban originally seemed iron clad, there were some immediate exceptions—namely anyone with a diplomatic visa, a NATO visa, C-2 visa for travel to the United Nations and anyone holding a G-series visa, which pertains to diplomats and government officials working in the U.S.

Initially, the Trump administration announced that the ban also applied to American residents holding green cards with exceptions made on a case-by-case basis by U.S. government officials and agents, but that was downplayed on Sunday with suggestions that the ban may not apply to green card holders at all.

While confusion continues to linger in the U.S., the situation is considerably worse overseas, where international airline staff have complained of not having received any specific instructions from the U.S. government at all. Consequently, even if the ruling doesn’t apply to green card holders, until the situation is properly clarified and concrete instructions are issued by the Trump administration, individuals who are currently travelling overseas face the possibility of being denied boarding by airline staff long before they reach a U.S. immigration official.

Most governments hold airlines responsible for checking the documentation of passengers before boarding and impose heavy fines on the carriers when people arrive in countries without the correct documentation.

No sooner was the executive order signed than legal challenges were being mounted against it. Late on Saturday evening, federal judge Ann Donnelly of the Eastern District of New York granted stays to immigrants who had flown into U.S. airports in the hours immediately after the new order and were being held pending deportation back to their country of origin. Although likely addressing only a small number of individual cases, the decision is regarded by many as the first of many legal hurdles that Trump’s order will have to overcome.

7 year old Salaah passed out these cards to people at the #MuslimBan protest @ #DfwAirport. This is why we’re here. ❤ pic.twitter.com/z6zyWEVKsm

In addition to the targeted ban against the seven specifically named nations, the executive order also suspends the processing and admission of all refugees from anywhere in the world for the next 120 days.

At the end of the 90- and 120-day periods, a decision will be made whether to extend the bans, expand them or remove them entirely. Given the general turmoil since the executive order was first issued, individual problems may well arise especially, in the coming days and particularly at overseas airports.

RT if you’ve met a

& they were not detrimental to your safety#MuslimBan #NoBanNoWall

If they do not have their Canadian document with them, it would be prudent to immediately make alternative travel arrangements to avoid entry to or connection in the U.S.

Some Canadian airlines, including WestJet, have stated that they will offer full refunds to anyone affected by Friday’s executive order, while travellers with other airlines should consult their travel-insurance provider for assistance.

How Thailand Changed My Life