Do Airlines Deserve All This Abuse?

We all have our favourite corporate whipping boys at any given time.  From banks to phone companies, transit systems to Internet service providers, there always seems to be someone with whom a great chunk of the public are thoroughly fed up.

The current poster boys in this category are undoubtedly airlines. Just when stories of overbookings and forcible ejections seemed to be quietening down, British Airways’ operational and booking systems crashed early one Saturday morning in May. The result was an almost total grounding of British Airways flights around the world, tens of thousands of people stranded, and hundreds of thousands of pieces of luggage detached from their owners. 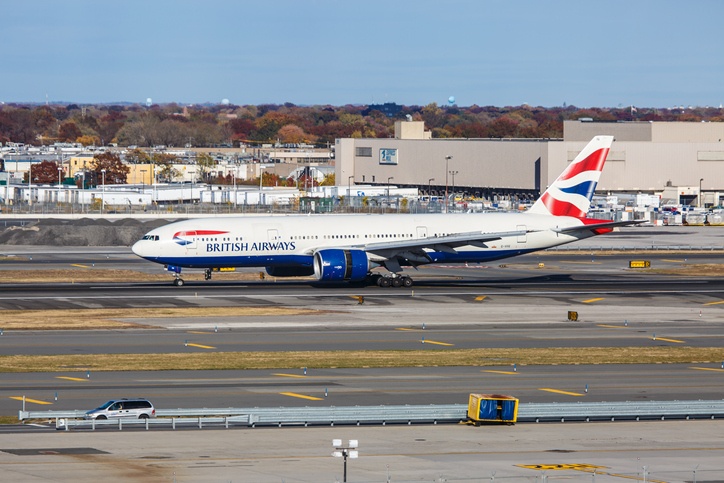 It took more than three days for the massive computer outage to be fully repaired, and considerably longer to rectify the endless queues of passengers and mountains of bags.

British Airways apologized immediately, repeatedly and sincerely, but many whose vacations had been ruined or whose weekends had been spent sleeping on airport floors weren’t particularly in the mood for forgiveness.

The stock value of British Airways’ parent company, International Airlines Group—which also owns Irish airline Aer Lingus and Spanish carrier Iberia, among others—plummeted immediately after the debacle. It’s also a safe bet that many of those directly affected (as well as many other travellers) will be in no rush to give their business to British Airways again any time soon.

Finally touched down in Duesseldorf… NEVER AGAIN am I going to fly with #britishairways !!!!

Between egregious security breaches and total outages, computer issues unfortunately seem to be all too common across the board, and while the inconveniences they cause customers are never good, we generally just tut-tut, vent and move on.

So is it fair to make airlines more accountable than other businesses when they suffer such technical failures?

The obvious answer is that as the difference between being unable to use your debit card at your grocery store for a few days and being stranded on the other side of the world for the same amount of time is substantially different, then yes, airlines should be held to a substantially higher degree of accountability.

But I also believe there’s another reason for the justification of that higher expectation.

While the financial implication of not being able to use your debit card likely can’t be compared with forfeiting a few days pay because an airline has left you stranded, I think the airlines’ biggest problem is not that they had an issue but how they deal with customer service in general.

The Air-Passenger Bill of Rights Steals the Credit

In the case of British Airways’ passengers who were travelling from or within countries with air-passenger bills of rights, they’ll be reimbursed for all expenses incurred during the delay, including accommodation, meals and any communication costs. Plus, they can expect to receive pre-agreed financial compensation mandated by a government body.

However, it’s important to note that the airline has no say in agreeing to do this: they must simply abide by local legislation and are unlikely to receive any credit for these actions.

That’s not to say the airline wouldn’t have been similarly generous if the regulations weren’t in place; it’s just that, in general, airlines simply don’t have the greatest reputation for customer service right now.

Over the past few years we have seen some airlines impose fuel surcharges on airfares when oil prices have increased, but only slowly—or occasionally not at all—remove them when oil prices drop.

We have seen fees introduced for everything from our checked luggage to our carry-on bags, for not printing off our own boarding pass, or for wanting to speak to an actual human when purchasing a ticket.

Complimentary meals are becoming scarce, pillows nonexistent, and even onboard entertainment is disappearing on some airlines.

British Airways have recently even removed fresh flowers from first-class toilets, though that’s preferable to losing the one inch of legroom they’ve taken away from economy class passengers on some of their aircraft!

Have Some Sympathy for Customer Service

When all of this is combined with recent bad press regarding overbookings in general, passenger removals and denied boarding, one of the least desirable jobs anywhere must currently be any airline customer service representative.

The root cause of British Airways’ recent problem has not yet been revealed, although some reports have suggested it was due to a massive power surge at one of their data centres near London’s Heathrow airport. Whether this was solely a technical issue or was down to human error remains unclarified, but it seems to be a problem not dissimilar to other technical issues experienced in recent years by many other corporations.

However, while British Airways may be no more or less responsible for their tech breakdown as an email provider is for a massive security breach, as an airline they were already fighting an uphill customer-service battle, whether deserved or not.

If airlines want to recover from the downward spiral of bad news and be better equipped to weather painful hiccups like an outage, they need to make concerted efforts to improve even the most basic of customer service across the board, and not at the cost of higher tickets.

Until travellers feel that airlines are indeed working with them and genuinely interested not only in their business but in their comfort and well-being, airlines can expect to continue to be held to a much higher degree of accountability by the vast majority of customers.

This Week in Travel News: The World’s Longest Flight Just Got Longer