When Home is the Dangerous Place

“Dario, blasts and gunfire at Istanbul airport!” My father’s words, shouted all of a sudden, hit my ears like a bolt from the blue.

I’m vacationing at my parents’ place in Italy when the terrible news from Istanbul tears apart the carefree spirit of the last few days. Among family and friends, in the comforting and familiar walls of my childhood home, I had completely forgotten about the situation in Istanbul.

I immediately search the Internet for details. I see videos of smoke, fire, cries of terror, sirens, chaos, people running away or lying on the ground in ponds of blood. A journalist concludes his report with a list of the most recent significant terrorist attacks in Turkey. It’s a long list, and I don’t need to hear it again. I know it all too well.

This is what most scares me. Not terror itself, but the fact that we can become accustomed to terror. That terror could become the norm.

At least this time my parents know I’m safe. They’re used to this kind of news. Although I know they want me to leave, they don’t tell me. They don’t want to stress me more than I already am. I also fake indifference—I don’t want them to know I’m worried.

Still, I need to reassure anyone who might think I’m in Istanbul that I’m okay. I check on my friends—all safe. Some actually flew to Istanbul’s Atatürk airport today; some were even there during the attack. I myself was almost there, until I changed the date of my flight at the last minute. Angeliki, my girlfriend, had flown in two days before; she is now safe at our place in Istanbul. We exchange only a few words. We are both in shock and neither of us feel like talking. 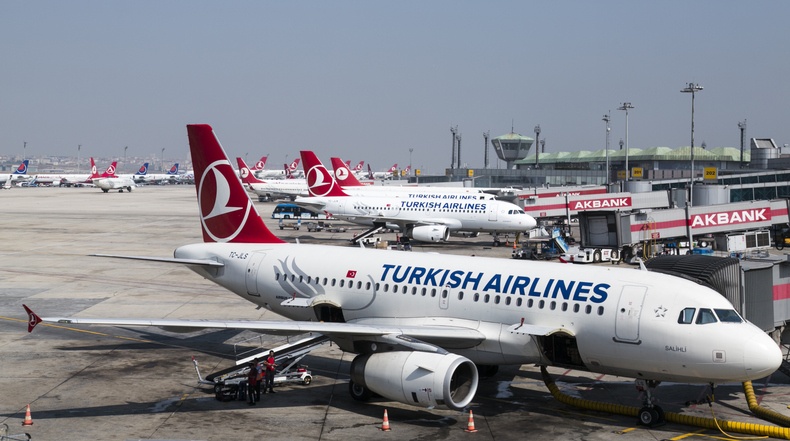 Calls from friends quickly start to flow in. People ask me how I feel and what I’m going to do. Most firmly advise me not to return, to pack my things and leave Turkey for good. But they don’t understand my situation. We are not talking about skipping a trip. I’ve lived in Istanbul for five years now; I have a job there, a house and friends. My life is in Istanbul. It is my home now.

So here I am, on a flight bound for Istanbul’s Atatürk airport. I expected the plane ride in to be empty; instead it is quite full. Cloudy thoughts cross my mind during the flight. I really don’t know what awaits me at my arrival.

I expected special security measures, a multitude of policemen and soldiers guarding passengers disembarking. I’m deluded. None of it. Against my previsions, there is a huge crowd lining up at the passport controls. Fear doesn’t seem to have deterred travellers from Istanbul.

Quite incredibly, everything seems to flow as usual. Everything is normal, too normal. It’s an unsettling normality. I regret to say it, but by now Turkish people have gotten used to living side by side with terror. Sadly, terrorist attacks are becoming routine. And this is what most scares me. Not terror itself, but the fact that we can become accustomed to terror. That terror could become the norm.

I struggle to find any trace of the tragedy that consumed this place 48 hours ago. Groups of passengers pass by carrying trolleys, picking up luggage, shopping at Duty Free, crowding the restaurants and bars. Like nothing ever happened.

Should I blame them? The day of grief was yesterday. Today is another day. The flowers laid down yesterday on the spot of the tragedy are gone. A couple of reporters are shooting in front of the scene of the crime, fenced only by thin security cordons and cardboard panels. I’m sure that tomorrow the journalists will be gone too.

Some cracks in the glass walls and some missing and blackened tiles in the ceiling of the terminal are the only remote signs of violence I can see. If I didn’t know it, I would never imagine that tens of people lost their lives here so recently. Workers are fixing the damages to the building. In a while you won’t be able to tell that anything happened here.

For a moment I consider my options to get home from the airport. Taxi, shuttle bus or metro. Although the metro is the riskiest way, it’s also my preference. I won’t let terror change my habits.

At home, Angeliki and I hold each other in an emotional hug. We have been apart just for a week, but it’s been an intense one. Then we start packing our bags. Tomorrow we are leaving again for another trip. Another flight from Istanbul. Life must go on, and we are not afraid.

Attention, Everyone: The Czech Republic No Longer Exists