When going from Swiss Calvinism to Parisian grime, you get a crash-course in the little differences between these cultures and their civic pride.

In early February, we spent a Sunday at a ski resort. That neither my wife nor I ski is immaterial.

We were staying with friends in Geneva, and they considered it extremely bad form to visit Switzerland and not go to the mountains. I thought they might have just taken us yodelling, but once we arrived in Les Gets—actually in France—we saw that it was populated entirely by ski people.

They were dressed in ski-wear of all colours, like flocks of great tropical birds, clunking along in their ski boots, herding their children back and forth, in and out of the chalets and on and off the slopes.

Children now wear helmets when they ski, something that definitely didn’t exist when I was a kid. I quizzed Antonia, my friend’s five-year-old, to see what use it was.

“Do you think it could stop an axe attack?” I asked.

She thought for a moment, over a pot of boiling fondue. “I think so.”

Most of our Swiss time was spent in Geneva. Though not the home of the Christian Reformation—that would be Wittenberg—Geneva is where John Calvin preached the most extreme version of it.

As you learn at the International Museum of the Reformation, it’s the kind of Christianity where you want to avoid dancing, drinking, eating too much, and screwing for any purpose except conceiving more servants of God, and even then, probably best to do it through a hole in a sheet. But even then it doesn’t matter what you do, because God decided whether you’re going upstairs and down before you were even born—and chances are strong you’re hellbound.

Les Gets is a skier’s paradise.

According to my Canadian expat friend, it’s this sort of rigidness that permeates Swiss thinking. The good news is, it leads to fabulously reliable watches.

The bad is it also leads to an extreme narrowness of thought, like on whether third-generation native born Swiss should be granted citizenship. (“NON!” cry great posters of devilish looking women in niqabs.) Women in Switzerland did not get the right to vote until—I am not making this up—1971.

Before Geneva we were in Lyon, and before Lyon, Paris—Paris of my dreams, Paris of the arts, Paris of the hour-and-a-half long line-up at the Picasso Museum, because you had hoped everyone else in Paris hadn’t noticed it was free museum day on the first Sunday of the month.

I’ve been to Paris before—25 years ago, when I was 16, on a school trip. Some of it has changed: no more francs; no more smoking in the cafes, metros, and museum locker rooms; no more literal dumpster fires outside the metro station.

But in many other ways, it’s exactly the same. The waiters still fall just short of backhanding you if you impertinently ask to be served after waiting at your table for half the morning. “I’m busy, you know!” they yell, motioning to all the other tables they’re ignoring. I had forgotten that in a Parisian business establishment, customer is not king; the ownership is. 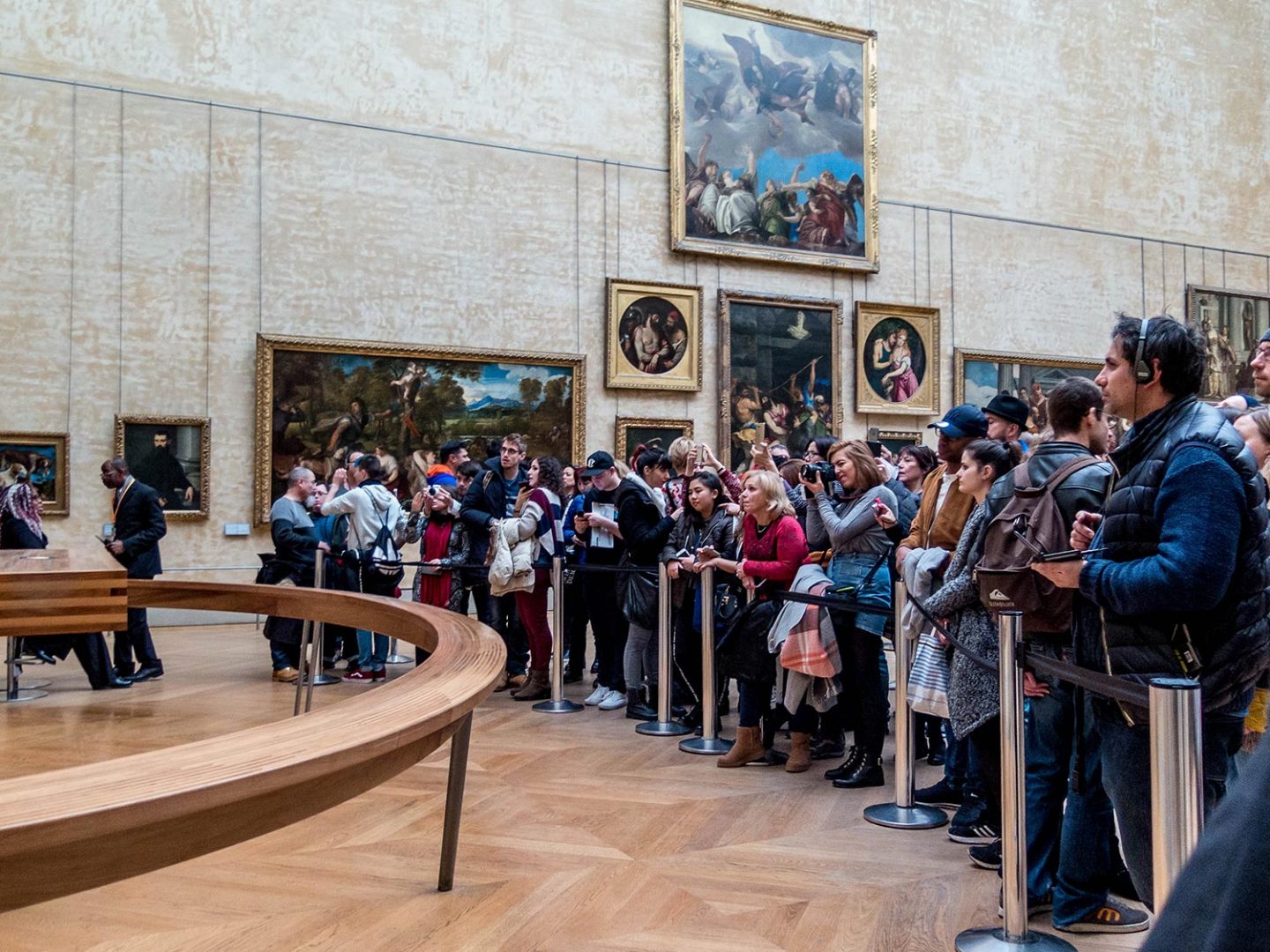 The crowds before the Mona Lisa are the real tourist attraction.

After spending 14 years in Korea—where the customer is not only always right, but is treated as a minor deity, with customer-service reps eagerly following you around stores at the ready—customer service in France has come as somewhat of a shock. Some Japanese tourists get PTSD counselling after returning from their French vacations and witnessing the vast, diverse, messy realities that people live there.

But that’s always been the joy of Paris, how un-self-aware it is. In this world fashion capital, most people dress like they just rolled out of bed and put on the first thing lying on their armchairs. (Or, given Paris’s reputation for love, someone else’s armchair.)

While New York has been power-hosed clean and germ-free, and London has made itself inaccessible to anyone but the wealthy with its £35 transit fares and £8 pints, Paris proudly remains grimy and, if not cheap, at least somewhat affordable. 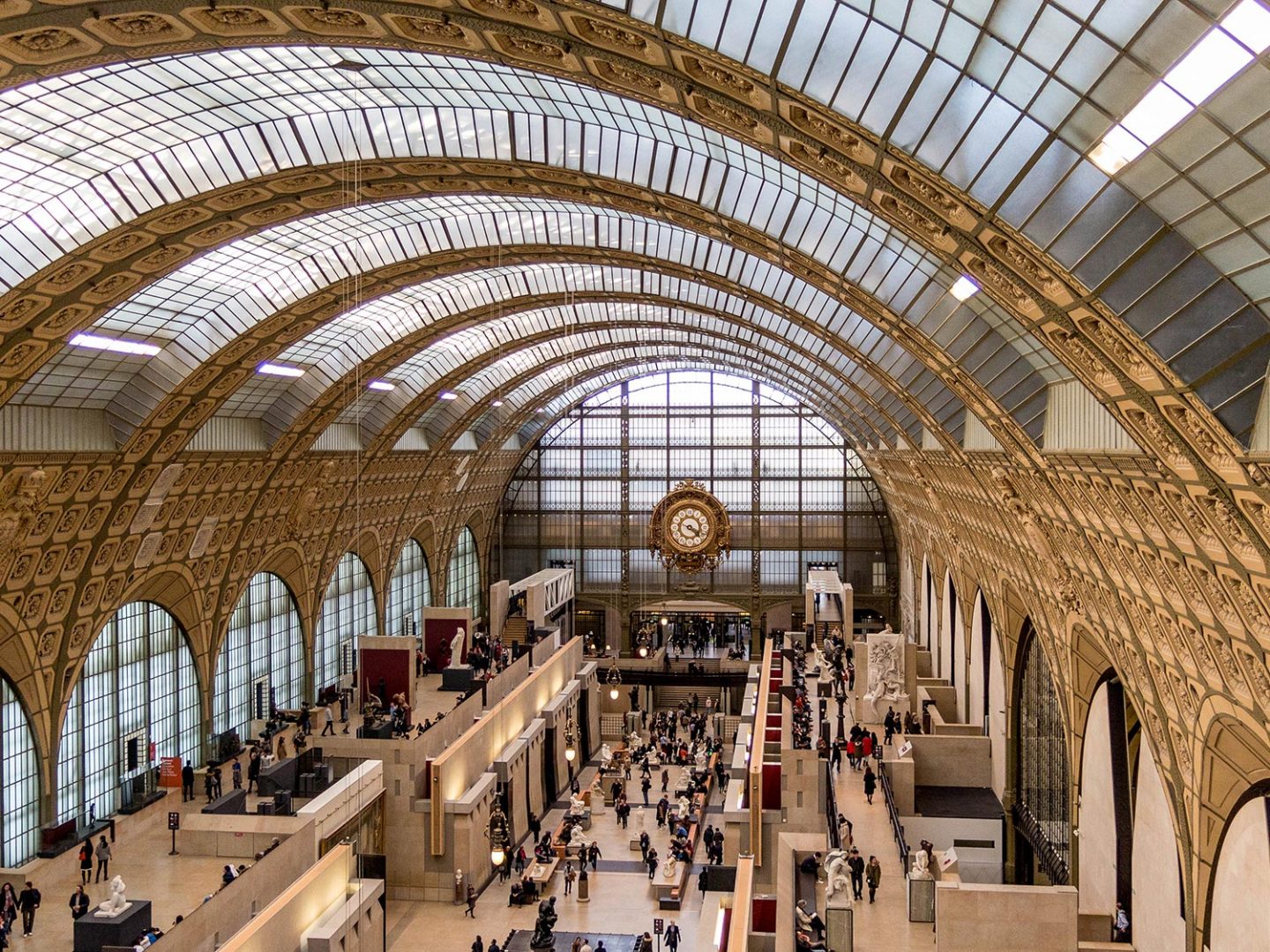 Crossing the Latin Quarter to get to the famous bookstore Shakespeare & Company, it’s refreshing to still see gum in the gutters and dog shit under the trees. Carving up your own baguette with cheese in the park isn’t the offence to the sensibilities it looks like in other, more sanitized cities. And the metro still smells delightfully of underarm sweat.

And of course, the art. The Musée d’Orsay is one of the greatest repositories of Romantic and Impressionist art in the world. It’s just my luck that I married a woman who can’t stand either. Jo spent a combined hour or so waiting for me at the exits, passing by such hacks as Monet (“overrated”), Renoir (“boring”) and Van Gogh (“who cares”).

No, it’s Picasso, Matisse, Braque and the rest of the weirdos for Jo’s art-school sensibilities—Cubism, Tubism, Surrealism and any other school of art that involves placing a woman’s nose on her forehead and melting the furniture like cheese.

I agree that’s good stuff too; I didn’t line up an hour and a half at the Picasso museum out of spite. But if Paris and Switzerland have taught us anything, it’s that there’s surely room for all of it in a well-rounded life.

My Most Beautiful Hike in Scottsdale, Arizona