If you’ve heard of Goa, you’ve probably heard of its legendary debauchery. You might know all about its hip EDM and trance music scenes, secret raves and full-moon parties. You’ve heard of the sex, drugs and booze that free-flow in the state in the eternal servitude of the hip tourist. Like a ghost from a low-budget horror film, this image constantly haunts Goa and Goans.

If I had a nickel every time someone yelled “Party town!” at me when I tell them that I lived in Goa, I wouldn’t have had to leave Goa to find work. Depending on the yeller (almost definitely an uninitiated tourist), many of us feel embarrassed, ashamed, angry and a level of medium-to-high fear. And that’s not because of prejudice or the need to be hipper than thou, but the fact that the painted picture of the state has been so overwhelmingly, offensively one-dimensional that its influence has controlled the quality of tourists not just from India, but from around the world. In some circles, Goa is considered a sin city, and “going to Goa” has some serious deviant connotations.

The ubiquity of this stereotype is not just frustrating, but also boring. Most times, locals would bat away the zealous “Party town!” mention like a grazing cow would a fly, and never bother with a contrarian response.

But when I get that holler, I make sure to hurl back a swift yet polite “That’s not all there is to Goa!” just before launching into a totally unsolicited lecture on the many things that Goa is, which surprisingly (at least to me) results not in a totally engaging Q&A, but in blank stares, awkward silences and a drop of enthusiasm in the room so real you could measure it with a laser tape.

I spent most of my adult and professional life in Goa. I’ve travelled the length and breadth of the state and even married a Goan; I have friends and family there, and led a normal life there for years. I’ve written extensively about Goan lifestyle, culture and contemporary issues, and experienced first-hand its cultural enormity, barely represented anywhere in the international media. This misrepresentation and underrepresentation of the many facets of a place that I call home is severely unjust. Goa’s infamy is a painful pill to swallow.

This infamy itself has done very little to represent Goa as any more than a global mecca of sex and drugs. Year after year, you will see Bollywood cramming in one stereotype after another, either in a movie or in an “item numbersummarily depicting a flock of (white) women who are loose with a capital L and an excessive amount of white powdery dance moves with a capital D, and, yeah, all of it on a some beautiful world-class beach (usually a real one, thankfully). And worse, you’ll hear gems like the infamously controversial line from the 2011 Bollywood film Dum Maaro Dum: “In Goa, liquor is cheap, but women are cheaper.”

You’d be hard-pressed to find more cows on beaches than in Goa. (Photo: albyantoniazzi/Flickr)

There is another side to the Goan stereotype as well, one which is relatively better but still full of fantasy images packaged to lure tourists: a Goa full of pristine beaches, coconut and palm trees swaying with the wind, shacks and restaurants on the shoreline full of care-free, semi-clad tourists and bountiful sunset snapshots. These picture-perfect images, though not entirely untrue, fall short of showcasing Goa as a whole; one where you find employees, shopkeepers, grocers, beauticians, college students, church and temple worshippers, animal rescuers, social activists, intellectuals, expats, artists and more.

It also falls short in representing a place that has its own unique climate, language, food, community, architecture, pace, culture and heritage. None of this might be particularly sexy to the average beer-chugging tourist, but it is as true as the sun and the moon.

Tourists and non-native residents share a palpable ignorance about Goa’s history, and the Portuguese rule of 400 years is the dominant subject of interest in many such circles. The Portuguese influence in the state is observable everywhere, most prominently in the widespread Goan-Portuguese houses, villas and colonial churches. And although “Portuguese” houses and “Portuguese” restaurants  are how most things are marketed—exoticizing and marketing such houses and restaurants—that claim is not entirely true. They are hybrid at best, as the strong local influence is undeniable.

(There is plenty of text covering the 450-year rule of the Portuguese, and if one’s interest is piqued, books such as Goa, a Daughter’s Story by Maria Couto; Palaces of Goa by Helder Carita; and Houses of Goa by Heta Pandit and Annabel Mascarenhas will help one delve deeper in that subject.)

Goa’s history exceeds the Portuguese rule, and indeed almost everyone’s expectations. Archaeological evidence suggests human activity in the region for tens of thousands of years, with proof of a cultured civilization for at least a few thousand. Referred to in ancient Hindu mythological text as “Goapuri”—later derived to Goa—the region is home to one of the most important archaeological sites in western India, namely the several-thousand-year-old rock engravings in Usgalimal. Although big with the archaeologists and history buffs, this site doesn’t get the attention it deserves, even though it’s a doable 70 kilometres from Goa’s capital, Panjim.

Similar historical sites such as the Basilica of Bom Jesus, Fort Aguada, Reis Magor Fort, Mangueshi Temple, the Rock Caves in Arambol, Tamdi Surla and others are all worth your consideration.

Another point of interest, history-wise, is the “hippie invasion” of the 1970s, which is loosely credited for establishing Goa as a global paradise for foreigners of a certain liberal mindset. Those hippies arguably brought some perceived glamour that attracted the interests not only of backpackers, but also some sects of Indian society. You can hear nostalgic stories, spot dreadlocks and tattoos all around Anjuna, Morgim and Arambol, which still host some of the original hippies from back then—the ones that refused to leave or give up the fight for peace and love—and are easily spottable because they make damn sure to dress like hippies. You’ll see them dancing alone with their eyes closed, most times with an Om Shiv kurta, religious accessories so heavy they’d put a Hindu priest to shame, solid dreadlocks and the body movements of someone who just dropped LSD. After years of observing them, I have strongly begun suspecting that their acid-trip dances might have less to do with acid than an amusing shtick—a way to keep the good old days alive.

To call Goa “overcrowded” would be an understatement, and one of the best things you can do as a tourist is ditch the beaten path altogether. After all, the beaten path is really fucking beaten. I can invent an itinerary right now and guarantee you that 80 percent of tourists are following it.

That’s not the Goa I know, though. I see Goa as one of those places you could just drive into, where in almost any village you’ll find a historical site, fort or river of stunning beauty and importance; and if you somehow miss all that, you’ll meet a lot of clever, down-to-earth Goans who will happily show you around their village. I have many fond memories of driving to less-charted territories with no agenda and ending up in an amazing and underexposed part of the state, like the time I found myself in São Jacinto in Vasco, where I spent a whole day exploring churches and clicking away at the Zuari River, or the time I stumbled across a 400-year-old house-cum-museum in Lotoluim run by a fascinating old Portuguese-Goan family. 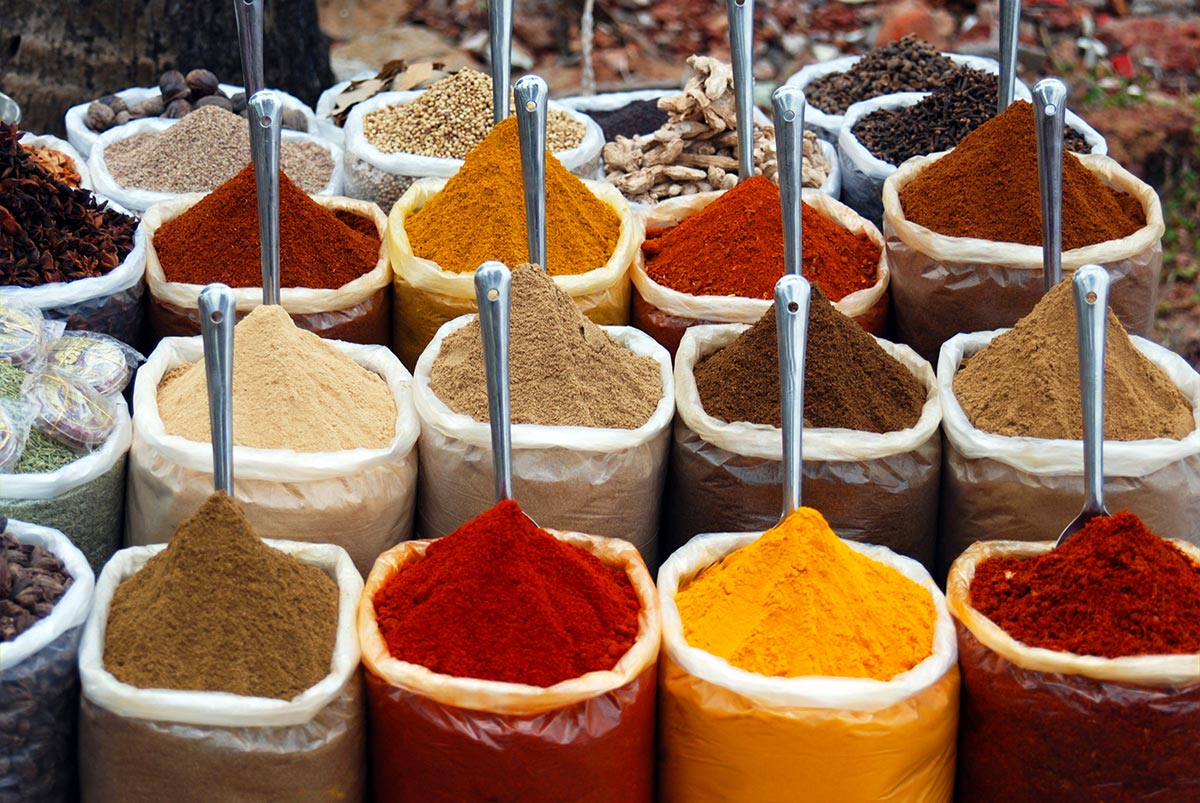 One of my favourite memories of arriving in Goa is through the Mandovi Bridge, where the bus gently descents from the Porvorim hills and hits the foot of the bridge and you lay your eyes on the beautiful Mandovi River below and Panjim City beyond. The city’s grand entrance always struck me as cinematic, and I’m not the only one. The Mandovi River, which runs adjacent to the city (specifically the picturesque main street, D. B. Bandodkar Marg), holds a dear place in the hearts of all Goans. It’s symbolic of the region and inseparable from its people.

Today, however, an honest picture of the river will also include numerous ships and cruises disproportionately crowding it, motionlessly floating near the shore: I am talking about the numerous floating casinos that have been growing exponentially.

These floating casinos under the shining sun on the shimmering water in full view are nothing but a promise and welcome to that excessive mindset. Started partially to circumvent the gambling laws, which outlaw gambling in many states, these floating casinos stay put in the river 365 days a year, at all hours of the day. The problem here is not with gambling or its mainstream commercialization (although that’s certainly not ideal), but with its growing and disproportionate value in the tourism market. Those ships appear huge and monstrous close-up, and their permanent fixture right in front of the river is unnerving to say the least—it sort of feels like they are permanently here to either evacuate or take over the whole city.

There is a growing movement in the city to reclaim Goa’s global identity and present it in all its complexities. The unique history of Goa is immediately visible in its architecture, food, language and local identity; it is not the sex, drugs and party hub you think it is. It is home to more than a million people, most of whom live far from its bustling beach belt. It is home to native people and those who left their former homes, jobs and urban ambitions for a more peaceful life.

Goa is not just one of the most unique places in India (or the world, I think), but home to natives who have seen many historical changes that have shaped their living, identity, language and culture; home to a lifestyle choice to its adopted children, who have themselves benefitted from the state’s society and culture; and, yes, home to a diverse and wholesome experience for tourists. Goa is all these things and travellers would be worse off for forgetting that.