There’s not a lot of space in Monaco. At two square kilometres, in an afternoon you can easily stroll end to end and back again in this swanky European city-state—a country known for riches, royalty and race cars.

And while hotels abound in this land of the uber-wealthy—a land where I watched a gentleman pull over his convertible Bentley to take a call on his gold cellphone—they don’t come cheap.

So for my short visit, I arranged a stay with an online friend, Kevin. But when my flight from Mallorca landed in Nice, I connected to the airport Wi-Fi and learned that Kevin wasn’t there to pick me up as planned. Instead, he directed me to a bus that would stop in his little neck of Monaco, Fontvieille.

But the bus didn’t actually go to Fontvieille that day, and despite the French-speaking bus driver’s best attempt at enthusiastic charades, I didn’t understand why he dropped me halfway down a small mountain instead. I did grasp, from his emphatic pointing, that Fontvieille was along the coast below, so I journeyed downward by foot, luggage in tow. 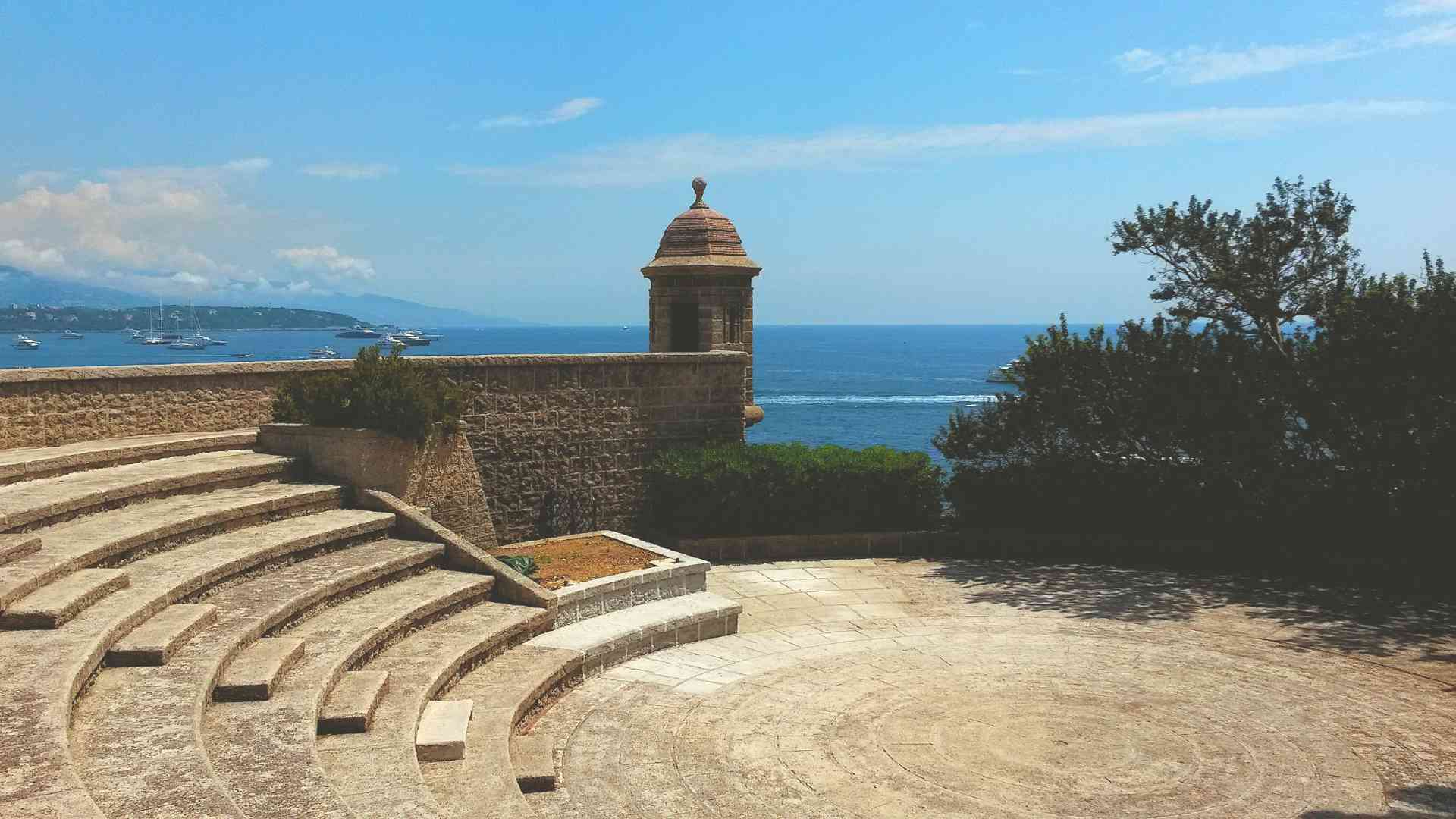 Sweating through my T-shirt and shorts, and dragging a bag with a broken wheel along the side of a road, I wasn’t a model Monegasque, but I’d soon be staying in a swanky flat on the water with palace views, so I didn’t really care how gross I looked for another 20 minutes.

Unfortunately, it wouldn’t be that quick of an adventure.

By luck, I did reach Fontvieille and found the overwhelmingly fragrant Princess Grace Rose Garden, where Kevin told me to wait for him. When he hadn’t appeared in half an hour, I got nervous. When an hour passed, I was convinced something wasn’t right.

This was a time before international data was common, so my phone was useless unless I had Wi-Fi—a rarity in this residential neighbourhood. As the afternoon slipped away, and I devolved further in resemblance to a gutter rat on the gleaming streets of Monaco, I decided to cave and pay an exorbitant hotel rate for at least one night, hoping that I could get in touch with Kevin by the next day. Reluctantly, I dragged myself into a hotel next to the garden, and gritted my teeth as I asked the rate for a night.

Well, that at least explained why I’d seen race cars peppering the streets of Monaco during my afternoon schlep.

But this was terrible news. I was 10-percent relieved not to be spending my soul on a hotel room, but 90-percent concerned that I couldn’t even buy my way into a bed in Monaco. And this didn’t really seem like the sort of place one could get away with being homeless, even for a night, without being forcibly removed for offending national pride.

As time ticked on, I decided to return to the airport and find a new plan. Except I quickly realized I didn’t know where the real bus stop was, and no buses were stopping at the random spot where I’d been deposited earlier that day. This also wasn’t going to work without some assistance.

In desperation, and considerably disheveled even by American standards, I resorted to the 21st-century version of door-to-door begging: Wi-Fi hijacking.

I dragged my bag to the front door of every roadside home or apartment building I found in Fontvieille and refreshed my phone’s WiFi screen, hoping to find an unprotected signal. I nearly fell over when I finally found one, and celebrated my micro-victory; squatting on the curb, I logged onto WhatsApp to find no messages from Kevin.

I started googling bus routes to the airport and flights from Nice to anywhere else on my upcoming journey. It was too late in the day for flights, but I considered staying in Nice for the night—except I couldn’t, because not only was I in Monaco for Grand Prix, but Nice was booked with spillover from the Cannes Film Festival, which was just wrapping.

During one of the 900 times I checked WhatsApp during that hour, I noticed my Portuguese friend Carlos was recently active, so I dumped my sad story on him, just for emotional support. Carlos didn’t seem to understand how dire my predicament was when he told me not to worry. He offered to text Kevin, hoping the more direct communication might catch his attention. It didn’t work.

As night approached, and I resolved to start looking for outdoor hideaways I could stash myself away for a night, I got another message from Carlos.

I stayed on that curb, glad I hadn’t left a minute earlier, and within just a couple minutes I got a message from Kevin. He didn’t explain what happened, but promised to meet me across from the garden in 15 minutes.

And he did. As it turned out, my few days in Monaco were among the best of my long trip through Europe, and Kevin was a blast. We spent three days touring the small country by afternoon and taking trips to French villages at night, eating home-cooked meals on the balcony facing the cliff-top palace, and staring out at the yachts and ships on the sea. It was idyllic—something from a film.

I’m friends with Kevin still, though I’ve never asked him why he didn’t answer me that day, or if he really planned to just leave me homeless in Monaco. What could I really gain from knowing? Nor did I learn what Carlos ultimately said to Kevin; all I gleaned was that he left a persuasive voicemail.

But it doesn’t really matter. What mattered was that he recognized my situation and helped. It hadn’t dawned on me that friends afar could help me out; I was alone in Monaco and that’s all I could see. But Carlos, all the way in Lisbon, reminded me that one is never alone or out of options when one has a friend somewhere—anywhere—in the world.

And now I live with the very comforting knowledge that, no matter what happens, there will always be somewhere I can rest my head at the end of a day, even if I need a friend in Portugal to help me find it.

We all have a Carlos in our lives, even if we don’t realize it until we need him.

Well, lesson to be learnt, don’t relly on Kevin again… I am not sure if I would have still kept him as a “friend”.

Nobody will ever read this comment but Carlos is a real saint.

Even though Kevin comes across as more foe than friend, this story was still really moving. You’re really lucky.