Moldova is off the radar for most travellers. But if you’re thinking of braving the area, here’s a few hidden gems to look for.

Moldova, a country that borders Ukraine and Romania, is home to a population of roughly 3.6 million people. It’s been a little over 26 years since Moldova first claimed its independence, splitting from the Soviet Union during the collapse of communism.

Its recent formation makes it a fascinating place to learn about. Most travellers to the little-visited Eastern European nation stick around the capital city of Chisinau, with its Soviet-style architecture and grand neoclassical European flairs. But the country is so much more than that, offering bounties of deliciously hearty food, obscure historic gems and natural gems hidden in its rustic landscape.

Read on to discover some of the hidden corners of Moldova.

Drink a Glass of Vino at Milestii Mici

Did you know that Moldova is known for its wine? According to the New York Post, it is one of the top wine producers in the world. With huge annual exports (mostly to fellow former Soviet Bloc countries), you’d be hard-pressed to find Moldovan wine outside of the region, making it a premier wine-tasting destination. 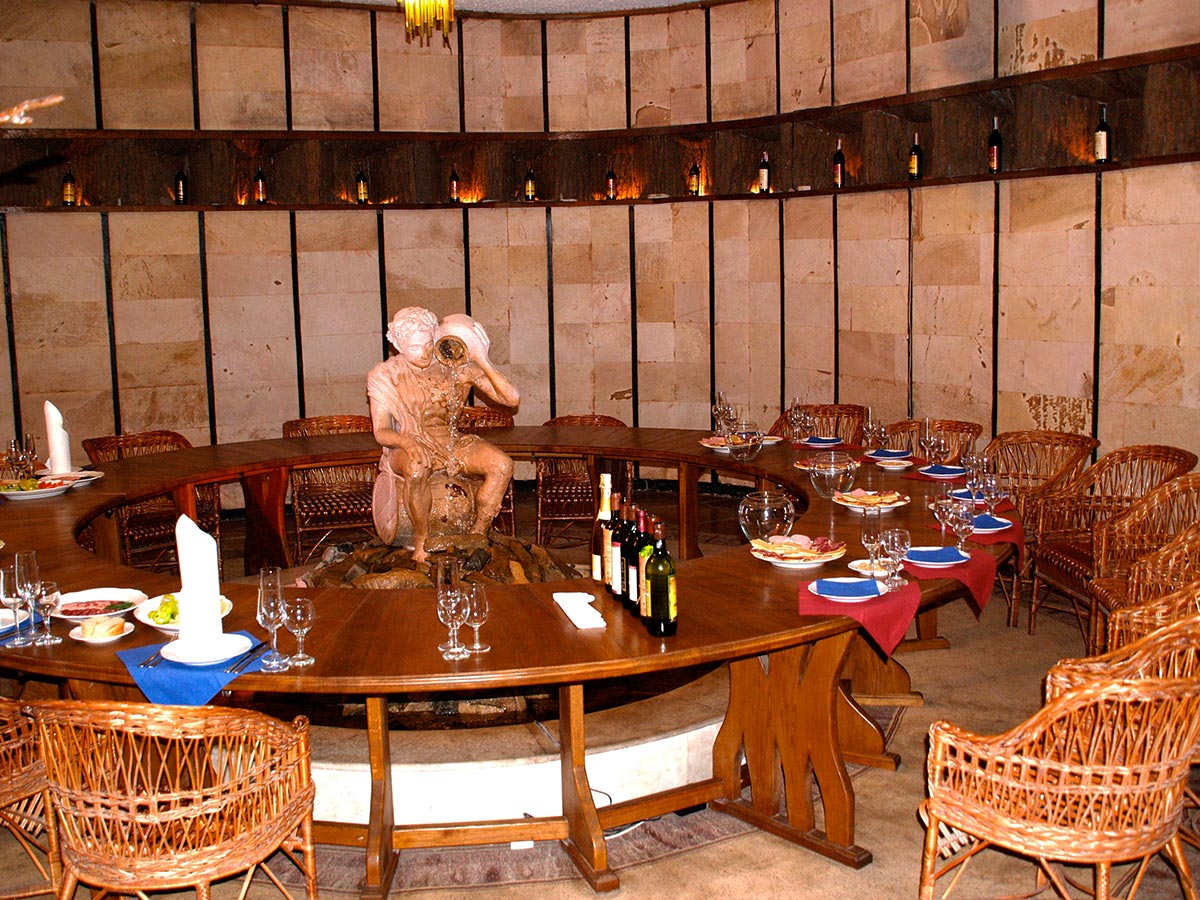 The grapes are dominantly white, with distinctly local Eastern European varietals from the Fetească family, but the folks at Milestii Mici serve up brands from newly introduced European grapes and red wines, too.

Unlike Italy and France, Moldova’s wine is a an undeserved secret. Although the quality is just as good, you won’t find crowds of people lining up for the Milestii Mici wine cellar—even though many international connoisseurs say it’s just as good. The bottom line? More wine for you.

According to The Telegraph, affluent residents in Soroca (population 22,000) show off their wealth with flashy houses, resembling famous landmarks such as the Bolshoi Theatre and St. Peter’s Basilica.

Why the showcase? The northern city is home to many Roma people, historically subjugated and discriminated against by the majority populace. Today, the comparatively well-off residents want to flaunt their success, despite the region’s continued overall economic struggles.

So you might pass by cracked sidewalks and poorly maintained roads to get to Gypsy Hill, but the residents of the hilltop area itself have made a name for themselves—and while many international tourists may be confused at first glance, the story behind the architecture makes it a worthwhile sight. 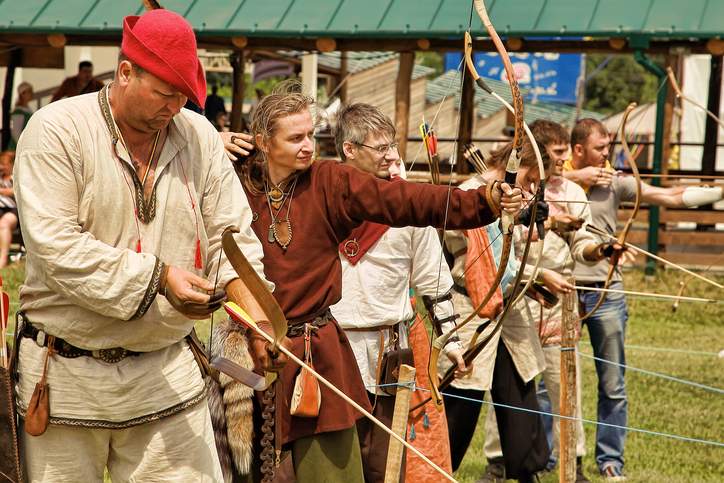 An archery competition at the Medieval Festival in Vatra, Moldova, 2015. (Credit: Velirina/iStock)

Gypsy Hill stands out because the homes are like something out of a fairy tale. The extravagant wealth makes Gypsy Hill stick out from the impoverished outskirts. Seeing this type of wealth is reason enough to go. Besides, if you can’t make it to the actual Bolshoi Theatre or St. Peter’s Basilica, maybe this is the next best thing.

Head Out to Visit to Transnistria

Transnistria is a small slice of land between Ukraine and the rest of Moldova, which, although local governments have self-declared their statehood, is still technically part of Moldova.

Having a population of nearly 500,000 people, the 4,000-square-kilometre strip of land has everything you might find in a sovereign nation, such as a unique currency, government and army. Nonetheless, neither the United Nations nor Moldova have yet officially recognized it.

If you have a spare day in Moldova, it’s worth stopping by Transnistria to see their Soviet statues and medieval castles—and catch a glimpse of a very pro-Russian territory that is proud of its Soviet past.

This is a fascinating geopolitical region, and if you engage locals in conversation you can certainly learn a lot about a quietly contested part of the world with a deeply unique history.

A Word on Safety in Transnistria

For those who are curious and want to check out this disputed territory, be sure to keep a low profile, make sure you have the right stamps in your passport, avoid being obvious about taking photos and avoid discussing politics. (Please check with your country’s official travel website to see if Transnistria—and Moldova—are safe to visit at this time.)

Whether you are taking charter flights to Moldova or beyond, we encourage you to step up, pack your bags and embrace your wanderlust as you embark on this cultural adventure. 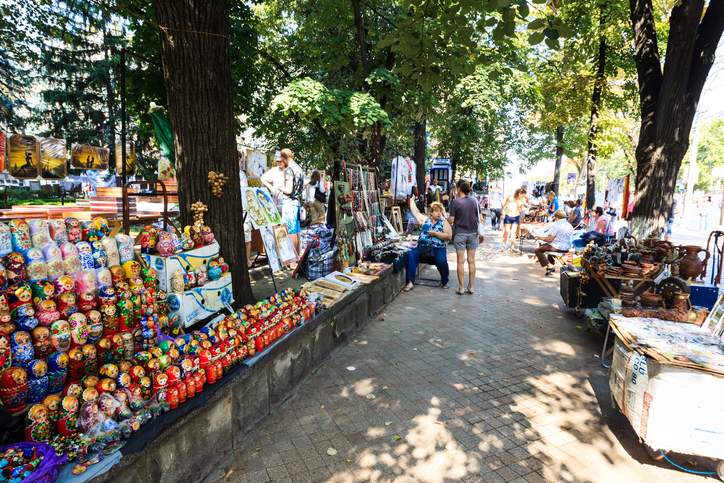 In Chisinau, the capital of Moldova, at the stalls of the Chisinau flea market. (Credit: verve231/iStock)

That said, Moldova is starting to catch on in popularity, with people beginning to travel to this small country because of its wine and non-commercialized countryside. Several tourism operators placed it on their lists of places to see in 2018—making it all the more attractive to adventurous travellers.

At the same time, always remember to take standard safety precautions, register with your embassy and be sure to get the latest updates and safety alerts. ♦

Wendy is a super-connector who helps businesses find audiences online through outreach, partnerships, and networking. Aside from travel, she loves writing at AssignyourWriter from the UK about digital marketing, technological advancements, and brand strategies.

I can never seem to pack light for travelling. Is that even possible?!