The 2017 hurricane season already looks like a record breaker. What should Canadian travellers know about these epic storms?

The 2017 Atlantic hurricane season hasn’t even peaked yet, and already we’ve seen Harvey flood Houston, Irma barrel through the Caribbean toward Florida, Jose preparing to follow Irma’s violent path and Katia beelining for Mexico. Although none of these storms have touched down in Canada, thousands of Canadians have been affected by their wrath and the aftermath of their destruction.

Hurricanes are nothing new for Canadian travellers. Each year a series of storms rises out of the Atlantic Ocean and heads for our favourite winter sun destinations. From Mexico to Florida, the Dominican Republic to Jamaica, many of our most popular getaway spots are regularly lashed by violent storms.

What makes this year different is the immense size and quantity of the storms that have already appeared to our south.

The fall Atlantic hurricane season generally runs from June 1 to November 30. The U.S. National Oceanic and Atmospheric Administration (NOAA) states that between 1981 and 2010, the fall season produced an average of 12.1 named storms and 6.4 hurricanes, of which 2.7 were classified as major. The heaviest hurricane year, with 15 such storms, was 2005—the year of Katrina—while 2002 saw the fewest with just two, neither of which were regarded as major. 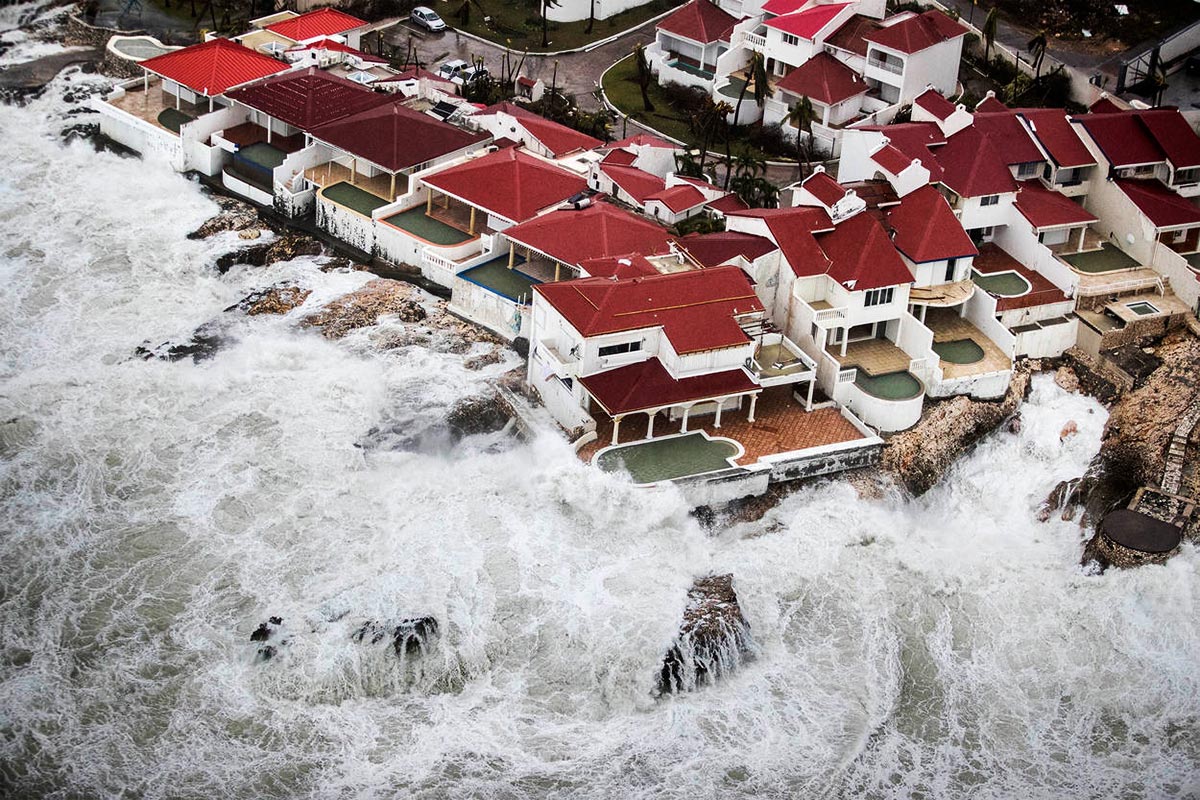 With such a long season, and the slim likelihood of encountering a hurricane on your week-long southern vacation, it’s no surprise that few Canadians opt to avoid hurricane season altogether.

However, if you are travelling during hurricane season, here are a few things to bear in mind.

1) Pick your day. September is statistically the worst month for hurricanes, and September 10 is the worst day. Not that you can’t encounter a storm in June, or that you’re guaranteed to experience one in mid-September—but if you like to play the odds, September is the month to avoid, with late August and October not far behind.

2) Pick your place. Some countries, islands and states are more likely to be hit by a hurricane than others, and while you can never guarantee that you’ll avoid a storm by destination alone, you can improve your chances with research. For example, your chances of encountering a hurricane in Mexico’s Yucatan Peninsula is significantly greater than it is in Panama or along Costa Rica’s Pacific coast.

3) Buy insurance and read the fine print. I am a huge advocate of travel insurance at all times, but if there’s a chance of encountering a hurricane while travelling, all the more reason to be protected. However, read the fine print when you buy it—not when you need it! Not all policies cover you for acts of nature, such as a hurricane. It’s better to know that before you need to make a claim than when your flight has been cancelled and you’re desperately trying to get home.

5) Always carry all emergency contact details, and take a paper copy! Take a comprehensive list of contacts with you—airlines, your accommodation, the tour operator you’re travelling with and other such essentials, as well as contact info on the nearest Canadian embassy or consulate (or whomever represents Canada’s interests if in a location that doesn’t have a Canadian office) and Global Affairs in Ottawa.

As electricity is often among the first things to fail during any emergency, don’t rely on your smartphone—or its memory—to store vital information. Also take along a paper copy of all valuable information and include in it the telephone numbers of friends and family at home if, like many of us, you depend on your phone’s speed dial to remember such numbers.

6) Leave a copy of your itinerary—or approximate itinerary if travelling around— along with copies of your passport, any confirmed travel arrangements and all those contact details mentioned above, with friends or family, and in an email document or email draft which you can access from any computer. That way, if you lose your phone and documents, you can still access copies of everything you need.

7) Never cut yourself off completely from news, even when you’re on vacation and trying to escape it all! Hurricanes rarely give more than a few days’ notice. If you avoid the news for even a few days, it might be too late to get out of the way of a storm. You don’t have to spend an hour a day catching up on world events—just keep an eye on local headlines and local circumstances.

8) Don’t depend on others. Airlines do their best to get customers out of the path of hurricanes, but they only have a limited number of aircraft that can be thrown into an emergency evacuation run at any given time, or even crews available to fly them. Don’t depend on an airline to get you out of trouble! While the Canadian government—or that of a friendly nation—may help you, remember that in most cases they’ll bill you for the service (and it’s considerably higher than your average airline ticket), and probably only take you out of harm’s way, not all the way home.

9) Get to safety. If stranded in the path of a hurricane, find out where the emergency shelters are, or, if so advised, shelter in the most secure area of your accommodation. Wherever you choose to ride out the storm, make sure you let someone know—friends, family or the relevant Canadian embassy.

10) Be prepared. It’s not practical to carry around a full hurricane emergency kit for most of our travels. But you can get in the habit of carrying essentials such as a flashlight, a water filter or water purification tablets, spare batteries and basic medication and first-aid supplies (such as Band-Aids, Aspirin, Gravol, etc.), even if just going to an all-inclusive. If disaster strikes, you may have to look after yourself for a number of days before anyone can help you.

11) Stock up. If a storm is on its way, try to immediately stock up on the two basics: food and water. Even a few one-litre bottles of water can go a long way when the water supply fails, as can a handful of chocolate or nutrition bars.

12) Carry cash. Many of us don’t like having cash on our travels, but if disaster strikes there’s a good chance that ATMs will either quickly be empty or out of service. Always keep some cash on hand, even if only $200 in local currency or U.S. dollars. It won’t be enough to get you home, but it’s better than having nothing more than an unusable bank card.

13) If a hurricane strikes your destination before you travel, find out what the exact conditions are before you leave home. Check with your travel agent, airline, tour operator, consulate, local news, social media or travellers’ message boards for details. Make sure the airport is fully functional and that electricity, water and phone lines are working properly, and that local transportation systems are running. Also enquire about the health and sanitation situation. Ascertain not just how your accommodation really is, but—if heading to an all-inclusive—how the beaches are. It’s not unusual for a hurricane to completely wipe out entire beaches, leaving tourists unable to enjoy the main purpose of their trip.

If things don’t sound great, contact your airline or tour operator to see if you can switch to a different hotel or destination, or if you can postpone your travel. If you can’t, check your insurance policy to see if it covers you.

Wildfires are Burning More than Just Forests in the Pacific Northwest