How Soon Is Too Soon After a Disaster?

Sadly, even after a country has recovered from disaster and the basic infrastructure has been at least partially restored, many travellers still often shy away for longer than is necessary and often for longer than is desired by that country.

For many travellers, the pictures of the earthquake that recently hit Nepal have hit particularly close to home because the Himalayan country has long been one of the most popular destinations for trekkers, climbers and visitors from all over the world.

The television images from Kathmandu tell the tale in graphic colour; buildings collapsed, streets clogged with rubble and ancient monuments simply gone. Thousands dead, many more injured, and countless left homeless. As many of the residents of the capital simply struggle to find water, food, and basic shelter and to avoid disease, we still have barely a notion of what has happened in many of the small Himalayan towns and villages so often frequented by hikers.

With the infrastructure devastated, and the guides and remarkable Sherpas who so tirelessly lead visitors through Nepal’s spectacular national parks or high into the mountains now otherwise occupied, the country is currently unable to continue hosting travellers. 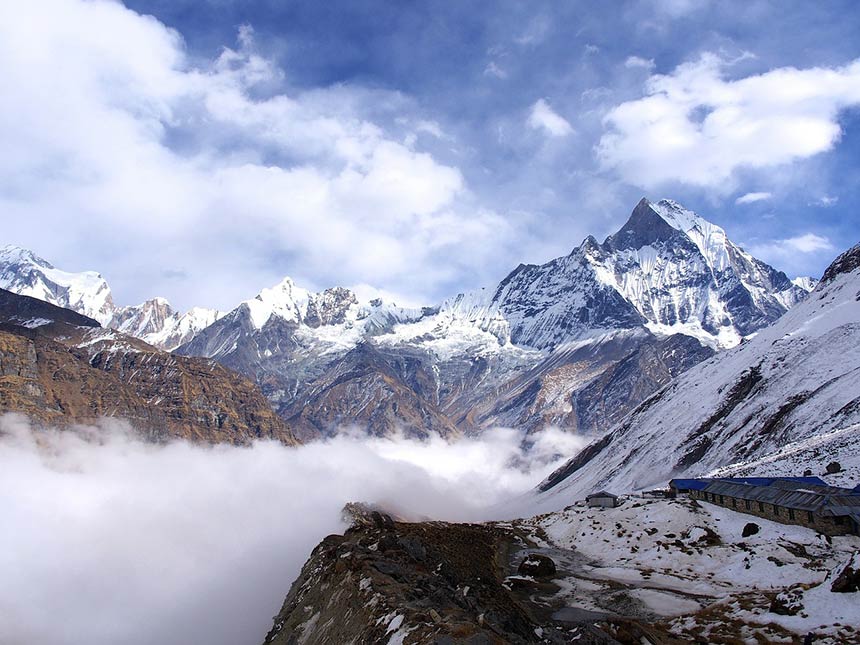 Yet with the tourism industry employing a considerable percentage of its population, accounting for more than 4% of the country’s GDP and serving as the leading source of foreign exchange, the Nepalese economy will need tourists to return to the country as quickly as it is safe, practicable and feasible to do so.

But just when is it right for travellers to visit countries stricken by turmoil or disaster?

Voyeurs and ambulance-chasers aside, as strong as well-intentioned travellers’ desires may be to stick around and assist during times of catastrophe, the best thing most visitors can generally do after a natural disaster is to simply get out of the way.

The day-to-day struggle for water and food doesn’t stop at the gates of a hotel or the doors of a hostel and with precious little to go around, if it is possible for travellers to promptly leave the country, it is generally best to do so. In addition, what telephone lines, Internet connections and accommodation may have survived the destruction are of greater value to the population when used by rescue teams than they are by tourists.

Sadly, even after a country has recovered from disaster and the basic infrastructure has been at least partially restored, many travellers still often shy away for longer than is necessary and often for longer than is desired by that country.

This avoidance is partly out of fear of disaster striking again, but also because many of us have long memories and once pictures of devastation are seen, it is hard to shake them from our collective memory. While it is never palatable to partake in some sort of voyeuristic disaster-tourism, countries hit by unrest, war, disease or natural disasters do need us to return once they are properly capable of hosting us. Although of paramount importance to employment and the economy to once more have hotels filled and airports busy, it can also be equally important for the healing process for those who suffered most during the turmoil to again see visitors and interact with outsiders.

At the moment it is hard to say just when Nepal might be ready to once again start receiving the number of visitors that ventured there prior to April’s earthquake, but once the doors do re-open and the country invites travellers back, it is important that we respond and don’t shy away.

Once invited, our return in the months and years that follow will be as important to Nepal’s long-term recovery as the aircraft loads of aid that are currently arriving there today.

Alone Together: How to Travel and Stay Sane with a Friend

How Exactly Do You Move Abroad?