How to Overcome Your Anxiety and Speak a Foreign Language Abroad

A lot of native Anglophone backpackers I’ve met, especially in Europe, have seemed envious of their continental counterparts. Not just because those Europeans can tackle calf-scrunching, lung-popping alpine trails like sure-footed mountain goats without sweating through their Mammut under-layers, but also because they can speak a tongue-cramping plethora of languages with better accuracy than Google Translate. 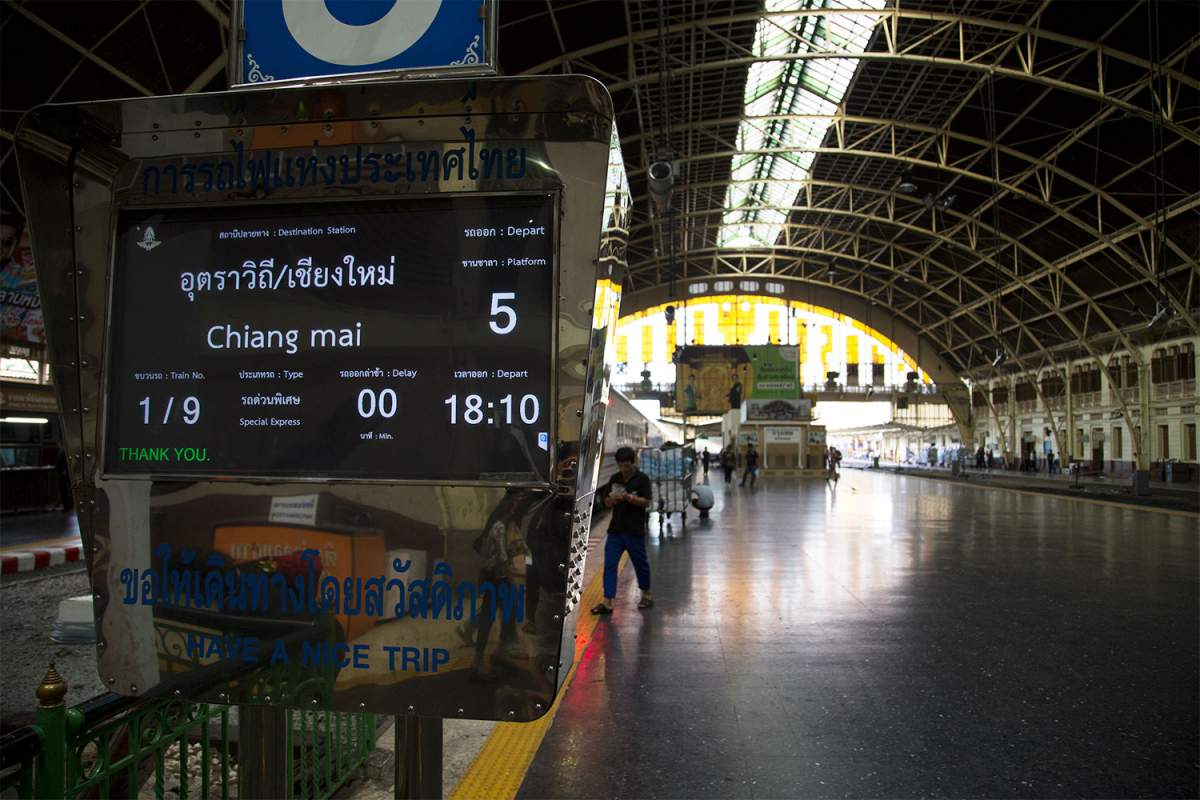 I’ve had Norwegians correct my pronunciation, Fins use English words I’ve never encountered and Germans refuse to end sentences with prepositions. Worse still is that, when I remark on their polyglot skills, they often respond with, “Don’t Canadians speak English and French?”

Some do, but most speak English or French. My French proficiency extends to days of the week and fruits—meaning if I want anything more from a Francophone than a pineapple on a Thursday, then I’m up merde creek.

Ashamed by our lingual ignorance, we monolingual Anglophones frequently bemoan how much we “want to learn another language.” This is perhaps inaccurate: we want to know another language, to make friends with people who don’t speak English and to have a broader vocabulary with which to describe the poetry of the human experience.

But learning another language is daunting—due to both the challenge itself and the rife opportunities for embarrassment.

Here are a few tips I’ve picked up on how to get over your fear and speak a new language abroad, even if you’re not perfect at it.

Still Alive? Then You Ain’t Too Old

Many of us believe that our cognitive window for learning new languages closed after age 10, yet the notion of children learning languages quicker than adults isn’t necessarily accurate. First of all, a kid’s vocabulary and the ideas they communicate are simpler than an adult’s, meaning they have less to learn before they catch up with their peers.

Additionally, most children learn languages in structured environments—school, mostly—whereas most adults are self-taught, which is not only challenging in regards to discipline but also in terms of how you learn. While apps like Duolingo are terrific for practicing, they aren’t as effective as having a live instructor who can explain concepts in different ways if you’re struggling to understand.

Perhaps the most crucial factor is that kids are less self-conscious about being wrong. A friend of mine took a Russian-language crash course in which his instructor encouraged everybody to adopt a Russian name and persona. This pseudo-personality distinction allowed the students to separate their egos from their mistakes, which encouraged them to take bigger risks and yield greater results.

It’s true that your pronunciation will never be perfect if you learn a language after puberty due to physical changes in your brain—but so what? Just because you’ll always have a regional twang in your speech doesn’t mean you can’t speak the language.

When learning languages abroad, it’s tempting to consider yourself done for the day when you leave the classroom. This is understandable given that, after a few hours of complex verb tenses, your brain resembles the frijoles refritos in your quesadilla. Yet by forcing yourself to abandon English altogether, your success rate will be paramount—like this guy, who learned conversational French in 17 days.

If you’re staying in one area for a while, look for accommodation with a host family instead of a student dorm or hostel, and actively seek out native speakers instead of foreigners when asking for directions or meeting new friends.

Nervous about chatting with locals? Consider this: if somebody came up to you asking for directions in broken English, would you think they’re an idiot or appreciate their courage ? Many people around the world feel pressured to learn English; if this includes the locals you’re gabbing with, they’ll likely welcome an English speaker making an effort with their mother tongue.

Most of us know the modern conventional ways to learn another language: apps, MeetUp.com groups, practicing with children’s books.

For audio-visual learning, pick a TV show you’ve seen a thousand times and watch reruns in your new language. Experiment with subtitles in English and the new language, then none at all as you become more comfortable. (You may want to re-watch the English episodes first to refresh your memory.)

To practice reading, find an easy book you’ve read before (I chose The Little Prince) and acquire two copies, one in English and the other in your language of choice. Read first a sentence, then a paragraph and then eventually a page in English, followed by the same chunk in the new language.

Learning a new language is no easy feat, and I’ve admittedly thrown my verb book across the room multiple times. But remember: the world is more forgiving than you may think, and the rewards for travellers are worth it. Speaking a foreign language abroad can teach you more about a new country than almost any guided tour—no matter how old you are.

Man Overboard | My Summer Working on a Maine Windjammer Boat

Four Oceans, No Planes | How to See Southeast Asia in Two Weeks or Less