In From Istanbul | An Expat Profiles his Hometown of Bari, Italy

A Classics major from Italy moves to Istanbul and becomes a city tour guide. Yet reminisces on the charm and beauty of his hometown in southern Italy. Here’s new Outpost contributor Dario De Santis from his base in Europe.

Travelling for me is not just a passion but a way of living, of being in the world. My name is Dario, and I’ve spent the last 10 years roaming Europe and the world. Since the travel bug bit me, and I will always be grateful to Ireland for this, I’ve never stopped moving around: Europe, China, the United States, Australia, Africa and the Middle East are some of the places I’ve been.

Now my wanderings have led me to Istanbul, Turkey, where I’ve been living for the past two years—a new record for me! The past 10 have been one long journey—but isn’t life a journey for all of us?

No, I’m not a millionaire, not at all. In order to travel so much I had to change my lifestyle, make great sacrifices in the relationships with my family and friends, give up the prospect of a career and adapt myself to do any kind of job: waiter, barman, teacher, editor, tour guide, etc.

Quite often friends and relatives ask me if it’s worth it, and after so many years I still answer them without the slightest hesitation, “Yes, it is,” usually followed by a quote from St. Augustine: “The world is a book. Those who don’t travel read only one page of it.”

Although I consider myself a citizen of the world, I hold an indissoluble bond to my hometown Bari. It is located in the southeastern part of Italy, more precisely in the middle of the peninsula that represents the heel of the Italian boot. Wherever I go, I carry with me my roots, strong and deep like those of the olive tree, the tree that dominates the landscape of my land, Apulia, and the whole Mediterranean. I can’t help but to extol the beauty of Bari and Apulia to any travellers and people I meet abroad. Without exaggerating, Apulia is really one of Italy’s best-kept secrets.

With a population of about 350,000, Bari is one of the largest and most interesting cities of southern Italy. “If Paris had the sea, it would be a little Bari.” This saying conveys in a jovial way the love that the people of Bari have for their own city. 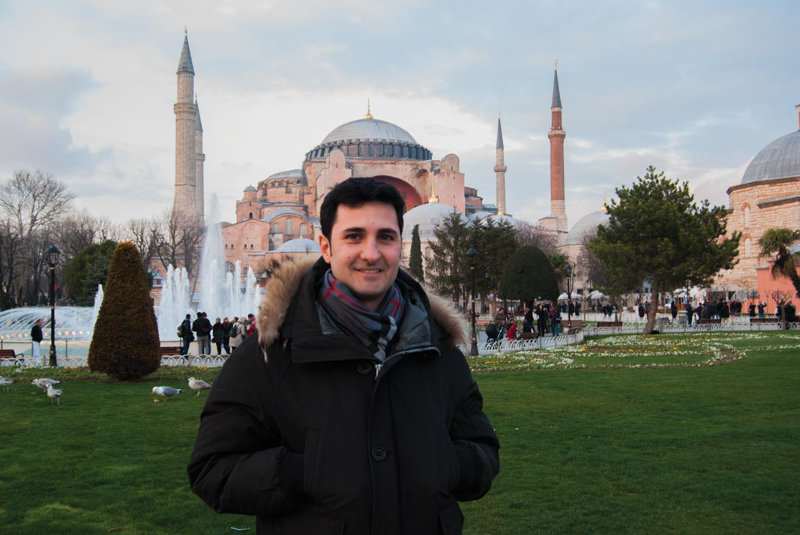 Dario in Istanbul, now his home base.

What I miss most about my homeland is the climate, the sea, the food. Having grown up in a place with over 300 sunny days a year, I can’t stand the cold and rain. I easily get depressed when I see a grey sky. Likewise, I know I could never live for long in a city without a sea.

Since I was a child, the sea exerts an irresistible appeal to me. It represents a visual escape and a place where my thoughts can run free. It’s like an ocean of endless possibilities, the mystic immensity of nature opposed to the frailty and smallness of humanity. Every time I go back to Bari, the first thing I do is go for a walk along the waterfront, flanked by impressive, fine buildings. Sitting on a bench, I let myself be captivated by the light blue sky, by the incessant lapping of the waves and the fresh marine breeze. 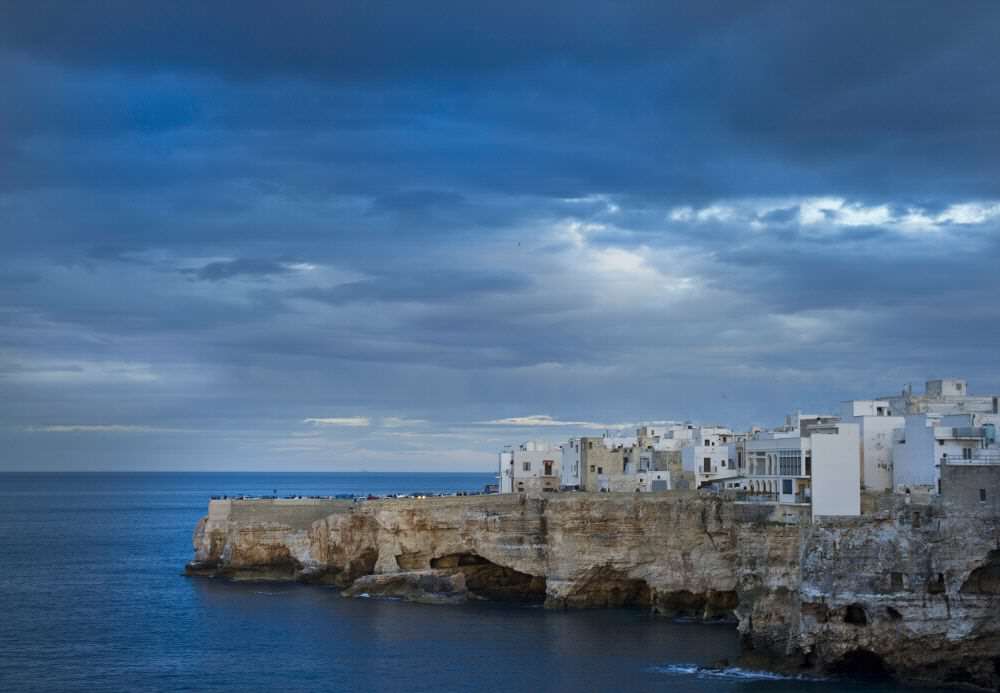 Carrying on walking, I arrive in Barivecchia, the old city. Here the asphalt is replaced by polished white stones. Two evocative squares, Piazza del Ferrarese and Piazza Mercantile, are the beating heart of Bari’s nightlife, especially in spring and summer when crowds pack the many bars and restaurants of the area creating a buzzing atmosphere. This is where I’ve spent countless evenings of my youth, and where I still meet my old friends when I’m in town, sharing a drink as we recall the good old times.

Starting from these two squares, I enter the characteristic maze of narrow alleys that form Barivecchia. This tight space, reminiscent of an Arabic alley, is alive with people of all ages carrying out their daily activities: men playing cards, ladies cooking, elderly people chatting sat by their front doors, children screaming and playing.

While walking here, the scent of the local specialties like focaccia, panzerotti and sgagliozze reach my nostrils. In the alleys of Barivecchia, in fact, there are a few grocery shops and also some ladies who cook food at home and serve it hot to people passing by the street. So we come to the third thing I miss when I’m far from home: the food. In Italy, and especially in Bari, we live for eating and not vice versa.

Cooking is considered an art, and eating a solemn ritual. Of course I’m biased, but when it comes to food, I really think there’s no place on Earth better than Bari.

Barivecchia is where the historical and spiritual soul of Bari resides. Here dozens of churches and shrines and the most significant landmarks of the city can be found: the Swabian Castle and the Basilica of St. Nicholas. The massive Swabian Castle, built in 1131 by Roger II the Norman over pre-existent Byzantine ruins, was restored by the Holy Roman Emperor Frederick II between 1233 and 1240. During the Crusades, the fortress played host to knights on their journey to and from the Holy Land. In front of the entrance is my favourite gelateria, so whenever I pass by I have an excellent homemade ice-cream sitting on the wall of the moat.

The magnificent Basilica of St. Nicholas, in Apulian-Romanesque style, is not only Bari’s most famous monument but also its symbol. The church was founded in 1087 to house the relics (or remains) of the saint, stolen in the same year from their original location in Myra (in modern southern Turkey) by some seamen from Bari.

This event, celebrated every year during St. Nicholas’ feast, exemplifies the cheek and bravado of the people of Bari. St. Nicholas is one of the most worshipped saints of Christendom; even Santa Claus is based on him. When I want to brag about my hometown, I just need to tell people that Santa Claus is buried there. Every time I visit the basilica, I’m impressed by the grandeur and whiteness of its walls that shine day and night illuminated by both the sun and the spotlights.

Of course, my love for my homeland is not limited to the city. In Bari province, there are many beautiful places: charming coastal towns, old walled villages, sandy beaches with crystal-clear waters and vast cultivated fields. The Grotte di Castellana (Castellana’s Caves), with their fairytale rock formations shaped over millennia, are one of the most evocative places I’ve ever seen.

You might be wondering—if I love my homeland so much, if it’s so beautiful, why did I leave? I’m often faced with this question. My answer is this: because it’s only one beautiful page from the wonderful book of the world. A book that I long to read cover to cover. **