As the cold weather rushes in: Revisiting a recipe for classic Irish Stew!

Irish stew has been around since the 1800s and is heavily rooted in the culinary tradition that relied upon open-fire cooking. Originally a peasant dish, it used the cheapest and most common ingredient available – sheep! Raising sheep was the primary sustenance for the Irish and held huge economic importance. Not only were they a source of food, but they were also used for the production of milk, wool, and cheese. This is why traditional Irish stew is made with either lamb or mutton. 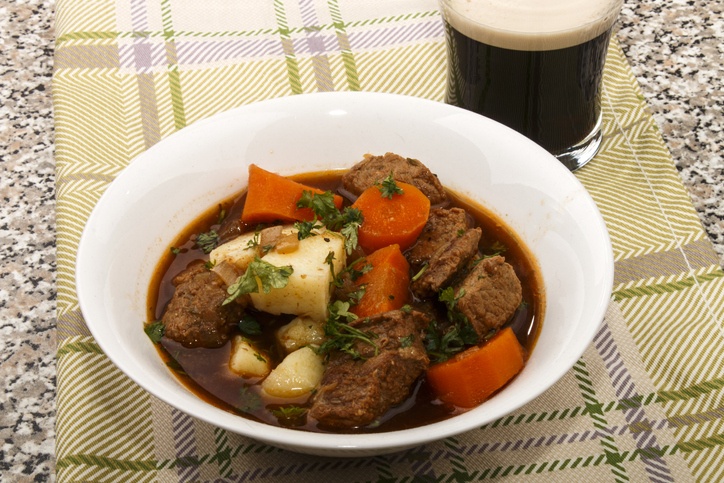 Lamb or mutton neckbones and shanks are the best for adding flavor to your recipe, along with root vegetables like carrots, parsnips, and turnips. Although, when the Irish fled to North America because of the potato famine, the recipe began to change. While they no longer had plentiful sheep available to them, they substituted other meats to create their Irish stew. Today, Irish stew is more commonly made with beef.

But on a cold, windy day, there’s nothing better than kicking back with a nice hearty bowl of traditional Irish stew! Want to know how to make your Irish dish the most flavourful? We’ve got you covered with our recipe below!

Note: the stew is best served hot with a side of Irish soda bread, and tastes even better paired with a smooth Merlot!

10 Top Virtual Museum Opportunities | What to See When You Can’t, Then Can

I believe I will make iris stew soon