Jamaica’s State of Emergency: What Canadians Need to Know

On January 30, the government of Jamaica extended a state of public emergency in the Parish of St James. The initial announcement from January 18 made worldwide headlines because the affected parish includes Montego Bay, and the international airport that services tourist hotspots Negril and Ocho Rios. But what does it mean for Canadians?

Why did Jamaica declare a state of public emergency?

The declaration was implemented due to a significant increase in violent crime in the Parish of St James that has included gun battles between rival organized crime groups and violent robberies.

Jamaican newspaper The Daily Gleaner reported that St James experienced 335 murders in 2017, with a further 40 tallied so far this year—all out of a population of just 184,000 people. 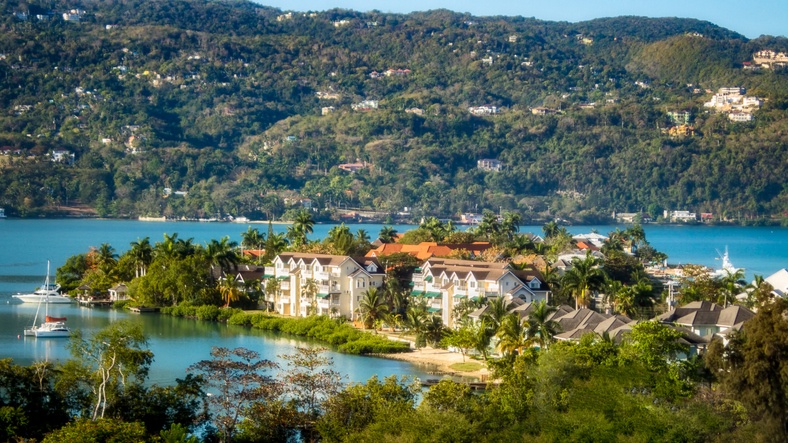 How long will it last?

The Public Emergency was introduced on January 18, and given the recent extension, could last up to two months longer.

What does a state of public emergency mean in Jamaica?

A state of public emergency allows the government to introduce unusual measures to restore law and order. In the case of St James, this has meant deploying the army onto the streets with road blocks, random identity checks and searches, and the military handed the right to detain anyone without a warrant. The government has also imposed a daily curfew.

What does the Canadian government say?

In 2016, 372,137 Canadians visited Jamaica, making it the third most popular Caribbean destination after the Dominican Republic and Cuba. Consequently, this development is of concern to the Canadian government.

In response to the Jamaican government’s declaration, Global Affairs Canada has advised Canadians already in St James to “exercise a high degree of caution” and to “restrict your movements beyond resort security perimeters. If you do travel outside these perimeters, use transportation arranged or provided by the resort. Use organized tour operators for excursions, and travel to and from the airport. If you are in the affected area, be extremely vigilant, follow the instructions of local authorities and monitor local news.”

Some travellers already in Jamaica have taken to social media to report that they’ve noticed little difference in St James since the announcement, while hotel and tour operators have applauded the government’s actions, hoping it will make Jamaica safer for tourists.

Beyond the introduction of curfews, the actual implementation of the declaration does not have any direct impact on visitors. The airport is still open, the hotels are still operating, and the beaches are still busy.

Although many governments are advising their citizens to remain on hotel property or venture off only with hotel assistance, visitors are allowed to leave their hotels whenever they want, and local tour operators are still offering the usual day trips to popular tourist spots such as Dunn’s River Falls or Bob Marley’s home.

There have not yet been any reports of tour operators removing Montego Bay from their product range, or of cruise lines skipping Jamaica altogether.

What if someone no longer wants to travel to Jamaica?

As the Canadian government advisory does not call for the avoidance of all nonessential travel—or indeed all travel—to Montego Bay, it is unlikely any traveller who is booked to Jamaica anytime soon will be able to make a claim to their insurance company if they now wish to cancel.

However, I recommend you contact the airline, cruise line or tour operator directly to learn what the cancellation penalties or change fees might be, as some may have eased their rules given the situation.

Is Jamaica really that dangerous?

Although Jamaica has one of the highest murder rates in the hemisphere, the violence is largely restricted to major cities, and the majority of that is connected to the drug trade.

As with any other destination, visitors should act sensibly and responsibly and always be aware of their surroundings. Travellers should not carry excessive amounts of cash, or flaunt jewellery or expensive cameras or mobile phones at any time. If heading into town for an evening, try to go with friends and be sure one person remains sober to get everyone back to your hotel at the end of the night.

The overwhelming majority of Canadians who visit Jamaica do so free of all problems, and return home with nothing but great memories.

Is Jamaica the only sunny destination that has these issues?

For a number of years, Mexico has struggled with an ongoing drug war that, while most often mentioned in connection with some northern Mexican states, has also affected some popular tourist spots farther south. None more so than Acapulco: once one of the region’s most popular and legendary sun spots, the Canadian government currently advises against all nonessential travel to Acapulco due to “high levels of violence and organized crime.”

Of course, the best defence when travelling anywhere is to always go informed and prepared and with your thinking cap firmly in place.

Not So Fast and Furious | Motorbiking the Himalayas of Nepal