When You Lose Your Phone Abroad, Don’t Also Lose Your Mind

From the OP archives | “Lemonade” is a series by Brandon Schultz chronicling his misadventures abroad, and how he turns his lemons into lemonade. Read the rest here.

On my last day in Amsterdam, I slid my laptop in my bag, stuffed my phone in my jacket pocket and began snapping photos around the city. It was the only truly sunny day since I’d been there, and the colours of the Dutch canal houses, overflowing window boxes and countless bicycles were begging to be captured.

I walked just a couple minutes to a bus station near my hosts’ flat and, waiting on the platform in the centre of the road, a restaurant sign caught my eye: Restaurant Ufuk.

In my defence, I was (slightly) younger then, had been entertaining myself while wandering Europe solo for several weeks, and probably undernourished and sleep-deprived when I saw this sign. I thought it was funny, so I took a picture. When bus #18 came, I decided to start the day by venturing farther out than I’d previously been and working my way back in toward the centre, so I settled into a distinctly isolated single seat in the middle of the bus and doodled in my notebook around the names of neighbourhoods and hot-spots I’d jotted down the night before.

As soon as I hopped off the bus, I heard the commotion of a large truck stuck underneath a low bridge. I reached into my pocket for my phone to grab a shot of the scene—but it wasn’t there. I quickly searched my body, slapped my jacket and pant pockets, rifled through my bag, but I knew what had happened. I lost my phone.

I knew I hadn’t left it at home, because I recalled taking the pictured of Restaurant Ufuk (and briefly wondered if the universe was condemning my juvenile sense of humour), so it was clear it must have fallen out of my pocket on the bus. I didn’t have the key to my hosts’ flat and they were out for most of the day, so I got back on a bus en route to the Amsterdam Centraal, the train station where I knew I could pick up WiFi.

Once connected, I searched for a contact at the city’s bus system, and learned that their office was just outside the train station. I ran over, took a number and waited an hour to be seen. When I finally spoke to a man, he told me the best I could do was call the next day after 9 a.m. to see if any of the drivers turned in a lost phone at the end of the day. 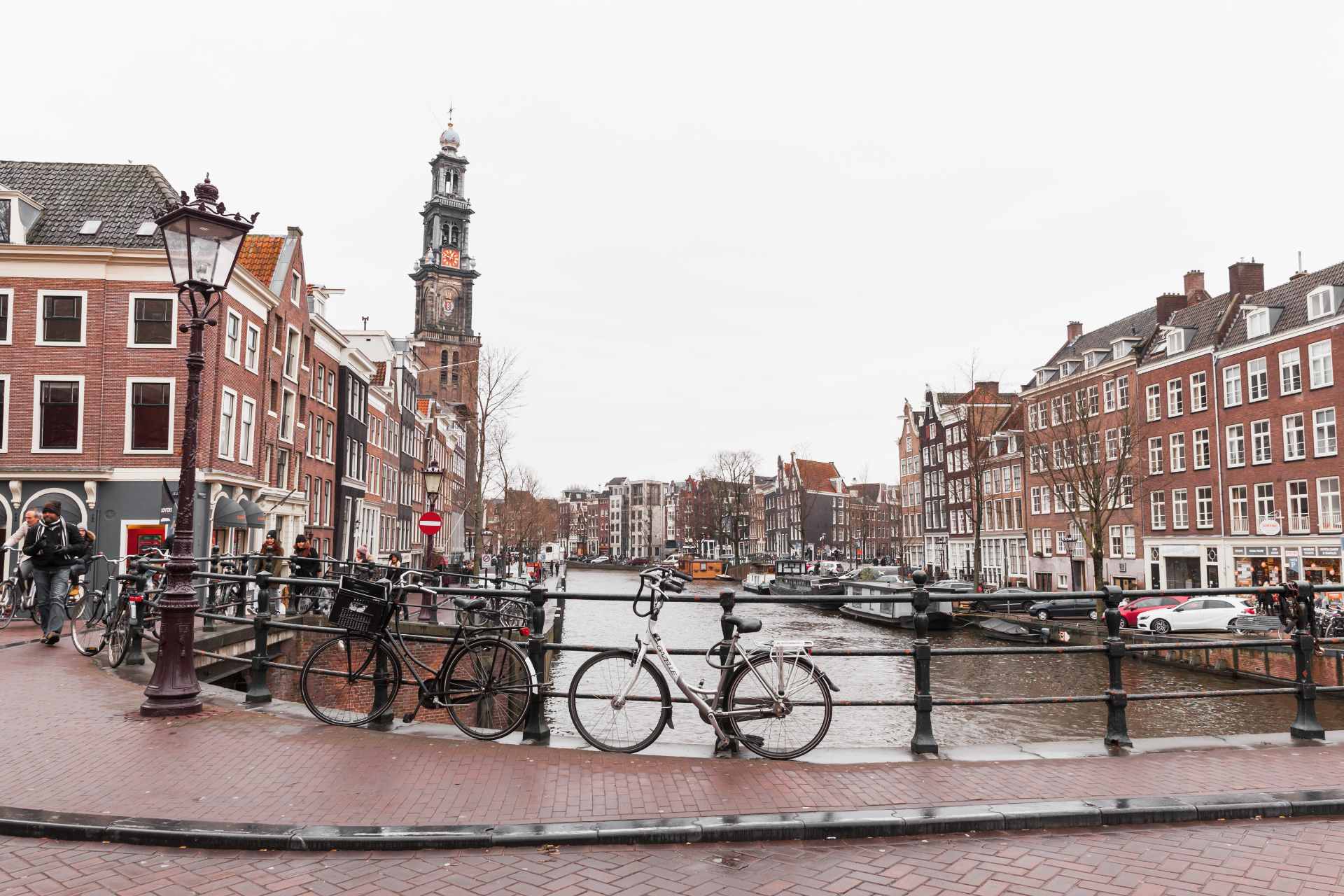 Losing your phone in Amsterdam is just not fun, but surprising too! (Feature photo: eugenesergeev-iStock)

My flight out was at 6 a.m., so it would be too late. I still had four weeks left of solo travel, and 12 more hosts in foreign cities, all of whose numbers and addresses were stored in that phone. Without it, I didn’t know how I’d be able to finish the trip. The phone was also my only camera, so I’d have lost all of my pictures, too. I desperately asked if there was anything else I could do.

“You could wait at the station and check each 18 as it comes through. There are only about three or four buses on the line today,” he offered. “It won’t take long.”

I bolted outside and waited. The train station’s WiFi stretched to the terminals outside, so I opened and my laptop and passed the wait by chatting with my best friend, Stephanie. I asked her to call my phone provider to ask how I could get a replacement in the next city on my journey. She asked if my phone was password protected. It was not. I never lock my phone because it’s annoying to unlock it every time I want to look at it, which is admittedly often.

She pointed out that someone could access my finances and social media, so I used my laptop to change all of the passwords. I remembered that I could also clear my phone’s memory and lock it remotely from the click of a button on my Mac, but I hesitated before following through with it. All my pictures, all my contacts… If I found the phone, I still wouldn’t be able to get in touch with anyone for the next month if I had cleared the memory. I didn’t do it.

When the first bus came, I explained to the driver I wasn’t going to stay onboard, and I ran to the middle to search the single seat. Nothing. I hopped out the back door before the bus took off. Twenty minutes later the next bus #18 came through and I repeated my routine.

It turned out there were not just three or four buses that day, but more than a dozen. Only when the 13th bus arrived—and I recognized the driver, four hours after I started, and still came out the back door empty—did I give up.

Losing the day to this misadventure, I’d resolved not to lose the rest of the trip. People had been traveling for centuries without cell phones, and I had the entire evening to search out contact numbers and addresses before heading out in the morning. I would find a way to organize myself to finish. Depressed but not sullen, I headed back and rang the buzzer to see if either of my hosts had come home for the day yet.

“Is this about your phone?”

A couple hours earlier, a man had called my one of my hosts, Francois, explaining that he had my phone and left his name and an address where I could pick it up. The address was a restaurant where he worked—and it happened to be a two-minute walk from Francois’s house.

Though I had committed to finishing the trip without it, the promise of having my phone returned sent a wave of relief through my body and relaxed muscles I didn’t know I’d tensed. I went immediately to the restaurant to meet the man who saved my phone. He was excited to see me, and we chatted for quite a while. I thanked him profusely, tried to pay him and, just before leaving, asked him how he tracked me down.

“Your phone wasn’t locked, so I looked through your contacts and there was only one Amsterdam number in it. I figured he had to know you, so I called him.”

To this day, I refuse to lock my phone.

I do lock my phone, but when travelling the lock screen has a picture of myself and all my contact info. Anyone picking it up immediately knows who owns it, and how they can contact me.