Back in May, Outpost announced we were looking for a new writer to join our ranks as a travel columnist—someone sharp, creative and funny, who could weave ideas into captivating stories for us and our readers.

We were looking for one great writer. We wound up finding three.

Well, actually, there were even more than that—we received well over 100 excellent submissions from writers based in Kenya, India, the Philippines, South Africa, Spain and beyond. It’s a wonderful thing to read so many people’s stories from around the world, understand their perspectives and learn about their experiences.

Whittling the number down to three took long days of our editorial staff reading and re-reading the submissions, discussing and debating our options. They were tough decisions to make, but we’re super-excited to finally announce our winners—we know you’ll love reading their work as much as we did!

You can find our new columnists each week here at www.outpostmagazine.com. If you want to stay in touch, follow us on Twitter, Facebook + Instagram for our latest stories and news from around the world, and subscribe to our newsletter for weekly updates on and travel deals.

Brandon is a young globetrotting writer with a global view of the world and an undeniably charming optimism. And that’s an important trait when travelling—particularly when things go wrong. For Outpost, he’ll be writing a column about everything that goes wrong while travelling—the “lemons,” as he calls them, that force us to make lemonade. Whether it’s getting sun poisoning in Acapulco, losing his phone in Amsterdam, finding himself homeless in Monaco or crashing a Vespa in Rome, Brandon seems to be an unwitting disciple of Murphy’s Law. But instead of deterring him from travelling, it’s only egged him on.

“Too many people convince themselves that travel is difficult, confusing or too unknown for them to take the risk. My own family wouldn’t even visit me when I studied abroad in Rome and I could make advanced arrangements for them. My best friend convinced herself that she loved her small town so much she had no interest in seeing another place. The comforting lies we tell ourselves out of fear hold us back in life, and this is especially tragic when it inhibits our will to travel, because that’s often when we learn to conquer the other fears that limit our lives.”

The distinction between traveller and tourist, one might say, is how engaged they get in their new country. Currently based in Italy, Carla’s been travelling the world for years on a mission to embed herself as deeply as possible into different cultures, volunteering at various shops, making new meals and learning new skills along the way. She’s worked at an ice cream shop in Iceland, as a shepherd in Tuscany and as a lemon picker in Sicily.

“I have a sincere interest in learning more about craftsmanship, traditions, arts and culture, to see how they have adapted throughout the years. I want to talk to small businesses, shops and artisans who are working on products that have been made in their village for hundreds of years, and learn from people who are fulfilling a tradition that has been passed on for generations. Instead of just passing through, I feel that travelling this way allows me to connect to a community and really understand the culture, people and places I am visiting.” 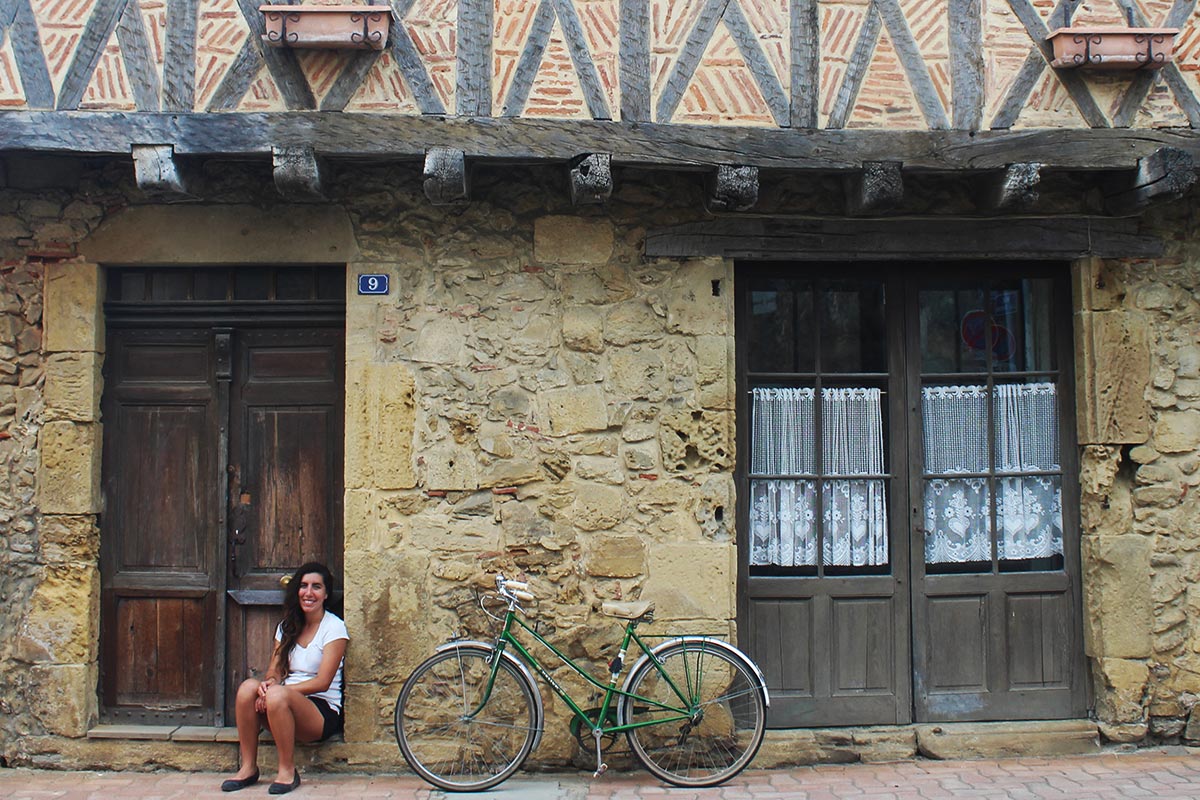 Carla is a Peruvian-Canadian freelance writer and communications specialist. Besides Peru and Canada, she has lived in Australia, Spain and Germany, and has travelled to more than 40 countries. As an Outpost contributor, she specializes in arts, culture and traditions. On the road for the past year, she’s currently enjoying la dolce vita in Italy. You can find her on her new Instagram account and on LinkedIn.

These are crucial times for our climate. While hybrid cars and solar energy are more common than ever before, the United States just loudly withdrew from the Paris Accord and a piece of Antarctica the size of Delaware recently broke off, drifting into the ocean. The world is changing, and those physical changes are shaping how we can travel across it. Here’s how Cam puts it:

“I started to realize that after living my life in a world of ‘firsts’—the first person to free climb the dawn wall, the first ski descent of Mount Everest, the first traverse of Patagonia’s Fitz-Roy massif—the next age may well be defined by lasts. Someone was the last person to dive on a fully living Great Barrier Reef. Someone will soon be the last person to reach the North Pole on foot. In 2015, the last person climbed the regular northwest face of Yosemite’s Half Dome—one of the most iconic and historic climbing routes in North America—before a massive rock fall changed the route forever. The more I obsessed about this, the more I thought about bucket lists. So I started to write one. But instead of places to see before I died, I filled it with all the places I wanted to see before they died, disappeared or changed forever.” 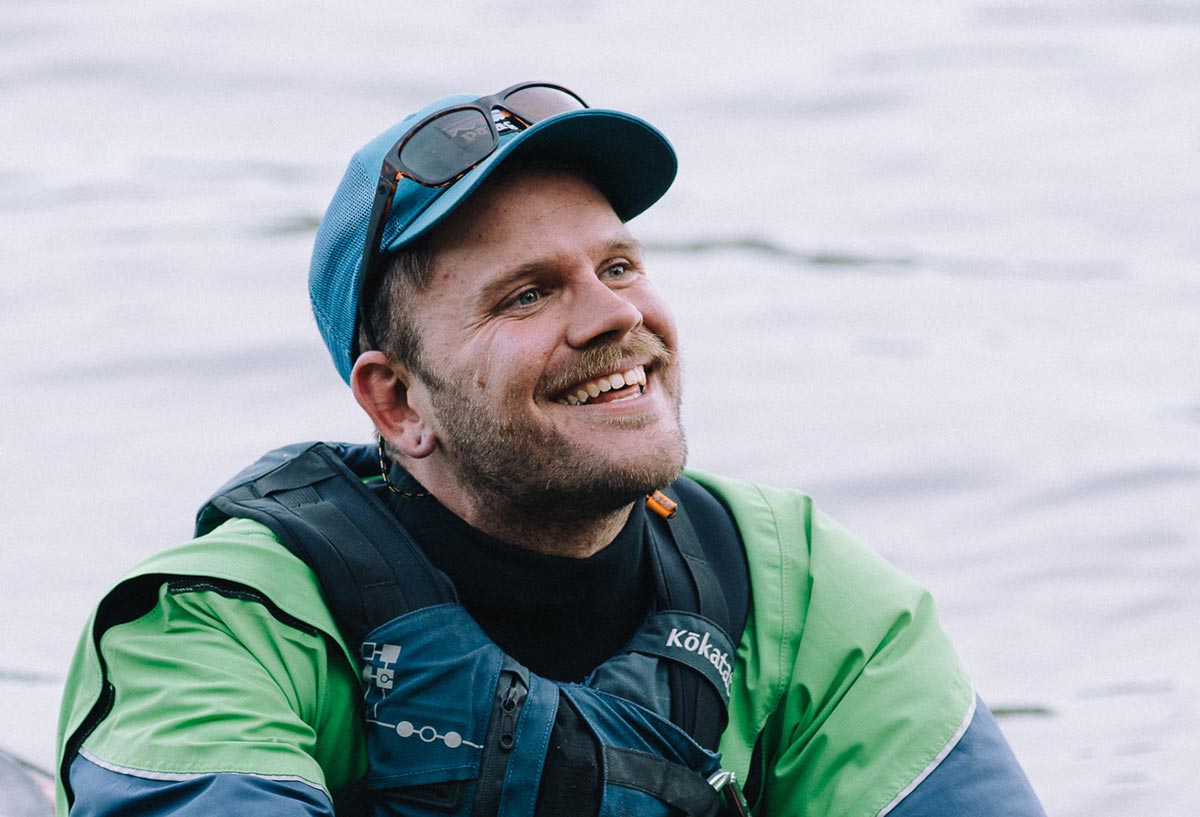 Cam was born and raised in Edmonton, Alberta, and spent most of his childhood winters on snow and summers road tripping and camping all across Canada. Since then, he’s travelled, lived and worked across Canada and around the world. His work and writing focuses on climate change, travel, adventure and how all of the above intersect. He currently lives in Vancouver, BC—or wherever his van is parked or tent is pitched. You can follow Cam on Twitter and on Instagram.

This Week in Travel News: A New Airline is Targeting #Millennials With #Hashtags and #Branding

CLOSED: Open Call for Travel Writers: You Could...