As you free your feet from the icy grasp of winter boots and look towards a post-pandemic life, you may feel itchier to travel like never before! Here’s Part 1 of traveller and Outpost contributor Carla Bragagnini’s micro-destination recommendations if you’re travel planning now.

As you free your feet from the icy grasp of winter boots, they may feel itchier to travel than ever before. And as we look towards a post-pandemic life on the horizon, hopefully they’ll be able to step onto a plane in the not-so-distant future. Here are a few destination suggestions from my own travels to get you geared up and ready to put your best foot forward!

A few years ago, I road-tripped in a van through Mexico, stopping at every Maya ruin, and delicious food stand along the way. I fell in love with the Yucatán Peninsula, which is known mostly for the party-hopping town of Cancún and its accessible airport, but it’s what I discovered south of there that was the most memorable. 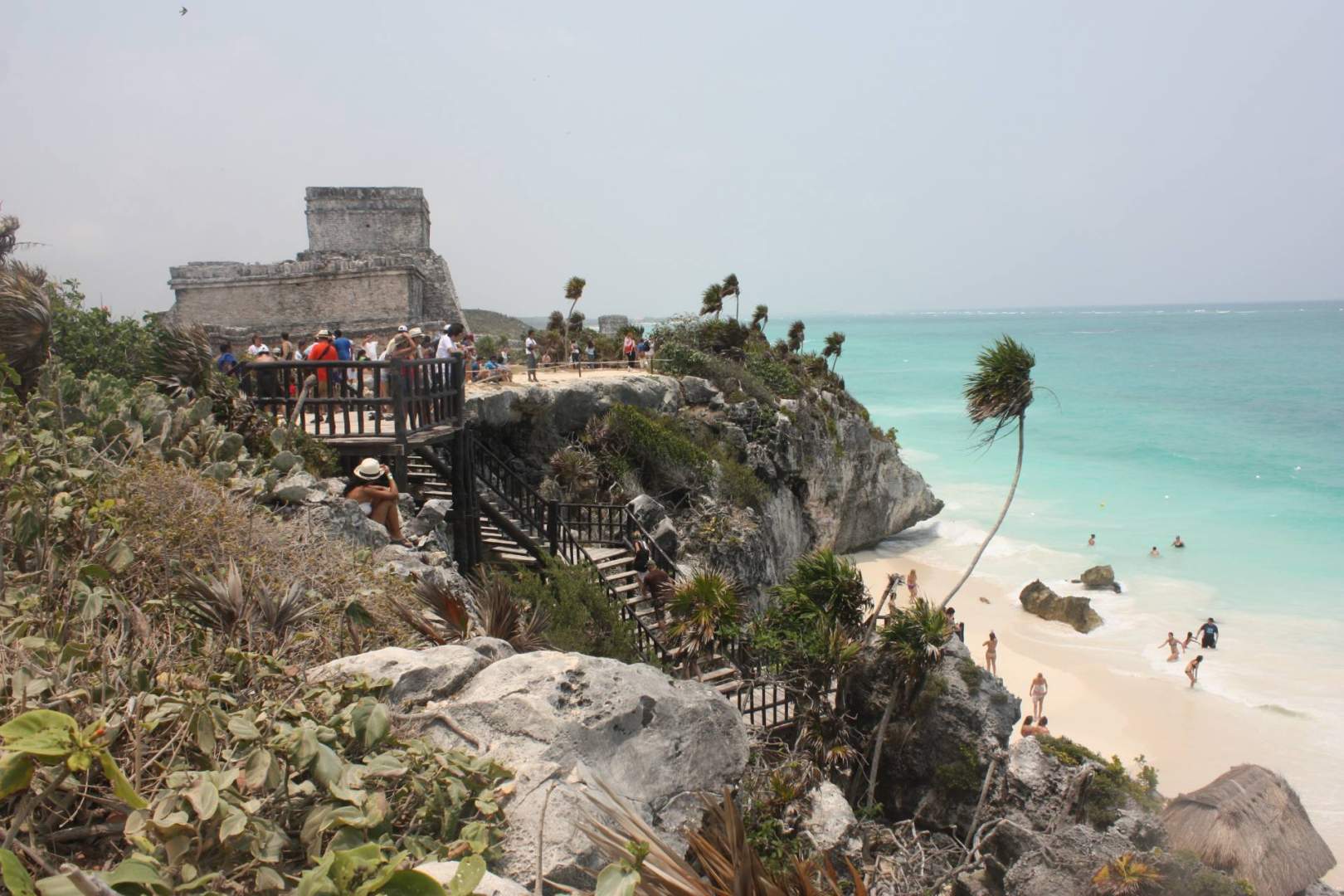 Tulum is like Cancún’s more mature, laidback relative, known more for its daytime energy than its wild nights. It boasts clifftop Maya ruins, overlooking aquamarine waters and white-sand beaches. The Mayas sure knew how to pick a picturesque spot! These nearly 1000-year-old fortifications served as a port in the trade of jade and turquoise.

Yucatán is also synonymous with cenotes, underwater cave systems that were sacred for the Mayas, who viewed them as access points to the underworld. 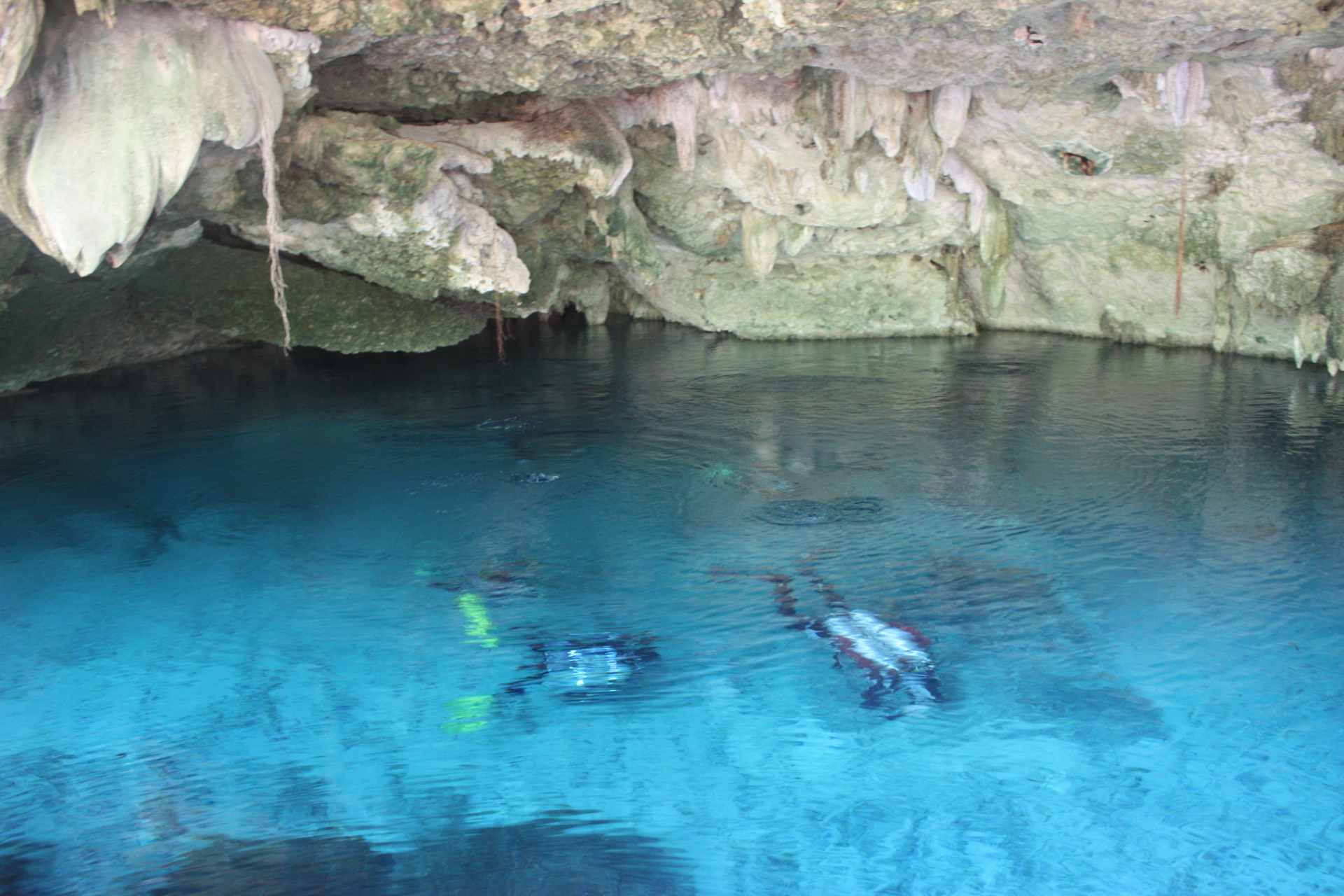 Near Tulum, you can explore Dos Ojos, Car Wash, and Gran Cenote (though the entire area is filled with them). Spend the day swimming or diving in these underground pools, as light flickers through natural skylights and stalactites hang overhead.

It’s also worthwhile to visit the neighbouring Sian Ka’an Biosphere Reserve on a boat trip. On my excursion, I was treated to shows by dolphins, sea turtles and pelicans, while getting to swim in serene, shallow Caribbean waters. 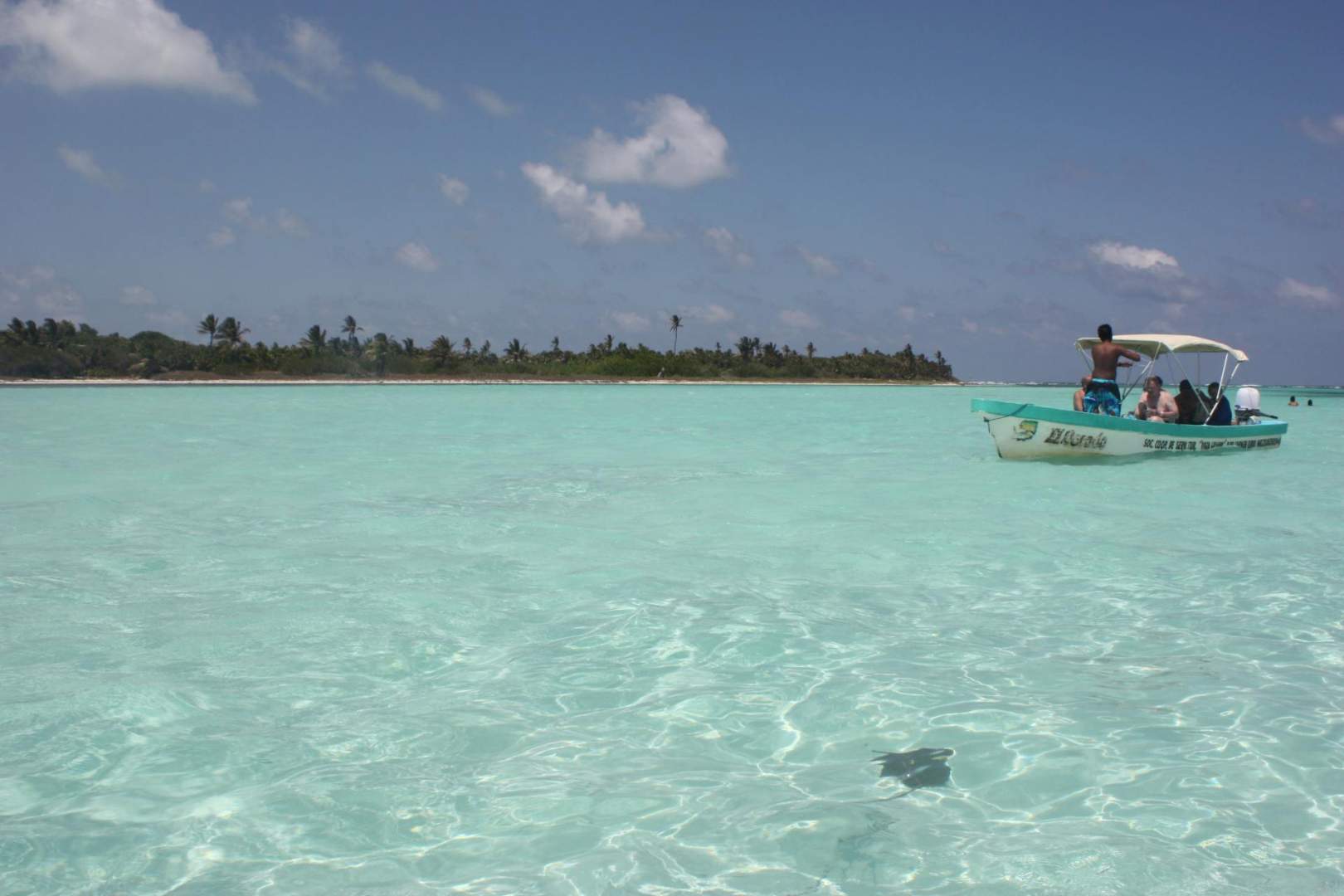 After a long day of exploration, you can indulge yourself in one of Tulum’s bungalow bars, beachfront restaurants, or yoga studios — and still go to bed at a reasonable hour. 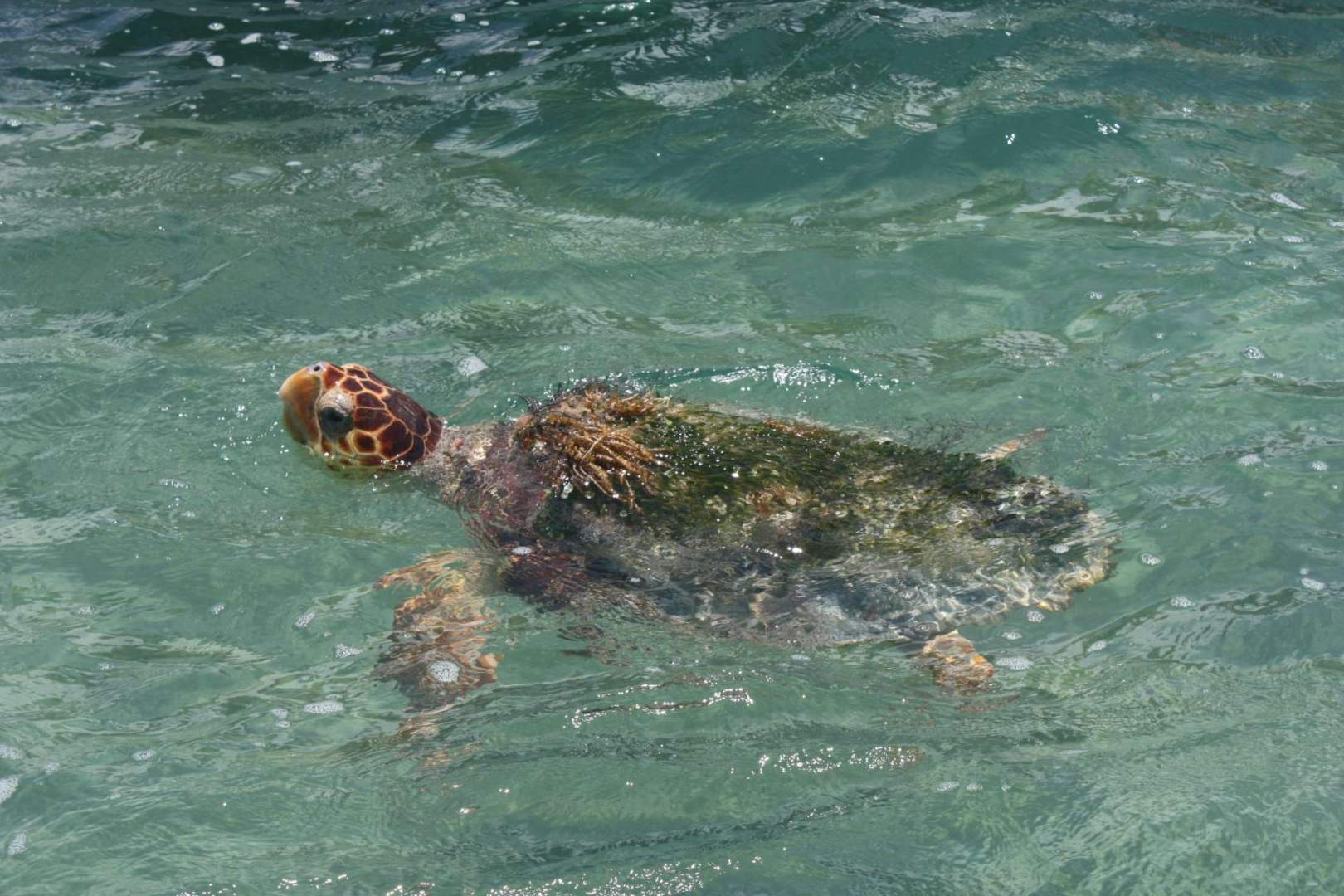 Getting to see spectacular wildlife at Sian Ka’an.

Even in a post-pandemic world, Utah will still be the perfect place to escape the crowds. On my trip there, I flew directly to Las Vegas, rented a car, and wasted no time in hitting the open road.

On the way to Utah, you can make stops at bucket-list spots like the Hoover Dam in Nevada and the Grand Canyon in Arizona, but I suggest keeping your foot on the pedal to reach off-the-beaten path adventures. I hands-down recommend visiting Zion National Park, which hosts a landscape of sandstone cliffs in sunset hues, colliding with river basins and evergreen forests, while cradling emerald pools at various elevations. 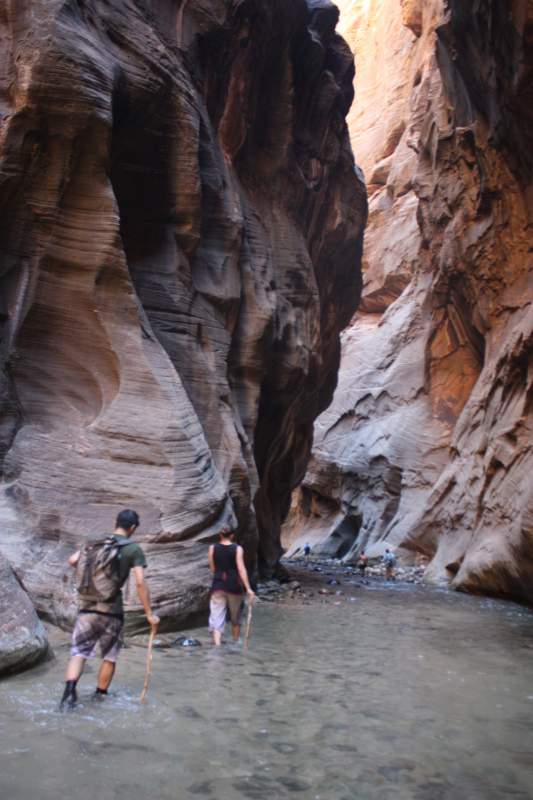 In Zion, I hiked The Narrows, which has you walking in the river for kilometres at a time (and going waist-deep at some points!), as you follow the path through the vertical gorge walls. Bryce Canyon was another highlight of the road trip, with its natural amphitheatres filled with hundreds of otherworldly orange hoodoos, enchanting spires that formed over the course of millions of years of erosion. The immense time span that molded the intricacies of this scenery is sure to put things into perspective (if this past year hasn’t done so already). 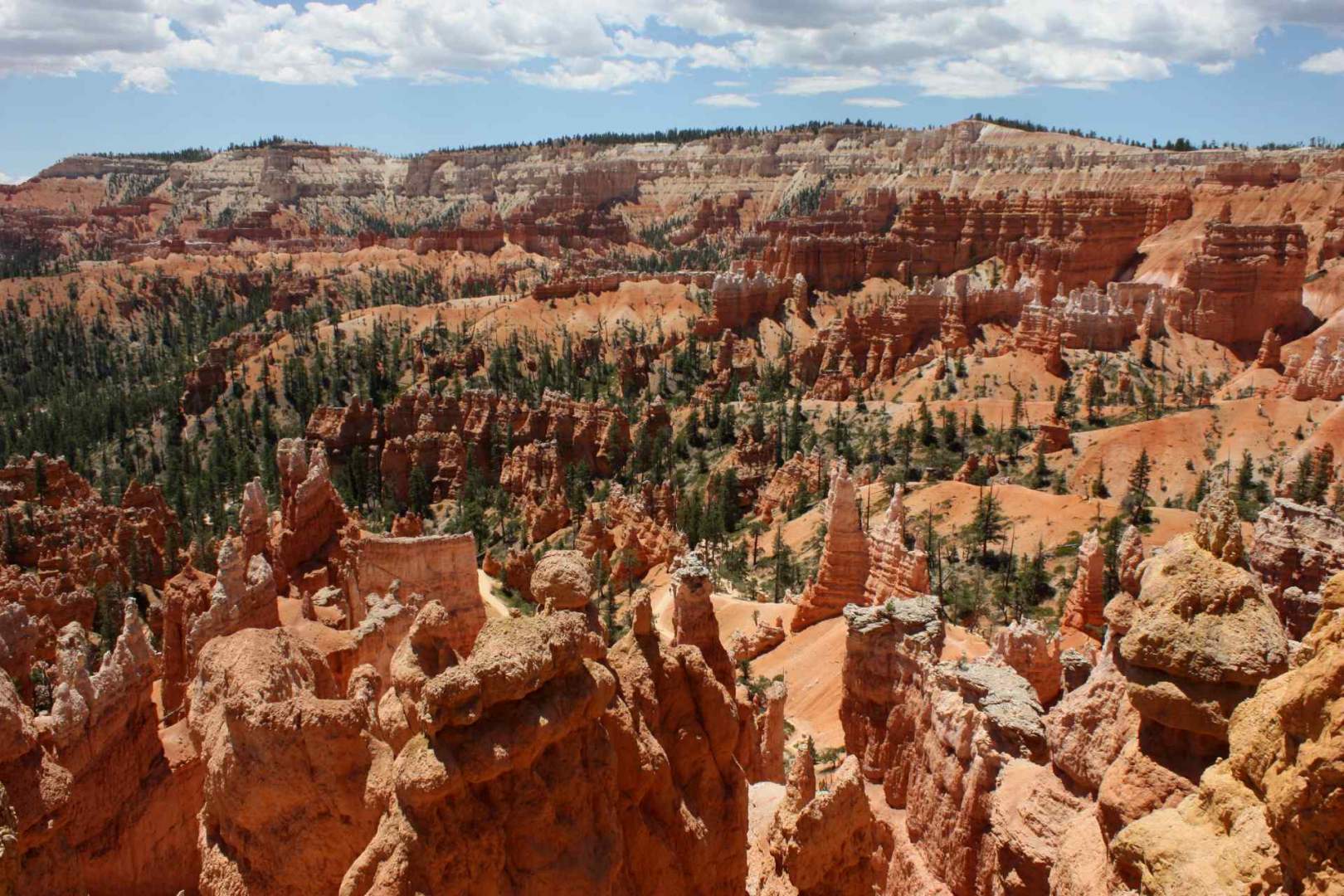 “The Mighty 5” parks in Utah are rounded out by Capitol Reef, Arches, and Canyonlands — all worthy of being added to an itinerary. Tack on a trip to Vegas on your way in or out of the airport, if you’re feeling lucky.

Cusco, the heart of the Inca Empire, and Machu Picchu, the iconic “Lost City of the Incas,” are on the map and for good reason. But it’s the spectacular area between them, the Sacred Valley, that often gets overlooked by travellers. 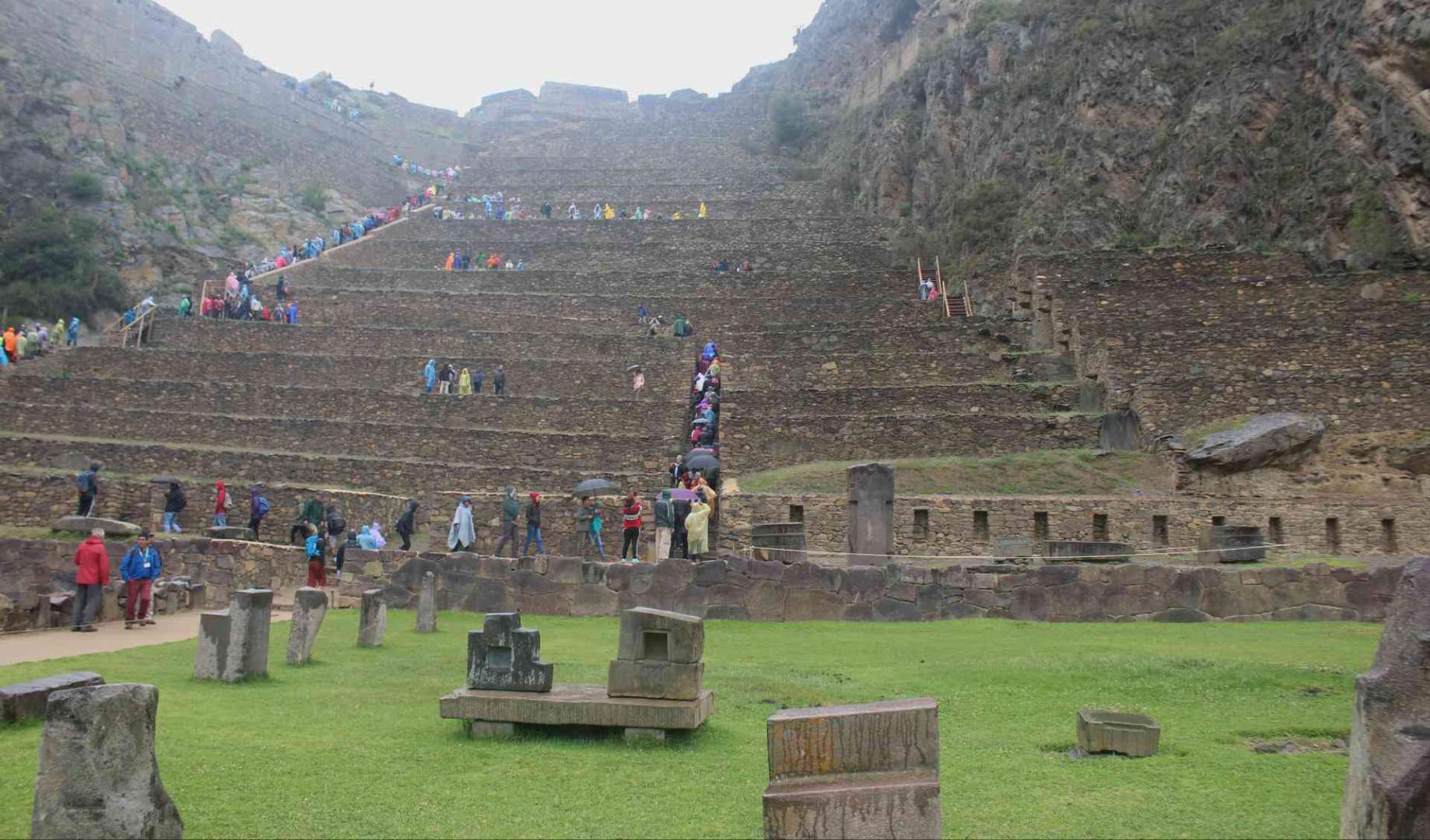 At the Ollantaytambo archeological site in the Sacred Valley of Peru.

The Sacred Valley is filled with ruins of Inca palaces and terraces that once made up noble estate lands. Ollantaytambo, for example, is considered a living Inca city — traditionally-dressed townsfolk still use the Inca-built foundations and water channels to this day. The city’s temple-fortress complex is topped with an astronomical observatory and looks out over extensive farmlands below. 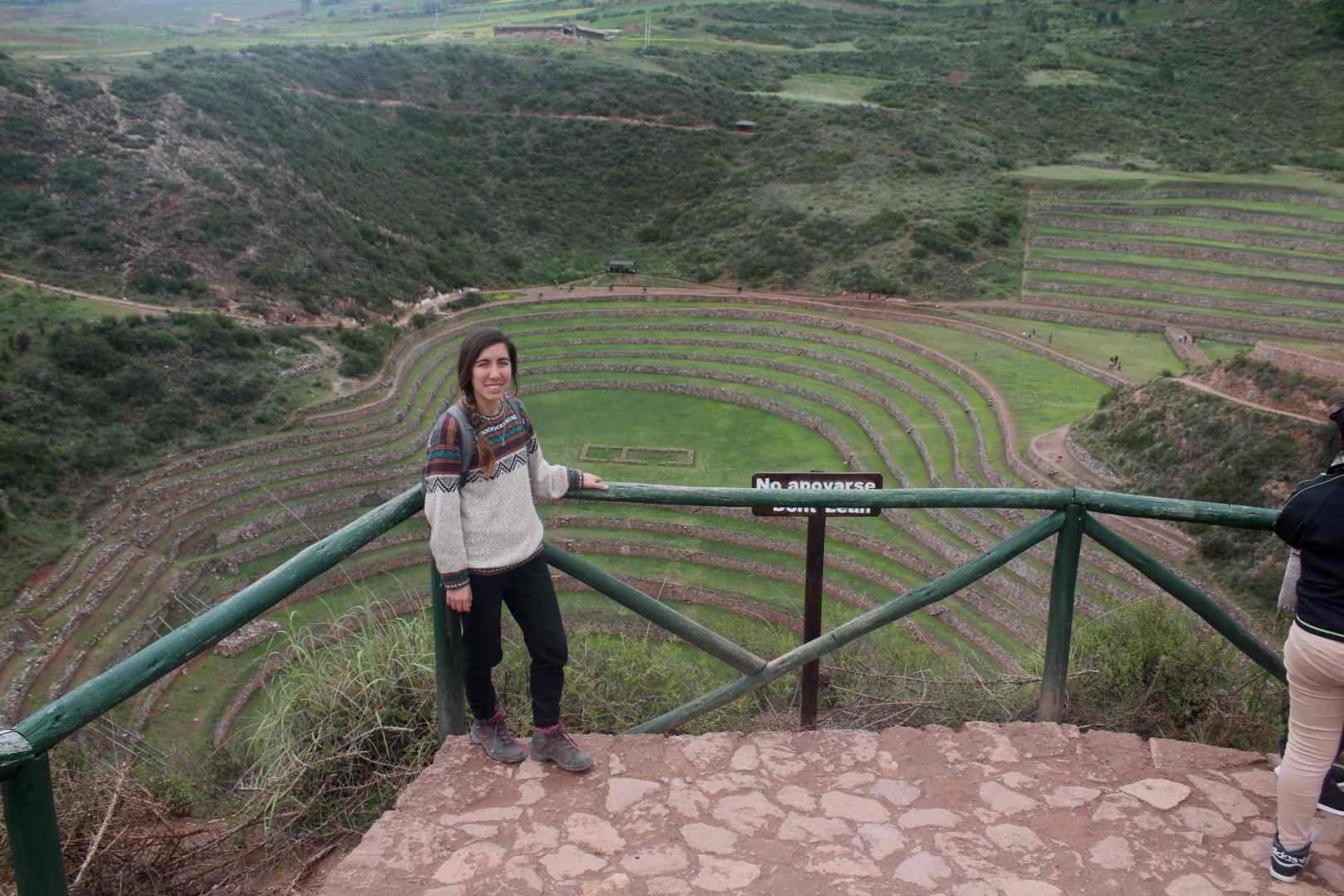 Carla at the Moray terraces, Peru.

An unforgettable moment for me was visiting Moray, an archaeological site made up of concentric circle terraces, which were built by the Incas and served as an agricultural research centre. Machu Picchu is remarkable, but the sites in the Sacred Valley really put the entire history of the Incas into context.

In addition, customs are kept alive and thriving in the area by farmers, shepherds, and weavers, who continue to embody tradition in their everyday lives. One of my most treasured memories, for instance, was learning natural textile dyeing techniques from the women of the village of Chinchero.

The Sacred Valley of Peru is a fantastic starting point for adventure sports — rafting, hiking, climbing, and cycling — allowing you to reach remote locations and villages. Consider basing yourself in the region for a more authentic and immersive experience that many tourists miss out on.

You’ll be hard-pressed to find pizza, pasta, or medieval cities here — the north of Italy is all about spätzle, sauerkraut, quaint Alpine villages, and beer replacing the obligatory glass of wine at lunch.

The province of Trentino-Alto Adige is home to the Dolomite Mountains, several groups of mountains that are playgrounds for outdoor enthusiasts. The Dolomites are ideal for all levels of thrillseekers, with endless options for hiking, skiing, rock climbing, and via ferrata. 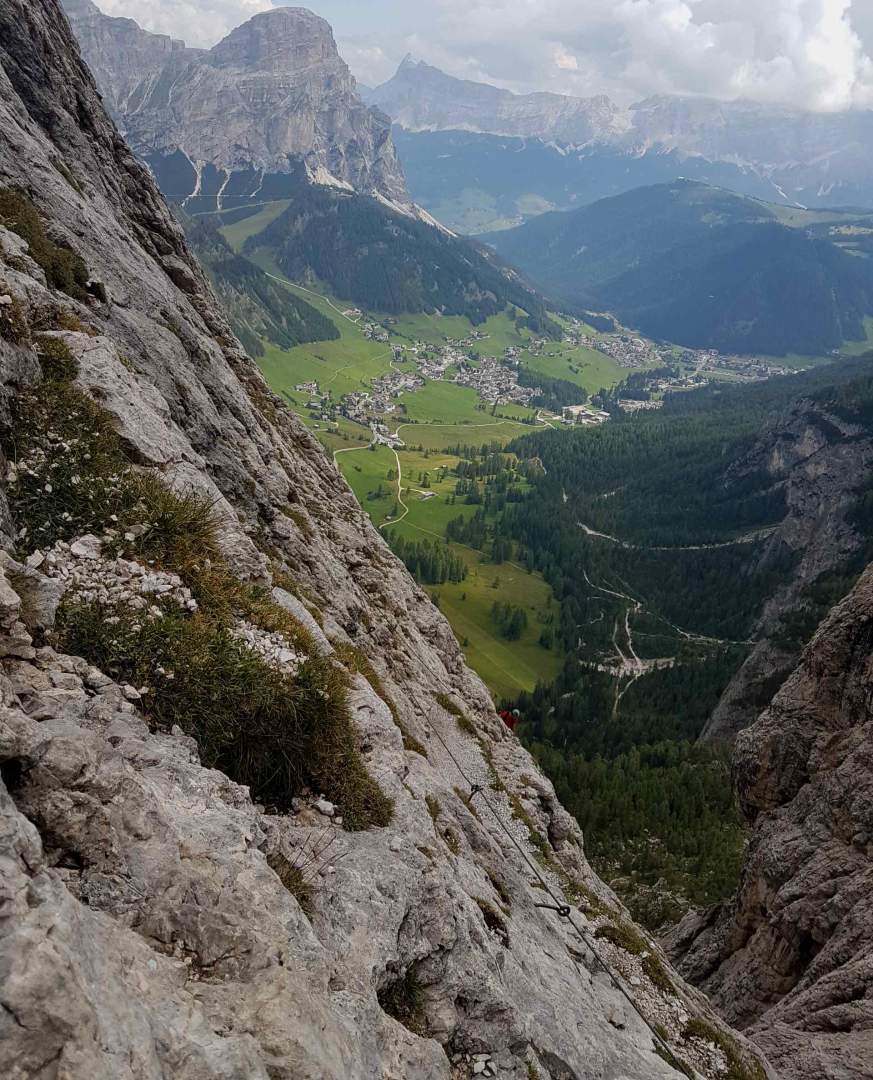 The Brigata Tridentina via ferrata in the Dolomite Mountains, Italy.

“Via ferrata,” or “iron ways,” characterize the region with their steel cable paths and bridges that were built during the First World War to help soldiers reach and establish bases on mountaintops. They can still be used today by adventurers chasing panoramic vistas and adrenaline rushes (no need to for an espresso shot up here!).

In Italy, I climbed the Brigata Tridentina, a via ferrata neighbouring one of the most beautiful passes in the Dolomites, the Passo Gardena. 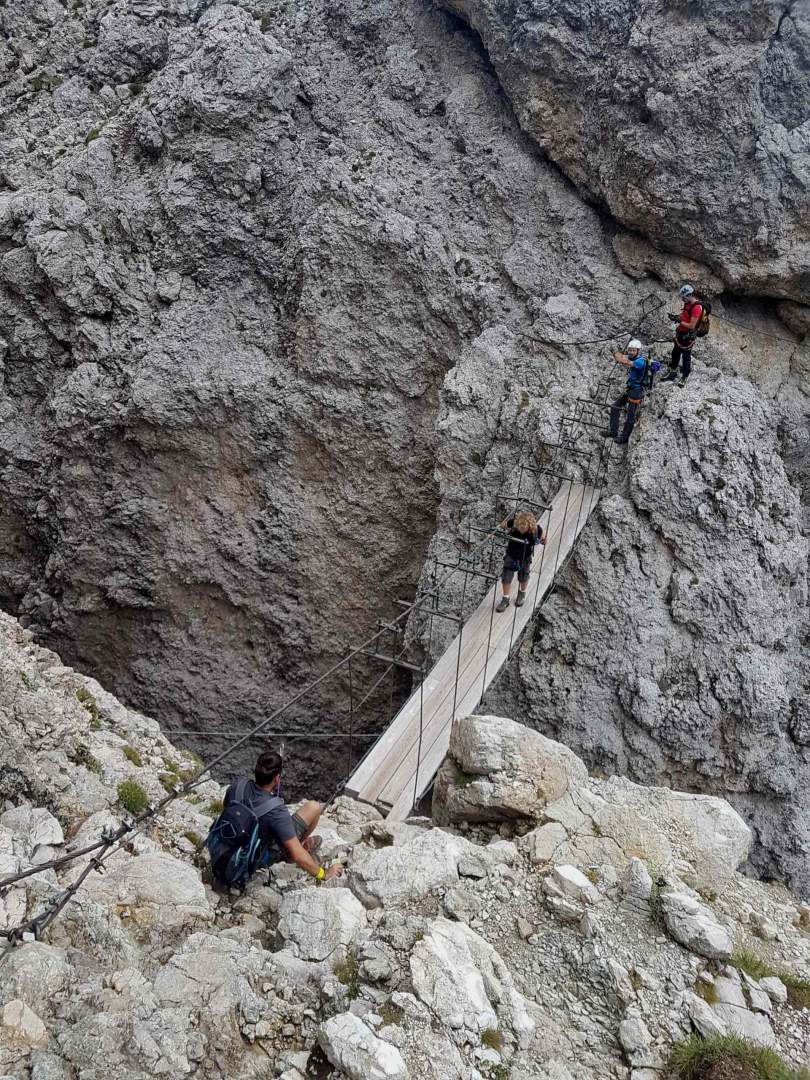 A bridge along the Brigata Tridentina via ferrata. 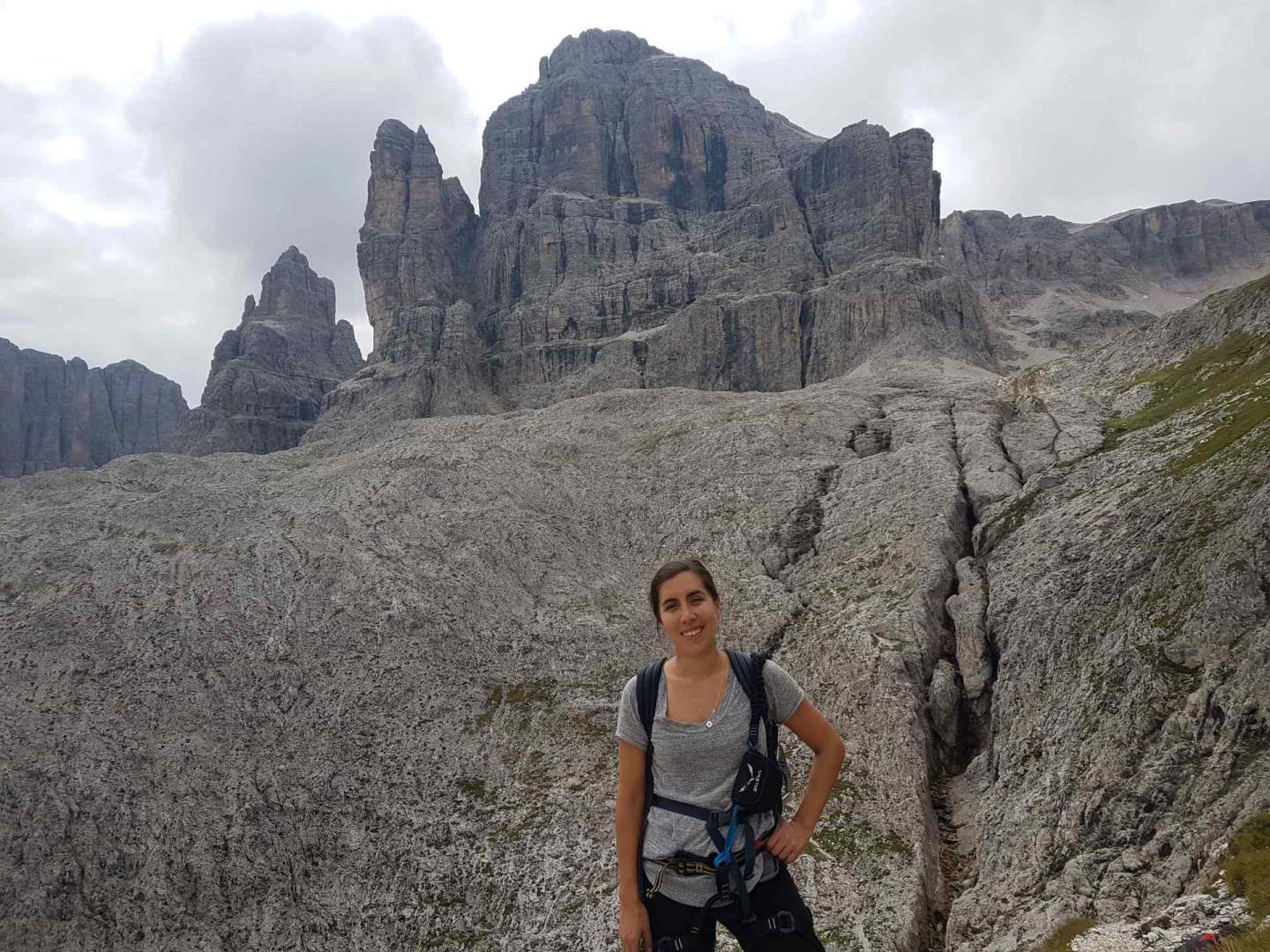 also recommend visiting Val de Funes, a breathtaking valley for hiking, especially in the fall. Another impressive path I hiked was going hut-to-hut in Val d’Ambiez. 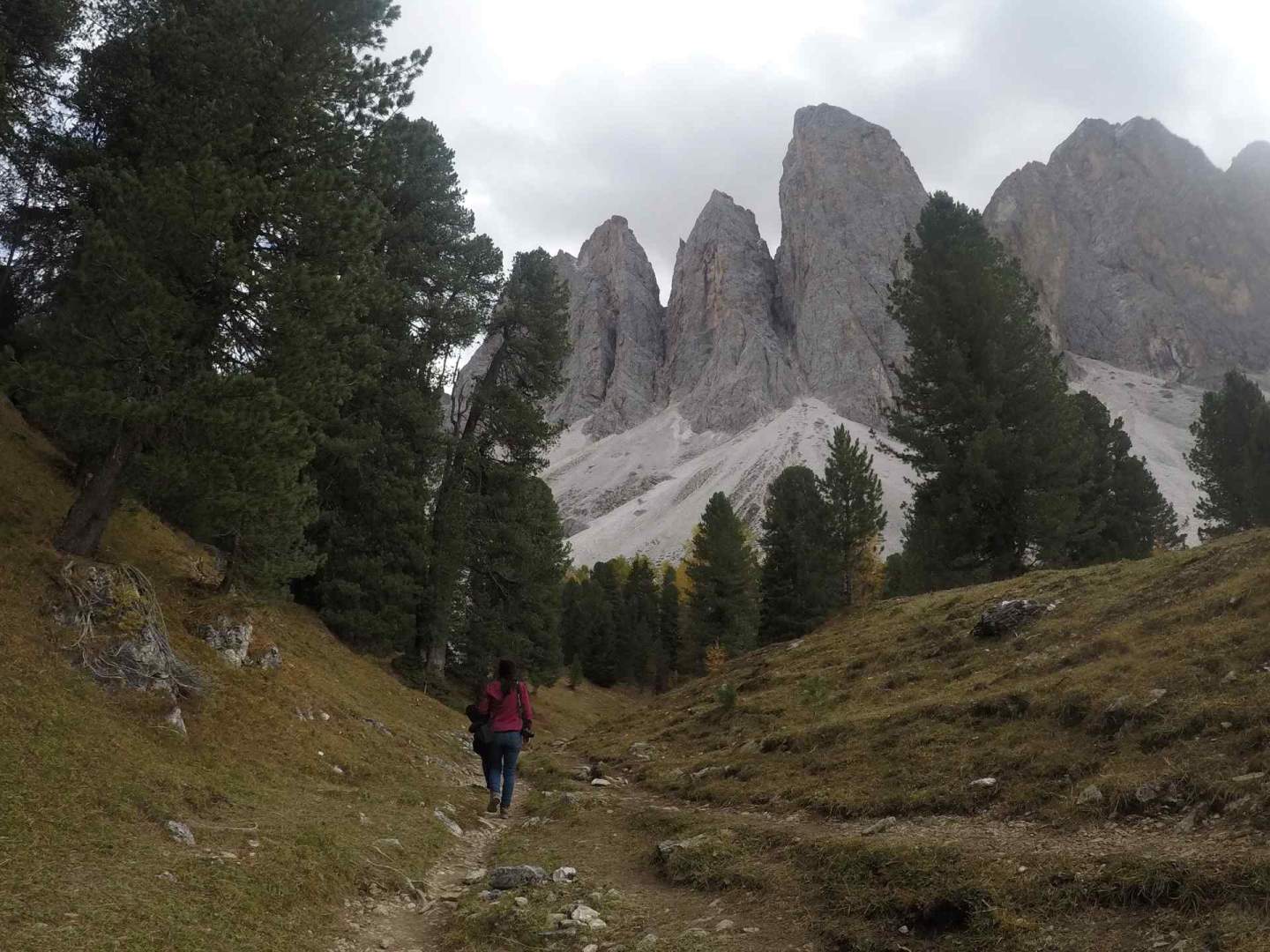 Hiking in the Val de Funes Valley of Italy.

A four-wheel-drive mountain taxi takes you on a bumpy ride up a mule track to the towering starting point (just the transportation itself is an adventure!). Other renowned hikes include: the Tre Cime di Lavaredo Loop, Lago di Braies, and the Seceda Ridgeline, just to name a few.

Iceland didn’t get its nickname, “The Land of Fire and Ice,” for nothing — we’re talking a volcanic and glacial terrain that feels almost inhospitable at times (which makes the 350,000 people living there superhuman, in my eyes). The sheer force of the elements makes the dramatic and raw landscapes feel alive. If you are an extreme nature lover, Iceland is for you! 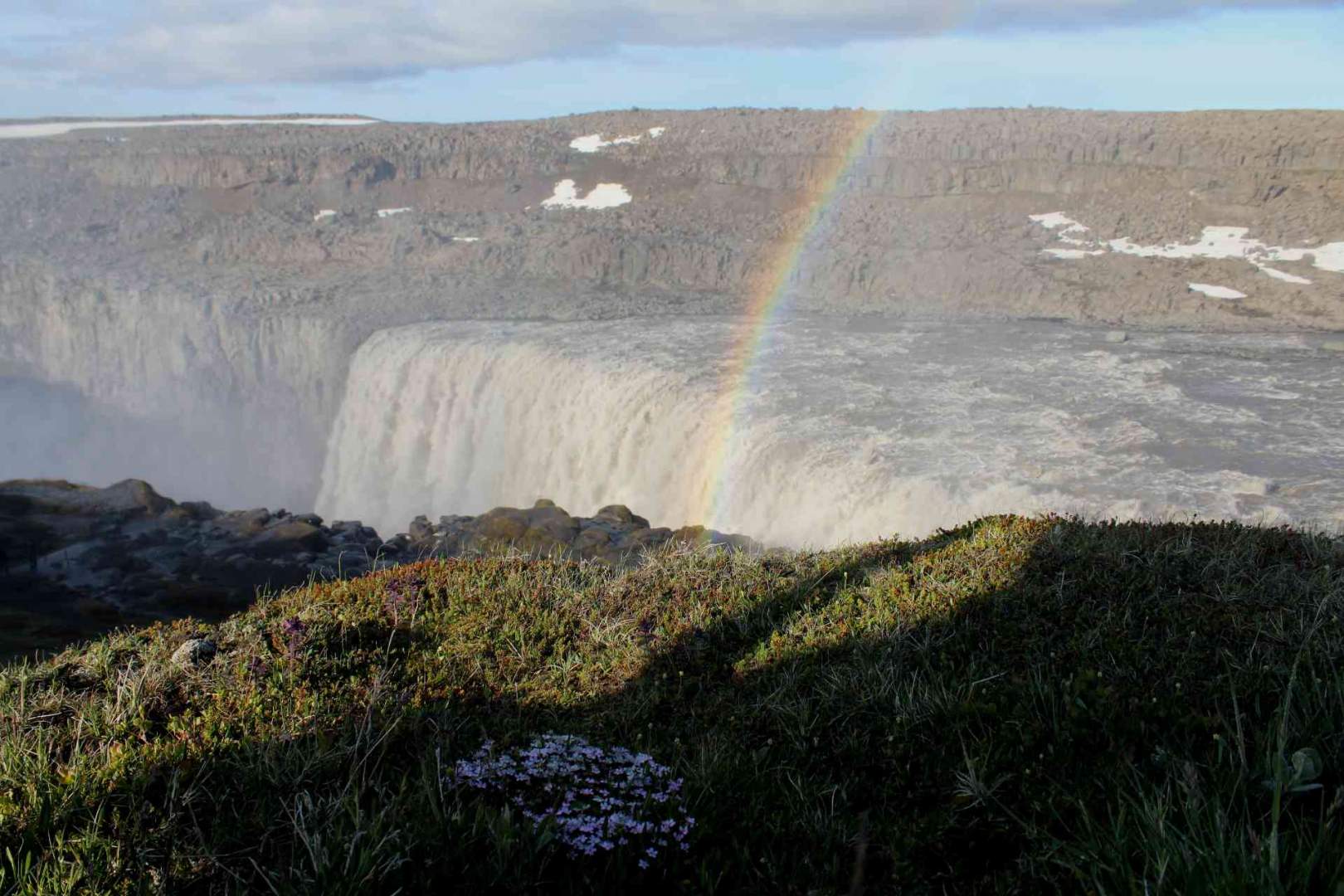 The waterfalls and geysers of Iceland’s southern Golden Circle sightseeing route lures most travellers making the stopover on the way to and from Europe. While this itinerary is notable, I also recommend the lesser-trafficked Diamond Circle loop in the north. The volcanic lake of Mývatn will be recognized among Game of Throne fans, as it was used for filming in season three. 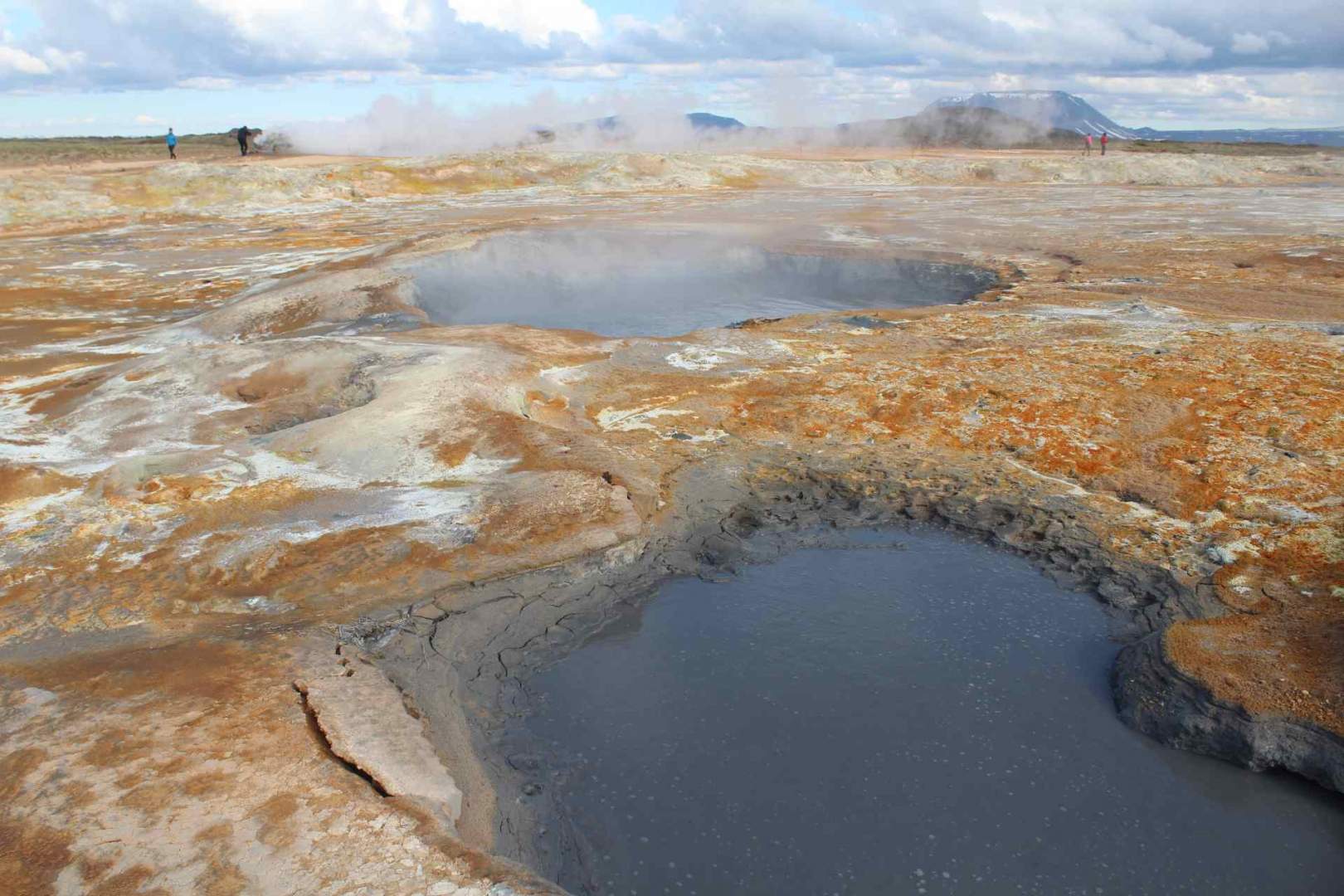 The geothermal area of Hverir.

Nearby, you’ll find the colourful and active (i.e., hot!) Hverir geothermal area and the Dettifoss waterfall, which is one of the most powerful waterfalls in Europe. Make sure to stop at the Ásbyrgi Canyon, a glacial canyon that in Icelandic folklore is said to be the capital of the “hidden people,” or elves. 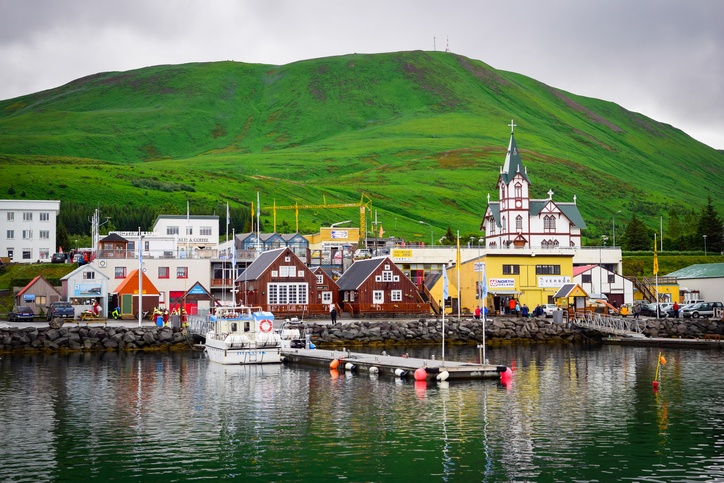 The charming fishing town of Húsavík is also an incredible spot for whale-watching tours. After several failed attempts trying to spot the elusive puffin and almost settling with a souvenir stuffed animal from a tourist shop, Húsavík finally allowed me to see a colony of them in the wild, flying from cliffs and hunting for fish in the waters below. It was a magical moment. But then again, most moments in Iceland are. ♦