Tradition and modern funk describe Tokyo’s cocktail scene, where drinks can be made with laser precision.

Tradition and modernity exist simultaneously in the Tokyo cocktail scene, shaking up different taste sensations in separate parts of the city. Japan imported cocktail culture from the West, studied it, perfected it, and filtered it through centuries of tradition to create something new. But this is a movement in transition, and in Tokyo, you can explore the best of both worlds.

“Tradition” is represented by the venerable cocktail bars of Ginza, like Star Bar and High Five. These are formal places, where silent corners with deep, padded seating host businessmen carrying on serious conversations. When you order a classic cocktail in Ginza — and it will undoubtedly be a classic — you can be sure you will receive a perfectly balanced gimlet, Manhattan or martini. 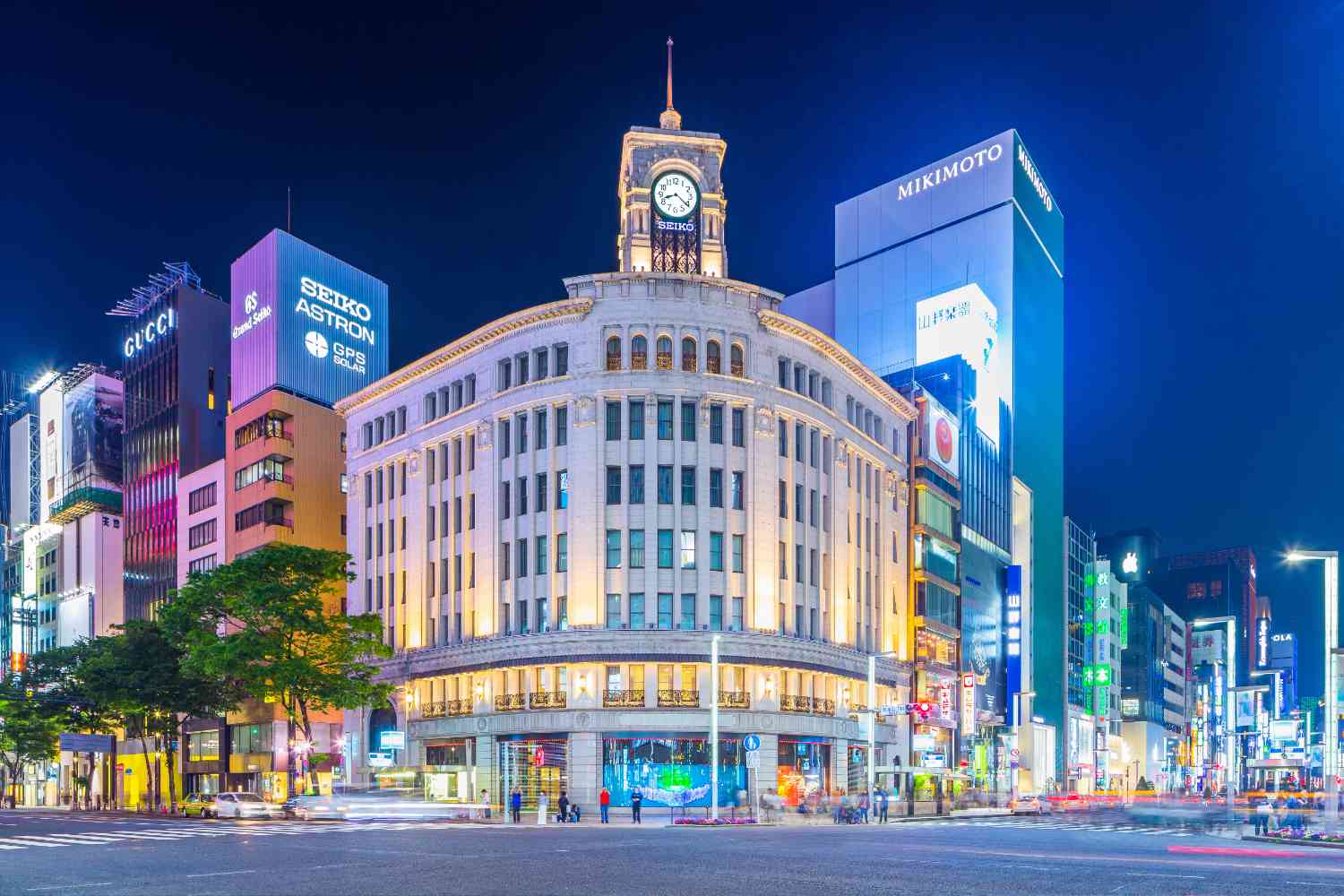 The person preparing your drink will have served the same sort of brutal apprenticeship undertaken by top sushi chefs: years spent behind the counter learning to carve ice, and mastering the use of shaker, stirring spoon and peeler, long before they’re given a chance to mix a customer’s cocktail.

Expect your drink to be prepared with laser focus, one at a time, and served in glassware chosen to accentuate its taste and presentation.

The bar will be free of clutter, just like your mind, as that ice-cold cocktail cuts through any mental confusion with the cold knife of clarity. Cocktail historian David Wondrich described this focus on perfect execution as “a time-capsule of 1930s international bartending.” But Japan is also known for mastering foreign cultural practices and creating something new.

While Ginza purists may not approve, several cocktail upstarts are busy shaking up spirits from around the world to create unique flavours served with Japanese aesthetics. Given the geography and symbolism of Tokyo, it’s fitting that one of the most exciting experiments is taking place in a tiny 9th-floor bar in Shinjuku, the brash entrepreneurial upstart to Ginza’s upper class. 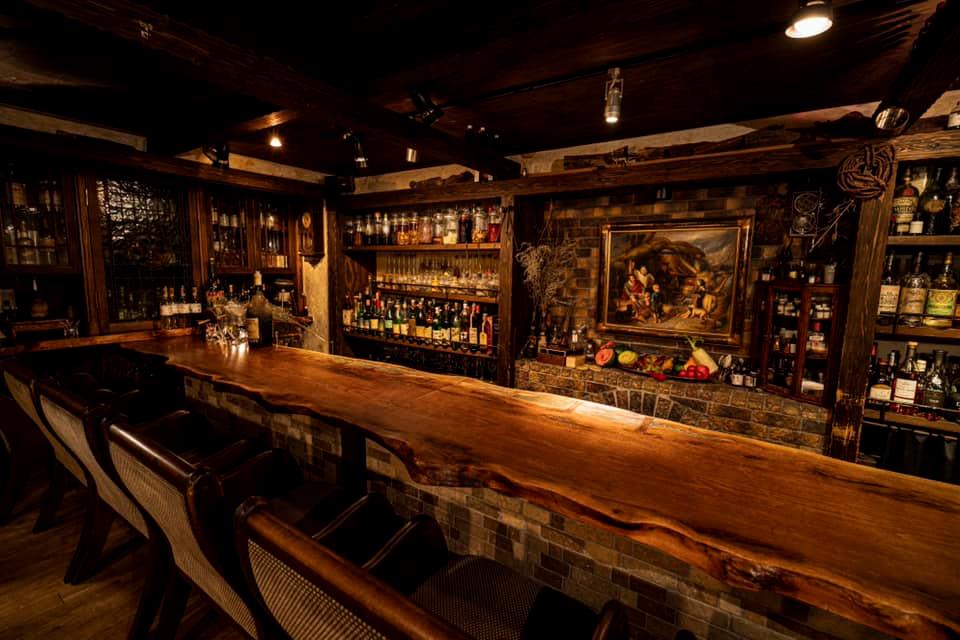 Hiroyasu Kayama’s Bar Ben Fiddich isn’t an easy place to find. I’ve been there many times, and I still miss the narrow unmarked entrance to this nondescript high-rise on a minor street. I’ve been beset by doubt in the narrow elevator, too, and on the bare landing. But that heavy wooden door is unmistakable. The candlelit room is panelled in dark wood, and dominated by a broad wooden counter. There are only seats for 16 customers, and you can be sure every one of them will be following the bartender with the rapt attention of an audience watching a conjurer.

The setting looks more like a medieval apothecary than the glittering Ginza haunts across town. Bundles of dried herbs compete for space with mysterious jars of homemade bitters, where specimens lurk in pickled gloom. 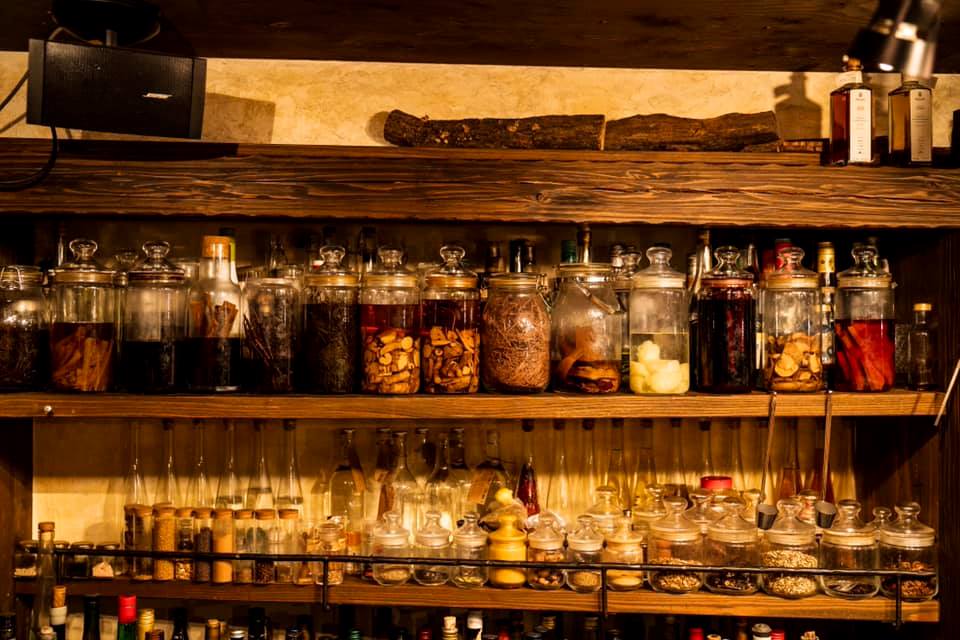 The spices and “secret” ingredients for cocktails at Ben Fiddich.

I take my seat at the counter as the woman next to me is presented with a cocktail that combines koji, egg white, matcha powder, sweet white bean paste, and sake, served in a glazed ceramic tea cup.

“Gin? Whiskey? Absinthe?” Kayama says, turning to me. There are no menus. Each creation begins with the customer’s base of choice.

Kayama learned his craft working in hotels from age 20, and then serving as head bartender at Amber in Nishi-Azabu for six years. He opened Ben Fiddich in 2013 so he could create something new. A longstanding fascination with traditional elixirs led him to French manuscripts that described the use of herbal liquors, and ingredients like wormwood, anise and fennel.

Egumi describes something closer to astringent — a taste associated with lye. It gives a puckering dry-mouth feel. Cooks try to remove egumi from bamboo shoots, spinach and mountain vegetables by precooking. Kayama was talking about the medicinal bitterness I associate with digestifs.

“I’d like to teach Japanese people about these wonderful bitter flavours,” he said. 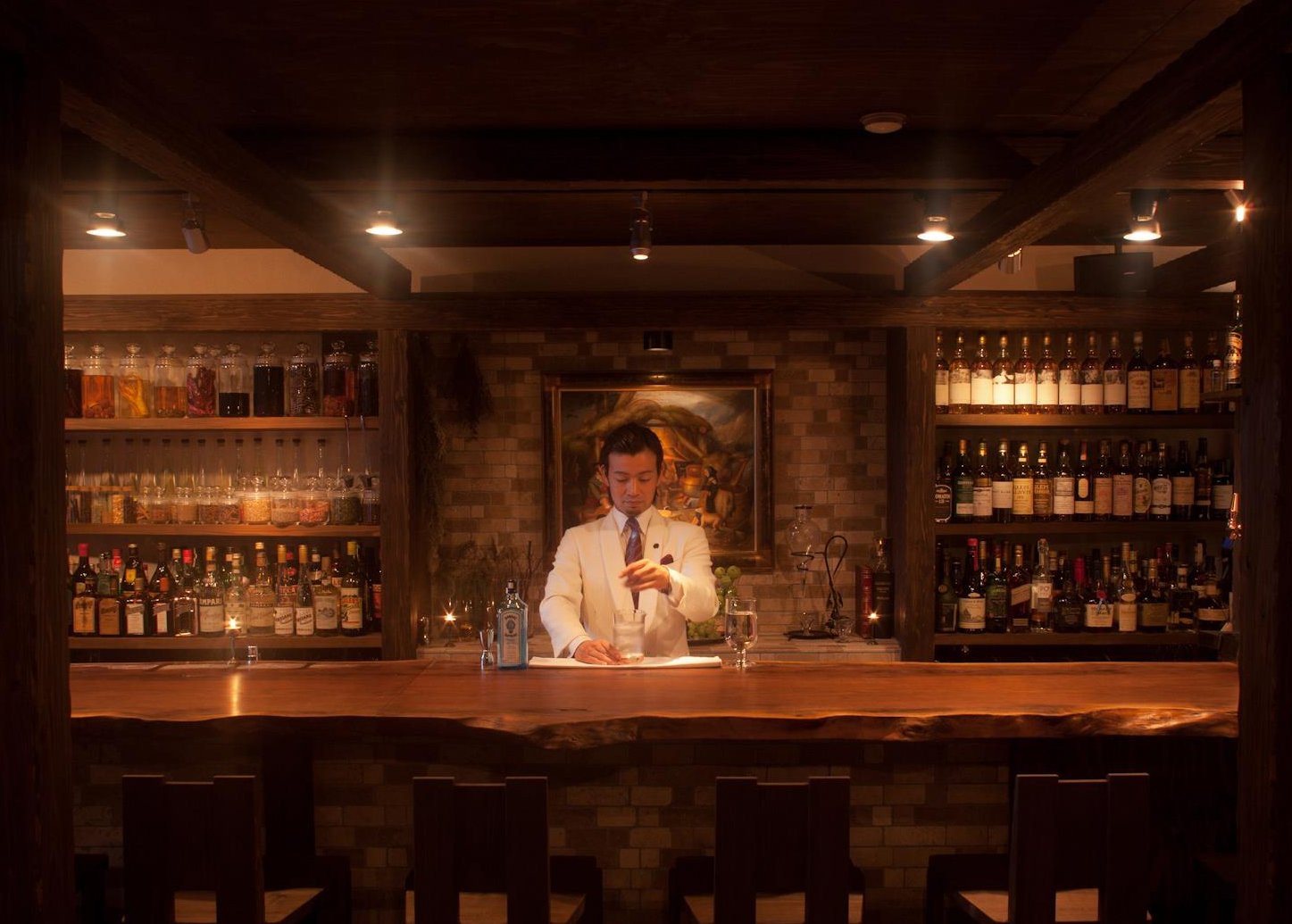 This botanical obsession led him to grow his own herbs and fruits at his family’s farm in Saitama, drying some, using others fresh, and blending them with a range of spirits sourced from around the world. He’s even begun making his own honey.

But don’t let his flair for experimentation mislead you. Kayama is deeply versed in the classics. In fact, the legendary Munich bartender Charles Schumann was his first inspiration.

“I was 20 years old when I started,” he said. “There was little information about overseas in Japan 16 years ago.” He stopped by a bookstore to gather information and found a copy of Schumann’s Bar. “When I read Schumann’s book, I felt that the world was wide.”

He entered the Japan Bartenders’ Association cocktail competition every year as he began to hone his craft. Now, 16 years later, you’ll find a 1st edition copy of the Savoy Cocktail Book on a shelf behind his bar, alongside old European manuscripts.

We discussed that venerable classic on my first visit in 2016. Kayama handed me his copy and told me to pick any drink from it at random, and then used my selection as the inspiration to create something new. 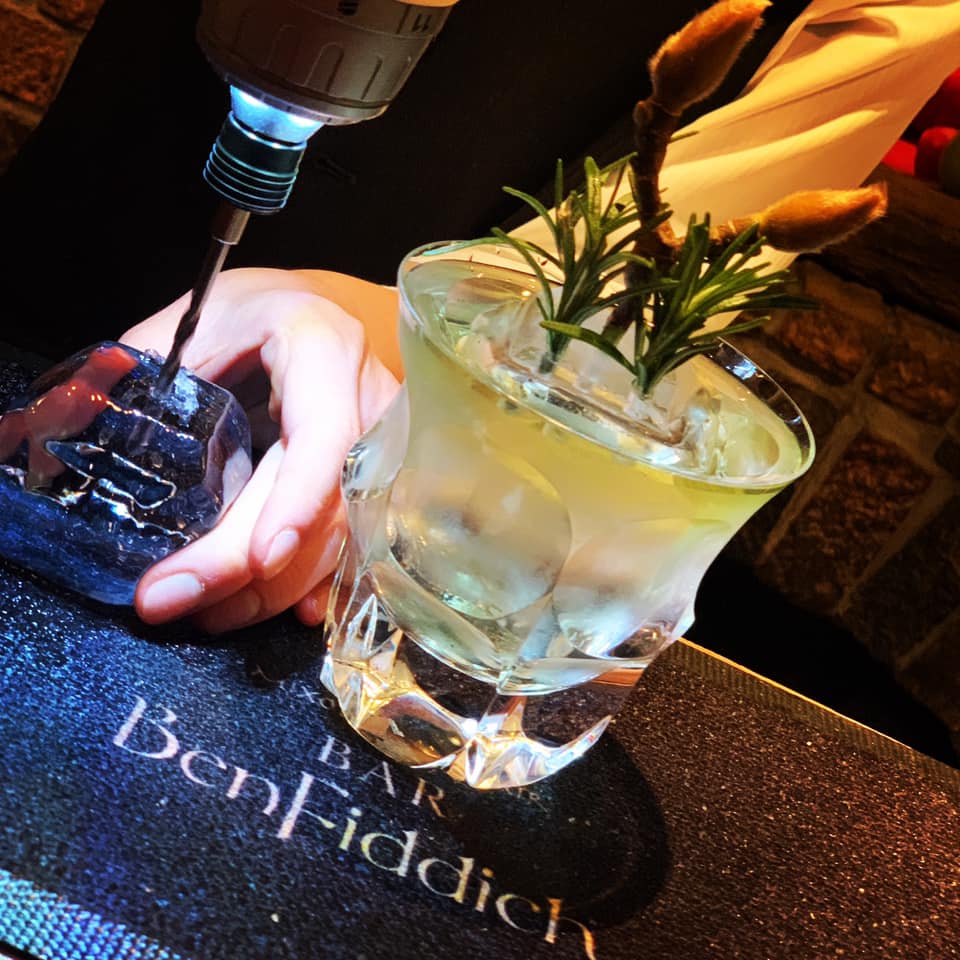 My first cocktail of the evening was a magical infusion of forest scents, dry and slightly bitter at first, it mellowed and changed as I sipped it. We met somewhere in the middle, and we were both transformed in the process.

I’ve heard the Japanese approach to bartending described as something akin to the 16th century tea ceremony, but such comparisons only capture surface similarities: precise movement, use of the best seasonal ingredients, and a specific tool for every task.

“What people call Japanese technique is really about posture and stance,” Kayama said. “Connecting points of movement smoothly through centres and axes.” He shrugged. “It’s the same for judo, kendo, flower arranging, dance…”

You won’t see showboating or bottle flipping here. Patrons focus on the careful creation of each drink, and on savouring the smells and flavours as they take that first sip. Enjoying a cocktail at Ben Fiddich brings a deep sense of calm. 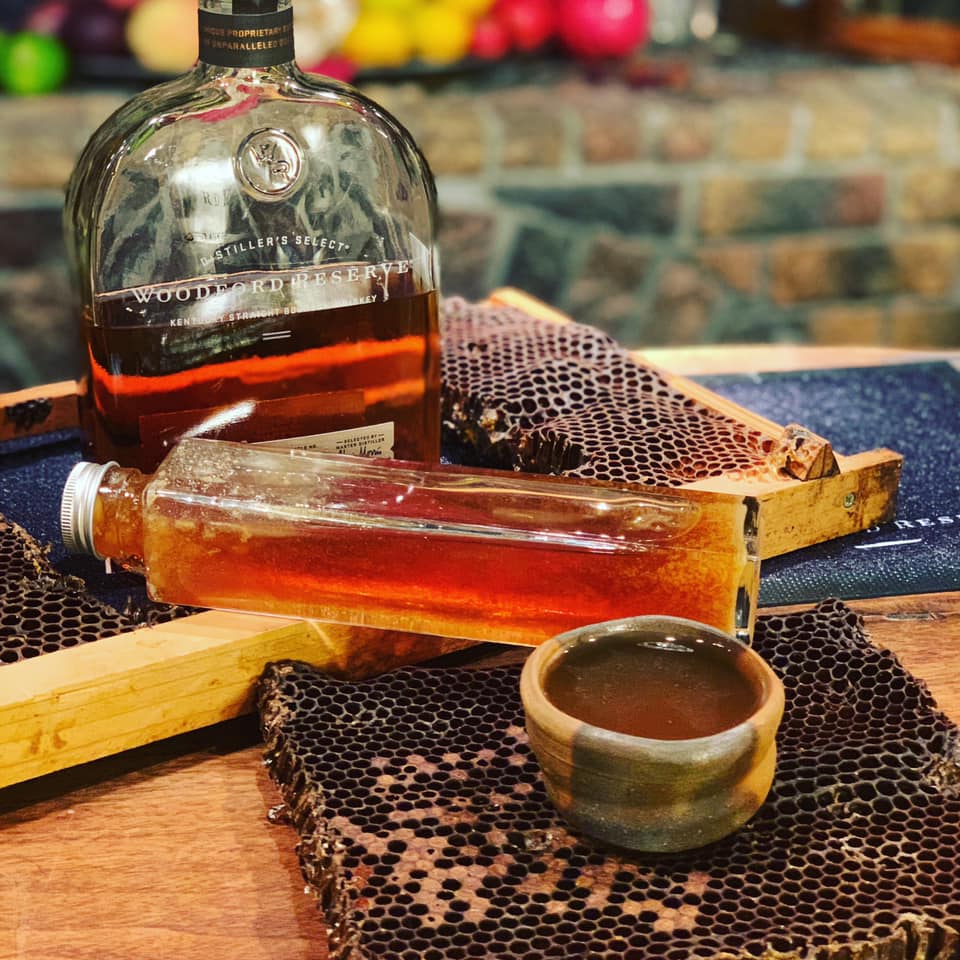 Kayama agrees. “I attach great importance to the process of making a cocktail. My bar is very small. Only 16 seats. But I think this is the limit of seats to make the best cocktails with only one master.”

Expanding to a wider bar would mean changing the focus to efficiency rather than craft. “I don’t care about efficiency,” he said. “We are aiming for the best drink for that person. So my bar is small.”

I knew from our previous conversations that Kayama is obsessed with tracking down forgotten bottles of vintage spirits from dusty cellars all over the world, and so I asked him to make me a cocktail with a taste of the past. A new bottle had arrived that day, and he brought it up from behind the counter to unwrap it.

“1930 cognac,” he said, wiping the top and carefully extracting the cork.

The entire bar stopped to watch as he poured a small measure into a glass, sniffed and tasted. And when the moment had passed, he built me a drink with a Remy Martin cognac from 1930, and a martini red vermouth from 1950, served in a handcrafted vintage glass. That is part of Kayama’s message, too: studying the history of these drinks, how and why they were made, and the culture associated with them. Only then can you truly appreciate the magic that happens when two or three simple ingredients are blended and balanced by a master.

Oh, and in case you’re wondering, that 1930 cognac was incredibly smooth. ♦