The River Ganges was born as the Hindu goddess Ganga, when Lord Vishnu punctured a hole in the universe with his left toe, releasing a flow of mystical water into our world. She would later spend 1,000 years slowly spilling down from the heavens onto Earth, starting from the Himalayan mountains and flowing across India, where its people cleansed themselves in her waters.

Still today, she is considered a crossing point between heaven and Earth, where Hindus bathe themselves, perform death rituals and drink her water to purify themselves.

That’s one story, anyway. In another version, she is the daughter of Himavat and Mena, the gods of the Himalayas; her marriage to a famous Kuru king was broken off when she accidentally drowns their child—or tries to drown him and is stopped, according to a different version still.

And then, of course, there is an entirely different history of the River Ganges—the one in which she was never a goddess, but simply runoff from melting ice that began 75 million years ago. While the supercontinent Gondwana began drifting apart over the course of 50 million years (which was comprised of present-day South America, Africa, Australia, Antarctica, the Arabian Peninsula and India), the Indian tectonic plate slowly crashed into the Eurasian plate, erecting the mighty Himalayas. 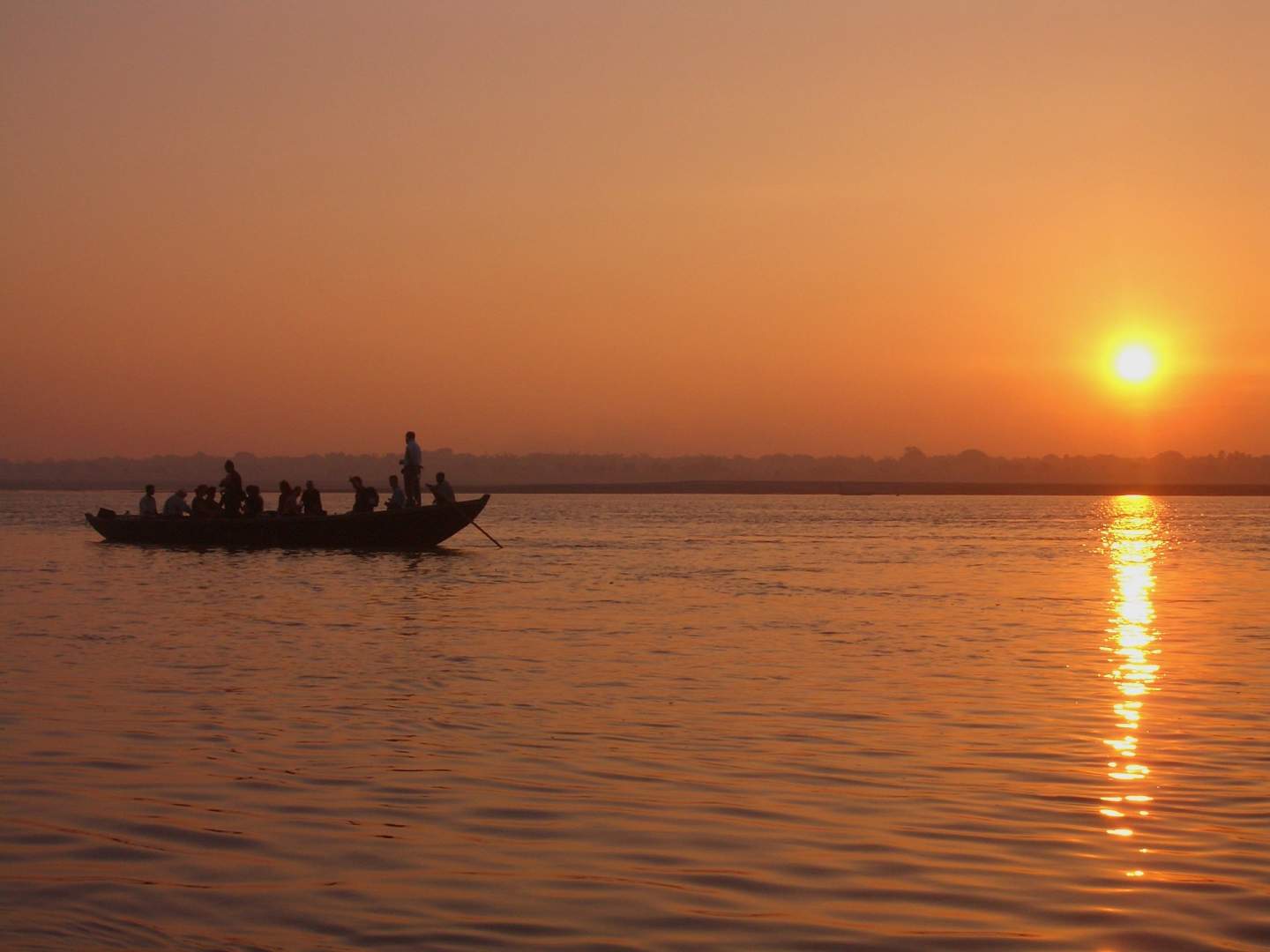 This photo and above: the River Ganges (Credit: Kreactiva/Pixabay)

The subsequent drainage ebbed south to form the Indo-Gangetic Plain, a fecund stretch of land cutting across the Indian subcontinent. This is where South Asian culture was born, as far back as 3300 BCE, where the Harappan civilization would create a society that would later give way to the formative Maurya and Mughal empires. Those emperors would revere the river greatly, building the foundation of modern India in the Ganges basin.

But that story, too, is incomplete. The other version of the Ganges’ story is the one you could theoretically see for yourself, trekking deep in the Himalayas, five miles south of Tibet, in an ice cave called Gomukh. This cave feeds the Bhagirathi River, which, once passing through the town of Devprayag (roughly 300 kilometres south of Gangotri), joins the River Alaknanda and creates the Ganges proper. All told, the river drains one-fourth of India, and inarguably sustains life for hundreds of millions of people.

This past spring, a high court in Uttarakhand—the state in which Gangotri, Devprayag and dozens of other holy Hindu sites exist—declared the Ganges a legal person. It was a landmark decision that put nature on the same legal field as corporations, granting it lawful status as a living person with rights and liabilities.

It’s a great achievement, but it also feels a little strange. After all, the River Ganges isn’t a person. It isn’t really a river, either. Nor is it a goddess. It’s all of the above. ♦

Are the Glaciers that Feed Asia’s Rivers Disappearing? Jeff Fuchs Hits the Trail to Find Out