Canada is the second-largest country in the world by landmass, with  stunning landscapes and wilderness, great cities, and diverse multi-cultures. So why haven’t more of us chosen to explore it?

As the 150th anniversary of Canada’s Confederation fast approaches, newspapers and magazines all over the world are featuring Canada on their lists of where to visit in 2017.

With a frenzy of festivals and events marking the occasion, travel editors are using the birthday as the perfect opportunity to highlight Canada as a destination.

But do Canadians feel the same way? And if we don’t, are we un-Canadian? I have been to all seven continents and almost 70 countries, but only six Canadian provinces and territories.

Granted, some of those are places I’ve had to go to for work that I likely wouldn’t have chosen on my own, but I still can’t help feeling uncomfortable realizing I’ve been to almost three times as many US states as I have Canadian provinces.

Although I know people who have scrupulously explored this nation from coast to coast, 45th parallel to Arctic Circle, they are in the minority, and the travelling habits of most acquaintances of mine tend to resemble my own more than those inveterate Canadian explorers.

Why Don’t Canadians Travel Around Canada?

The reason isn’t necessarily a lack of patriotism or desire—but rather, I believe, practicality and cost.

Some years ago, a work colleague in England was heading to Canada on business. She had meetings and appointments across much of the country and called me for advice.

“I want to take a mid-trip detour to Churchill, Manitoba, to see the polar bears,” she explained. 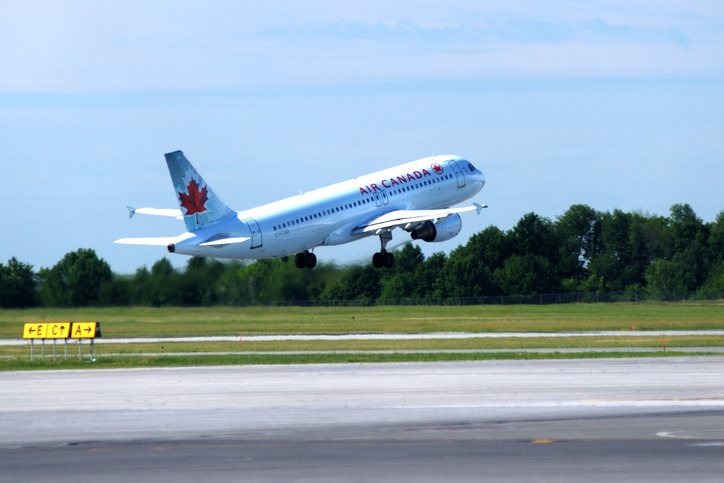 I encouraged her, but also forewarned her of the costs involved. I told her the options: from a one-day trip flying from Winnipeg by charter with tundra-buggy sightseeing in between, or a long and tiring trip north by rail, or a full package that included a few nights’ hotel with roundtrip flights and tours.

Although she wasn’t close to what I’d consider wealthy, she barely batted an eyelid when I told her that the least expensive option was still no less than $1,500 from Winnipeg, for what was basically just a few hours on the ground.

“It’s a lifelong dream,” she exclaimed with excitement. “I have to do it!”

There’s no disputing that seeing the annual polar bear migration in Churchill is one of the greatest wildlife spectacles on Earth.

To spend thousands to fly here from Europe, Australia or Japan for a week that included the polar bears is, while certainly pricey, worth every penny for those intrepid travellers and wildlife buffs who can afford it.

But for many more closely located Canadians, the idea of spending perhaps only a third of that amount for roundtrip flights to Winnipeg, a hotel night either side in the Manitoban capital, a day trip to Churchill and meals and transfers along the way is practically unthinkable.

We might spend that sum to venture further afield—or considerably more to voyage to Africa to see gorillas, for example—but we tend to question that amount for three nights “at home,” even when that “home” event involves something as spectacular as polar bear viewing.

Are We All Un-Canadian?

I don’t believe this makes us unpatriotic, or even unusual.

The reality is that travel within Canada is expensive. Most people in Vancouver can have a week in the Caribbean for less than it costs to spend the same amount of time in Toronto, and vice-versa.

But despite that, many of us do spend our precious savings and coveted vacation days on travel at home—albeit much closer to our literal homes. Whether camping at a nearby provincial park or spending a long weekend in a close major city, Canadians often do travel local.

However, while you may find out-of-towner Canadians strolling the streets of Montreal or Vancouver, there is one region where international visitors tend to always outnumber domestic ones: the North.

From Nunavut and Nunavik to the Northwest Territories and Labrador, Northern Canada offers some of the most breathtaking scenery on the planet, as well as a very rich culture, First Nations history and incredible wildlife.

Americans might like to refer to Alaska as the Last Frontier—but our north stretches beyond the last, and seemingly to polar infinity. And the travel rewards are unparalleled. Not only do we get to hike in pristine air, kayak unspoiled waters and gaze at snow-capped towering peaks, tumbling glaciers, exquisite icebergs, breaching whales, the Aurora Borealis and 24 hours of sunlight, but we have that additional thrill of knowing it’s all within the confines of our national borders. It’s all part of what makes Canada so great, and the envy of so many travellers worldwide.

Unfortunately, getting there is not only difficult but expensive, and once we’ve reached the Far North we face high-priced accommodation, food, equipment and guides. And the cost of all that wonder can be comparable to an East African safari, a tour of Australia or a South American odyssey.

Canada Really is Exotic… to Some People

And no matter how awe-inspiringly magnificent our own backyard is, that cost can often mean many of us feel we’re getting greater value for our money venturing to the other side of the world than flying just a few hours north.

It’s no snub or lack of national pride—it’s just a human instinct, and I believe we’re not alone in feeling that way.

A few years ago I was discussing polar-bear tourism with a Norwegian acquaintance. Along with Churchill, Norway offers some of the best opportunities to see polar bears in the wild.

“Is it as expensive to see polar bears in Norway as it is in Canada?” I asked him.

“Everything’s expensive in Norway,” he replied with a smile. “But, in fact, it is probably even more expensive to see polar bears in Norway than it is in Canada. However, many Norwegians would likely spend two or three times as much to go to Canada and see them there, as it just makes it a better holiday and all-round experience.”

All of this to say that choosing a travel destination is often a complicated affair, with pros versus cons and costs versus rewards having to be carefully, and calculatingly, weighed.

So as we wave our flags and embrace the red and white this summer, plan your next overseas exotic travels guilt-free—but never forget that some of the greatest adventure and natural wonder in the world is in our own backyard, awaiting your visit.

This Week in Travel News: Some Country is Celebrating a Birthday or Something