Nicaragua Now: Reflections on a Country in Crisis by a Not-So-Secret Admirer

Nicaragua Now: Reflections on a Country in Crisis by a Not-So-Secret Admirer.

As travellers, it’s easy to get caught up in our own experience. Foreign landscapes and people can sometimes become props in our big adventures. But, in truth, everyone we meet is fundamentally like us.

We all need food to eat, air to breathe, and safety and opportunities to live and thrive. Not so long ago, I travelled to Nicaragua for a third time. What immediately stands out in my memory are the people: the street youth in Managua with their ever-present struggles and aspirations; the farmers with strong political opinions; the kids who just want to play and have fun.

So it was with heartbreak that I read the headlines about the social and political upheaval now gripping the country (my feature article was written before the current crisis). Like an erupting volcano, political unrest doesn’t “just happen.” Hidden from sight are often grievances unseen and unaddressed—building under pressure, sometimes for decades or even centuries. I can’t pretend to have a full grasp of the current unrest or crisis.

What I do know is that the current president, Daniel Ortega, was once a hero to many people. He and the Sandinistas helped overthrow the vicious dictator Anastasio Somoza in 1979.

Ortega remained president of Nicaragua until he was voted out in 1990. His star rose once again in 2006, when he was again elected president and he helped usher in a period of relative economic and political stability. However, after a series of maneuvers to augment his power, including removing presidential term limits and making his wife vice-president, fissures began to surface.

When citizens spilled out onto the streets in April of this year, angry about cuts to pensions, they were met by violent pro-government thugs—ones that many believe were instruments of the Ortega government. The metaphorical volcano erupted, and mass protests have swept the country, which has led to ever greater acts of government brutality by the police and pro-military forces. At a peaceful Mother’s Day march in Managua in May, 15 unarmed, democratic protesters were gunned down in cold-blood. 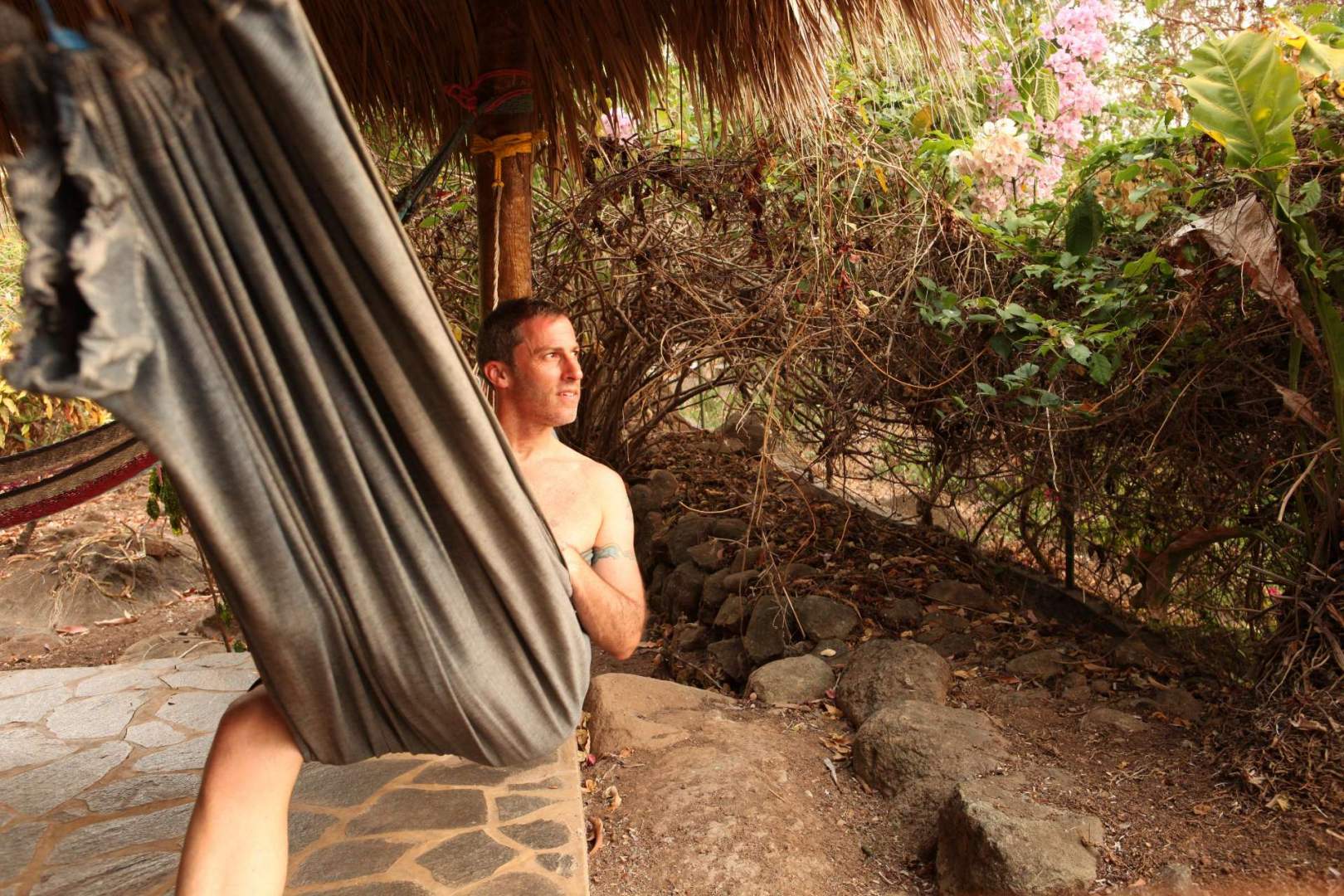 The writer on the island of Ometepe in Lake Nicaragua

As of this writing, according to The Washington Post, more than 300 have been killed. Other media have reported more than a thousand injured, and perhaps most frightening, many are missing.

I first visited Nicaragua in 1989, when the Sandinista government had already been battling the American-backed Contra guerrillas for eight long years. The conflict had visibly bled the country of resources and tens of thousands of lives.

I still remember walking along a dirt road on the outskirts of Managua and coming across a group of female Sandinista soldiers, who were perhaps my age. For an idealistic traveller like myself, it was a big deal—like I was coming face to face with history itself. We exchanged niceties, and they even showed me the canned rations that had come directly from Russia (then the USSR). But in the end, I sensed, they were wary from the fighting, and just wanted to get on with their lives. And who could blame them? Idealism, clearly, had its practical limits.

No doubt, as you’ll glean from this feature, Nicaragua has had a long and sometimes brutal history. But with the latest violence, it appears a new chapter is being written by students and citizens of all walks of life who are demanding not only social change but accountability from their leaders. We still don’t know how it will end: whether President Ortega and his cohort will step down and face the consequences of their bloody and undemocratic actions, or if they will fight tooth-and-nail to cling to power—just as their nemesis Anastasio Somoza once did.

So, I would just like to say to friends and strangers alike in Nicaragua: paz, unidad y prosperidad—peace, unity, and prosperity.

Who (Didn’t) Let the Iguanas Out? On the hunt for wild game on Ometepe