I don’t have kids, or at least not the kind that walk on two legs. I do have pets, though, and frequent travel means that I sometimes need to beg friends to walk my dog and talk to my cat while I’m away.

During a short trip to Arizona one summer, my gracious and adventurous friend Sara agreed to watch my “kids” for a few days. It should have been a fairly easy task—my cat, Lucy, just likes to socialize and my dog, Chase, sleeps under a chair, except when it’s time to eat or take a walk—and it was, until the last day. On this day, July 3, Sara texted me to confirm I was headed home, left my keys on the kitchen counter, and locked my front door behind her. 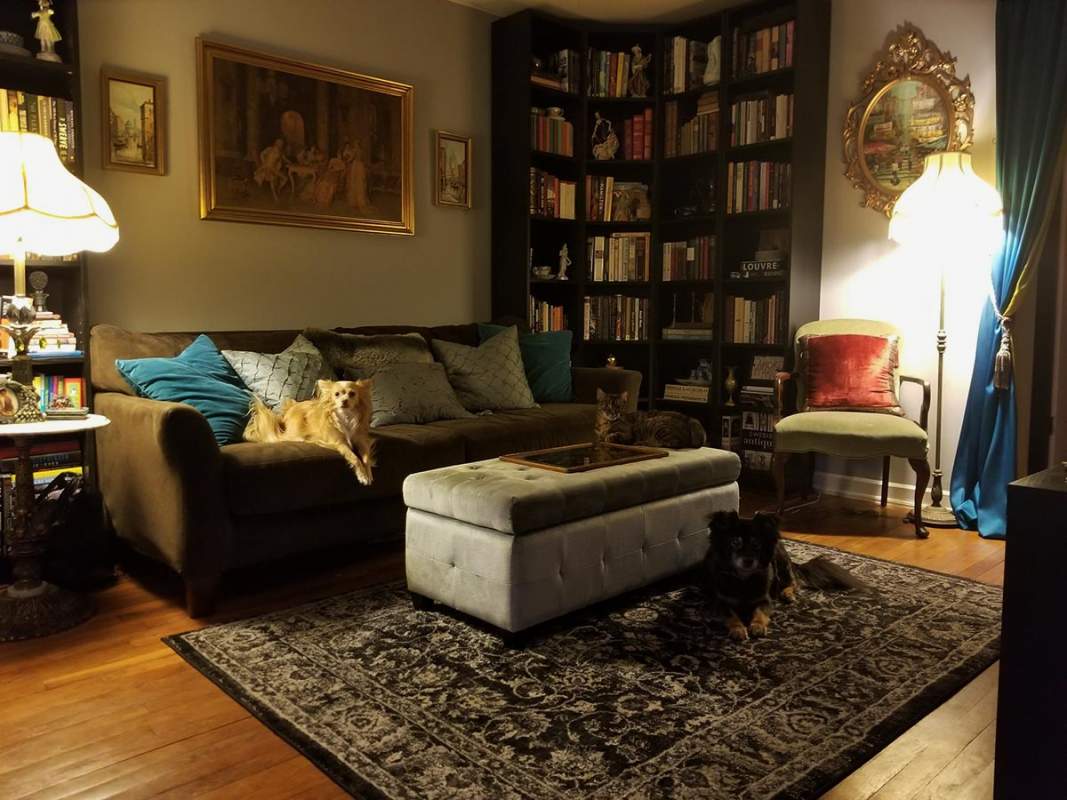 My then-partner and our friend Erin boarded our first flight to Chicago, where we’d have a short layover before finishing the journey to New York. Unfortunately, by the time we arrived in Chicago a couple hours later, some intense storms cancelled and closed airports across the eastern US, and our connecting flight was one of the casualties. With nearly all remaining flights canceled that day, there were no options for rebooking until early the next morning, not even by angrily tweeting at the airline, which, yes, I tried. (Pro tip: that never works.) 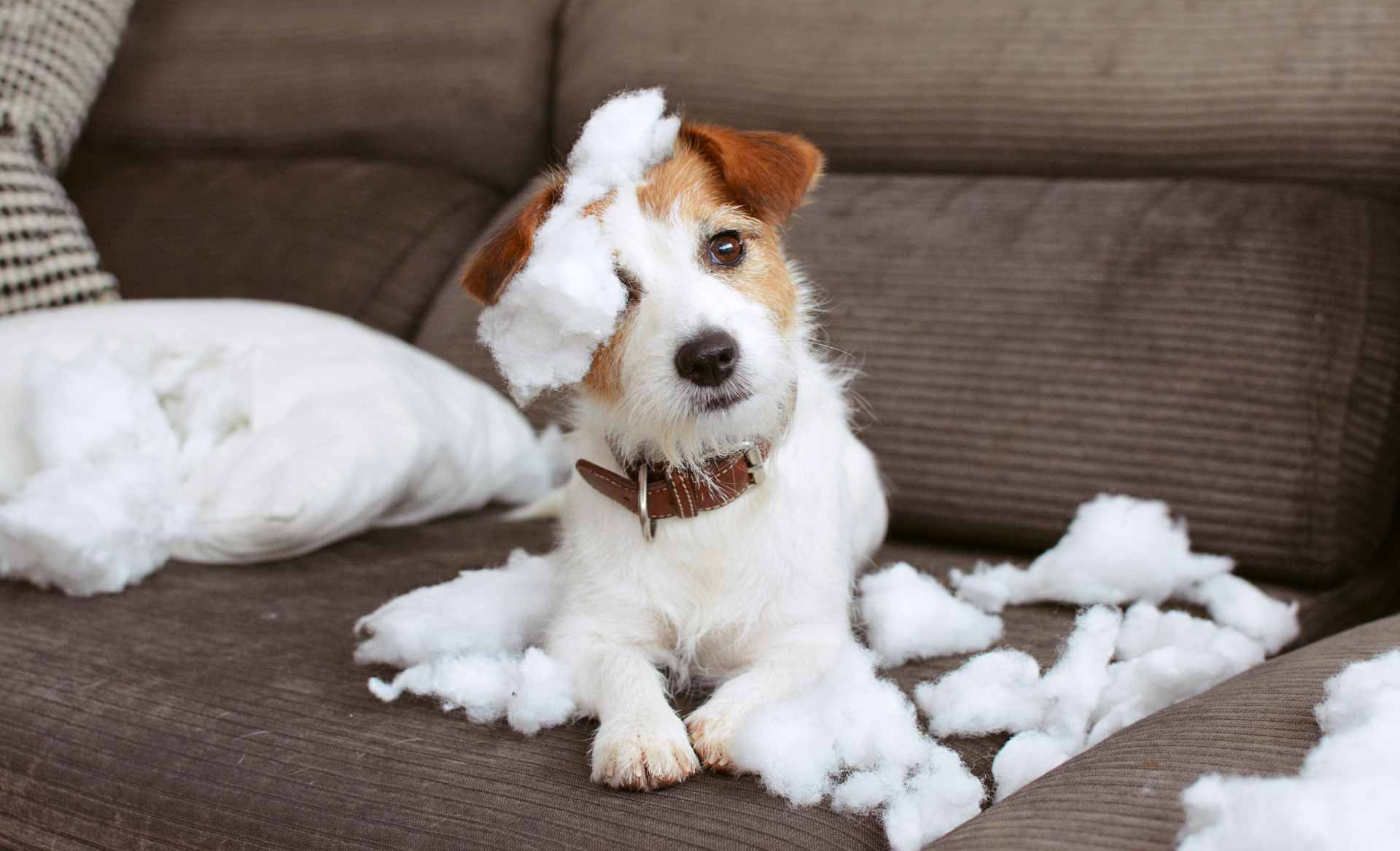 But.. this is what can happen when pets are left home alone! (iStock/smrm1977)

Getting a last-minute room at an airport hotel in a major city isn’t difficult, even on a holiday in summer, so that wasn’t an issue, and, since I’d never been there, I was a little excited to explore Chicago for a night. But then I remembered that Sara already left my house, didn’t have keys any longer, and my dog was going to need to eat and go for a walk that night. As we made our way to our hotel and Erin checked us in, I tried to solve the dog dilemma, but I eventually realized that, short of breaking and entering, there was no clean solution.

So that became the new plan.

“Can you break into my apartment and take Chase for one more walk?”

That might not be a normal text to send someone, but Sara’s a special sort, and her reply was less of a “What?!” than an “Okay, how?”

I won’t describe the method and educate everyone on the finer points of breaking into my home, but suffice it to say that Sara’s athleticism and can-do spirit were put to the test. She saved Chase from the humiliation of having an accident in the apartment, which, honestly, he probably wouldn’t have done because he’s such a good dog, so she really saved him from holding his bladder for 24 hours and going without a meal.

Meanwhile, back in Chicago, I learned that airport hotels aren’t actually in Chicago, but in the little mystery-ville of Rosemont, Illinois. It’s not far from Chicago, and accessible by public transportation, but by the time we settled into the hotel, arranged the dog rescue, and generally decompressed, we didn’t feel quite as interested in further adventure, so we decided to make the most of Rosemont.

Rosemont turned out to be something of a manufactured place—the type of town created specifically to service a need, like an industrial park or a tourist trap. Hotels and shopping malls were the only attractions, and, though I wasn’t excited by this new itinerary of nothingness, I was tired and needed clothes for the next day (our luggage wasn’t returned to us for this impromptu layover) so we trekked to the closest mall.

We remembered it was Independence Day weekend only when the waiter (who had by now become just our bartender) asked if we were going to head outside for the fireworks. We finished our drinks and claimed some turf on a small strip of grass in the parking lot, which had since transformed into a street fair surrounding an outdoor concert while we were eating (drinking). Suddenly we were in the midst of a massive celebration in the middle of a town we never knew existed, on an overnight visit we never planned to take, and we were no longer disappointed to be in Rosemont.

Of course we were lucky to have arrived on a holiday. I suspect Rosemont, Illinois, is considerably less amusing most other days of the year, but I was reminded that a change of plans, even a major one, isn’t inherently disastrous. With good friends and an open mind, you can find a mini adventure anywhere—even in a completely fabricated, commercial place like Rosemont.

Of course, you also need someone extra special like Sara to commit crimes and save your dog from time to time.

Why is Leo not identified? He needs an agent, immediately.