Every expert will tell you—motor vehicle accidents are the single highest cause of travellers’ injury and death. They’ll also tell you—it isn’t so easy to avoid them.

Paul Aquilina loved every minute on the bus from Pushkar to New Delhi in India—it was noisy and packed, but lively and exhilarating. “They get the movies going, the music,” and it’s how the locals travel. Yet it was also harrowing.

“We drove on a new highway [where] only one side was finished, so we had traffic going north and south and buses straight down the middle at 100 kilometres an hour.” It’s a common conundrum—going grassroots for the adventure, even when you’re putting yourself at risk. Like Aquilina, most travellers rationalize that if the locals do it chances are they’ll be okay.

Don’t bet on it, says Rochelle Sobel, founder of the Association for Safe International Road Travel (ASIRT). Her son was killed in a bus crash in Turkey when he was a medical student volunteering abroad. The driver, who was overtired from too many hours on the road, was speeding down the wrong lane on a highway that had been on a “list of death curves for a long time,” says Sobel. Aquilina also knows the feeling of being on a bus that’s flying over bridges with no rails and along hilly roads with steep drops. 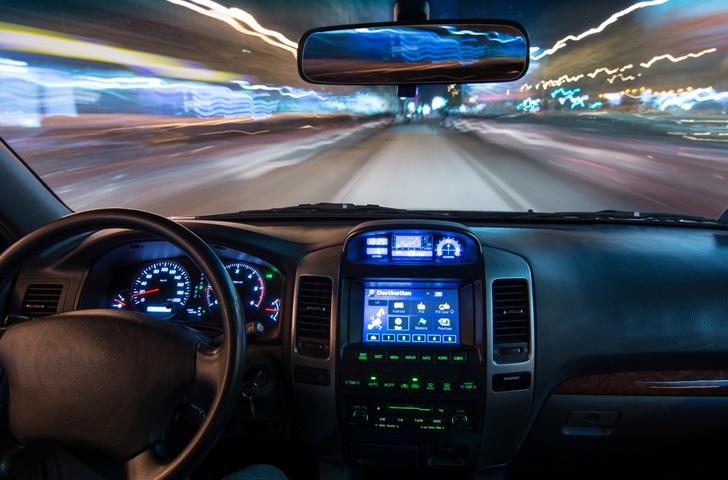 Driving at dusk, night-time, is especially dangerous on unfamiliar roads.(GordonD-iStock)

Road accidents are the main cause of death for healthy American travellers, says Sobel, “and I’m sure it’s the same for Canada.” Accidents in developing countries are so serious that they account for almost 90 percent of all global road fatalities, according to a ground-breaking report by the World Health Organization and World Bank in 2004, and are now only behind HIV/AIDS as the main cause of death for men under 44. Though Africa has the highest rates regionally, El Salvador, Dominican Republic, Brazil, Latvia, South Korea, Thailand, Russia, Lithuania and China have the highest country rates. Worldwide, more than 50 million are injured every year, with 3,000 killed every day.

It’s easy to see why. Roads in many countries are in appalling shape—unpaved with large potholes or two-laned and too narrow. A common complaint is that every manner of traffic shares the road simultaneously—cars, buses, trucks, farm vehicles, motorcycles, scooters, bicycles, cart-pushers, pedestrians, cows and mules—all travelling at their own speed. And driver behaviour, states an ASIRT report, is dreadfully dangerous: tailgating, passing illegally, weaving through traffic, failing to yield and driving on the shoulder, wrong side of the road or while drunk.

Often there are few or no road signs—no speed limits posted, no traffic lights or stop signs—and when there are, says John Lucas, travel editor at Driven magazine, “nobody pays attention to them,” which is worse since you expect drivers to stop but they don’t.

What can a traveller do? Be the best advocate for your own road safety, says Sobel. Most crashes are the result of three things: the road, the vehicle and the driver. You have to demand safety from a bus or tour operator and be prepared to leave if the response makes you queasy. Ask about the safety record of routes. If a driver is speeding, ask him to slow down. Adjust your plans if the situation warrants—get off at the next safest place if the vehicle, terrain, speed or driver behaviour are cause for concern.

And, too, find the best options for travel in each country. Both Aquilina and Lucas say renting a car in India, where traffic is chaotic, is not a good idea. Rent a driver or taxi instead—or better yet, says Aquilina, take the train. If you do rent, always buy insurance, warns the Insurance Bureau of Canada. In Bali you can rent an older car for dollars a day, says Lucas, but always take any car you rent for a good test-drive, checking the brakes and steering especially. If a seat belt doesn’t work, don’t take it—chances are there’s more wrong that you can’t see.

Travellers are ambassadors for road safety, says Sobel, and have a responsibility to spread the word to the world’s vulnerable. “I keep saying—we are one world, one road.”

Outpost: How big a problem are road accidents and deaths in Kenya?

D.N. Njoroge: We have about 3,000 deaths a year. New York State, which has 20 million people, recorded 1,477 deaths in 2003, about 50 percent lower than Kenya. The underlying factor, the reason we haven’t made any progress, is that we don’t have any road safety programs—it has not been addressed at the national level.

OP: Are you saying there are no road safety laws in place?

DNN: We are saying the government has to address the three Es—education, engineering and enforcement. There has to be a comprehensive program in place. The laws are there, but they don’t work in a vacuum. Road safety is an attitude, a state of mind.

OP: Your president has said corruption hampers efforts at road safety. How so?

DNN: Corruption is endemic in most African countries, especially Kenya, and you can get away with anything. Enforcement is in the hands of the police and you can bribe the police. It’s very serious. And it hasn’t changed much.

OP: How does it work exactly? If a driver gets stopped they pay off the police?

DNN: Everybody’s involved, even the matatus [local minivans who ferry people for a fee], because that’s the system. It’s institutionalized. As the president mentioned in 2004, [corruption] is the biggest problem he has to address. There is the Integrated Transport Policy which we developed with the government and is going to parliament now, and one of the recommendations is to come up with a new crop of traffic officers—create a metropolitan police.

OP: Are these matatu operators safe and reliable?

DNN: They are not well regulated and they don’t purchase good vehicles. There are now about 100,000 of these in the country. There is overloading and speeding and when a vehicle rolls over a huge number perish. But as of 2004 there is a law on seat belts in Kenya [every passenger must have access to one], and one for speed governors. Governors hold the vehicle to within specified speeds they can’t exceed. You can literally buy your license for a couple of pounds, not only in Kenya but in a number of African countries, without adequate training and without having to pass a test.

OP: Road fatalities are on the rise in developing countries. Is this because there are many more vehicles on the road?

DNN: Not at all. It’s a question of the government coming up with safety programs. In London you have 20 million vehicles, but accidents don’t occur at high rates because they are serious about safety. One of the main income [streams in Kenya] is tourism. [Tourism operators] are well-structured, [their] vehicles are in tip-top condition, the drivers trained. They are using the same roads! We are where you were in Canada maybe 50 years ago, so we have a long way to go.

If Renting While Travelling

Note: This information is intended as a guideline only. Always get individual medical advice or information from a qualified source before travelling.

7 Cool Peruvian Icons to Get You Thinking...

How to Travel Plan While in Lockdown |...