Exploring Spectacular Saguenay by Via Ferrata

Fighting Fear on the Via Ferrata in the Saguenay. Team Outpost is in spectacular Quebec.

Story by Lena Desmond, Photos by Will Allen | for Outpost

What would you do for a view? For me, the answer is almost anything. In fact, the higher the better. For many, I understand this is not the case.

Via Ferrata translates from Italian to Iron Road. Essentially, it’s a sort of ladder built into the side of an escarpment. Thick iron rungs protrude, like piercings on a hardened face, forming a ladder which moves you vertically or horizontally. You clip into each of the iron rungs with a carabineer that connects to your harness and allows you to stay safe while defying gravity for the duration of the 500-metre traverse. The cliff wall itself drops down some 300 meters into an oblivion of brush and trees. 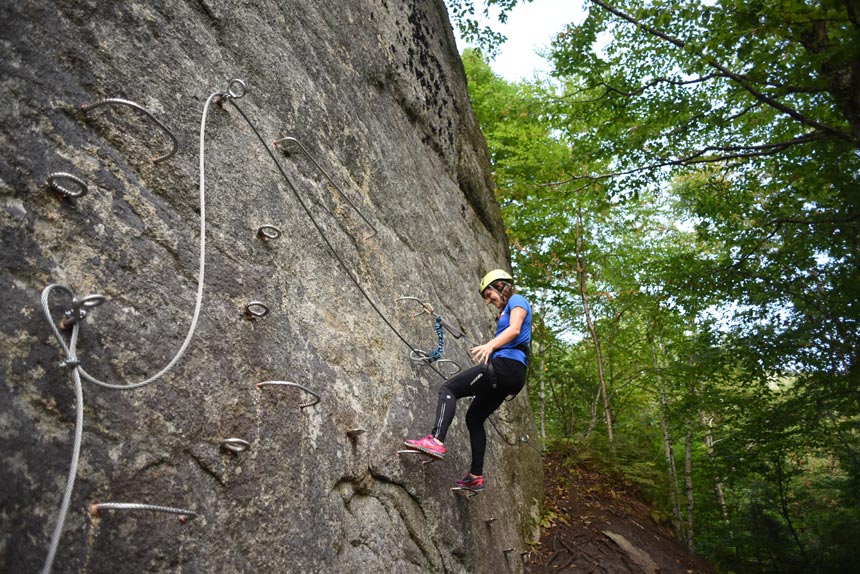 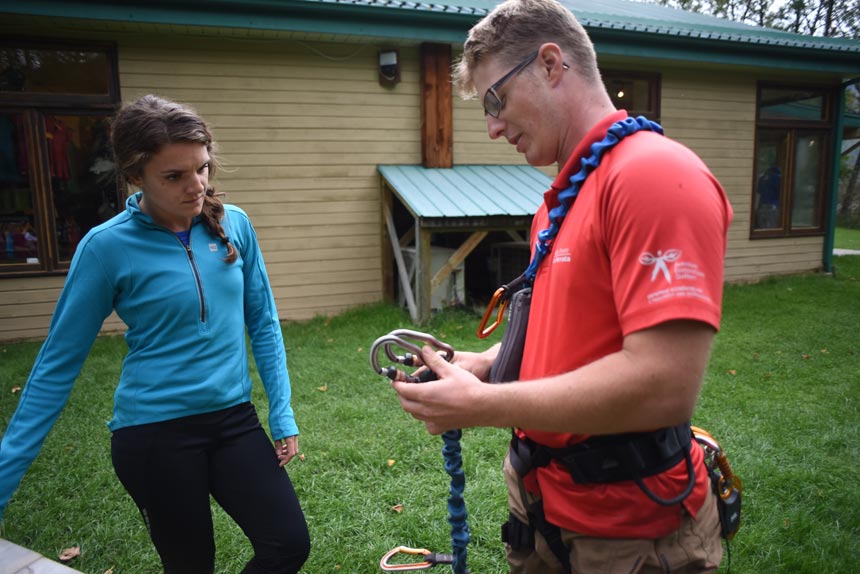 The via ferratas are a great way to see the best views of Saguenay-Lac St. Jean. 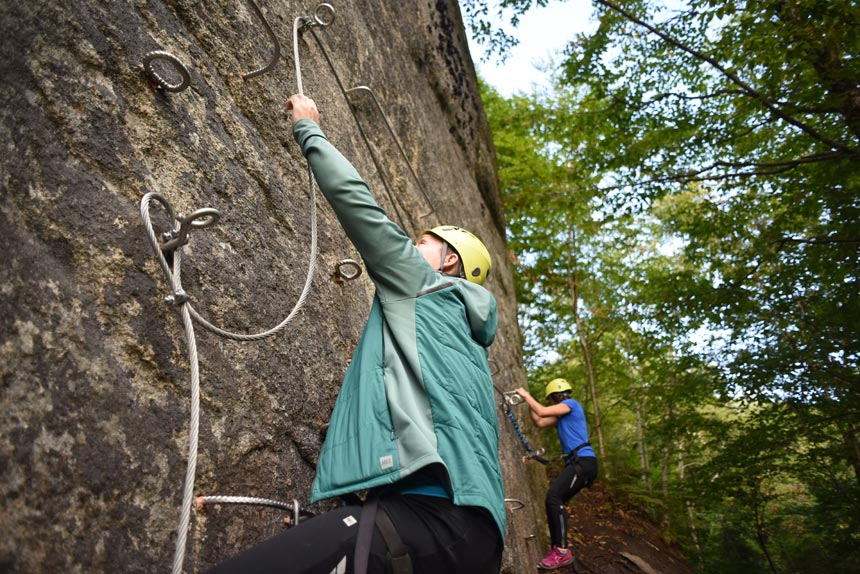 So there we were, clinging to the via ferrata’s metal rungs, suspended from one of Saguenay National Park’s highest points. From here, the Saguenay River’s fast moving water seemed slow to a lull and the rich greens that canopied the pathways below spanned an infinite horizon.

As I took in the view suddenly the drop didn’t seem so far, and suddenly my feet didn’t feel so unsteady, and as the sunlight caught my cheek I forgot, for a moment, that I was on a cliff. I felt peace—the kind I can only get from high places with a view. 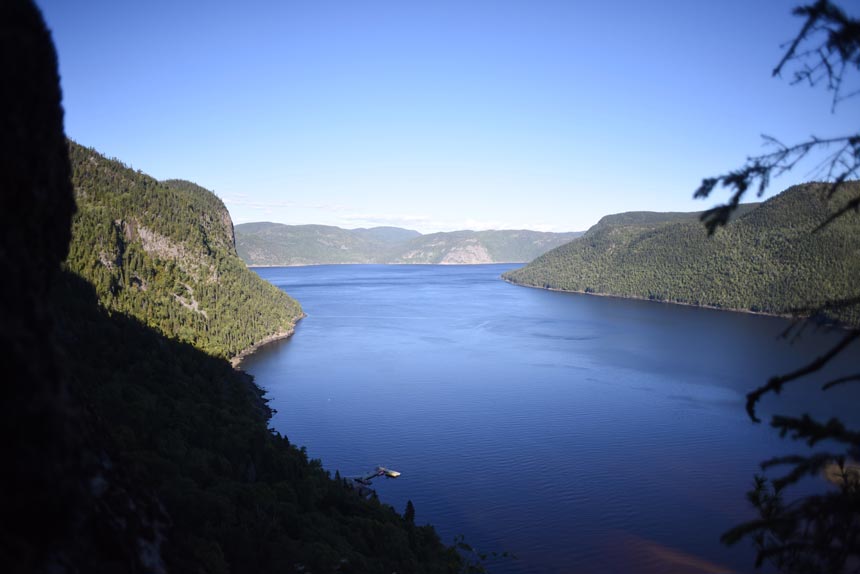 These are the spectacular views of the Saguenay from the top of the via ferrata! 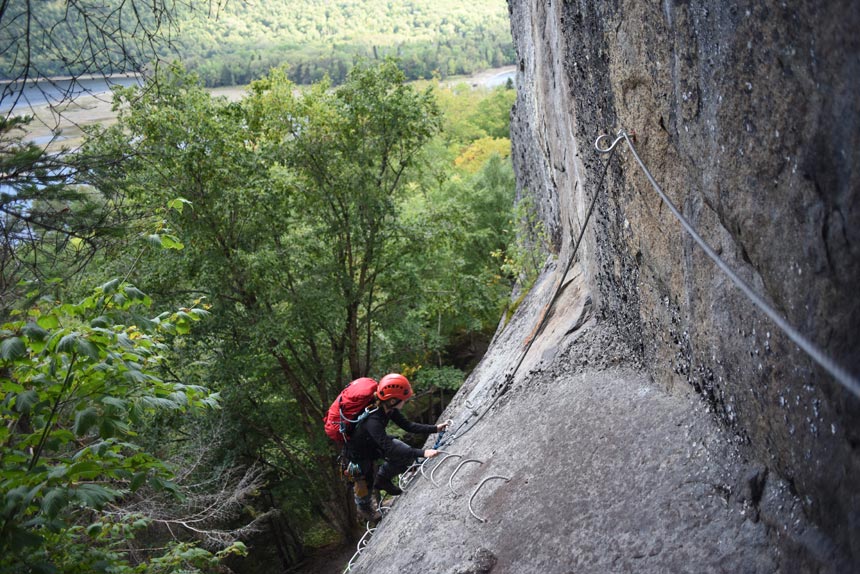 Via ferrata are a great way to learn the skills of and gain confidence for rocking climbing. 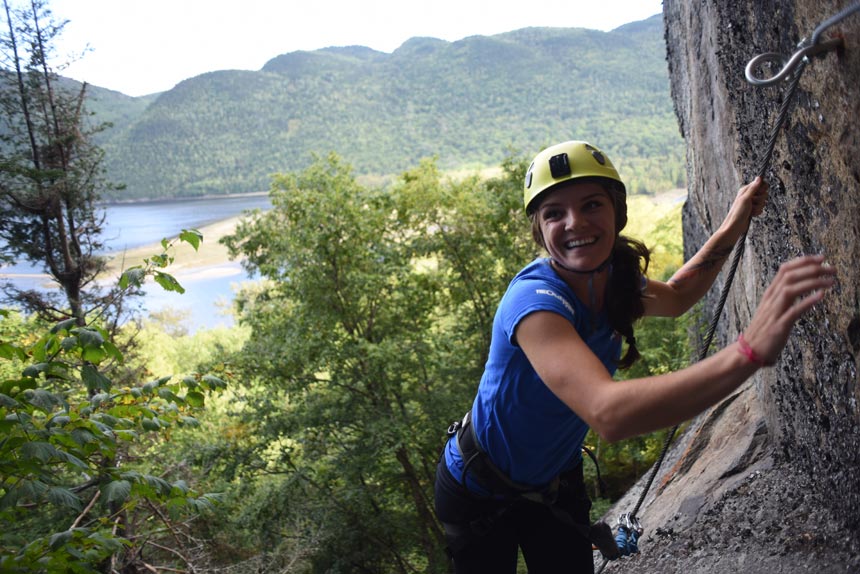 Lena near the top.

This train of thought might have been a far cry from what was going on next to me as I watched one of our climb team stare at the gray void of granite between his hands, every footstep calculated, his fingers slightly shaky, his gaze refusing to look down. He confided to me in hindsight that he almost turned back, that the via ferrata was almost too much for him and that despite the safety measures he was afraid of falling. I felt his fear and I could see why.

And yet, with gumption, he moved on. For someone afraid of heights or unsure of their upper body strength, I can only imagine that my initial description of the Fjord de Saguenay from the via ferrata would be lost to imagery that ends with the sound kersplat!

Step-by-step, rung-by-rung, we continued. I watched him clip in and out meticulously and something beautiful started happening. I noticed a lightness in his face. I noticed his pace starting to quicken. And then something more spectacular than the view occurred: alone on a slackline, some 300 metres above the ground with the supporting rope securely under his arms, he cast a smile out over the Fjord and took long look out at the view.

He seemed to move beyond his fear, think beyond the drop. Watching him take in the landscape, I forgot it. For a moment, the Fjord paled in comparison to this man’s conviction and I was completely in awe of his bravery as he chose joy in the face of something that’s bigger than most of us: fear. Maybe the question isn’t what would you do for a view; maybe it’s what will the view do for you? 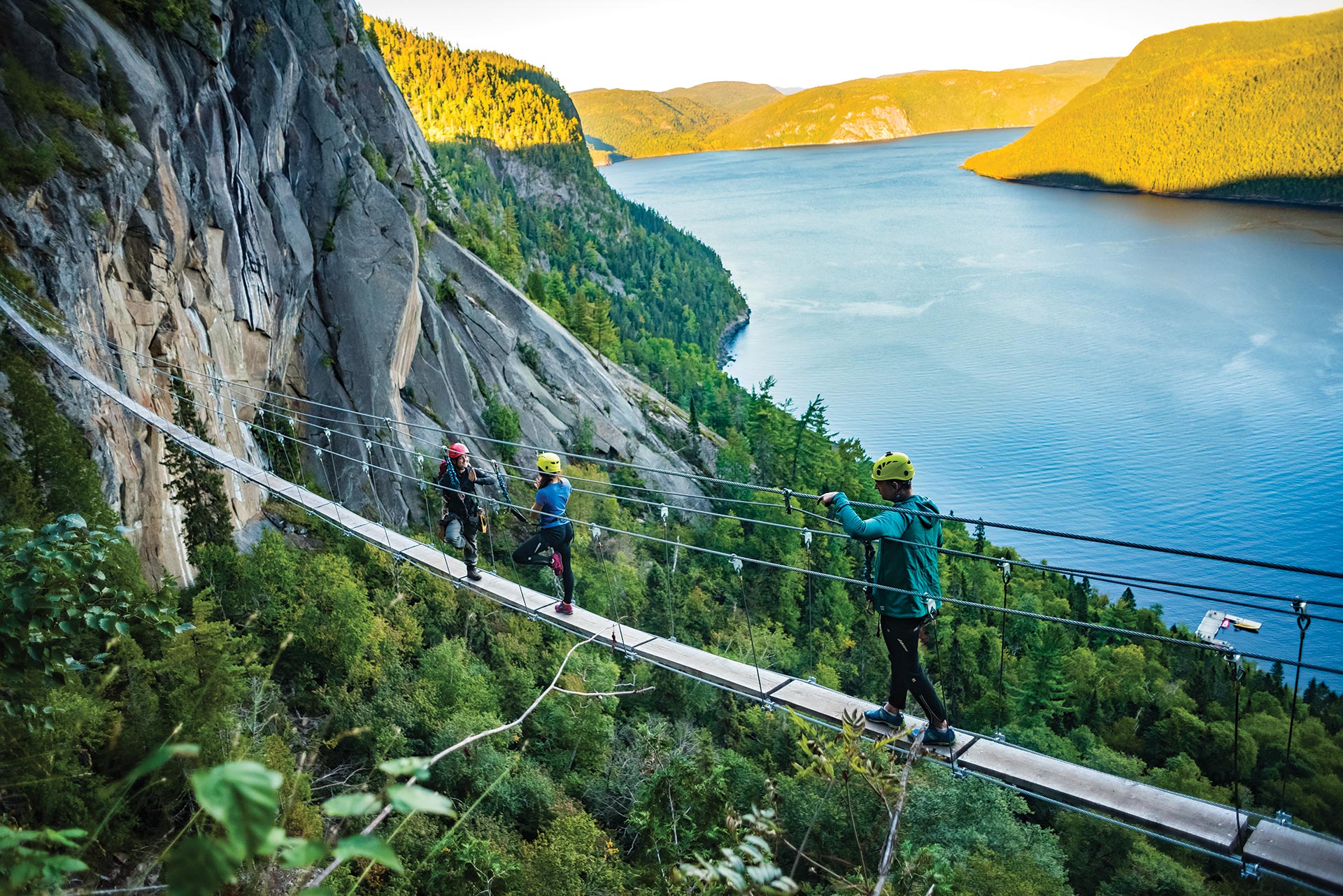 Yes, that’s just one of the views! 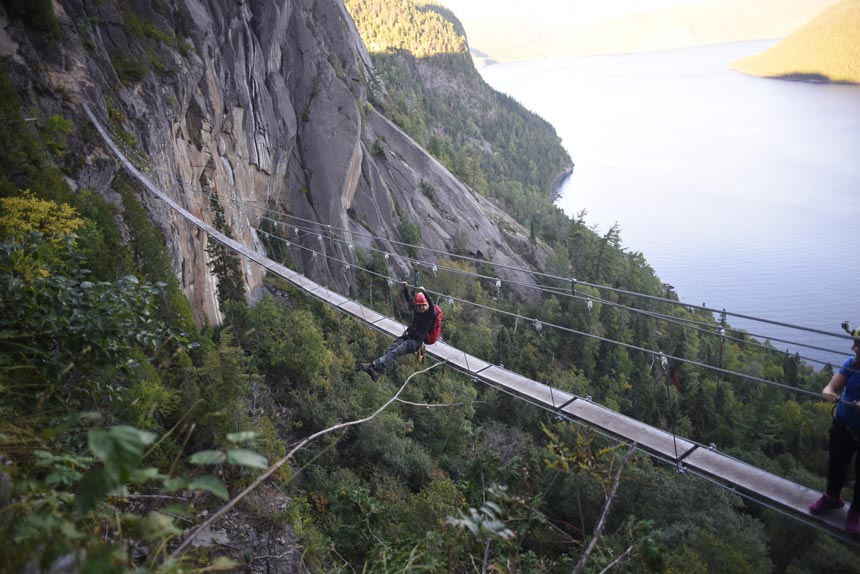 Revelling in the incredible view of the Saguenay.