Spotlight Adventures & Destinations for 2022 & Beyond: after unprecedented lockdowns and at-home pastiming, open-air adventures have never looked so good!

Yet it will take unprecedented and global cooperation still, to create a world that’s safer for all, for either next year or beyond. We urge all to do their part — to get immunized (truly, a gift), to encourage competency from world leaders, to value the under-protected, and to care. As we don higher hopes for a better year — and for all needing our renewed travel patronage — we’re spotlighting great adventure options for 2022 and beyond, just to get you thinking. Here’s the first.

As we start to (cautiously) sort through travel ideas for next year, it’s worth repeating (and we’ve said it before) that Canada is the second-largest country in the world by landmass. And that much of it is defined by some form of wilderness—from deep forests to mountains, valleys to plateaus, prairies to tundra, wetlands to rivers. It famously has more lakes than any other country on the planet and is defined by coastline of three of the world’s oceans — the Atlantic in the East, the Pacific in the West, the Arctic to the north.

And though technically, much of the land is uninhabited by humans (but not wildlife!), most of it has a vibrant Indigenous history and presence.  In North Yukon, the Vuntut Gwitchin First Nation has traditional and territorial rights to a massive wilderness region that includes Ni’iinlii Njik Territorial Park & Habitat Protection Area, located not far from the Arctic Circle. 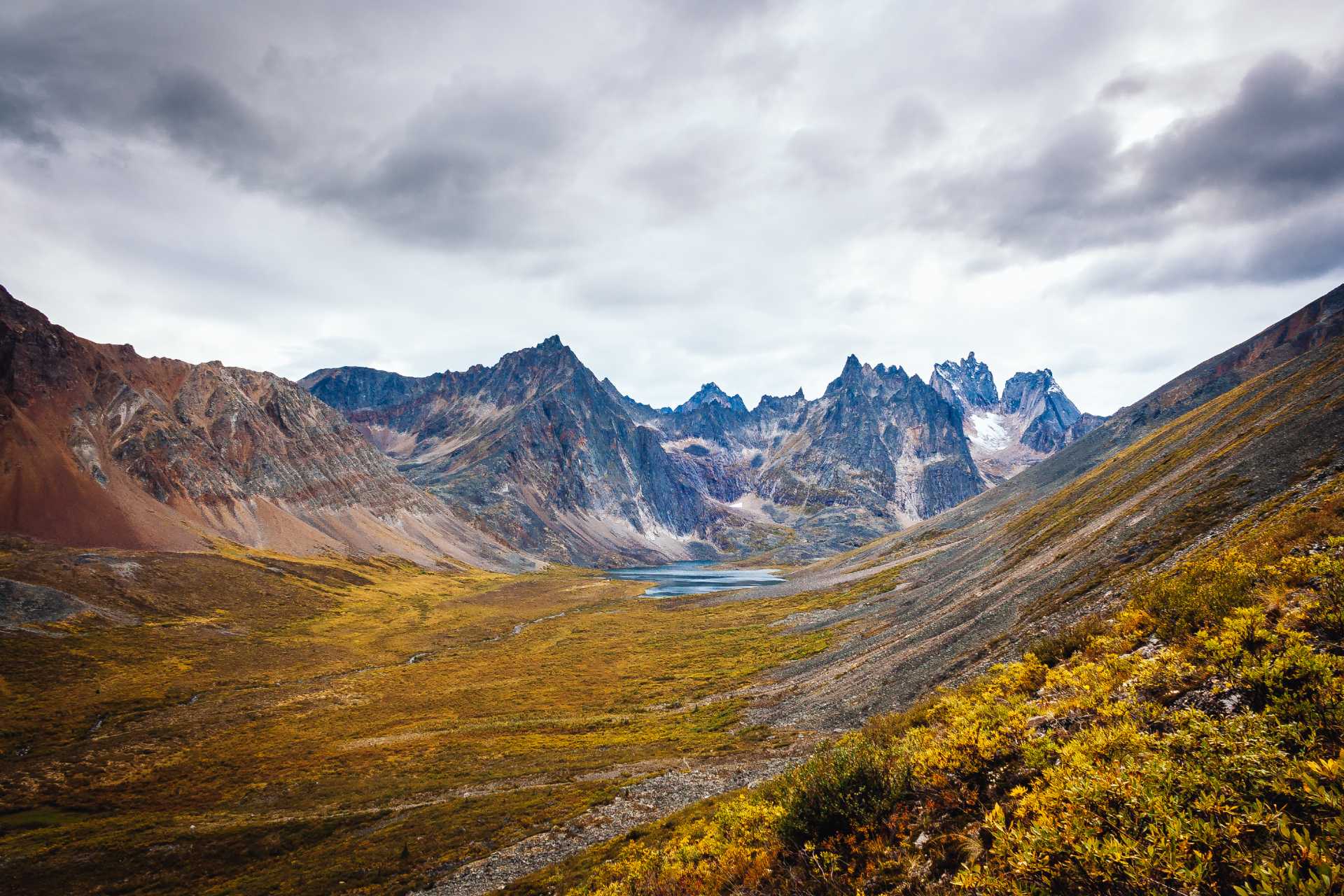 The lands of Ni’iinlii Njik (meaning Fishing Branch) are particularly sacred to the Gwich’in — the park houses an incredible and vibrant eco-system that includes the Fishing Branch River and watershed—which never freezes, being fed by thermal springs—and where chum salmon come to spawn, attracting grizzlies and other wildlife in spectacular droves. The porcupine caribou are legendary here — achieving a mythical status, these are their migratory lands — moose and Dall’s sheep roam here, birds of prey fly and arctic wolves prowl here. It’s a pristine and fly-in-only area (typically from Dawson city), and Old Crow is the closest community.

It makes for some unparalleled wilderness camping and wildlife spotting opportunities — which you can do with Bear Cave Mountain Eco-Adventures. A collaborative effort between the Vuntut Gwitchin First Nation and Phil Timpany, a Yukon wilderness-wildlife expert and photographer, the tour operator takes small groups of daring people into the park for wildlife viewing and photography. This is a remote adventure, limited to small groups at a time, and is based from an outdoors camp in Ni’iinlii Njik. Basically, the wildlife viewing — particularly of grizzlies as they swarm to feed on spawning salmon in geothermal rivers — is the experience of a lifetime. 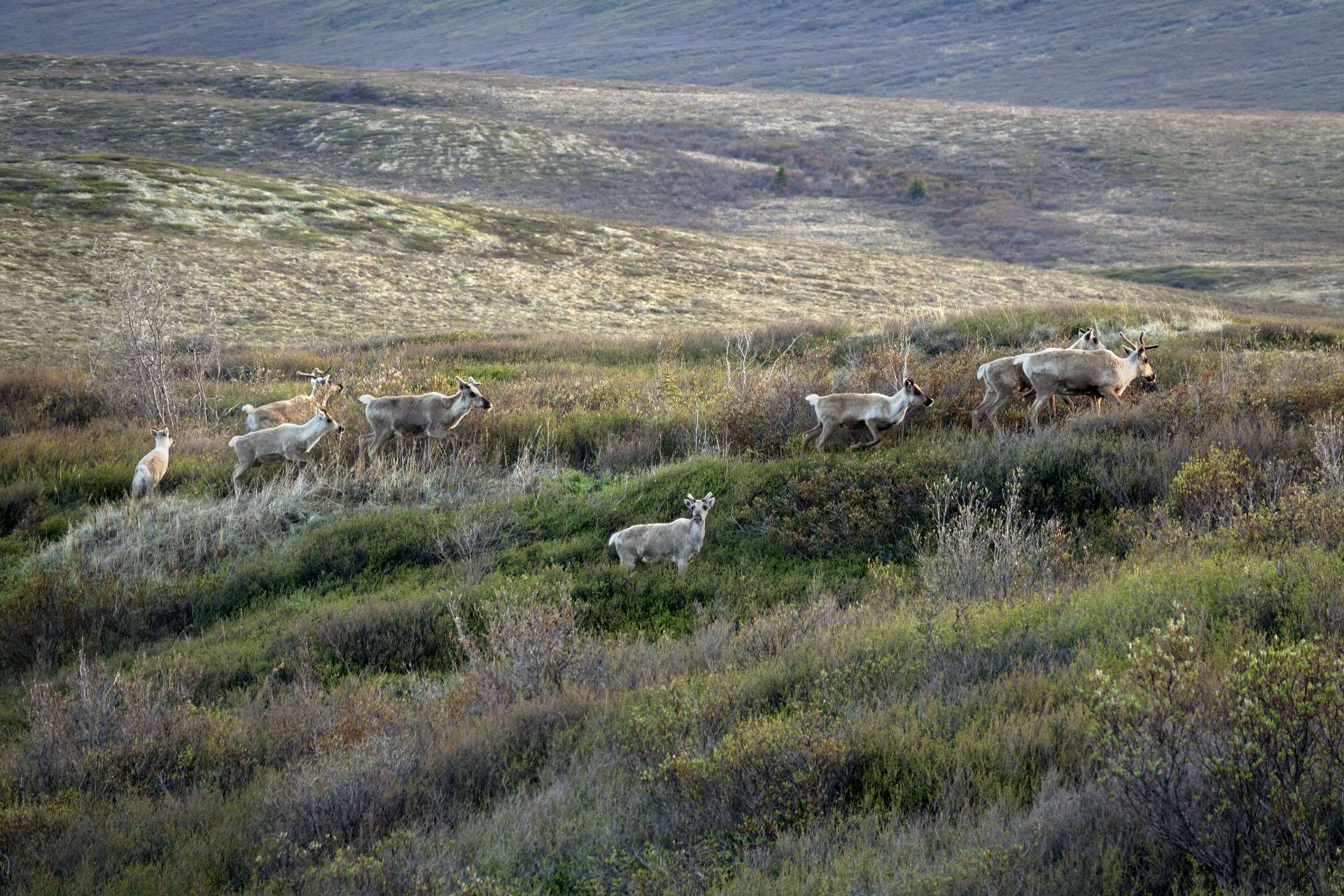 Tombstone Territorial Park is another spot for both a Yukon adventure and to learn about Indigenous history — it’s home to and within the Traditional Territory of the Tr’ondëk Hwëch’in people, and we think it’s definitely deserving of a spotlight designation.

The famed Dempster Highway that connects Dawson City in the Yukon to the town of Inuvik in the Northwest Territories goes through the park (somewhere between kilometre 50 and 120), and it’s so ruggedly breathtaking it’s often referred to as Canada’s Patagonia — it contains stunning peaks of the Ogilvie Mountains and the Tombstone Range, the Glissade Pass, alpine tundra and sweeping valleys whose beauty will leave you flabbergasted. 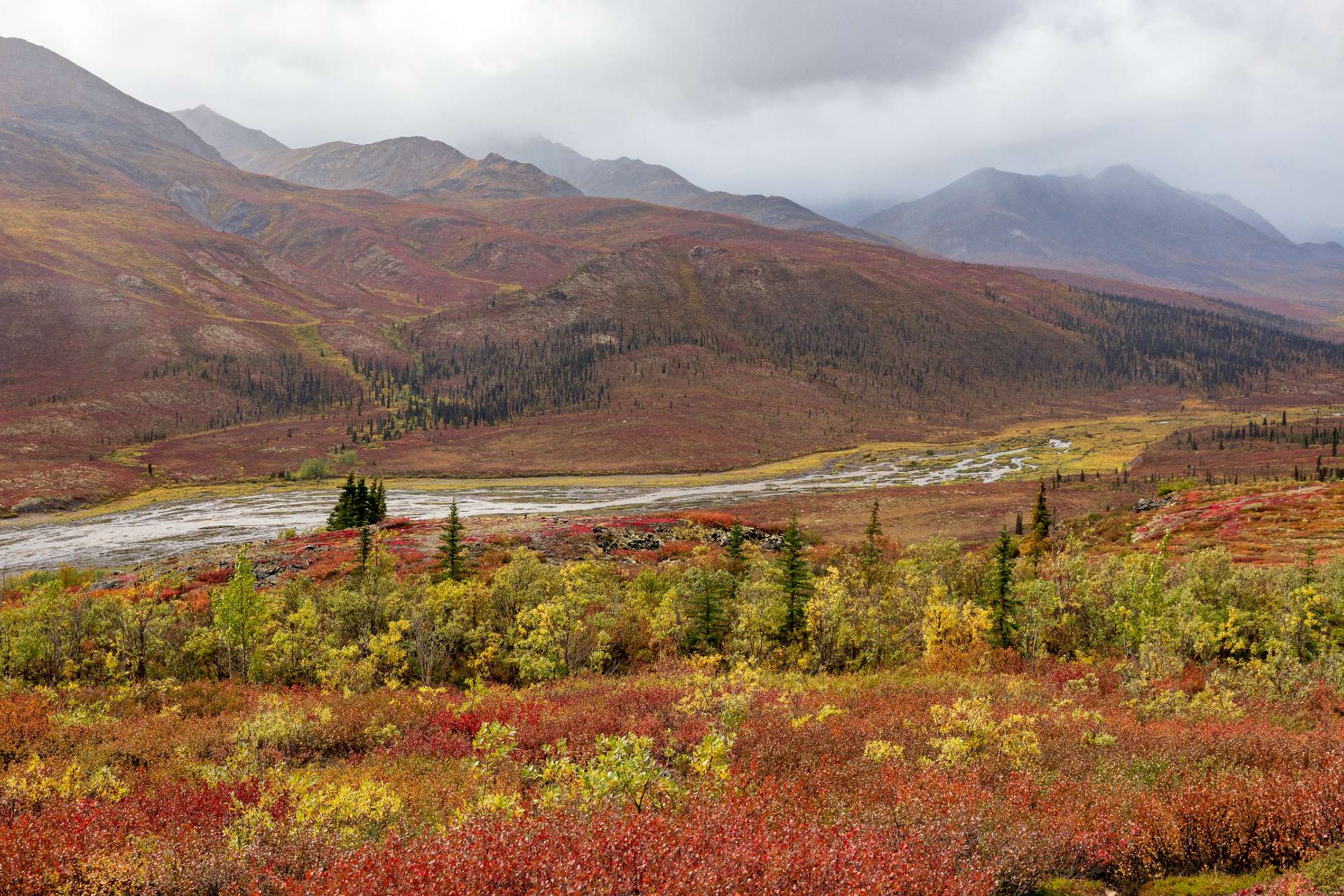 It’s home to incredible wildlife (and thus wildlife viewing), with the so-called “Big Northern Game” of grizzlies, black bears, moose and caribou. There are three backcountry campgrounds in the park, and the Tombstone Park Interpretive Centre, where you can get maps, permits, licenses and other info. All this — and just maybe, the long, long hours of daylight during summer! — make it a spectacular choice.

Though you can explore the park (with a permit) independently, it’s a rugged place — so a great option to consider is Great Canadian Trails’ Tombstone Range Hike tour, which is a nine-day, 48-kilometre (30-mile) trek that launches from Dawson City, home of the infamous Klondike Gold Rush. You’ll have time to explore that historic far-northern city, before boarding a helicopter and flying over the Ogilvie Mountains on route to the first of the three campgrounds this trip will see you hike in and around.  (For more info: Tombstone Range Hike by Great Canadian Trails.)

As an FYI, Air North — a Yukon airline that the Vuntut Gwitchin First Nation has a stake in — will begin flying direct from Toronto to Whitehorse (and Yellowknife) for the first time in 2022. But it also flies direct to other major Canadian cities, including Vancouver, Calgary, Edmonton, Victoria and Ottawa. (For more info: www.flyairnorth.com.

For more information on other ways to explore Tombstone Territorial Park, Ni’iinlii Njik Territorial Park & Habitat Protection Area, you can contact [email protected], and for other what’s on offer in Yukon, Travel Yukon. Yukon Wild is a membership-based association and portal for tour operators in the Yukon. Go to www.yukonwild.com to peruse an inventory of not just a range of wilderness and adventure activities on offer but also tour operators who provide them. Their aim: “To inspire adventurers like you to dream Yukon-sized dreams.”

Finally, and perhaps most importantly, we’d like to highlight how there are numerous opportunities to explore Indigenous history in Canada via travel and adventuring — from First Nations to Inuit to Métis. And what better way for you or your family — and especially young people, the next generation — to learn about these cultures and their vibrant history than by being in a place and among a community that can tell you their stories firsthand?

A great place to start is the Indigenous Tourism Association of Canada (ITAC), which not only promotes Indigenous tourism experiences but acts as a portal for “Indigenous-owned and controlled businesses from every province and territory in the country.” To learn more and to see what’s on offer right across the 10 provinces and three territories of this enormous landmass that has been home to humans for millennia, you can start here: www.indigenoustourism.ca.

All in all, Yukon, Canada, is an excellent choice for any adventurer, for next year or beyond. ♦