Making the Most Out of Stopovers: 8 Top Tips and 3 Destinations

There’s no such thing as a free lunch, but are there free stopovers?! Here are stopover tips and destinations to help you get the most of a one-way ticket.

It has long been said that there’s no such thing as a free lunch, but is there such a thing as a free stopover? The old joke “You can’t get there from here” would actually be true if it wasn’t for airline connections. Since it would be impossible and impractical for any airline to fly between every pair of cities in the world, airlines use alliances and hubs to connect passengers and extend their networks. And wherever there’s a connection, there’s the potential for a stopover.

Many airlines offer free stopovers at their hubs but in reality the stopover is rarely completely without cost. Additional non-airline fees and taxes are often applicable to anyone who breaks their journey, and if required, visas or travel cards are still usually necessary even if only staying for a day or two. 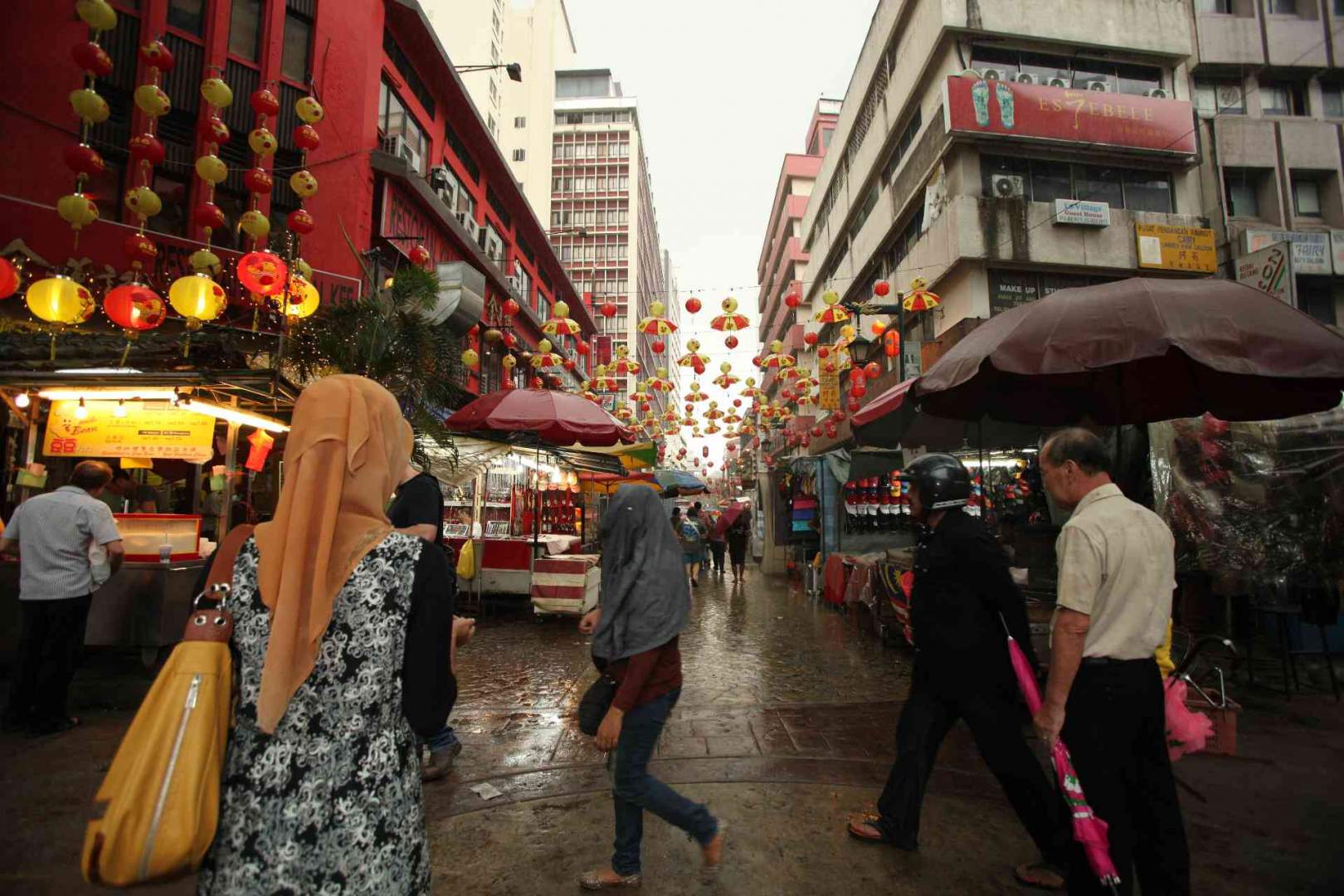 However, even with those additional costs, it’s still a cheap way to see a city that you may never have had the opportunity to visit otherwise, and as a bonus, in some cases a willingness to take a somewhat more circuitous and longer route to a destination can result in a lower fare.

Travelling from North America, we have stopover options in almost every direction whether heading to South America, Europe, Africa, Asia or the Pacific. Once you’ve perused the options, mulled the choices and chosen the most exotic, interesting, economical or appealing stopover possible, there are still a few things to consider before handing over your credit card.

Here are 8 Top Tips to a successful stopover:

1) Read the fine print and properly research all expenses. Just because the airline doesn’t charge an extra fee for your stopover doesn’t mean it won’t cost you any extra. Look into additional taxes, airport surcharges or security fees. A stopover will still be cheaper than buying a ticket to that destination, but make sure you don’t have any nasty surprises with the final cost of the ticket.

2) Look into any possible visas, tourist cards or other government requirements. Whether you’re stopping for just a day or staying for two weeks, the documentation required is often the same. If you do need a visa, query the cost before you commit to the trip and inquire whether you can get it on arrival or if you have to obtain it before you leave home. Even if you can get it upon arrival, it may be better to get it in advance if the process will occupy a couple of valuable hours of your 24 hour stopover. 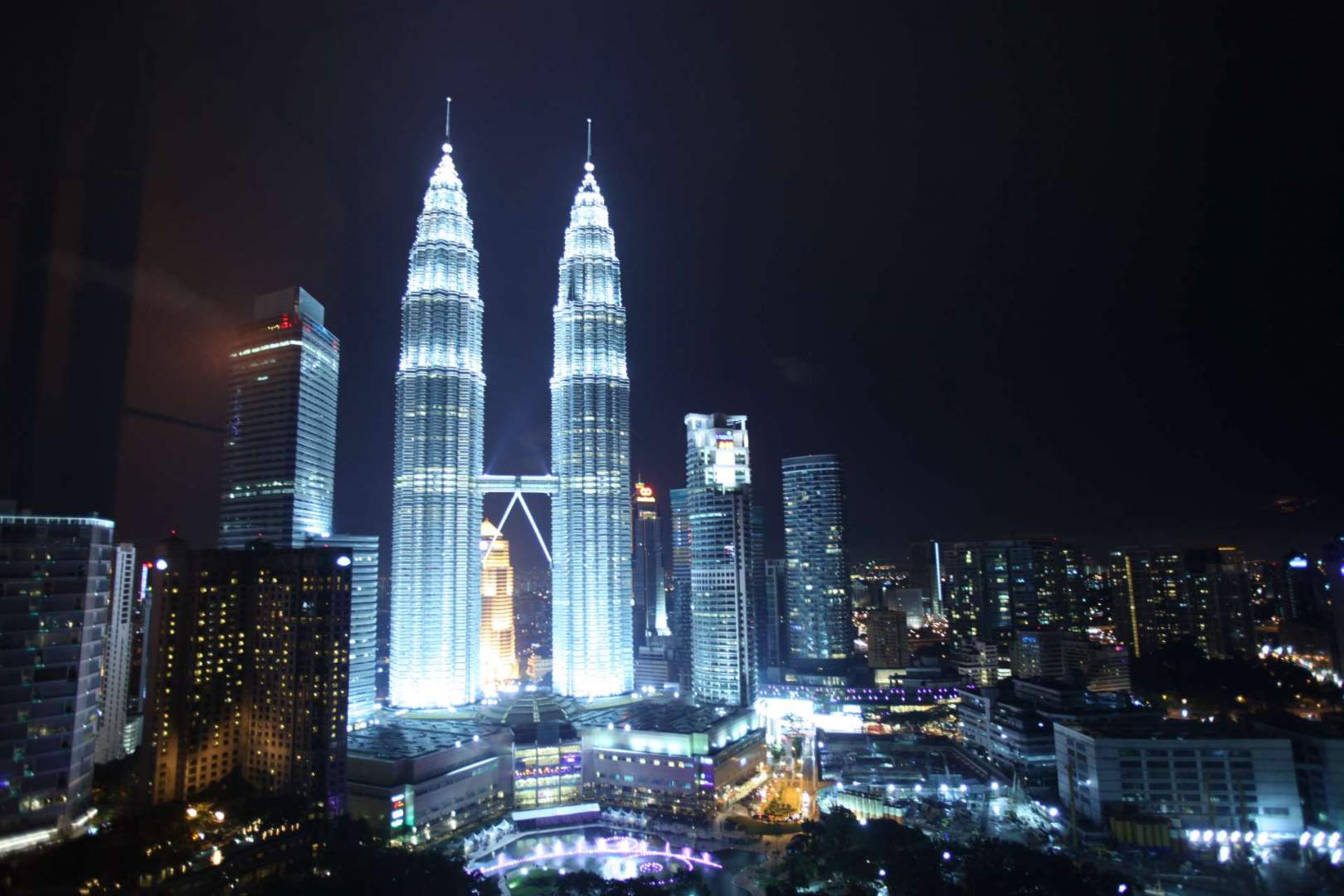 3) Set a budget and stay within it. Many airlines offer excellent stopover packages that include airport transfers, accommodation and a city tour. The sum of those parts is designed to be less than the individual components and the service saves you time and effort…but consider using air miles or loyalty rewards to score a free hotel night or two or if you’re on a super budget take a look at hostels and public transport to cut a few financial corners.

4) If you’re planning on taking a side-trip to a third destination during your stopover, pay close attention to baggage allowances and other conditions, as domestic or regional flights nearly always have much tighter limits than international flights. If you can’t take all your baggage with you, check in advance to see whether you can safely leave the excess at your accommodation or at the airport while you’re away.

5) Many airline tickets have a maximum duration clause, while others limit the length of any stopover. If your full ticket has a limit of 30 days from start to finish, then your travel time, time at the destination, and time at the stopover must all fall within that limit. This can mean that time spent on the stopover can reduce time available at the destination. Take those deadlines into consideration when planning your itinerary.

6) Treat your stopover as a vacation in itself, and not just as a free/cheap bonus, unless your aim is just to flop on a beach for a few days! As many stopovers are used as “flying visits” by travellers, research what you want to see to maximize your time. Maybe take a half-day city tour to orientate yourself and see what you want to revisit during the rest of your time.

7) Many airlines restrict you to one stopover, or charge you extra for a second one. So, do you take your stopover on the way out, or the way home? There are benefits to both. Stopping off on the way out can help you ease the jet-lag at your final destination, while stopping off on the way back delays the home-coming blues by a bit. You’re also more likely to have more expendable cash in your pocket on the way out than on the way home, although whether that’s a good thing depends on your self-control and resistance to temptation. Sometimes airline schedules help make the decision for you as a stopover in one direction can mean more time there or better time (ie; more day-time hours), otherwise, weigh-up the pros and cons and pick a direction.

8) Finally, when in doubt, ask! As there are many different permutations and options when it comes to airline tickets, not all the information can be found on-line. E-mail or call the airline or your travel agent for every last detail before committing.

Although stopovers are offered all over the world and it’s a great way to see London, Amsterdam or L.A., the ones with the biggest appeal to intrepid travellers are those in places that you might not ordinarily visit. This is especially true with Middle Eastern and Asian airlines.

Three stopover cities to consider on your next long-haul trip:

South Korea is one of the world’s fastest-growing economies yet apart from the wonders of kimchi and the marvels of Psy, our knowledge of the country in general and its culture in particular tends to be rather slim. Seoul is the country’s capital and the hub for the national carrier, Korean Air, which serves a number of North American cities as well as much of Asia and beyond. The city has the second-largest metropolitan area in the world, with a population of 25 million, and the subway system is the world’s longest.

Of significance for travellers, the city’s airport, Incheon International, was voted best airport in the world by the Airports Council International for seven consecutive years from 2005. With more than 2,000 years of history, it’s not surprising that Seoul offers much for the first-time visitor.

The 600-year-old Changdeokgung Palace is one of 10 UNESCO World Heritage sites in South Korea, and one of Seoul’s most popular spots for locals and visitors with its immaculate gardens. Insa-dong St. offers some of the country’s best antiques and art shopping, along with the world-famous temple food in Samchon restaurant.

If you’re a news and history junky and have a free full day, how could you not  head up to the DMZ that divides South Korea and North Korea, and even peer across the border to (maybe) catch a glimpse of Dennis Rodman shooting hoops? And of course, no trip to Seoul is complete without seeing the swinging Gangnam district immortalized a few years ago by Psy in his international hit song.

Kuala Lumpur International Airport is the hub for Malaysia Airlines, and a modern facility that offers convenient connections to most destinations in Asia and elsewhere. It’s also connected to the city centre with a fast and efficient railway link. 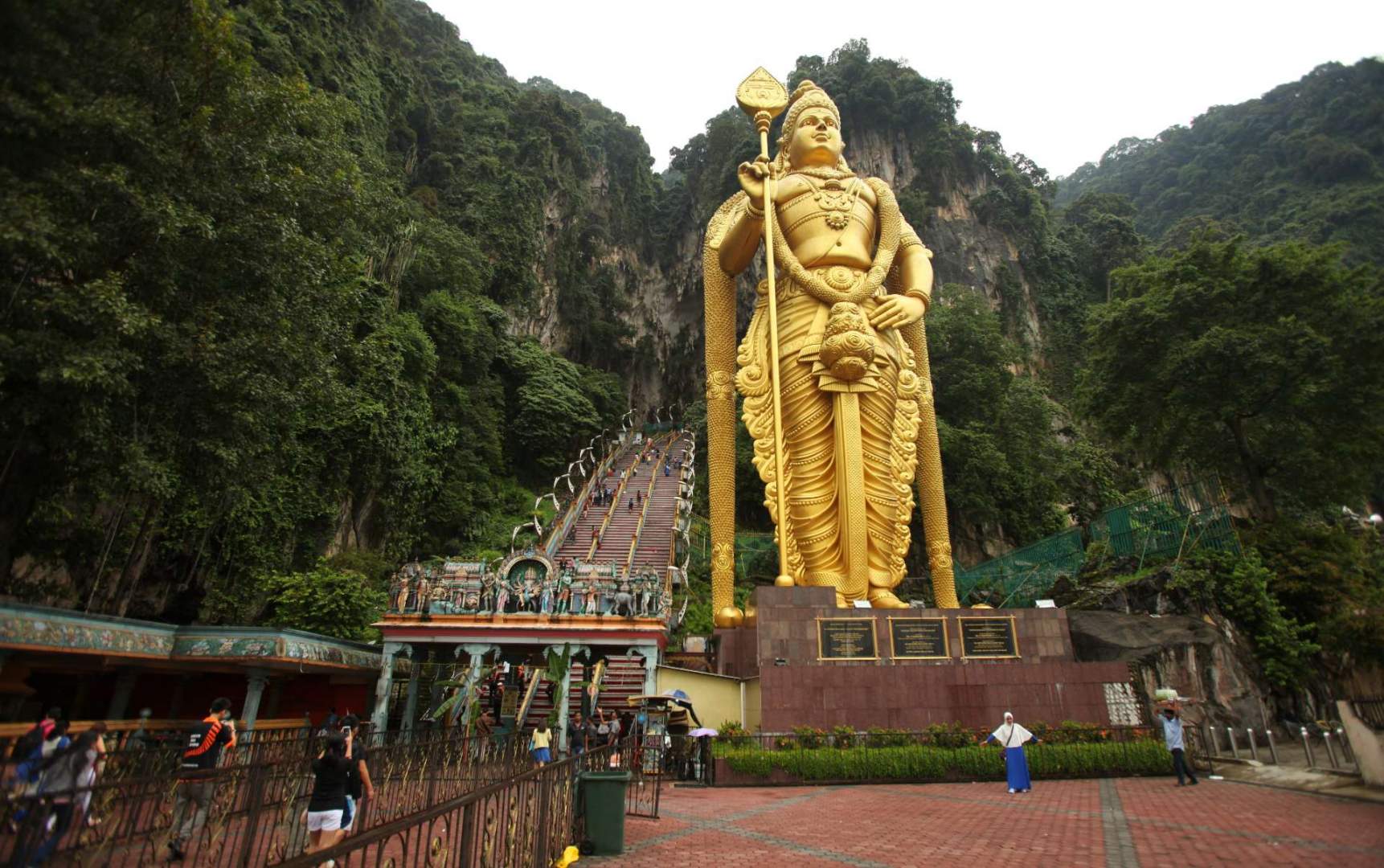 The giant Buddha outside of the Batu Caves in Kuala Lumpur. (Credit: Outpost/Colin O’Connor)

The city itself is a melting pot of cultures, with vibrant Malay, Chinese and Indian communities, as well as British colonial architecture and a futuristic skyline that includes the soaring Petronas Towers.

Though there’s more than enough in the city to keep you busy — especially if you enjoy trying different cuisines! — for a once-in-a-lifetime experience you could splurge on an additional flight to Borneo and spend a few days climbing Mount Kinabalu or seeing orangutans in rehabilitation centres and in the wild.

Although visitor numbers have increased considerably in recent years, Iceland still doesn’t attract as many travellers as this incredible country deserves. Thankfully, the national carrier Icelandair has great service from Toronto, Halifax and several U.S. cities, and with Reykjavik sitting midway to all key European cities it serves — therefore no need for a time-consuming detour — the airline makes connections convenient and stopovers easy and affordable. 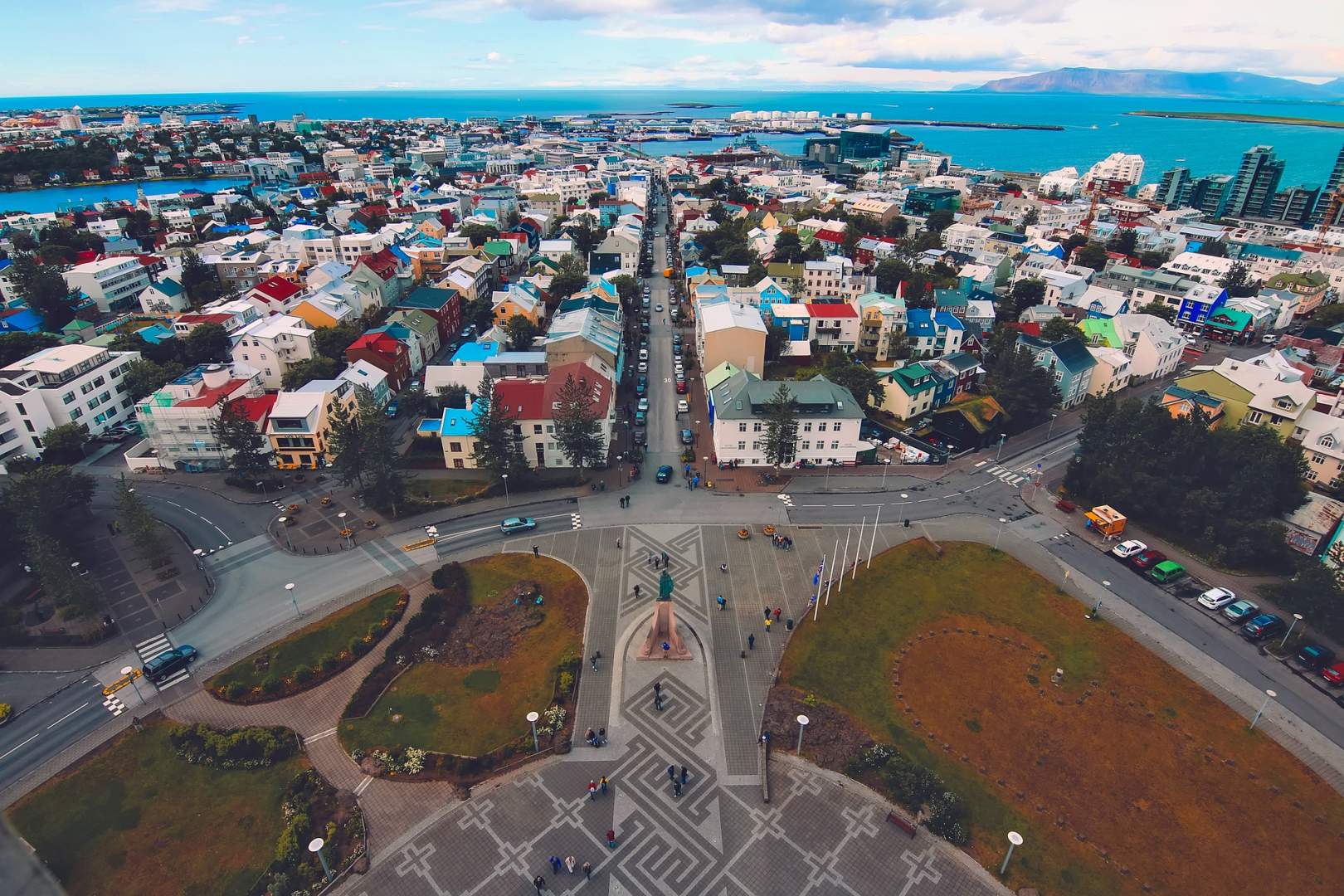 Iceland is a great place to visit at any time of the year. Perched just south of the Arctic Circle but protected from winter’s worst by the buffer of the North Atlantic, in the winter it’s a snowy wonderland filled with sport activities like snowmobiling and dog-sledding, and near 24-hours of darkness! In the summer, there’s a stark landscape of verdant greens, carpets of wildflowers and barren volcanic terrain, plus near 24-hours of daylight!

There are active and dormant volcanoes, cliffs full of puffins and more waterfalls than you can shake an umbrella at. There are sod-roofed houses, geological wonders — like Pingvellir, an historic spot that’s also the crest of the Mid-Atlantic Ridge, where you can walk between the North American and Eurasian tectonic plates — and the legendary diminutive Icelandic horse with its fifth-gait (a seriously big deal if you’re equinely inclined!).

You can hike, trek, camp or climb all while filling your lungs with unbelievably fresh air, or you can just rest in the Blue Lagoon: an outdoor geothermal spa in the middle of a lava field conveniently located near Reykjavik’s Keflavik airport. If Iceland has always appealed to you but you’ve never been sure of making it next year’s holiday destination, a stopover on your next trip to Europe is the perfect solution. ♦

Reason#3: Why the COOK Islands Make the Perfect Winter Getaway!

In My Mother’s Eyes: In the Maliau Basin of Borneo | an Outpost Expedition