I was nervous about shooting the episode on the native hill tribes here in Thailand. I had done as much research as I could on the subject, but it’s one thing to read about a culture and another to actually have a human interaction.

I was nervous, sure, but also very excited.

Kent Gregory, who has spent years living among the Pwo Karen, picked us up at 5:30 a.m. We were hoping that he could help give us the scoop on the tribe and their beautiful lifestyles, expert craft culture and weaving techniques.

Our plan was simply to see the village and its people, and hear about how his non-profit arts project, Sop Moei Arts, changed the lives of these people.

We we’re shocked when we got much more than we were expecting. 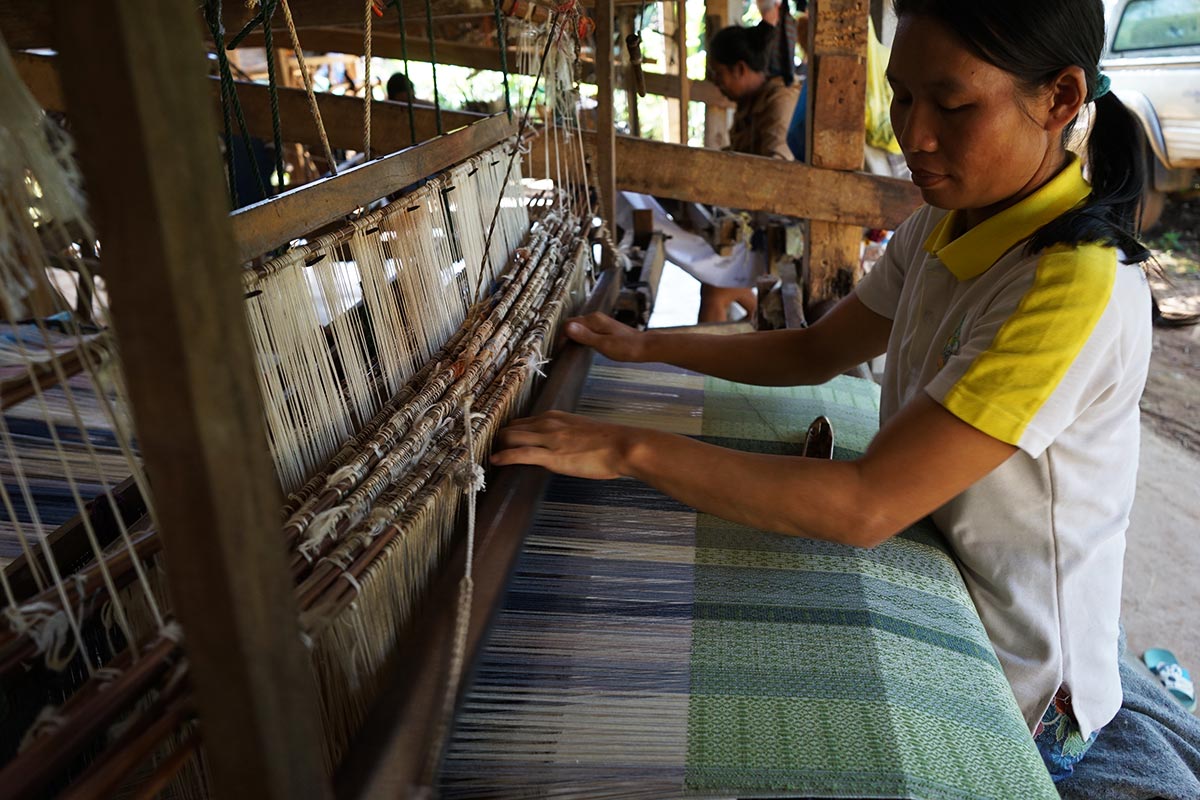 Kent is a tall, blue-eyed, soft-spoken man. We hopped in his pickup truck together and mentally prepared ourselves for the six-hour scenic ride up into the mountains.

I decided to pick Kent’s brain about how he came about helping the hill tribes. His story fascinated me.

He was born on Thailand after his parents, who lived in China, fled after the communist revolution. He only lived in the United States for around 10 years, studying public health in university.

After that, he wanted to give back to indigenous communities where such resources were lacking. He settled on the Pwo Karen, a hill tribe near the Burmese border, fascinated by their preliterate language—one of the few remaining languages without a written alphabet.

Together with his wife, a Swedish woman who shared his values and goals, Kent spent months trying to win over the tribes’ trust. They eventually found a Pwo Karen village that welcomed them, and from there were able to spread their maternal-health project around the region. 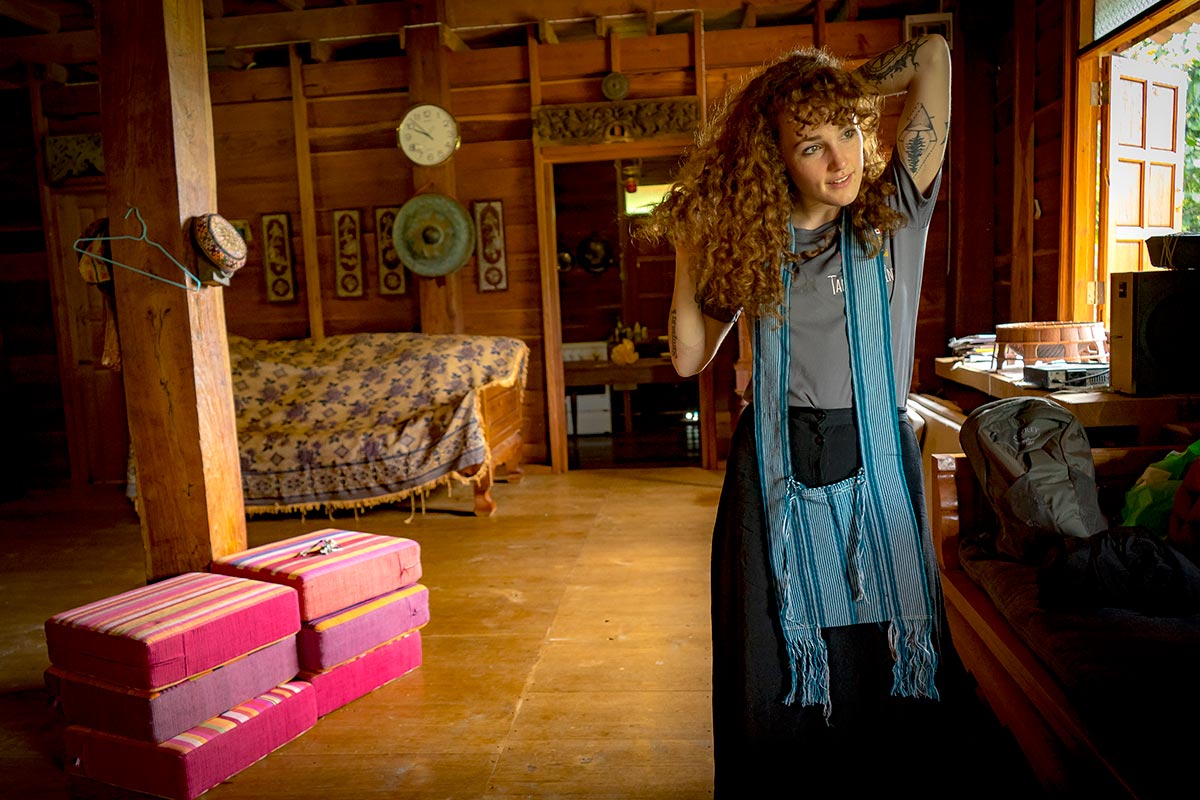 Jess showing off an authentic Pwo Karen day bag, gifted to her by Kent and his son-in-law. (Outpost/Michael Fraiman)

After years of working with and living among the Pwo Karen, they realized that the malnutrition and general health of these people was far worse than he imagined, and that anything he would do to help would just be a Band-Aid on a festering wound.

He singlehandedly saved the lives of so many malnourished children, many of whom grew up to know him personally. But these tribes could not afford to sustain the treatments or properly feed themselves.

There had to be a better way. The problem wasn’t treatment, but economy. He needed to generate income for these people, and quickly.

So he began Sop Moei Arts. The Pwo Karen were always very proficient in weaving baskets, versatile bags and textiles. Why not use and monetise that skill to generate income for the tribe?

He established textile studios around the surrounding hill tribes and started producing products with a cultural significance, and yet could double as high-fashion pieces to sell to the masses. With the help of a professional designer, they selected individual patterns to isolate and stitch onto shirts, scarves, bags and raw textiles; the final product still retained Pwo Karen symbolism, but wasn’t so complex that it felt too foreign for Western buyers. 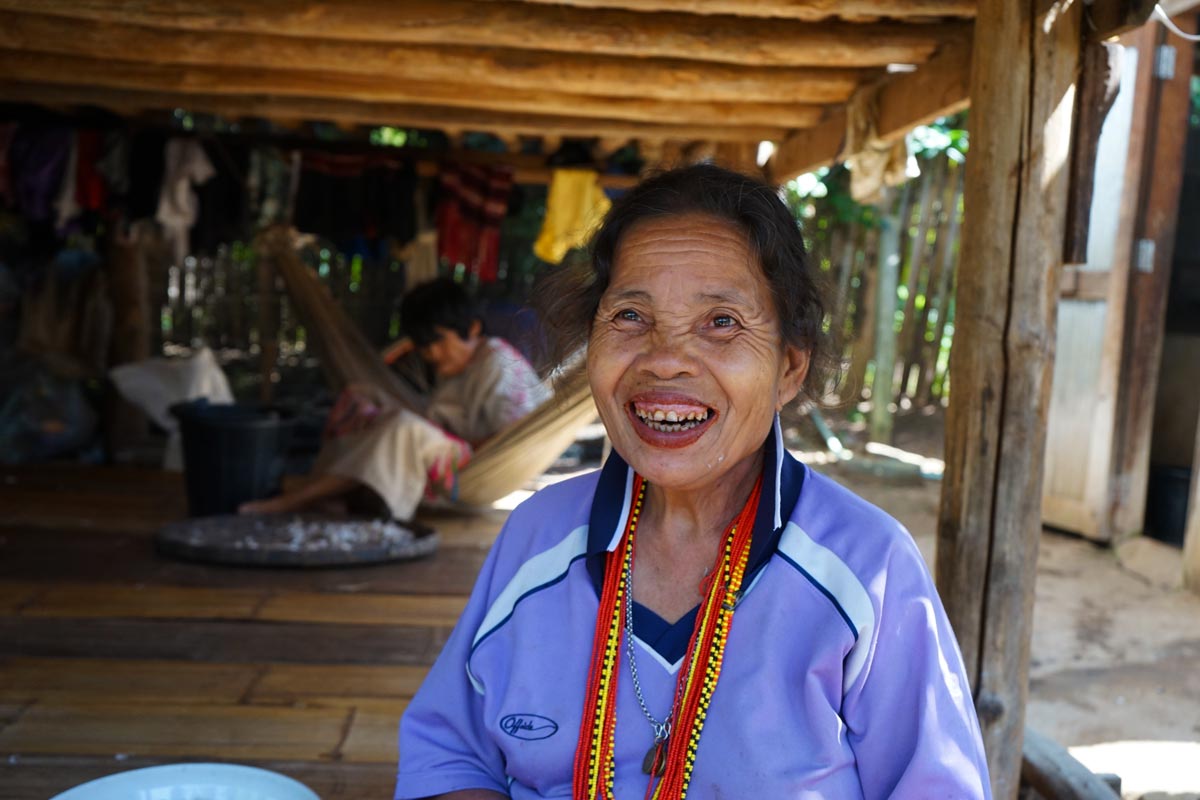 A woman in Khon Phung shucking garlic, while her daughter weaves textiles nearby. (Outpost / Michael Fraiman)

It was an amazing idea, and with a little help from a lot of dedicated people he made it happen.

There are now two shops where you take a little piece of of the tribe with you, in Chiang Mai and Bangkok. When we visited the Chiang Mai shop, I was blown away by its contemporary design—but you’ll have to wait for my next blog to see why.

Seeing this product line in person and knowing how it was made firsthand has really left a mark on me, and made me reconsider where we get our clothes and accessories.

Kent changed the lives of the Pwo Karen people forever. And knowing the details of that changed our story for the better.

Jess Abran is a professional musician and entertainment host who lives in Montreal. She was one of two winners of Outpost's Tan Your Mind Thailand contest. Read her blogs and see the series here.