At Wat Suan Dok, a stunning temple complex in Chiang Mai, we met KK, a colourful, quick-witted monk with a sense of humour as wonderful as his heart.

Patience is a virtue, and he has a lot of it. He answered our endless questions about his life, his philosophies and Buddhism in general.

Maybe the most common question, and one of our first, was, “What is Buddhism?” KK paused, gathered his thoughts and said, “Buddhism is not a religion. It is a philosophy of everyday life.” 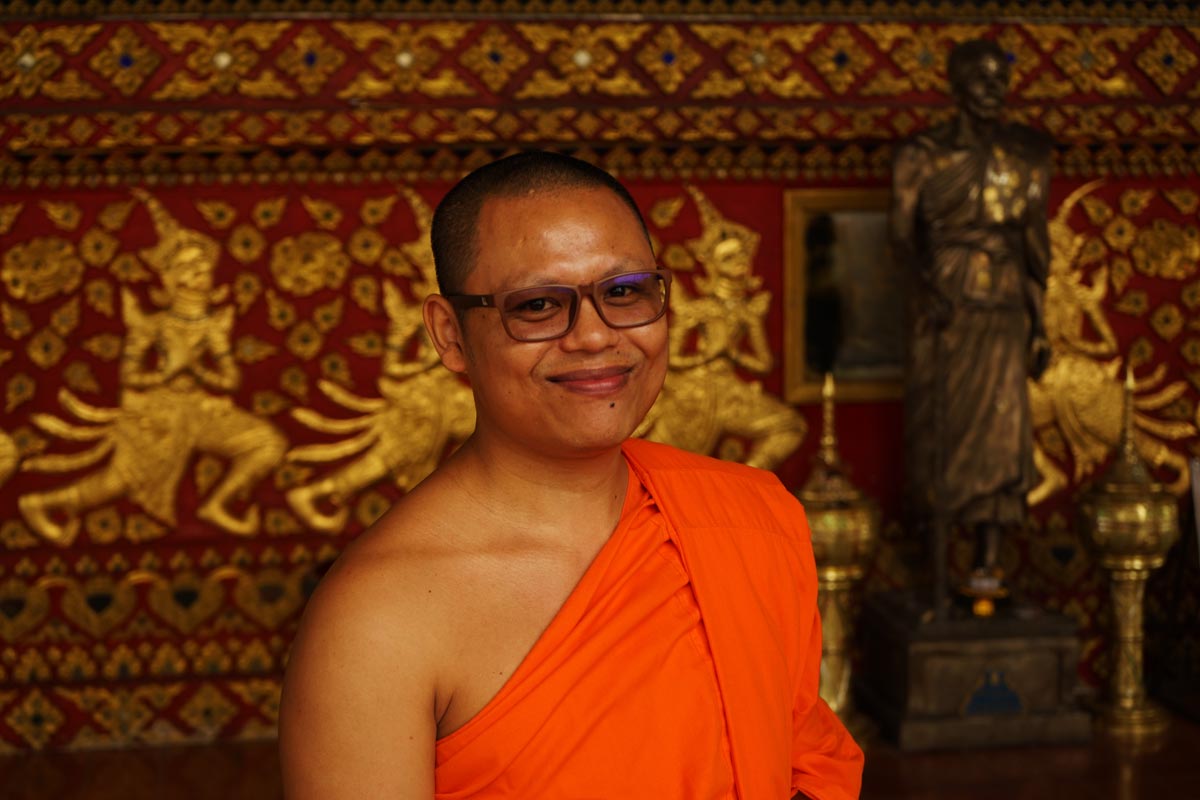 He told us about enlightenment and purity with such passion that it wasn’t a surprise when he revealed that he’s been a monk for almost 15 years. In his eyes, you could easily see his passion and admiration for life.

KK became a monk after his parents passed away. I didn’t ask what age he was when he started, but he did tell us that a youth may become a monk as young as six or seven. Some reasons for becoming a monk include getting an education, desiring discipline and achieving spiritual development. This may sound daunting for a child, but many see it as an opportunity and privilege.

Being a nutritionist and wellness educator, I was most interested and surprised by the fact that monks don’t eat after noon. They eat once at breakfast and once just before 12 p.m. The reason is that they are meditating quite often but aren’t engaging in a lot of physical activity, and must abstain from too many distractions we take for granted.

Don’t get me wrong; they do many chores such as clean the temple, take care of the gardens and maintain the statues and stupas, but as KK informed us, “A monk exercises the mind more than the body.” 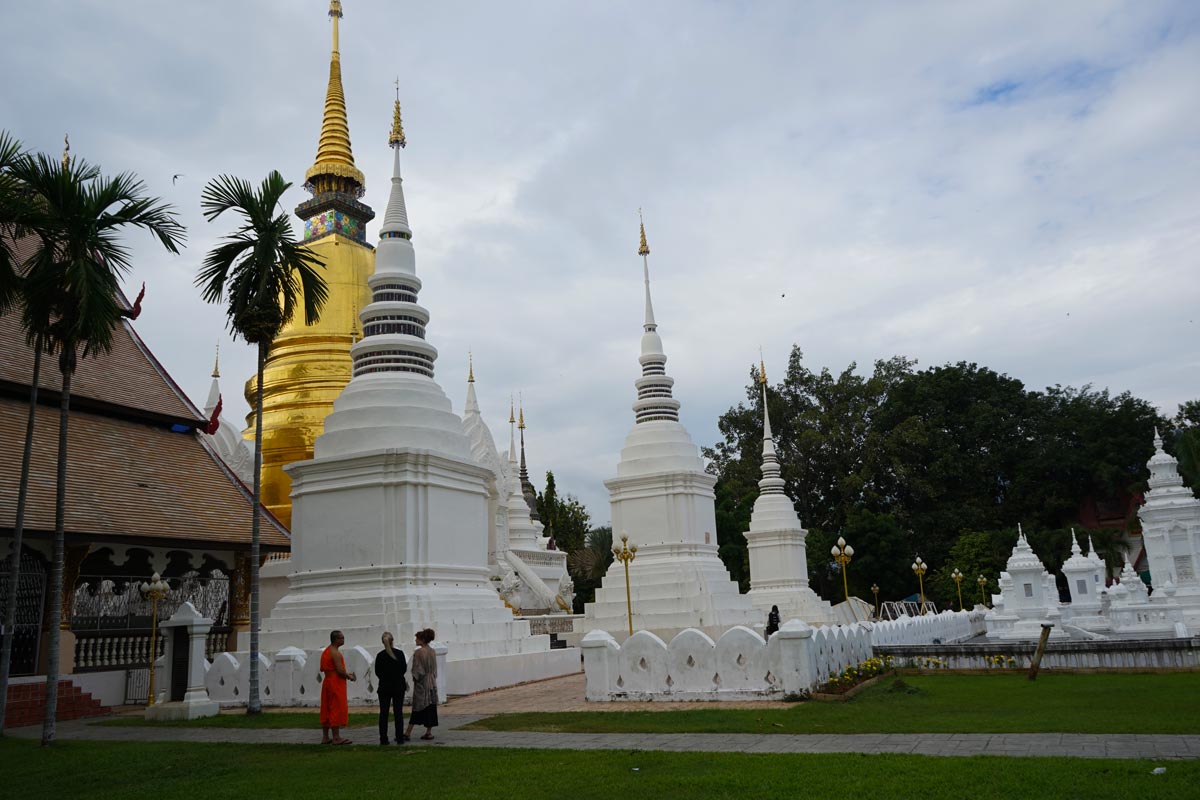 Wat Suan Dok is one of the most impressive temples in Chiang Mai. (Outpost / Michael Fraiman)

Speaking of exercising the mind, a monk meditates at least twice a day, sometimes more. Once in the morning and once in the evening, a monk will sit on a mat in one of three positions: full lotus (if your meditation skills aren’t on point, this one hurts), half lotus or cross-legged.

During prayer, when bowing to the Buddha, a monk will bow three times. The first bow is to show respect for the Buddha. The second is to show appreciation for Buddha’s teachings and the last bow is to represent the disciples of the Buddha.

KK showed us life at a slower, calmer pace. He told us to do good unto others and they will do good to you. He also gave us a lesson in being selfless.

Seeing life through KK’s eyes was a refreshing reminder to live a stress-free, happy life. “If you are not happy, then life is meaningless.”

Born in Fort St. James in northern British Columbia, Abra is one of the co-hosts for Tan Your Mind 2 Thailand. She's down for any adventure—especially if it involves eating anything weird-looking, crawling or tongue-burningly spicy. With a degree in tourism marketing, she's worked in dinner theatres, on trains and in wineries.

The Peruvian Amazon | Not a Place for Nervous People