Backpacking involves significant limbo time—journeying on trains, buses and airplanes as well as idling in stations, depots and ports. In addition to gazing at passing landscapes or shuffling locals, many backpackers bide the hours reading.

Though electronic readers and omnipresent Wi-Fi are rendering hostel book-swaps obsolete, backpacker districts in India and Southeast Asia still teem with vendors peddling plastic-wrapped (and questionably printed) copies of the same ubiquitous titles which inspire and connect wanderlusts the world over.

These novels and memoirs resonate with travellers because they encapsulate either the curious spirit of the adventuring meanderer, or the soul and bones of a place and time. They offer a deeper understanding through creative means to the backpacking experience, and are equally enjoyable beneath the dim light of an overnight bus or in the coziness of a favourite armchair.

By Alex Garland, set in Thailand. Edgy and jaded in that quintessential nineties manner, this novel is best read when hungover and bitter after partying hard on Khao San Road, at the Full Moon Party, or elsewhere along the “banana pancake trail”—the typical backpacker route through Thailand, Laos, Vietnam and Cambodia.

The Beach tells the story of Richard, an English backpacker disenchanted with Thailand’s numb-and-dumb tourist culture, who in Bangkok encounters a deranged Scotsman and is bequeathed with a hand-drawn map to a clandestine island. After the Scotsman’s suicide, Richard undertakes the perilous journey to the gorgeous island, where he discovers a backpacker commune that’s existed in harmonious isolation for six years—as well as a cannabis grow-op run by Thai gangsters.

At first, he becomes intoxicated with the romance of the island and the community. But when a series of tragic and sinister events erode the group dynamic, Richard finds himself desperate to escape with his life. With elements reminiscent of Vietnam War storytelling, this gritty novel seizes the cynical backpacker’s desire for an off-the-map utopia, and bestows it with a dark twist. Despite having been written two decades ago, Garland’s settings and characters remain an accurate account of the backpacking-through-Thailand experience. With biting lines such as “I like the way that sounds. I carry a lot of scars,” The Beach is a pleasurably disturbing and authentically cool book.

By Paulo Coelho (1988), set in Southern Spain, North Africa. Originally written in Portuguese, The Alchemist holds the Guinness World Record for being the most translated book by a living author and is one of the bestselling novels in history.

Santiago is a young shepherd in Andalusia whose recurring dream is interpreted as prophetic by a gypsy woman, and as a result sets out on a quest to discover hidden treasure in the Egyptian pyramids. En route, he encounters an elderly king who explains the notion of a Personal Legend: the goal which seems clear as a child, yet which grows increasingly daunting with age until it feels impossible. Santiago pairs with an Englishman seeking an alchemist, and the two journey through the Sahara Desert, meeting unusual characters and receiving cryptic clues along the way. 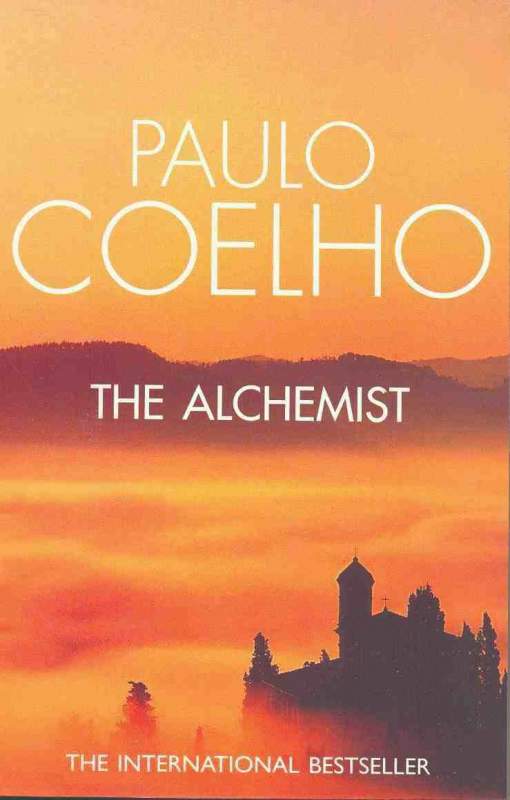 The Alchemist is an esoteric parable teeming with philosophic nuggets such as “When you want something, all the universe conspires in helping you to achieve it,” and “It’s the possibility of having a dream come true that makes life interesting.” As the New York Times so aptly wrote in its October 9, 2009 Sunday Book Review: “The novel… is more self-help than literature.” The core theme of a Personal Legend—of mustering the pluck to acknowledge and chase your dreams—resonates with backpackers, offering inspiration during moments of road-weariness.

By Jack Kerouac, set in the United States of America. Some critics condemn this novel for aggrandizing a hedonistic, narcissistic, rogue lifestyle—others praise it for that very reason. But there’s no arguing its impact on subsequent generations, as well as on prominent creatives such as Hunter S. Thompson and The Doors, with its depiction of beat culture: the first in America to reject societal norms and embrace drug use, free love and id satiation.

On the Road is a loosely fictionalized account of Kerouac’s ambles across the U.S. between 1947 and 1950, and features influential Beat characters such as Neal Cassady, William S. Burroughs and Allen Ginsberg (under pseudonyms). Written in a free-flowing manner reminiscent of jazz, the story follows lonesome philosopher Sal Paradise (Kerouac) and carefree spirit Dean Moriarty (Cassady) through a series of road trips, parties and girlfriends as they seek a sense of purpose.

The notion of wayward youth searching for themselves, in conjunction with the temporary enjoyment and ultimate dissatisfaction with cheap thrills, echoes travellers’ experiences across decades. While not all wanderers are as melancholy and aimless as Kerouac, many empathize with his character’s disenchantment with the status quo and quest for a deeper connection to life.

By Rusty Young and Thomas McFadden, in Bolivia. This is the kind of story you expect to encounter not formalized in a non-fiction paperback but regaled in a Loki hostel—recited by friends of friends until everyone traipsing the “gringo trail” (the Latin American equivalent of the banana pancake trail) has contributed to the legend.

Australian journalist Rusty Young is backpacking through Bolivia when he reads in Lonely Planet about the illegal tours of La Paz’s notorious San Pedro penitentiary and immediately decides to partake. His guide is Thomas McFadden, a convicted cocaine trafficker from Liverpool, and Young is so flabbergasted by what he encounters that he bribes officials to allow him to move into McFadden’s cell. 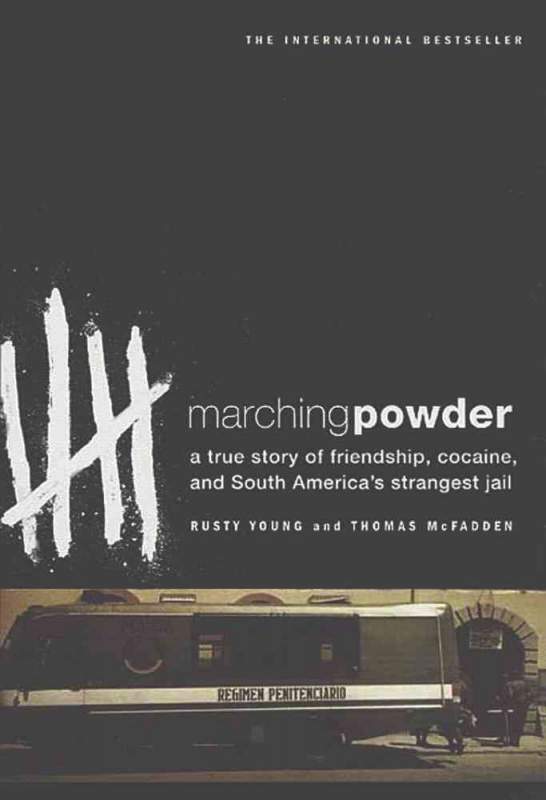 Over the next three months, Young chronicles how inmates purchase their cells from realtors, move in their families, operate stores and restaurants, and make cocaine—thus making San Pedro a violent and corrupt yet functioning prison-city. McFadden has since been released and while the illegal tours are “officially” no longer running, their actual status remains unclear (as they were never “official” to begin with).

By Rohinton Mistry, set in India. A friend once described the plot of this book this way: “Something bad happens, then something worse happens, then something kind of OK happens, then something terrible happens—it’s great!” Winner of Canada’s top book award, the Giller Prize, shortlisted for the Booker Prize and one of just two Canadian novels recommended by Oprah’s Book Club, this lyrically elegant novel depicts with nuance the finding of pleasure and comfort amidst catastrophe and despair.

Set in an anonymous Indian metropolis, the narrative follows the lives of four people from diverse backgrounds who are thrust together due to the country’s economic changes. Dina comes from a wealthy family and was a tailor until her eyesight failed; Ishvar and Om are members of the lowest social caste and are employed by Dina; and Maneck is a parentally coddled yet socially ostracized college student renting Dina’s spare room. 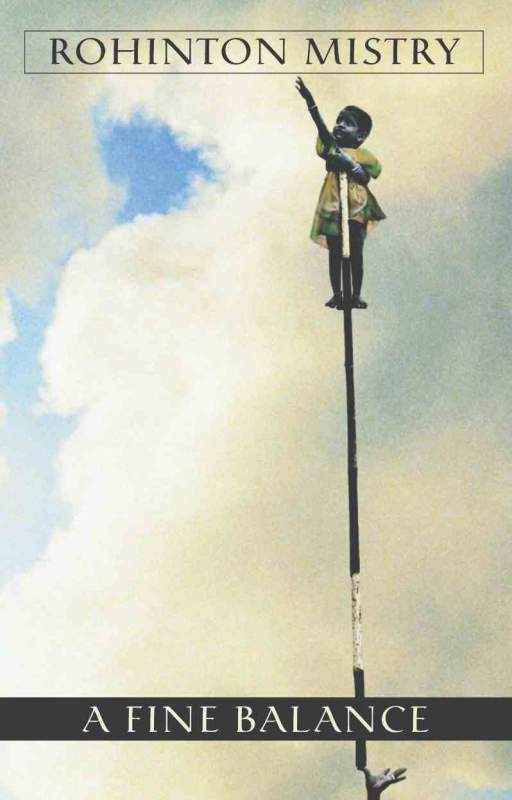 A Fine Balance chronicles the changes and challenges endured by these characters during India’s most notorious political turmoil of the 1970s called The Emergency. This isn’t the type of book you consume lying on a towel on Varkala Beach.

Rather, it is best read curled on the berth of an overnight train where the clacking mechanics and snoring passengers are keeping you awake and pensive. A Fine Balance offers a colourful and informative glimpse into the staggeringly multifaceted backdrop of modern India.

By Gregory David Roberts, set in Mumbai (Bombay), India. Procuring Shantaram from a Frogger-like book tout hawking in Indian traffic is almost as archetypal an experience as devouring dosas from a bustling roadside stall or sipping chai from tiny clay cups. Heftier than a hiking boot, this quasi-fictional tale of fantastical adventure is worth its weight.

In the late seventies, Australian Lindsay Ford is sentenced to 19 years in prison after a series of armed robberies—but in 1980 he manages an incredible daylight escape and flees to Bombay. Shortly after his arrival, he loses everything to a mugger and seeks refuge in one of the metropolis’s notorious slums.

When a devastating fire and then a cholera epidemic sweep through his new home, he devotes himself to aiding his neighbours, forming passionate friendships and discovering the daily challenges and cultural nuances of slum life. His astonishing escapades whisk him from opium dens to Afghani battlegrounds, and are interwoven with a diverse cast of enigmatic characters. 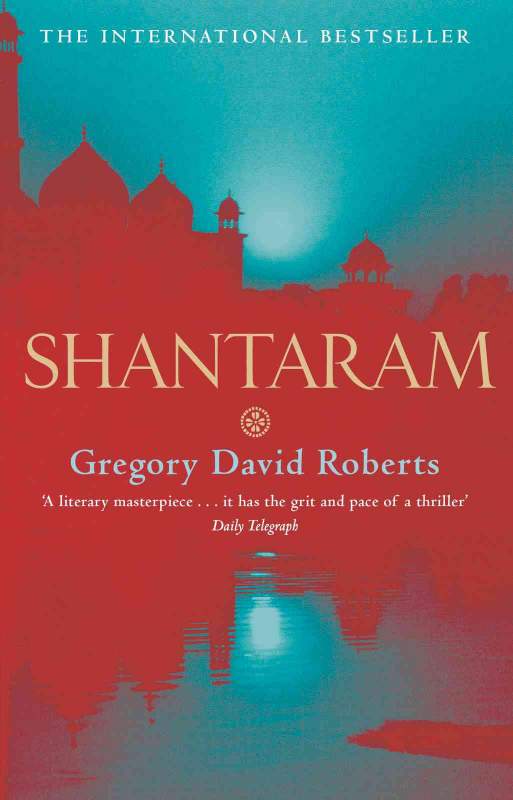 There is debate regarding how much of Shantaram is grounded in Roberts’s own experience. Records indicate that Roberts did break out of jail in Australia and abscond to Bombay, yet many of the subsequent incidents have either been disproven or are impossible to validate. While Roberts insists all the characters are fictional, people have stepped forward claiming to be or to know the real-life individuals upon which the book is based.

This mysteriousness heightens Shantaram’s appeal, transforming it from mere story to modern legend. As an aside: Leopold Café, which is featured heavily in the book, is an actual place in Mumbai. Though undoubtedly more touristic nowadays than in Roberts’s time, it is a worthwhile visit for all “Shanta-fans” and serves excellent lunches.

First They Killed My Father: A Daughter of Cambodia Remembers (2000)

By Loung Ung, in Cambodia. Cambodia’s past is extremely palpable, from the jaw-dropping Angkor temples erected by the Khmer empire between the ninth and 15th centuries to the bone-strewn killing fields dug by the Khmer Rouge between 1975 and 1979. Based on the doctrines of Stalinism and Maoism, the genocide under Pol Pot’s regime resulted in the death of a quarter of the population; countless others were imprisoned and tortured in labour camps.

First They Killed My Father is an eye-opening, gut-wrenching memoir of that holocaust. Ung is five years old when the war begins; she is separated from her family members, who are enslaved in work camps, and forced to train as a child soldier in a detention centre for orphans. When the Vietnamese army invades Cambodia to liberate its people from the Khmer Rouge, Ung and her surviving siblings are gradually reunited. 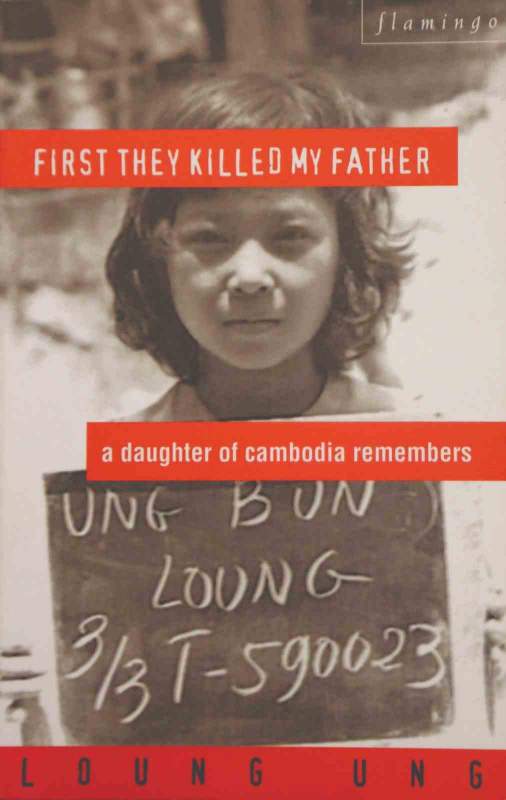 Inspired by her brother’s courage and her sister’s compassion, Ung summons the bravery and resilience needed to survive—demonstrating the secret strength of young children. Honest yet graceful, this is an emotionally challenging book, particularly when you are in Cambodia and encountering sites of mass graves and towers of human skulls.

That said, it is a crucial read for anybody travelling through the country—it offers a human context unmatched by any online or guidebook explanation.

By Amanda Lindhout and Sara Corbett. A horrific recount of kidnap and torture abroad, this might seem like the last book you should read before you go travelling.  I devoured it in the airport before a red-eye to Israel, remaining awake and panicking throughout the flight. Yet this cautionary tale is not just about what harrowing disasters may befall you overseas, but also how to summon the courageous optimism to survive them.

As a child, Lindhout sought asylum from her violent home life in National Geographic magazine; later she saved up her waitressing tips and backpacked through Latin America and the Middle East. Her travels instilled her with confidence and determination, and she became a budding television reporter by her mid-20s, covering conflicts in Afghanistan and Iraq.

But when Lindhout and her photographer boyfriend venture to Somalia, they get kidnapped by Islamic fundamentalists and held for a ludicrous ransom for 460 days. A House in the Sky sparked a discussion over whether Lindhout was unlucky, naive or a combination of both. While many travelogues evidence how “fortune favours the bold,” this frank memoir offers a reality check that may prevent green wanderlusts from making similar mistakes.