Beach Hoarders, Beware: Italy is Fining Anyone Caught Saving a Seat on the Sand.

Travel should be an opportunity to rejuvenate yourself, to widen your horizons, break out of your routine, meet new people, face new challenges—and just all-around recharge your mental, spiritual and physical batteries.

Now, that may all sound a bit idealistic and pie-in-the-sky. But in my experience, while I may be glad to return to my own bed, shower and fridge for midnight snacks, I have never arrived home thinking, “That’s it—no more travel for me!” 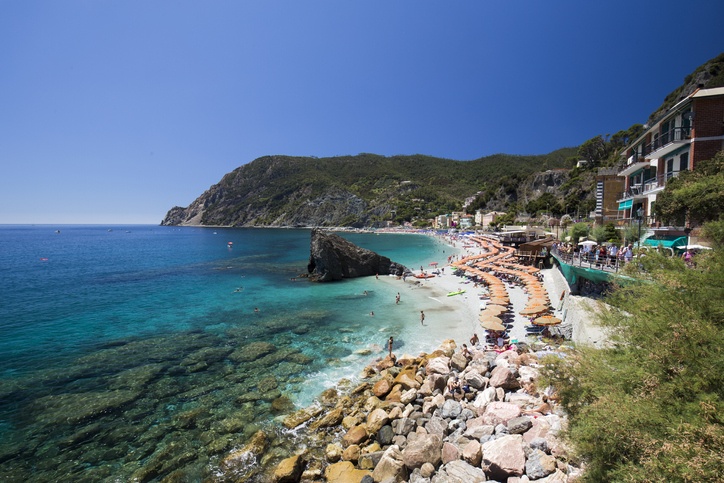 Of course, it hasn’t always been wine and roses. As anyone who has ever followed my Local Knowledge and Excess Baggage columns in Outpost magazine has likely discovered, I’ve had my fair share of accidents, illnesses and incidents along the way. But none have soured my wanderlust.

There are aspects of travel that can be confounding, frustrating and downright annoying—even when doing your utmost to stay relaxed and let no one spoil your long-earned and well-deserved vacation. Flight delays, lost luggage, labour disruptions and lousy weather come to mind as tests for the most patient of souls.

Yet there’s one complaint I’ve always made that, finally, one European country is doing something to address.

There’s a phenomenon on European beaches—and anywhere that Europeans of a certain persuasion frequent—that annoys not just me but many travellers. That is the habit of staking out sun chairs or prime spots of beach with beach towels either before dawn or the night before, even though they have no intention of rolling down to the beach until midmorning at least.

It’s thankfully not a strategy that North Americans have widely adopted, but it is common with some other nationalities. So notorious is it in Europe that the prime culprits (who shall remain nameless in this column in the interest of international relations) are frequently made fun of on comedy programs, newspaper cartoons and everyday conversations throughout many countries on the continent.

It may not sound like a big deal, but it is if, like me, you tend to get up early every morning while on vacation so as to make the most of your precious time, and head to the pool or beach only to find the best—and sometimes even all—seats “reserved.”

The coconut-oiled villains are past-masters at the practice and will sometimes stake out their spots on their way home from the disco at 3 a.m., or set their alarm for the 6 a.m. jaunt to do so before returning to sleep until noon.

Many hotels have rules against this annexation, but few rigorously enforce it. Yes, you could whip up their towels and slam-dunk them into the nearest laundry-hamper, but if the towel’s owner is a former Olympic shot-putter your just action could end up just spoiling your day.

Thankfully, it’s Italy to the rescue! The Italian coast guard announced last summer that, effective immediately, they would start confiscating towels, beach chairs and umbrellas staked out in the wee hours before the beach is even open. And if that’s not enough, their owners would be fined 200 euros to get them back (which likely means it’s just cheaper to go to the nearest beach hut and buy new stuff—even cheaper to do so twice!).

Within hours of the ban, the coast guard had scooped up hundreds of trespassing possessions up and down both sides of the Italian peninsula, thereby leaving those of us who plan ahead, get up early for our cornetto and latte macchiato and arrive at the beach bright and early, free to still get good spots.

There’s no word yet on this regulation catching on in the Caribbean, or other spots we North Americans tend to head to during our long, cold and dark winters—but if it proves to be a revenue generator for the Italian government and makes the majority of beach-dwellers happy, it might well happen to a beach near you sometime soon.

Four Oceans, No Planes | Art, Booze and Cars in the UK

A Lesvos Experience | in the Aegean off Greece