The Dark Side of Backpacking

Tubing, which constitutes floating down the bar-laden Nam Song River on inner tubes, was rivalled only by Koh Phangan’s full moon parties for alcohol-, drug- and sex-fuelled hedonism—at least until 2011, when 27 backpackers died, mostly on the same one-kilometre stretch of water.

When the numbers were finally revealed (alongside rumours that the actual figure is higher since many fatalities were taken straight to Vientiane and drug overdoses went largely unreported), the Laotian government cracked down. But while the travel community mourned their fallen comrades, they largely overlooked the cultural havoc that had been wreaked on the modest village since tubing grew into a monster circa 2009.

Most backpackers would never think themselves guilty of partaking in exploitive forms of tourism. Yet such practices aren’t always as overt as, for example, hiring an underage prostitute. The right to go bananas while offending and degrading locals isn’t something you should purchase, regardless of whether you can.

I don’t remember much about my own tubing experience from 2010. I recall losing a toenail, then bursting into tears because I was so drunk and high that I thought it’d never grow back; there were ziplines and rope swings despite it being the dry season, when unforgiving rocks lurked just beneath the murky surface; and I took part in a muddied and bloodied crowd of swimsuit-clad backpackers staggering past hand-painted signs imploring foreigners to respect local customs by covering up. 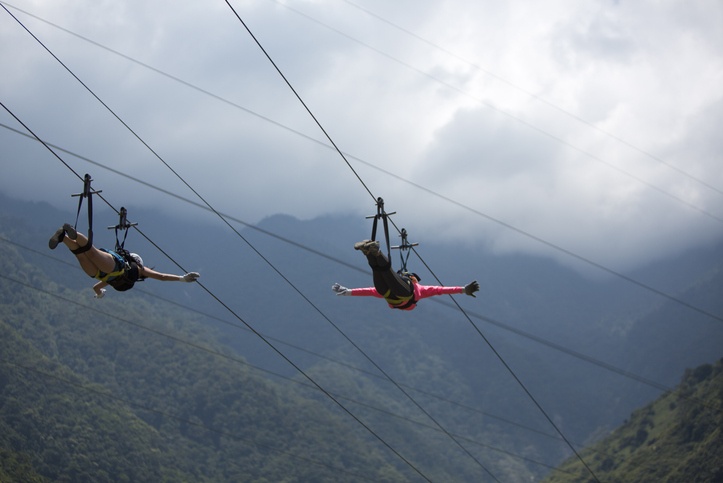 I also have a hazy memory of public urination, uncontrollable vomiting and waggling genitals (none of which were mine, by the way), and being astounded by the notion of this happening every day. At least on Koh Phangan, the residents (mostly) caught a break from drunken, belligerent foreigners during the rest of the lunar cycle.

Despite the natural splendor of its gaping caves and ambrosial jungles, Laos is among the poorest of the Southeast Asian countries, at least partly due to the US carpet-bombing operation during the Vietnam War, which earned the nation the tragic title of most bombed country per capita in history. So when tubing began to attract tourist attention around the turn of the millennium, enterprising locals encouraged the trend. And what better way to draw adventure-seeking, freedom-celebrating 20-somethings than with cheap booze, accessible drugs and no rules?

During the tubing zenith, residents were outnumbered by tourists 15 to one, according to a comprehensive Guardian report. This resulted in many young inhabitants becoming addicted to drugs and alcohol, the river no longer being suitable for family outings (some Laotians believe it’s now haunted by the restless spirits of deceased tubers), and a traditionally conservative society being subjected to backpackers at their wildest.

Yet Vang Vieng’s is ultimately a success story. According to a 2016 story by The Independent, it’s been more than three years since the last tubing death, yet there were more visitors in 2014 than ever before—although now over 50 percent are Asian, says the province’s tourism office. You can still go tubing, but heavy restrictions are in place, with bars open in rotation and the daily number of tubers limited. Closing times are strictly enforced, and marijuana- and mushroom-infused food is no longer advertised on menus. For id-motivated backpackers, it’s a shell of its former self; for locals, it’s welcome relief.

But Vang Vieng is not the only place where locals have had to sacrifice their cultural morality and residential peace for tourist dollars. San Pedro on Lake Atitlán is one of the many backpacker hubs along the gringo trail famed for its flowing booze and cheap cocaine. Consequently, this Mayan village—where most residents belong to an Evangelical church that denounces not only alcohol but also pop music and dancing—is flooded with hearty partiers. Anybody who’s been there longer than a few days knows that tuk-tuk number 79 sells cocaine and the banana-bread ladies vend hash and mushrooms.

This has led to addiction and violence within the community. My Spanish teacher in San Pedro told me many locals blame overindulgent backpackers for what’s happening to their village, although she believed it’s a chicken-and-egg scenario. This resentment is countered by the fear that, if the authorities come down too hard, then the travellers (and their money) will dissipate. There’s a village across the lake that isn’t on tourist radar that’s rife with poverty and crime.

Developing nations desperate for foreign cash sometimes compromise their indigenous groups, native fauna and cultural values to entice tourists any way they can. Many backpackers—my younger self included—get so caught up in the excitement of travelling that they don’t comprehend the true cost of their actions. But no matter where you are or how much you paid to be there, you’re a guest—so mind your manners.

Living the Mars Simulation | The Real-Life Mission to Boldly Go