The Dreaded Portage! | A Beginner’s Guide to Solo Canoeing (Part 3)

Carrying a canoe through rugged wilderness can be an empowering kind of experience, with a little bit of practice. Here’s the next installment of Tori Baird’s “A Beginner’s Guide to Solo Canoeing” — the dreaded portage!

By Tori Baird, Photos by Jim Baird and courtesy of Tori Baird

I have often heard people refer to canoe trips as “portage trips.” This is wrong, and if anyone ever approaches you and invites you to go on a “portage trip” tell them no. Canoeists are not going canoeing for the portages; they are doing portages for the canoeing. Big difference.

All jokes aside, portaging is an essential part of backcountry travel and is not typically the most favoured part of canoe tripping. A portage is when you carry all your gear over a piece of land that connects two bodies of water, or around an obstruction such as a waterfall or dam.

Portaging from one lake to the next is what can take you from the front country to the backcountry and separate you from the noise and haste of motorized vehicles.

My first few times portaging were less than efficient, to put it mildly. I remember carrying fishing rods and paddles in one hand while holding the clipped roll top of a 35-litre dry bag in the other. It was my third trip of the portage back to grab the last few random items that had been left behind.

The bugs were biting and with both hands full I had no way of swatting them away, the rods kept slipping out of my grip, and due to the weight of the dry bag I had to keep stopping to readjust my grasp. It felt sloppy, disorganized, and just overall annoying. 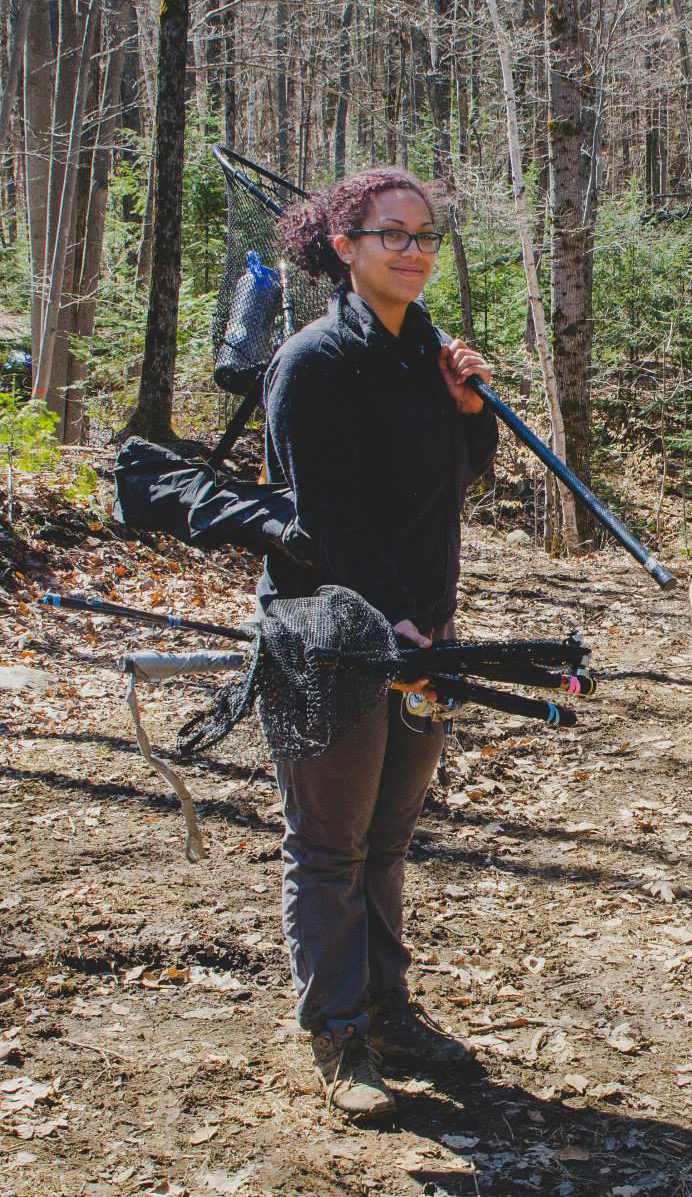 A portage “not so very organized,” as described by Tori.

This is why it’s important to organize your gear appropriately at the beginning of each portage. When pulling up to the beginning of the trail, a kneejerk reaction may be to grab as much as you can, as quickly as you can, and just start walking. This may be OK for a short carry over, like a 50-metre portage around a dam.

But for a portage of any significant length, you’ll want to be comfortable (as comfortable as one can be when carrying 80 lbs. or more on their back). It is worth the added time it takes to consolidate your gear in such a way that you will be able to carry it in, ideally, two trips or less. Remember, that includes the canoe itself.

For a double carry, which means to complete the portage in two trips, you’ll want to make sure you know exactly what you’ll be carrying for each load before you start walking. The nice part about a double carry is that on the way back for your second trip you get to enjoy the things you may not have seen or appreciated while carrying a heavy load. 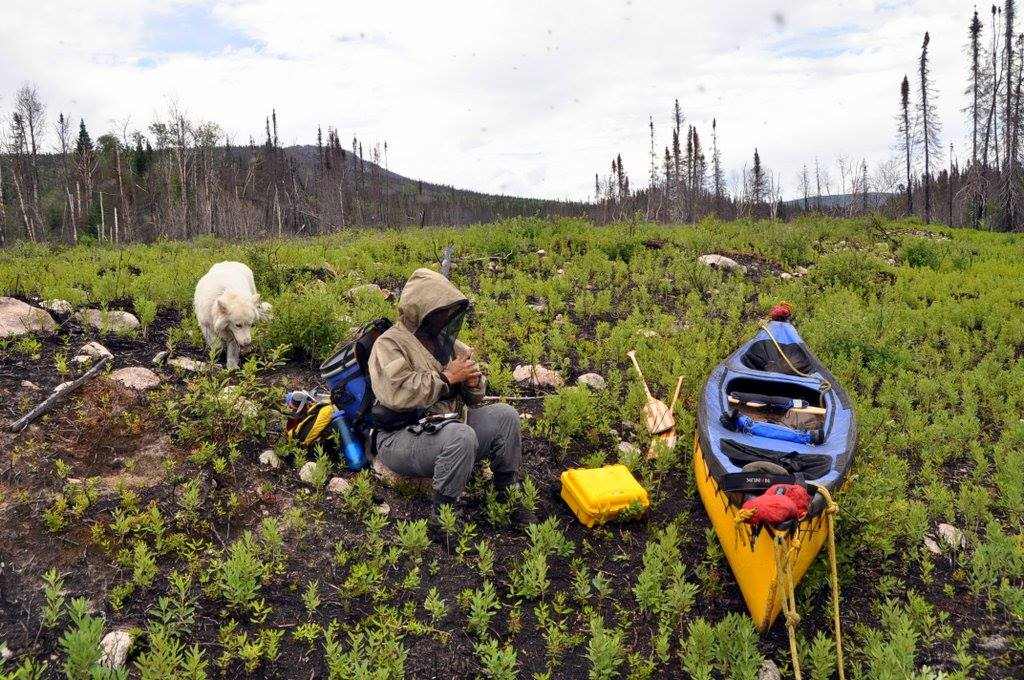 Tori on a “double-carry” portage: carting the gear from one place to another in two trips.

And though a double carry may slow you down a bit, it can still be the more effective option because you’re less likely to get injured trying to carry too much and may have to take less breaks along the way. I don’t think I’ve ever done a canoe trip that hasn’t required a double carry because I like to bring along items that may be considered more of a luxury than a necessity. (I generally choose to travel heavier than some.)

Another way to complete a double carry portage is to leapfrog your gear. This is something I would recommend for longer portages to avoid being too far away from your gear at any point.

For example, if you have a 3-kilometre portage you may want to drop your first load at the halfway point; head back for your second load and carry it all the way to the end of the portage; then head back to where you had dropped your first load, only 1.5 kilometres away. 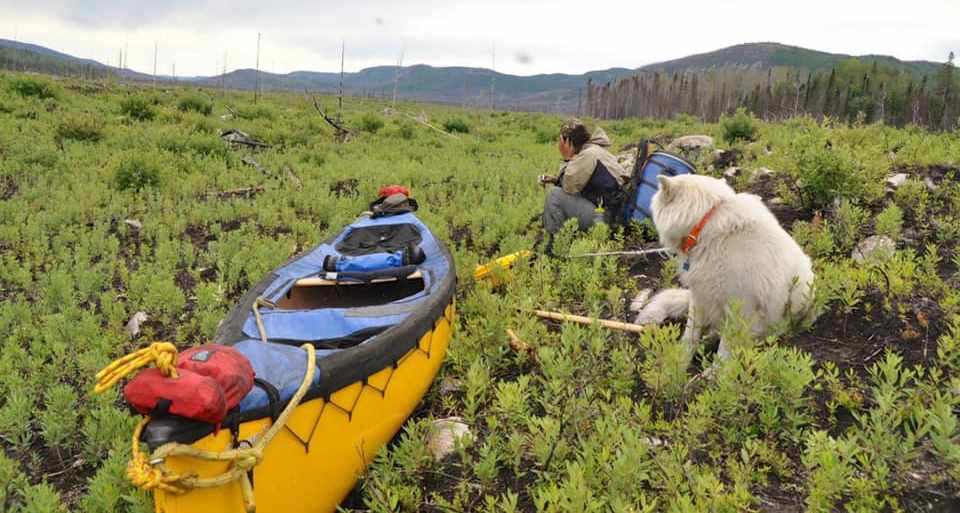 Leapfrogging is another way to go, if multiple trips are necessary.

A single carry is just as it sounds: completing a portage in a singular trip. Some people like to travel ultralight, forgoing some of the aforementioned “luxury items” in order to travel further faster, while others don’t mind completing a single carry with a heavier load.

Typically, a single carry will require you to double pack — meaning you’re carrying more than one heavy item at once. For example, carrying all your gear on your back while also carrying your canoe on your shoulders. Which is often times what people find most intimidating about portaging: getting the canoe from the ground onto their shoulders. 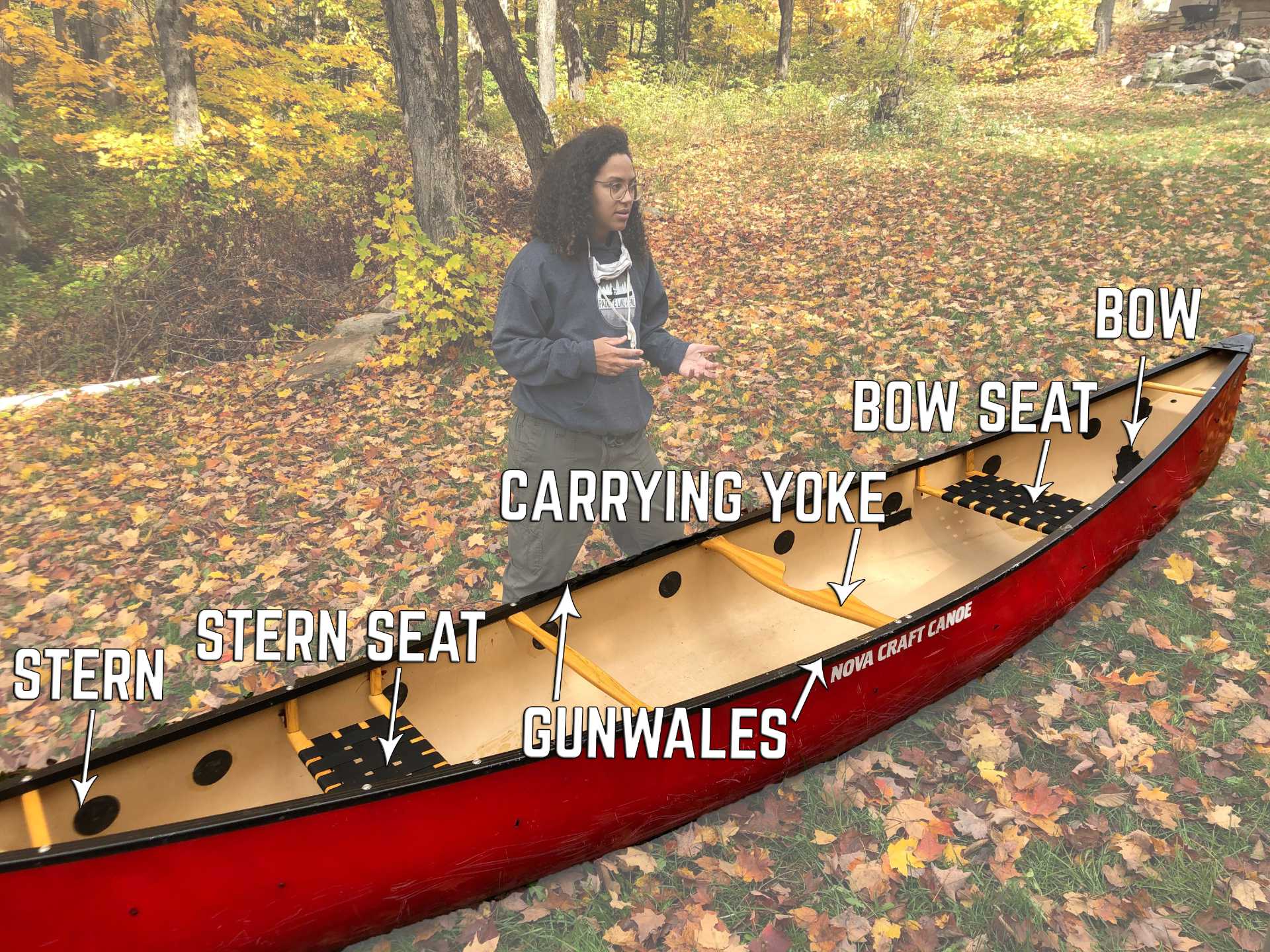 The basic parts of a canoe.

There are a few different ways to do it without having to be the Incredible Hulk, even if your canoe is on the heavier side. Here’s a rundown:

This is an ideal lift when travelling with a heavier canoe because a lot of the weight will be transferred to the end that is still resting on the ground.

This one is all about technique and coordination (with a wee bit of moxie), because you are using a bit of momentum to get the canoe above your head to catch it on your shoulders. Standing at the centre of the canoe with the carrying yoke directly in front of you, grab the gunwale closest to you with both hands and pull the canoe up to rest on your thighs.

From here, grab the carrying yoke with your rear hand and reach across and grab the opposite gunwale with your forward hand. Using power and momentum from your legs and hips, swing the canoe up in the air, at the same time twisting to face forward and allow the canoe to land on your shoulders, catching it with a soft bend at the knees.

Though the canoe-flip method sounds a little more intimidating, it is a very common way paddlers get their canoes up onto their shoulders, and with practise it can become the most efficient option to avoid burning out your arms, having to muscle it up over your head every time.

If you’re travelling with an ultralight canoe, you can use the same method as the canoe flip but without the added power from the legs, as they’re specifically built to be light enough to lift and carry solo. 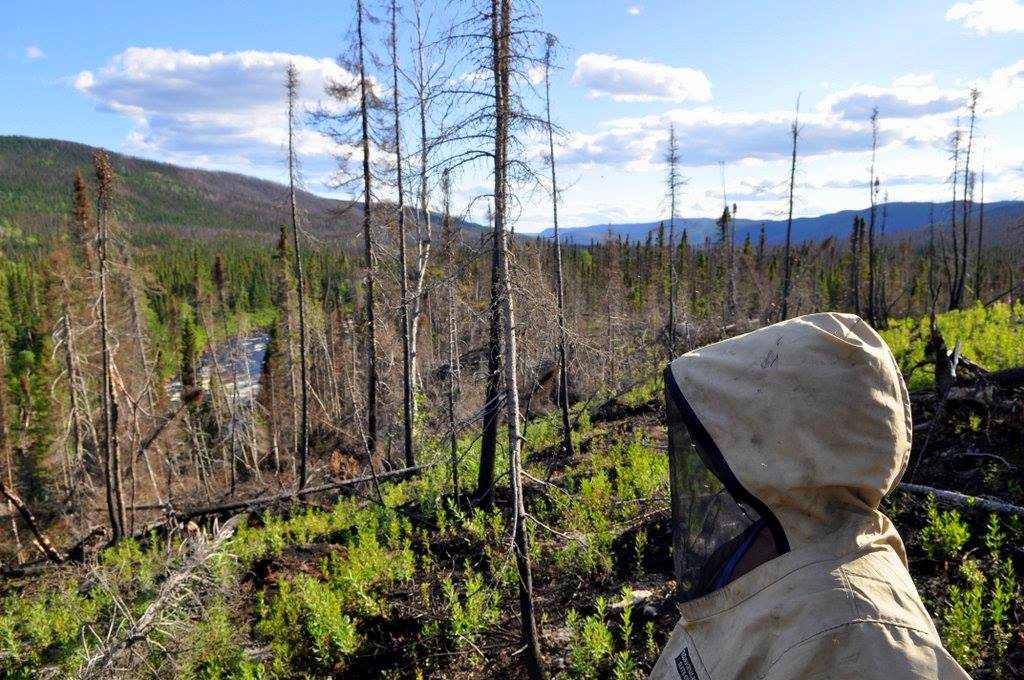 View from a portage: going back mor than once lets you see things you might have missed.

After years of tripping I still find myself discovering new, more efficient ways to prepare for a portage. And it always varies depending on whether I’m solo or with a group, and how long the trip is. I also find that the first portage of any trip feels a little uncomfortable or disorganized, but by the end I have it down to a science.

Everyone has a system that works best for them when it comes to portaging, and unfortunately, it takes a few annoying experiences to really hone it in. But once you do, maybe “the dreaded portage” won’t be so dreadful after all.♦

Tori Baird is a canoeist and wilderness adventurer who has expeditioned in some of Canada's most rugged and wild places, including in several fly-in-only remote regions. She now runs "Paddle Like a Girl," outdoors' skill-building and canoeing workshops that are geared to women, and you can find out more about them at www.paddlelikeagirl.com. To see more of her in adventure action check her out on IG @ToriGoesOutside and @PaddleLikeaGirl_

After Decades of Darkness, Albania is Now Beckoning Travellers In