Even for an Italian Like Me, Rome is the Eternal City

Even for Italians — even with great expectations — the stunning city in the heart of Western Europe doesn’t disappoint.

Roma caput mundi, “capital of the world,” the Romans used to say. Living in Italy, I grew up with the myth of Rome instilled in my mind. At school—I also did Classic studies—we spent hundreds and hundreds of hours studying Roman history, learning how this small village in Central Italy became the center of one of the greatest and most enduring empires the world has ever seen.

I visited Rome for the first time when I was 20. It was a short visit, one day, for a flight layover the next morning. I have hazy memories of that trip, only snapshots of what I did and saw. Vivid are the feelings that I felt, a mixture of happiness and astonishment.

I had great expectations for Rome and she didn’t fail me.

As soon as I got out of Termini train station, my first thought was to go to the Coliseum, Rome’s most iconic monument. After a few steps outside the station, I realized that that city was not like anything I had seen before. It was a special place. Fine buildings, fountains, ancient ruins, churches, avenues, sculptures… wherever I cast my sight there was something beautiful drawing my attention. Dazed by all those inputs, I reached the Coliseum and it knocked me out.  I had seen images of it thousands of times, but in person, that massive, ancient arena literally stunned me.

Sitting on the terraces inside, I thought of the thousands of men who had perished there, surrounded by the roar of the crowd.

Generations of men vanish quickly and only their works remain to testify their existence. This feeling of the frailty of human life is more intense in the Roman Forum, where the great monuments of Ancient Rome are now ruins scattered in a patch of grass. Walking in this part of the city, a sensitive soul cannot help being overcome by a sweet melancholy. 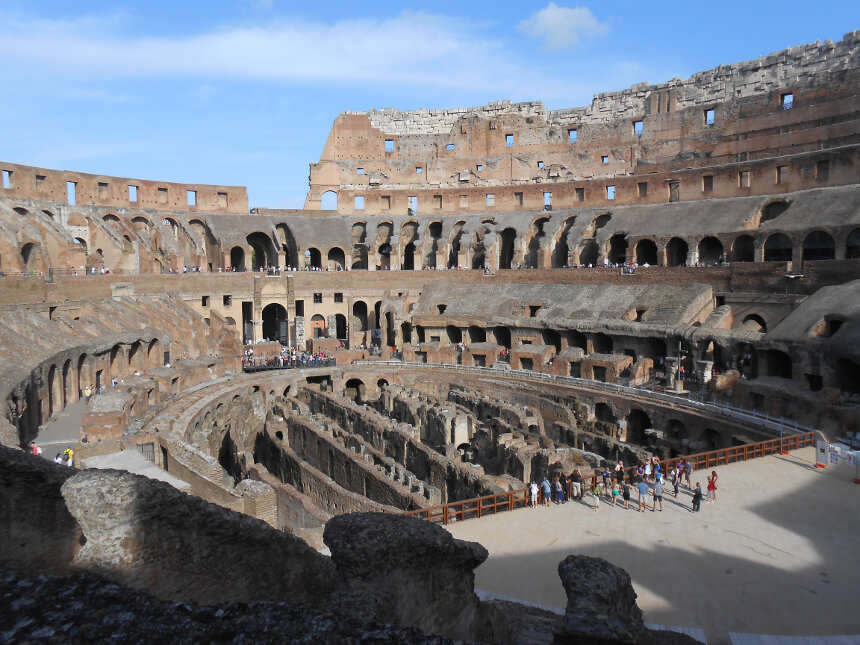 But the beauty and grandeur of Rome have not faded at all—quite the opposite. At a stone’s throw from the Forum are outstanding monuments like the Altar of the Fatherland and the Capitoline Hill with its famous square designed by Michelangelo.

Many years have gone by since that trip to Rome, and I can’t remember exactly which itinerary I followed, what I did and saw. What I do remember is an endless stroll. I walked until sunset, literally drawn by an uncurbed desire to explore that magical city.

I recall the wide and elegant squares encircled by mansions, palaces and embellished by marvellous sculptures and fountains: Piazza Navona with the famous Fountain of the Four Rivers, Piazza del Popolo with the Egyptian obelisk and the twin churches, Campo dei Fiori, Piazza di Spagna… yes, I remember climbing up the charming Spanish Steps, adorned with flowers, up to Trinità dei Monti, and from there enjoying a superb view over the roofs, the pastel-coloured buildings, the green terraces and hundreds of church domes. Because Rome is also the capital of Christendom. 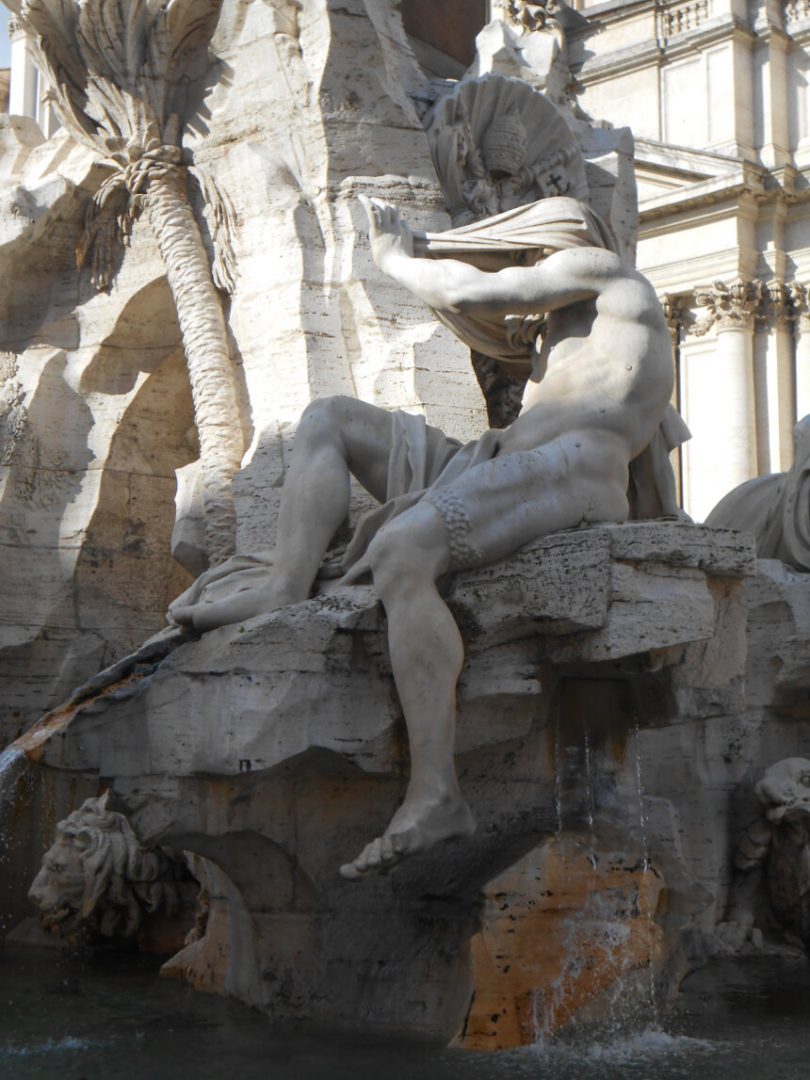 Fountain of the Four Rivers.

The churches of Rome never end, there is one at every corner, and I am not talking of impersonal, humble temples—most of the time they are works of art: St. John Lateran, St. Mary Major, St. Paul Outside the Walls, the Pantheon, a masterpiece of Roman engineering. Then, there is the church of all churches, St. Peter’s Basilica.

The route to reach the Vatican City, the world’s smallest state, is very evocative. Firstly, you have to cross the Tiber, the river to which the history of Rome is closely tied. I crossed it from Sant’Angelo Bridge, the pedestrian stone bridge that leads to the impressive Castle Sant’Angelo, formerly a papal fortress and the mausoleum of Emperor Hadrian.

The view of Castle Sant’Angelo from the bridge, framed by two flights of angel sculptures, is one of the most fascinating in all Rome. I stopped for some time on the bridge, leaned on the balustrade to contemplate the waters of the Tiber passing through the arches, in the company of the angels. Nothing can quite prepare you for the sight of St. Peter’s Square. 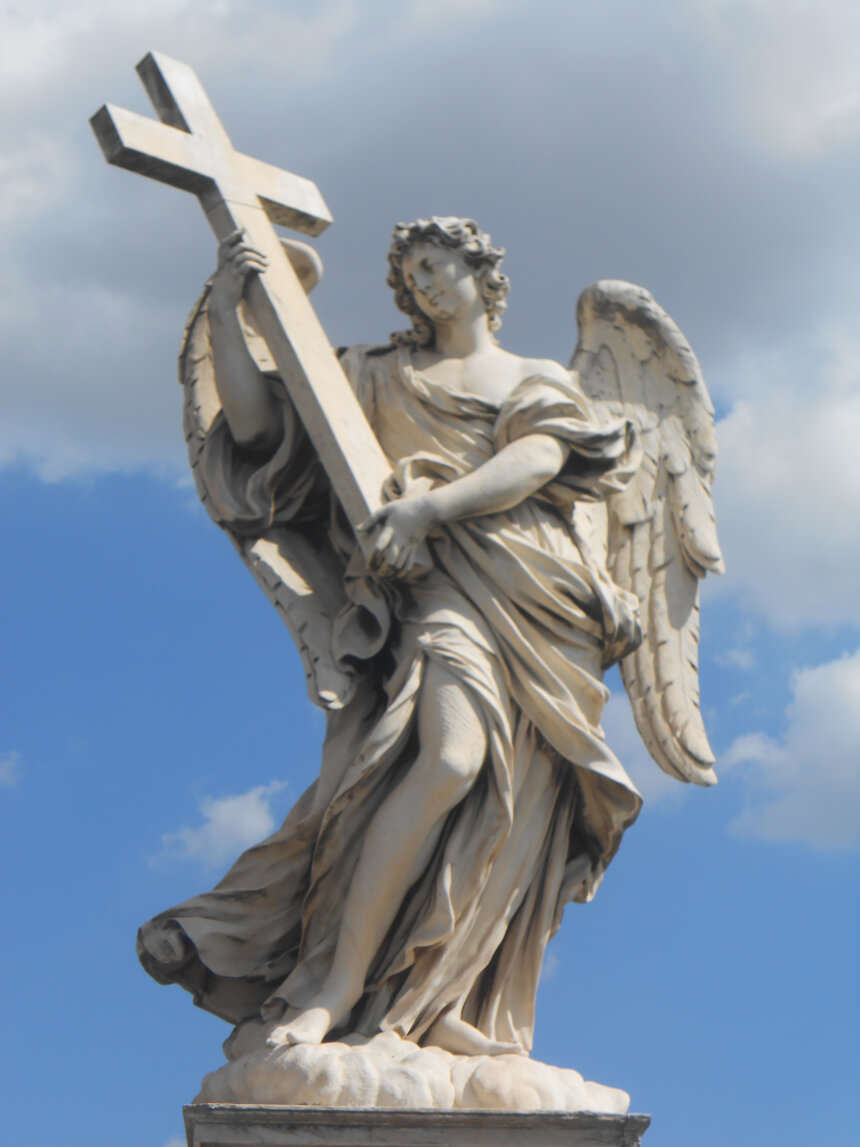 Being in that place will always leave you speechless. The huge oval space is surrounded by the immense colonnade of Bernini, an extraordinary architecture which seems to embrace all the faithful and the whole of humanity. The colonnade addresses the sight and the crowd of pilgrims to St. Peter’s Basilica, the largest Christian temple in the world, with its unmistakable dome overlooking Rome.

Visiting St. Peter’s Church is an emotional experience even for non-believers. The interior houses some of the greatest works of art, such as the Piety of Michelangelo, as well as the tombs of the popes. 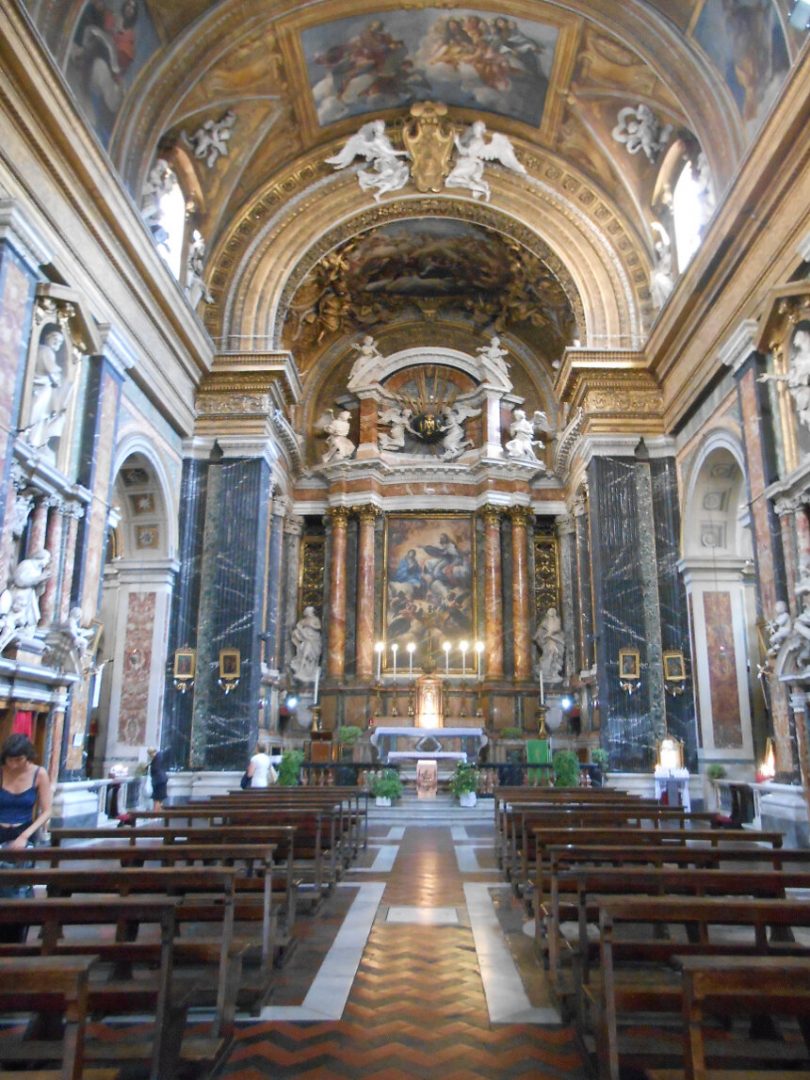 Inside Church of Saint Mary Major.

I kept walking until dusk. When the lights start to light up, Rome wears her most beautiful dress to charm locals and tourists alike. “Rome, don’t be silly tonight! Help me to make her say yes!” says a popular song from Rome.  I was alone that night, beside me there was no girl to seduce. I was the seduced one.

My first day in Rome ended at the Trevi Fountain. Staring at a starry summer sky, with my back to the fountain, I tossed my coin in the water, as millions of people do every year, expressing the wish to return to Rome someday.

Luckily, I’ve since come back to Rome many times after that day. One can’t get enough of Rome, its beauty doesn’t belie and doesn’t wilt.

After all, it is the Eternal City.