The Newly Restored Trans Bhutan Trail | Spotlight Adventure for 2022 & Beyond

This year, we’re highlighting trekking adventures (can you blame us?). We’ve spotlighted the spectacular and new but still-being created Transcaucasian Trail (in Georgia and Armenia), the amazing network of trekking trails that spans across Europe (the E-paths),  and are revisiting an Outpost editor’s 10 Tracks, Trails & Treks wish-list that spans across the globe. So many treks to undertake, so many more to write about.

And to that point, here’s another pretty cool one: the just-reopening, newly-restored Trans Bhutan Tail — which actually hasn’t been closed because of the pandemic, but for more than 60 years.

According to the Trans Bhutan Trail project, the east-west pathway that crosses the center of the small Himalayan country that lies between Nepal and China was “for hundreds of years…used by pilgrims, messengers, armies and traders,” and until as late as the 1960s, was “the only way to travel and communicate with others across the country.” The now 403-kilometre (250-mile) trail goes from the valley and town of Haa in the west to the town and district of Trashigang in the east, and apparently, you can hike, cycle or run it, or do a combination of all. 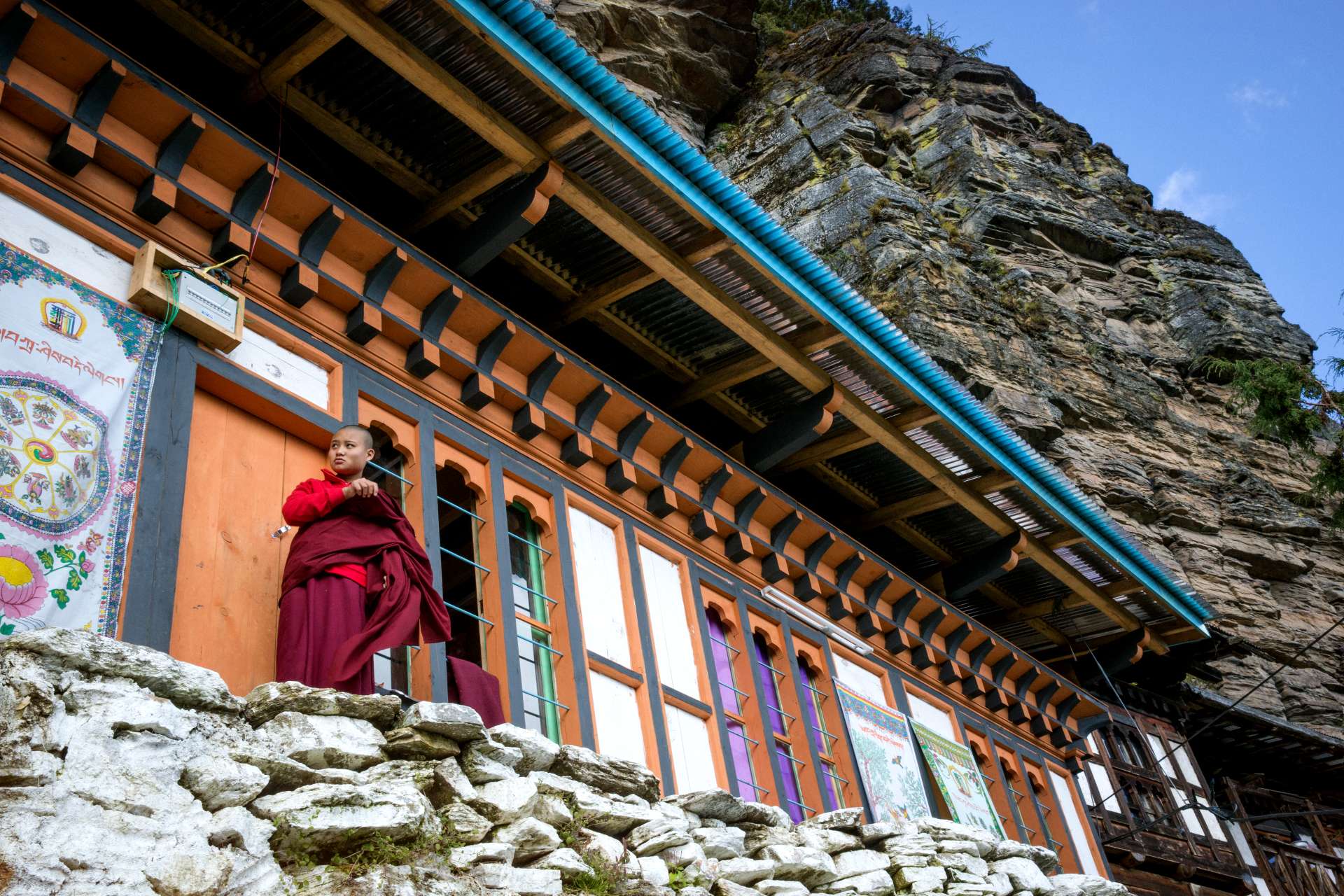 These photos of the life and culture along the trail: here, Bhutan’s Haa Dzongkhag Kila Goempa Nunnery. 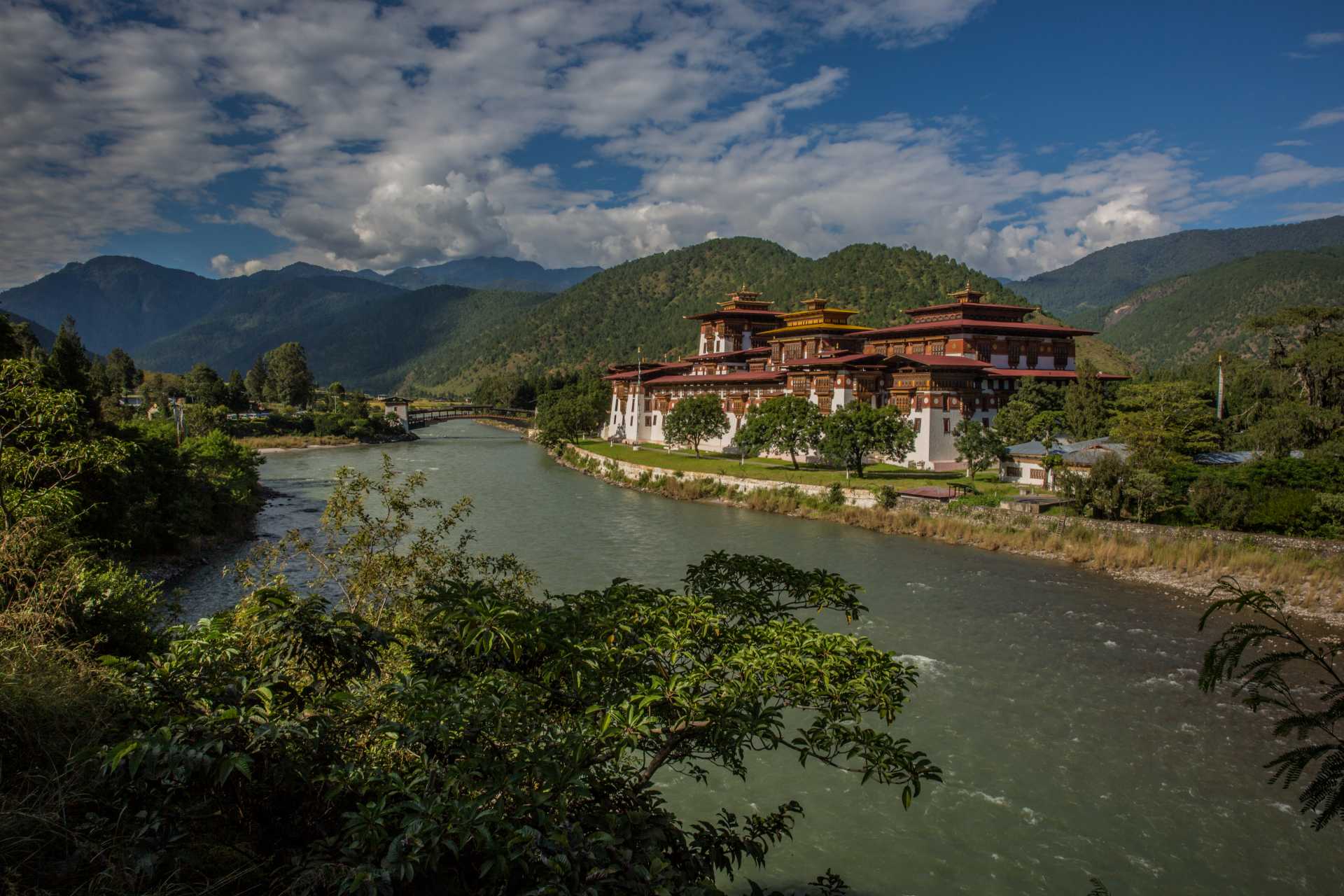 Punakha Dzong, the palace of bliss, in Bhutan, is along the trail.

The TBT is a member of the World Trails Network. And like many of today’s recreational trekking paths across the world, the route was originally used to unite the regions and then the country, the TBT project states, as well as connect “fortresses called Dzongs” and by message-runners called Garps. It “passes by more than 200 sacred sites” (Bhutan is a largely Buddhism-practising country), and its restoration included “over 40 organizations”— with, as it turns out, the Bhutan Canada Foundation leading the effort.

According to the BCF, a key goal of the project is to make the trail one of the most “technologically advanced and environmentally sustainable in the world,” with marker poles containing QR codes (with content and information on the trail, among other things), and “100 percent of profits from international trekkers who book trips through the TBT website” to be “reinvested into trail management, education programs, and community economic development.”  The TBT asserts that key to the project mission is social, cultural and environmental sustainability, in every way. 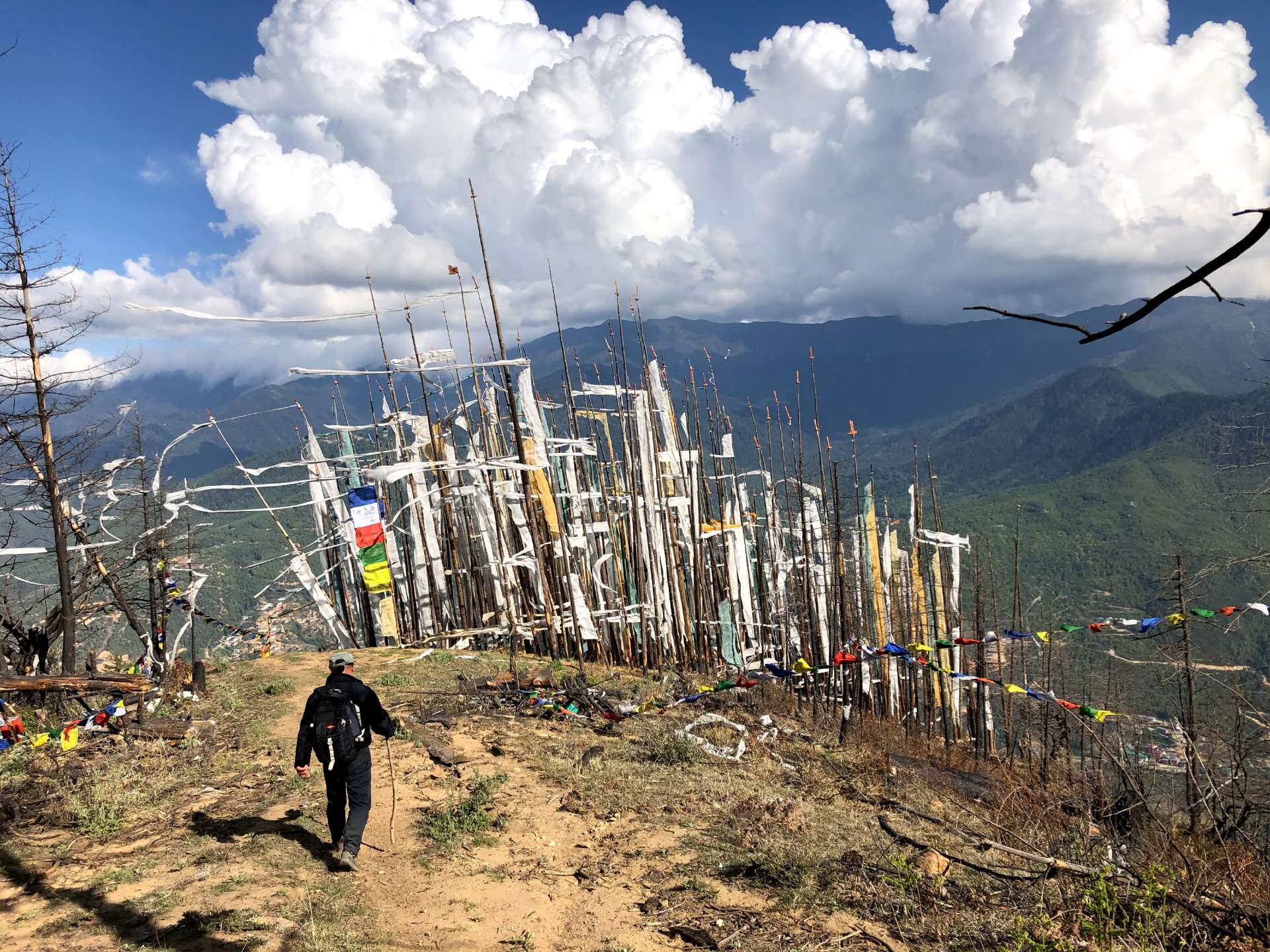 A trekker heading towards just one of the stunning views you can find along the Trans Bhutan Trail. 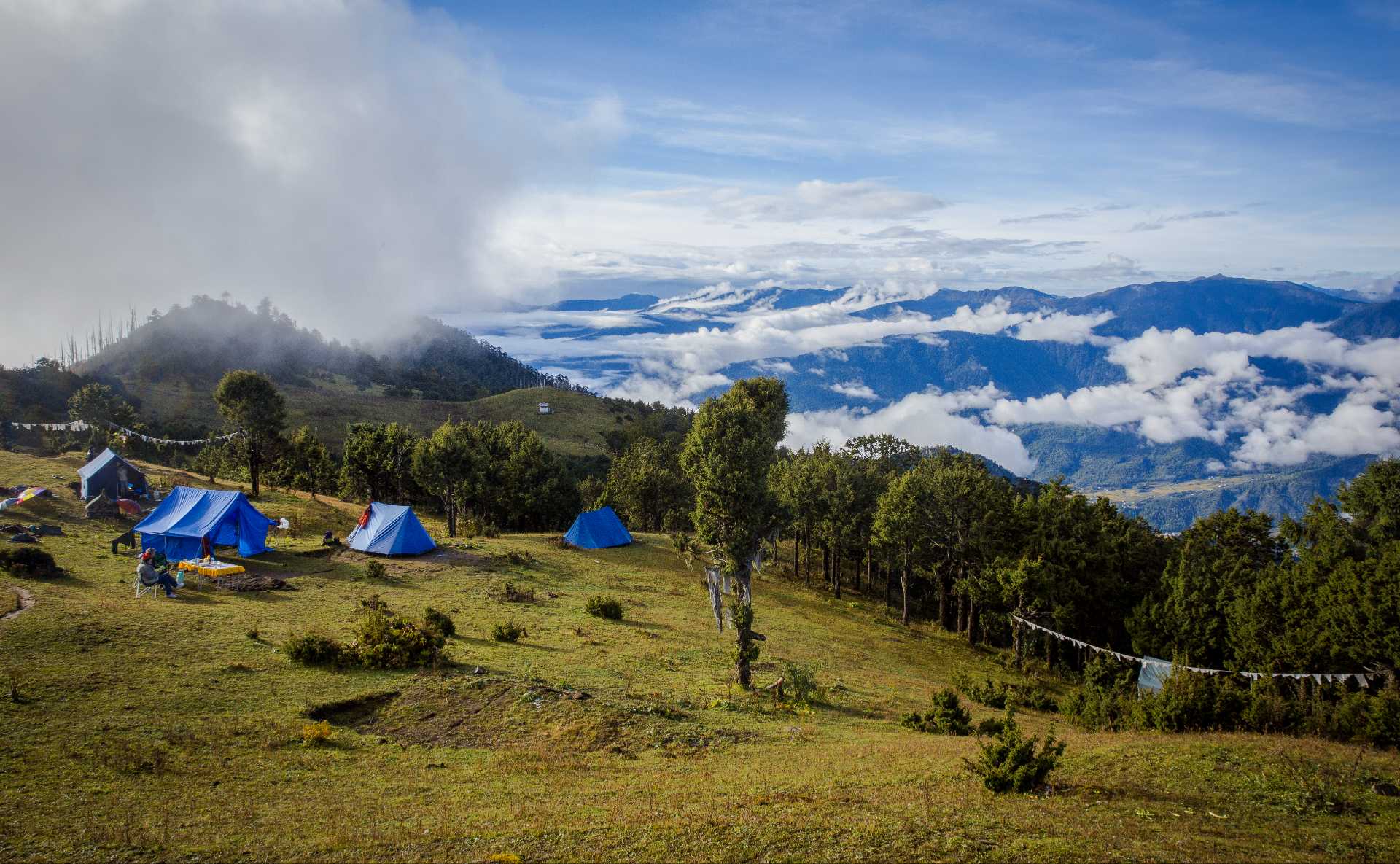 Making camp along the trail at the Bumdram Temple, Bhutan.

You can check out the Trans Bhutan Trail here for current photos, dispatches and updates on what’s happening on and around the trail at any point in time. And there’s a great story on the TBT’s site (with great photos, too) called “Walking in the Footsteps of our Ancestors” showing the trail being constructed, and how the recent pandemic unexpectedly impacted its feasibility. Seriously, you’ll just want to get a plane and go.

According to G Adventures, which launched in Canada in 1990 though now operates in offices across the world, not only was it chosen as the TBT’s “exclusive launch partner,” but it will be “the first group adventure operator to take travellers” along the trail in October — which already appears will be a popular tour, since the inaugural one is already sold out.

Luckily though, the operator is offering two new “active trekking itineraries” in 2023 and beyond for the trail in Bhutan — where the government keeps strict controls on how many foreign tourists are allowed in, and where societal contentment is thought so valued that every five years, the country famously measures its “Gross National Happiness.” (Here’s a great backstory on that.)

As the country has limits on international visitors — and charges them a per diem fee of about $200 USD — an organized tour might be the way to go as an operator will do all the paperwork, and tends to include the per diem fee in the overall price (but always ask/verify this with the operator).

Having said all that, here are overviews of the 2 Trans Bhutan Trail tour options that G Adventures is now offering: 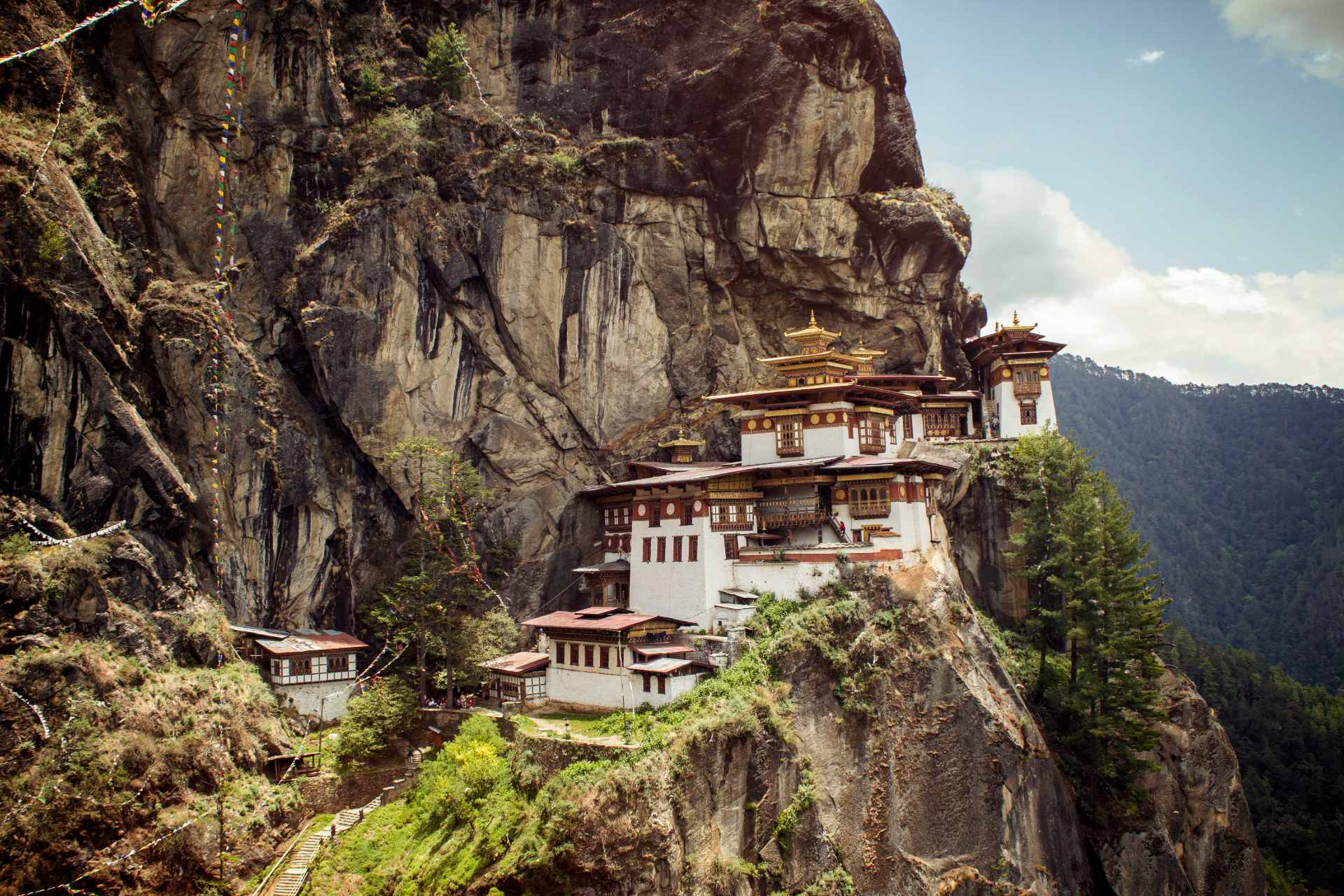 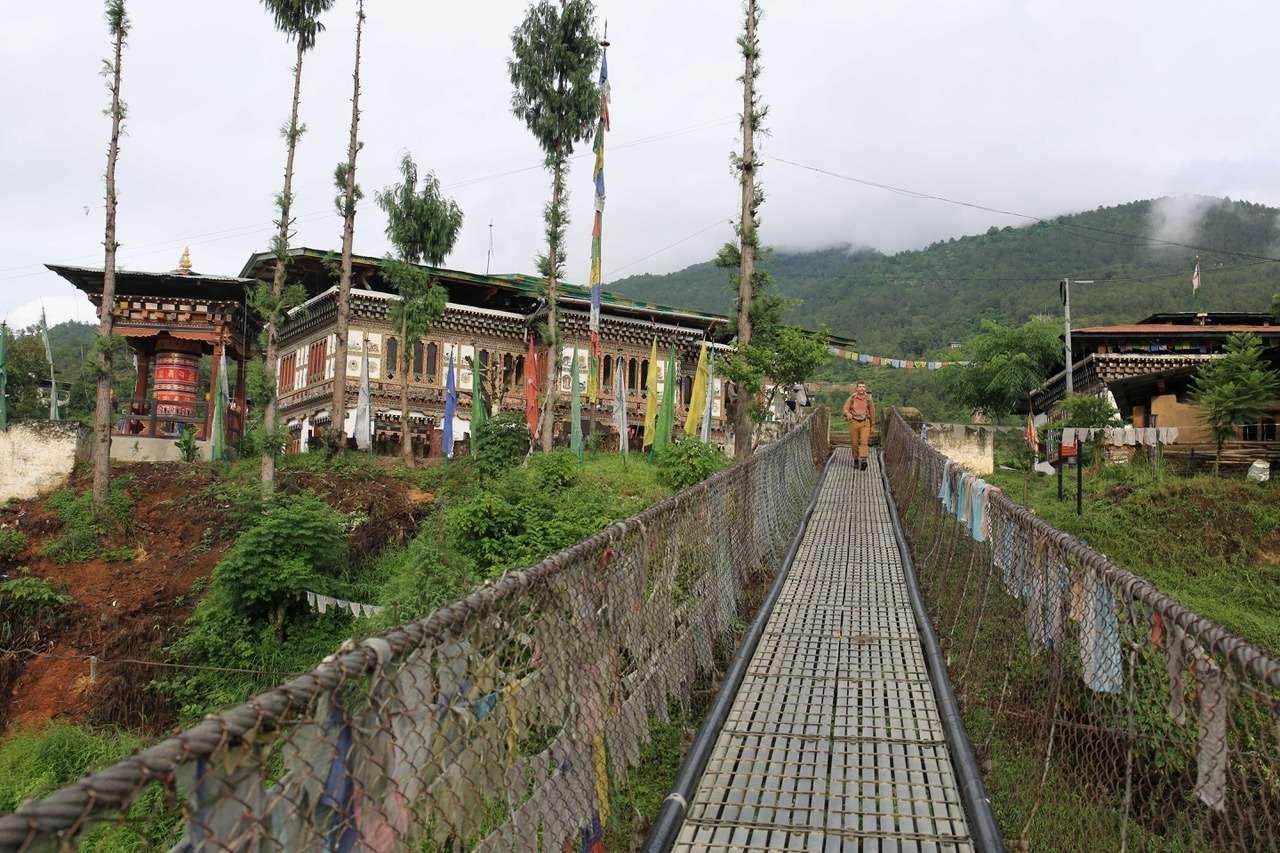 These photos courtesy of G Adventures: portions of and life along the Trans Bhutan Trail. 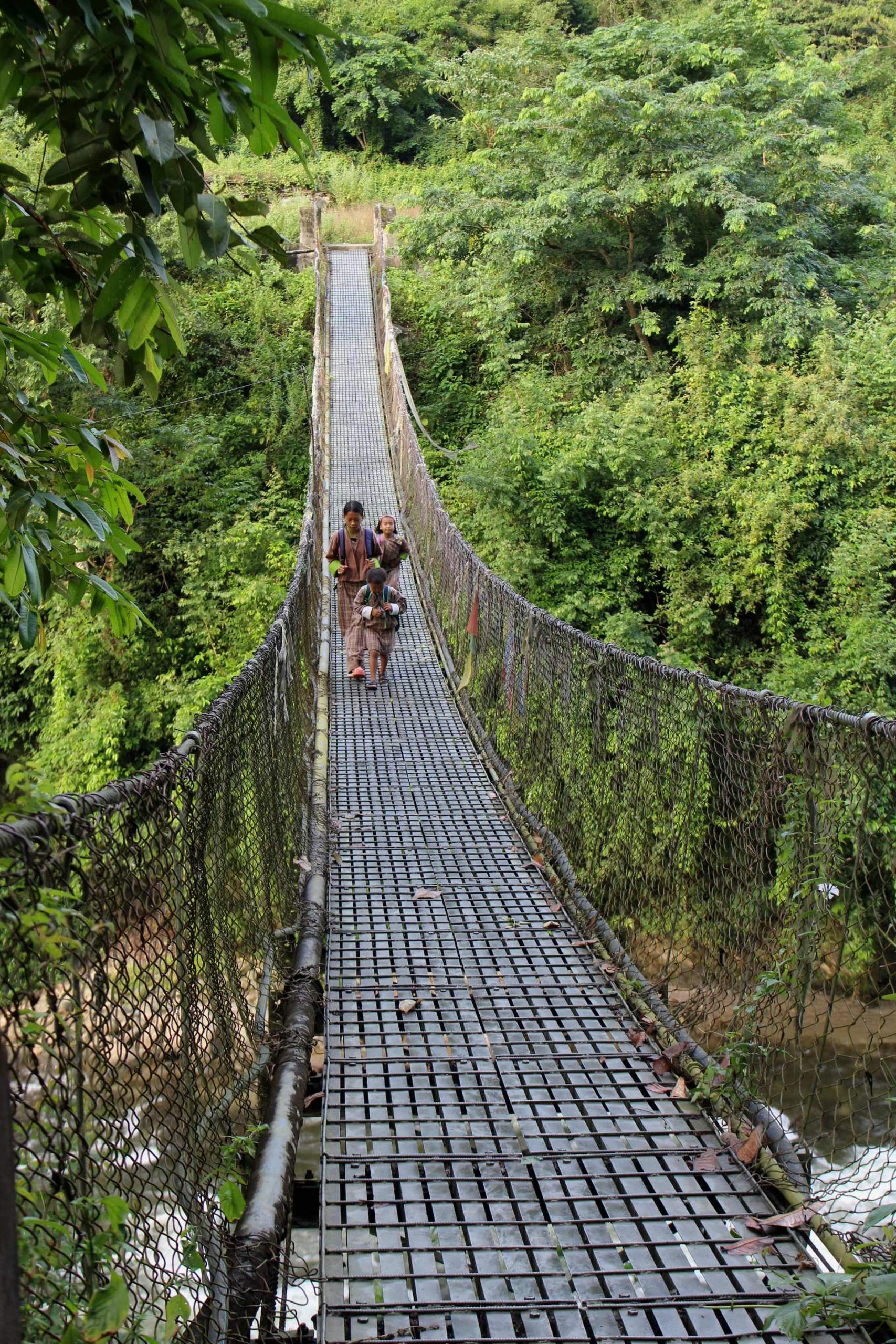 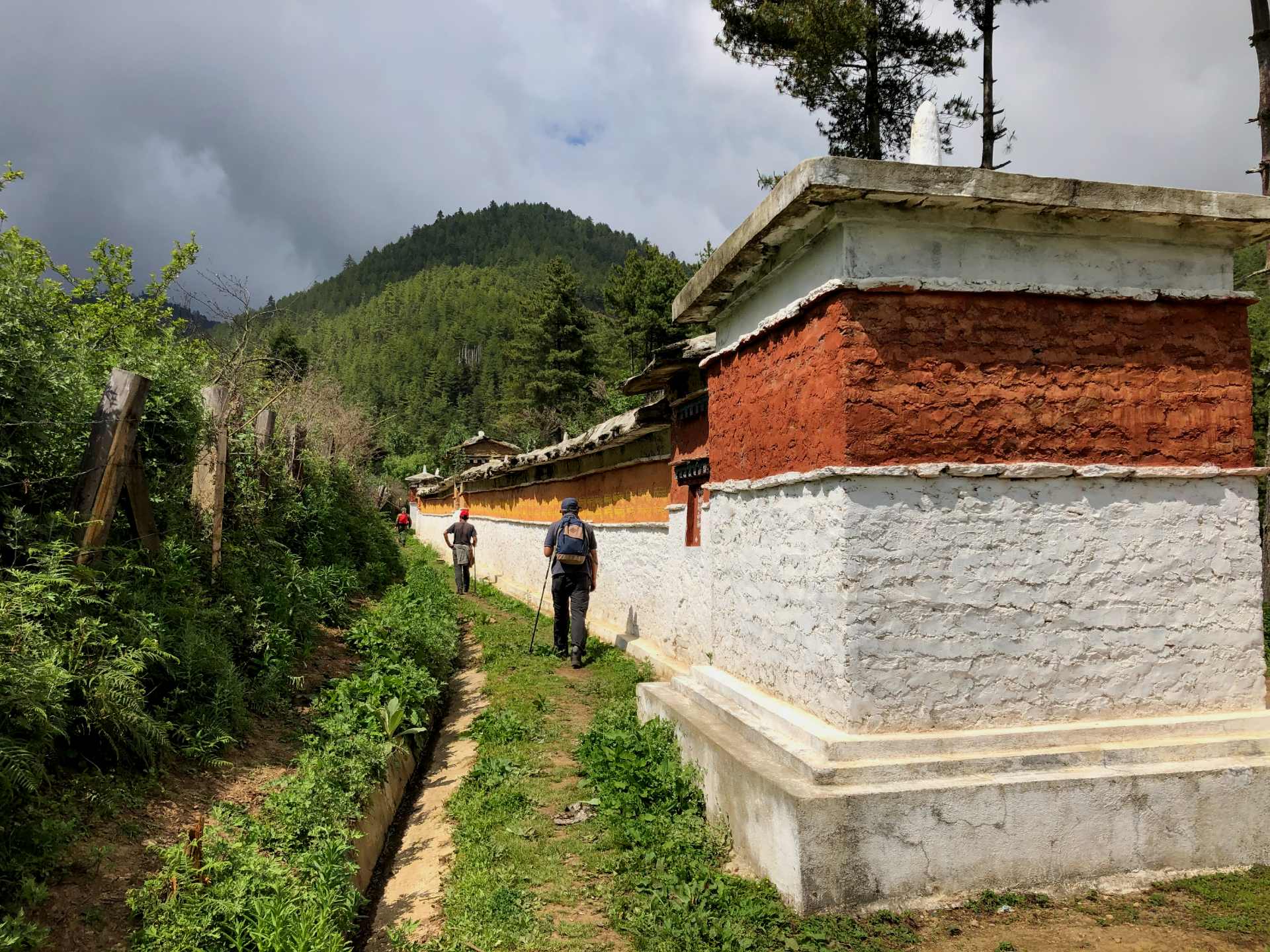 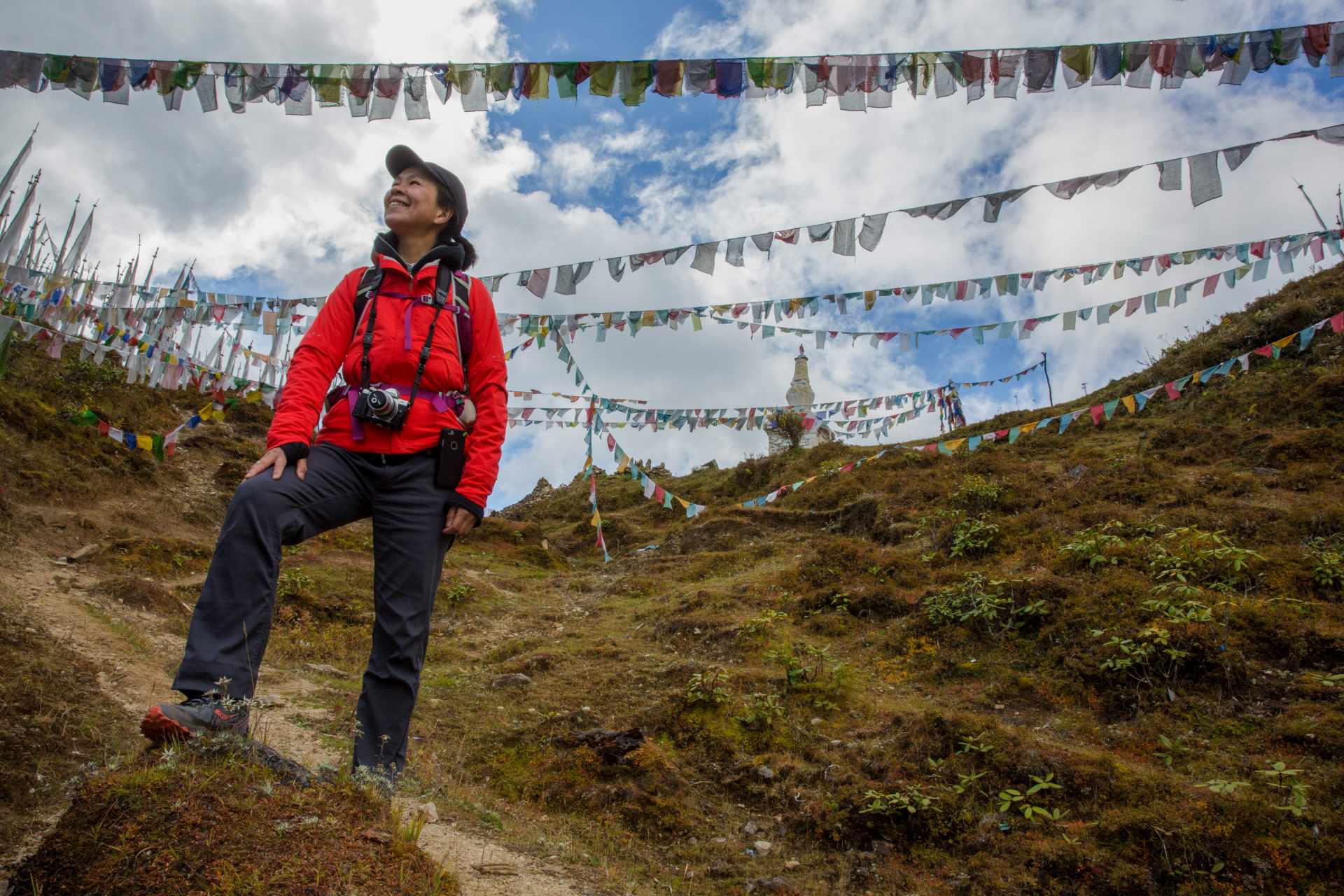 For specific details on these G Adventures Trans Bhutan Trail treks (and for terms, conditions, pricing and dates of departs on offer), you must contact the operator directly. Also, it might be worth noting (yet maybe stating the obvious?) that an important caveat when considering these treks is that Bhutan is a high-altitude country, and any trek or even travel you undertake there has an increased difficulty rating because of it. And of course, it’s mountainous, so trekking uphill is part of the deal.

Finally, we definitely advise that you ask the operator specifically about the treks’ difficulty ratings, and be sure to consult your doctor or health care professional for guidance. Always (always!) go to the expert. ♦

From Highland to Rainforest, Trekking Off The Beaten Trails in Peru